There Could Be A Monster Inside You. Detecting Fascism PSJM Survey 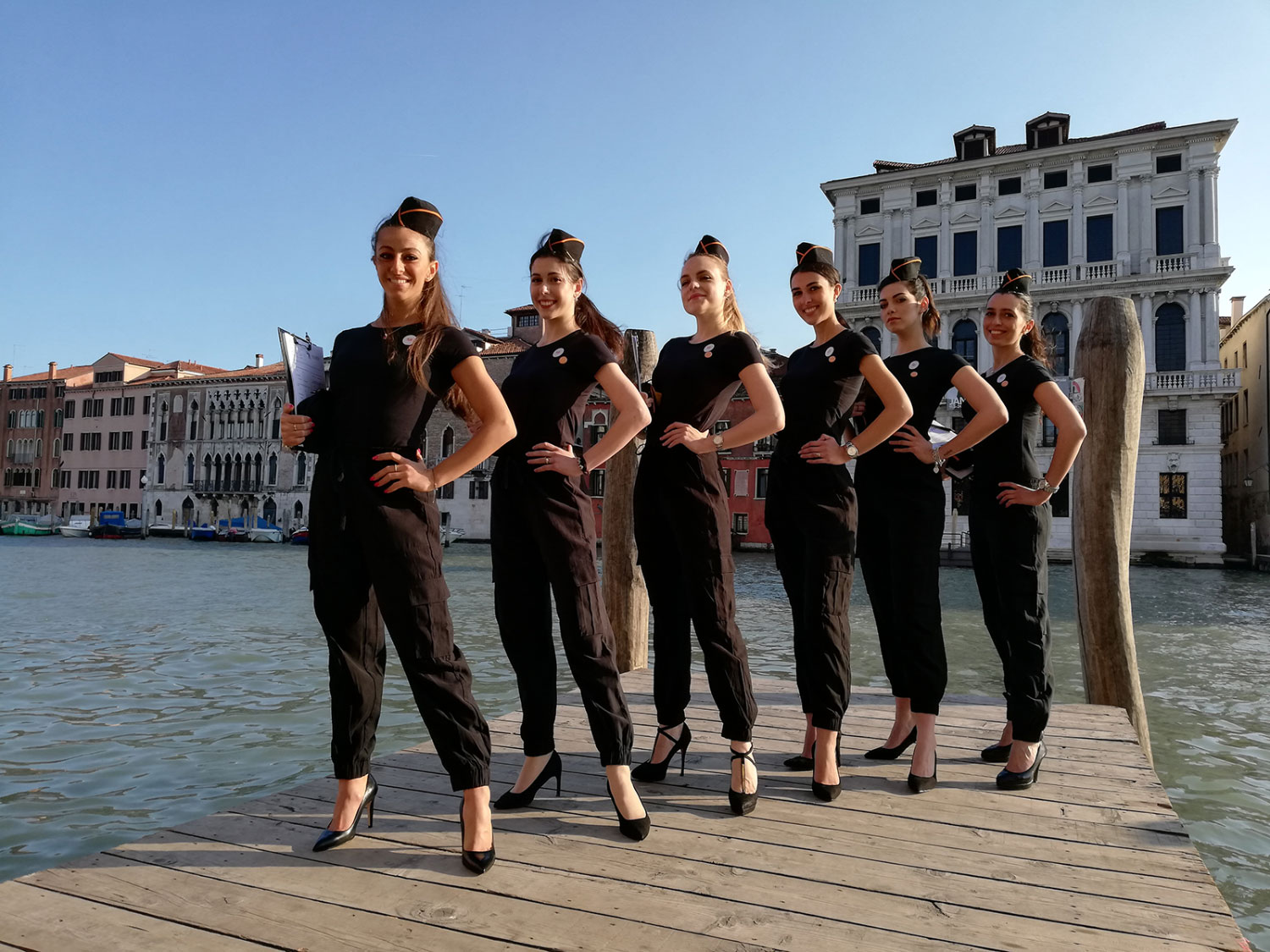 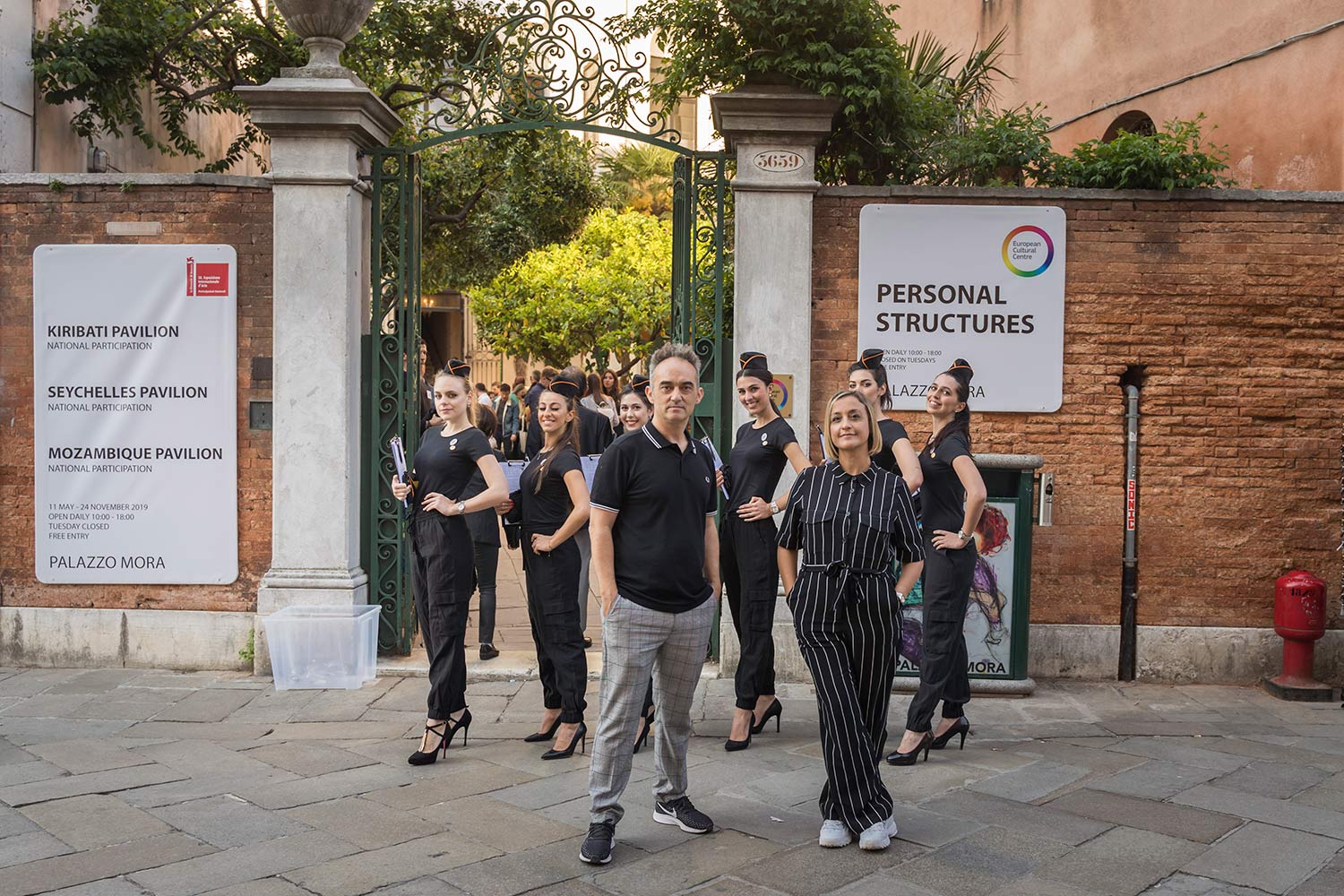 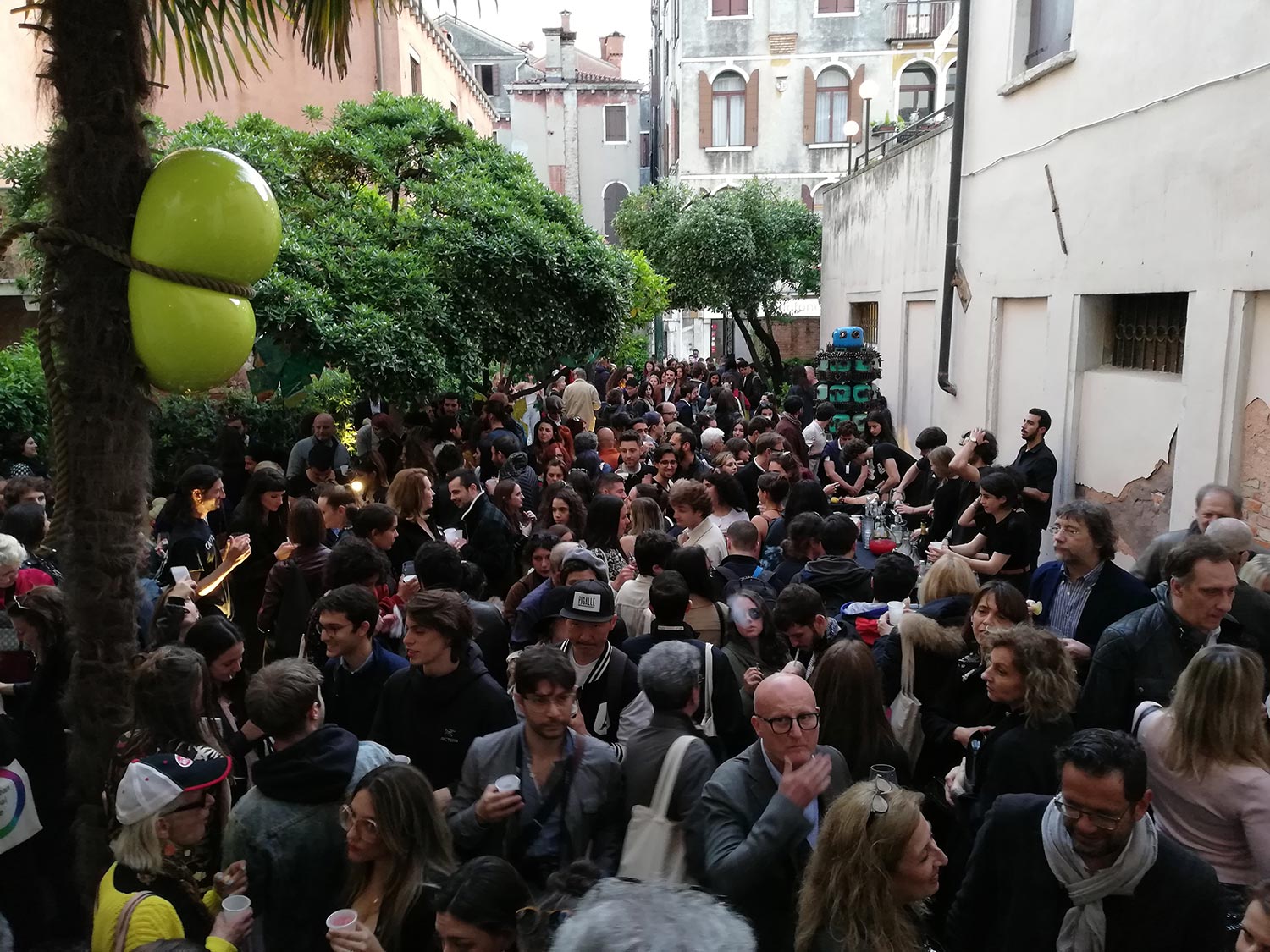 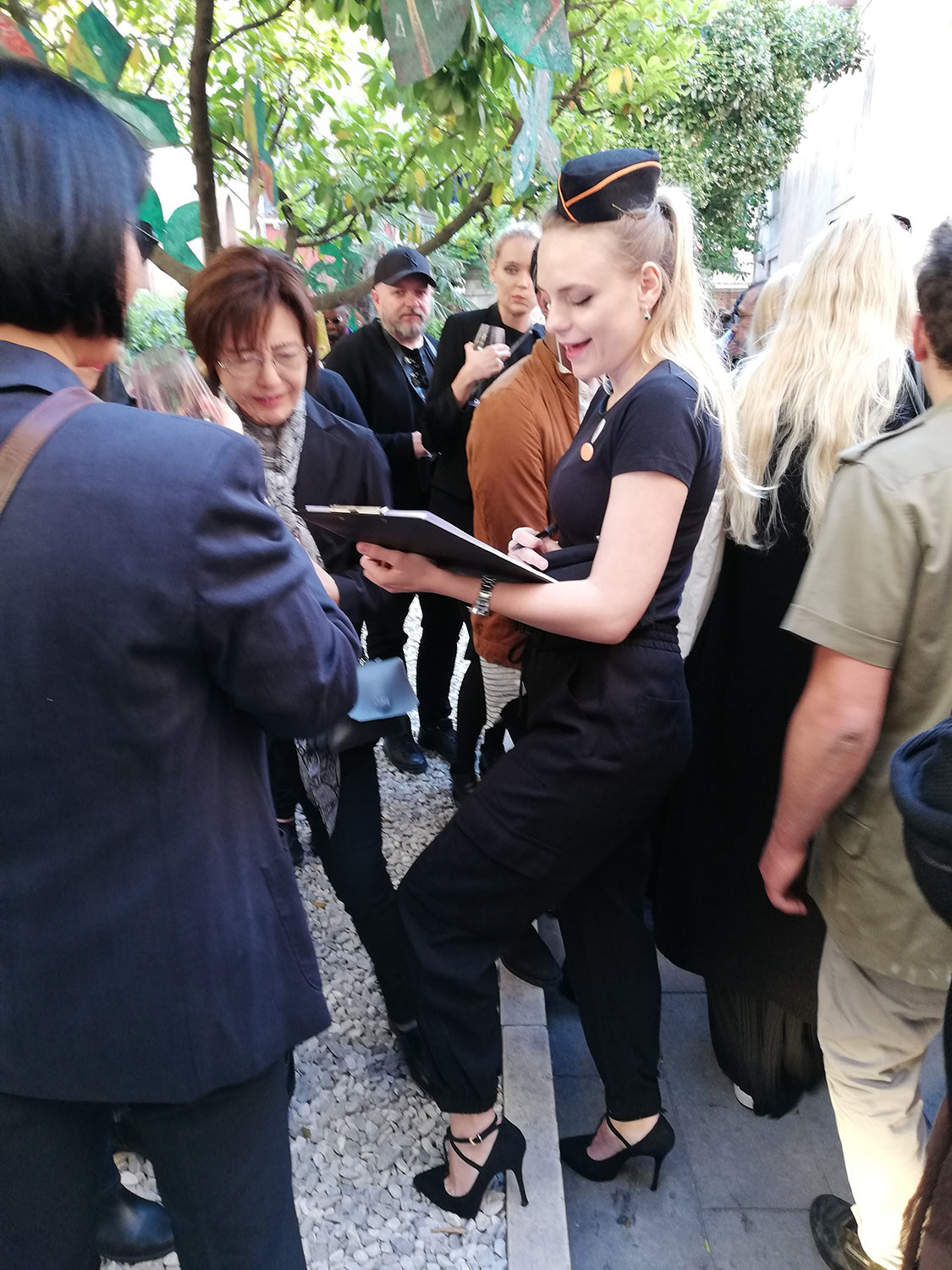 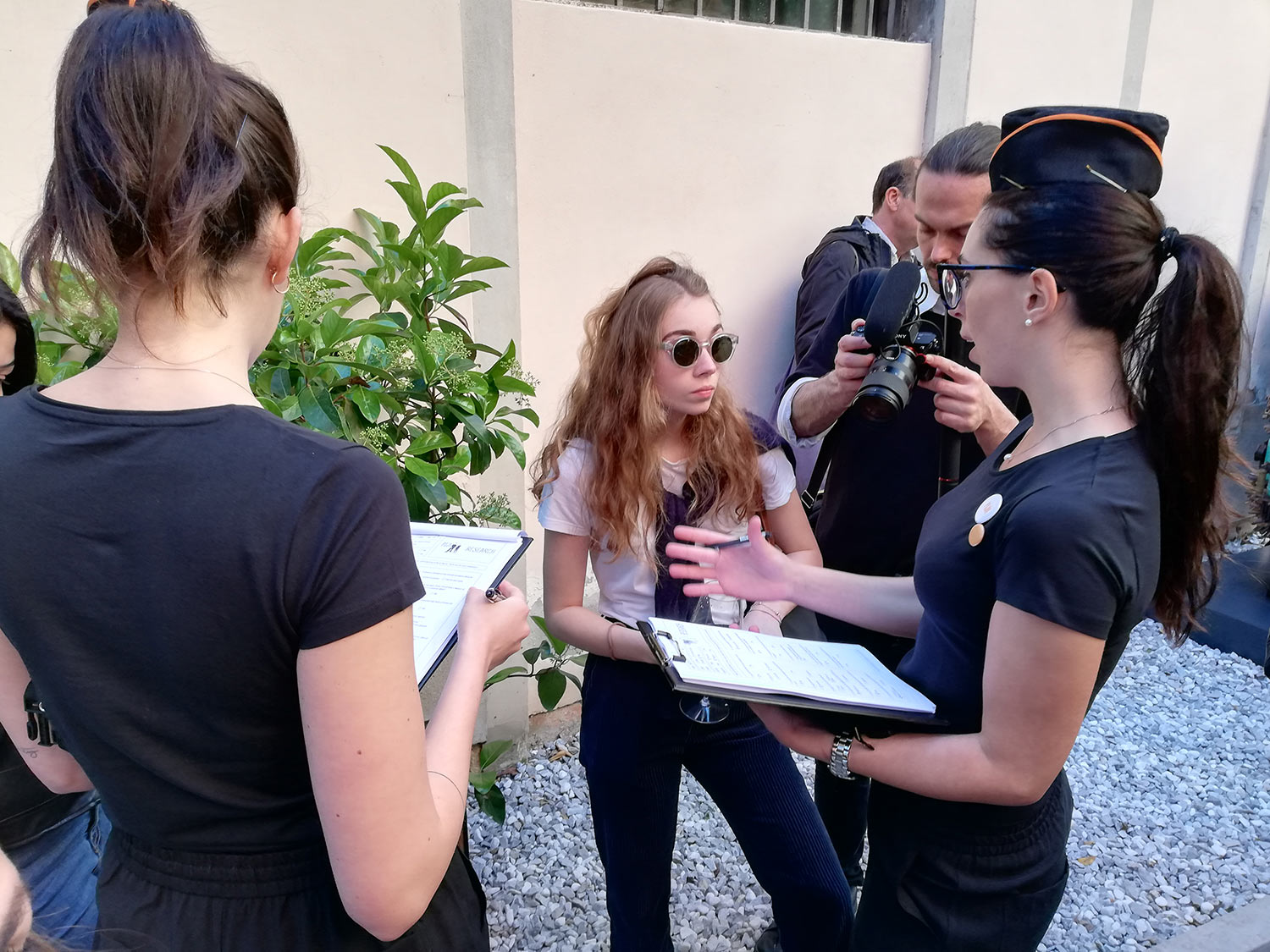 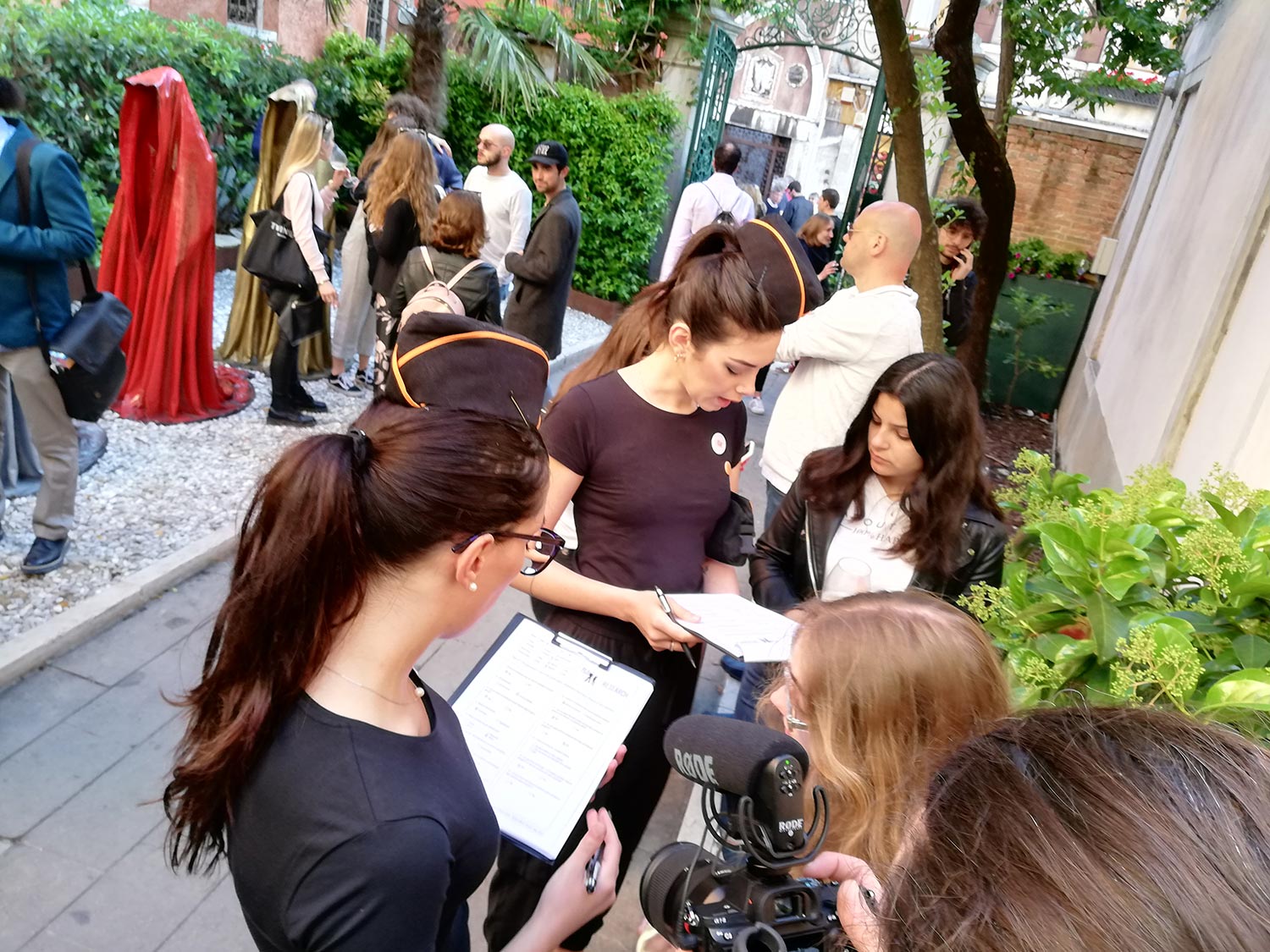 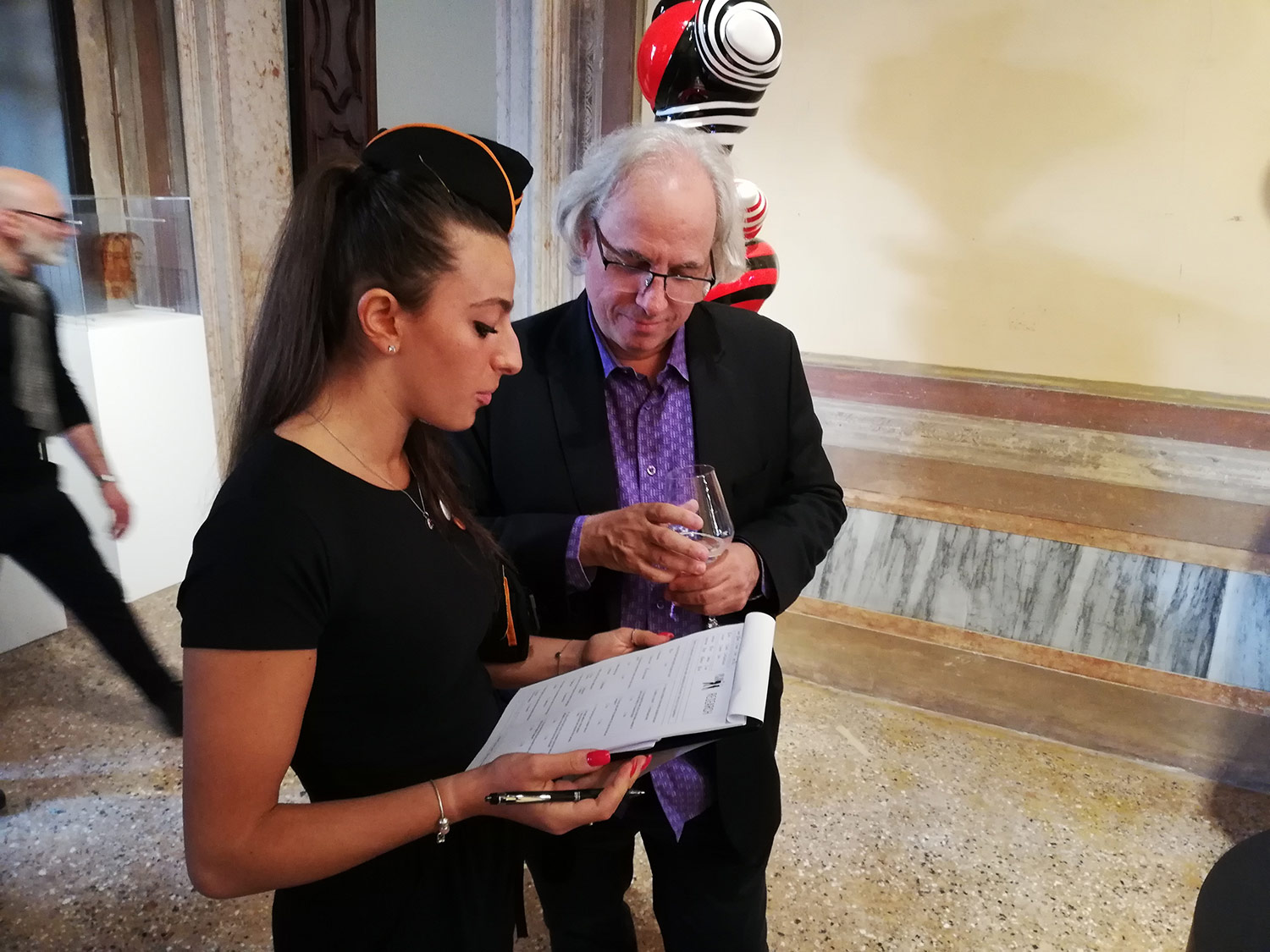 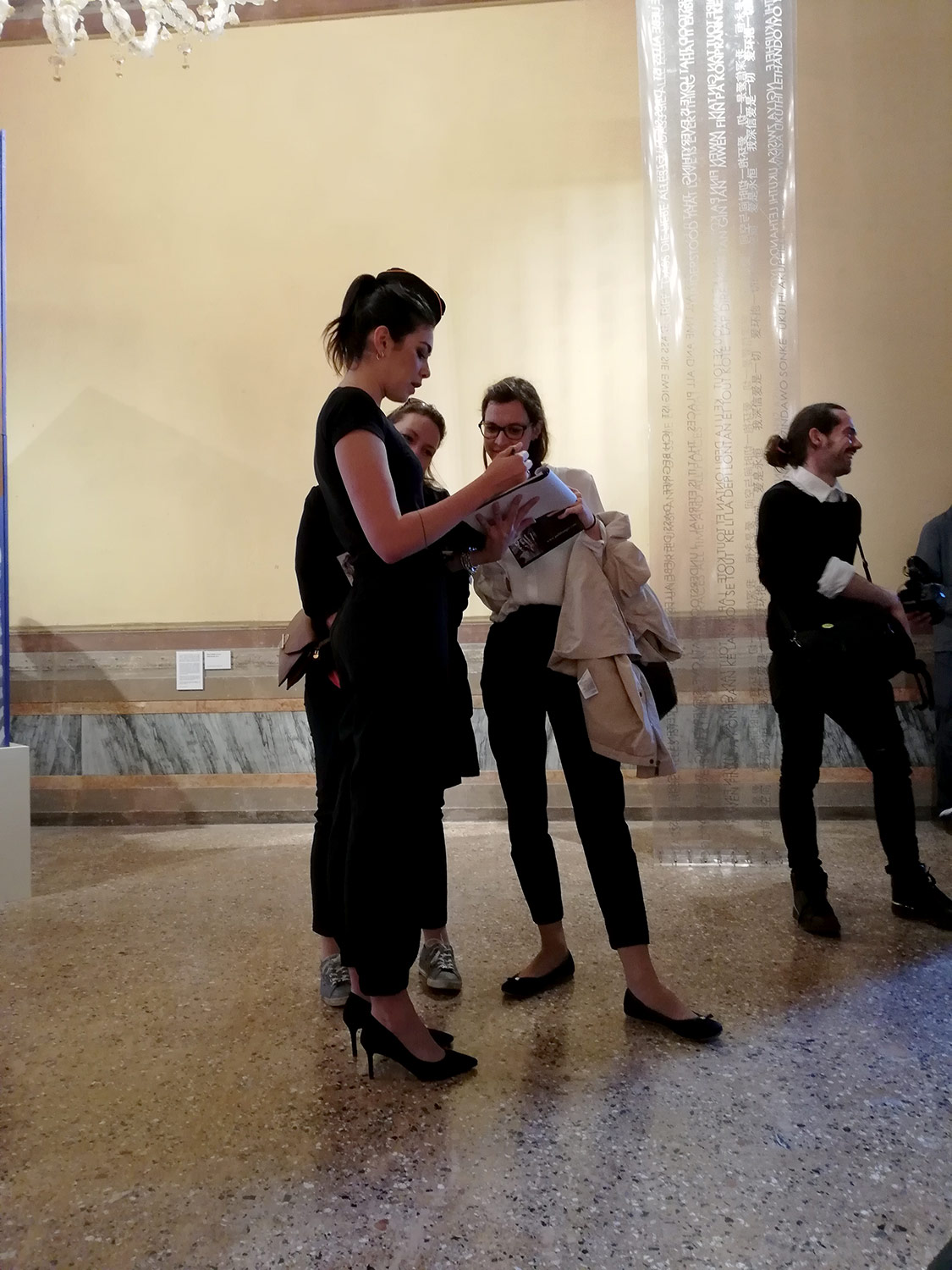 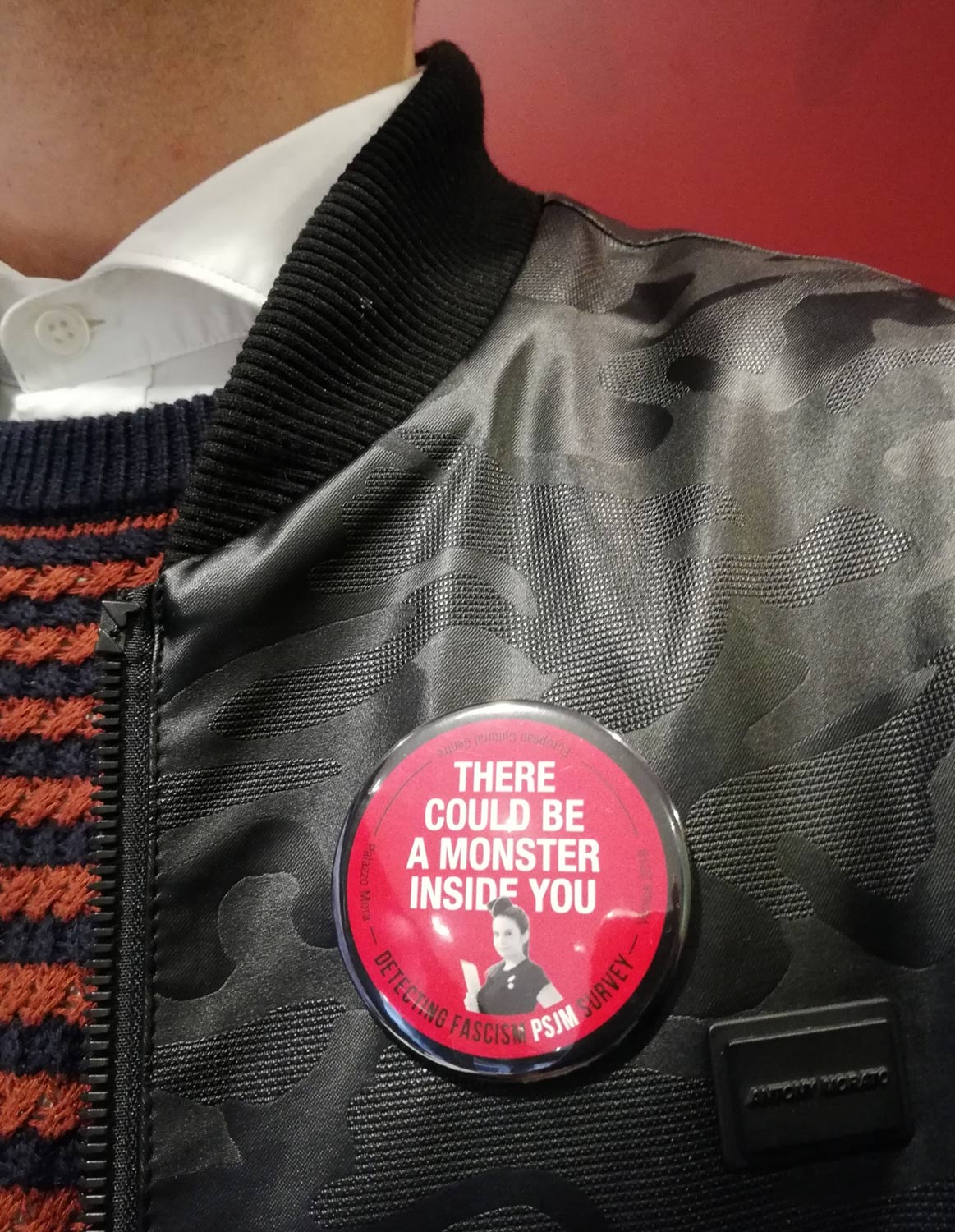 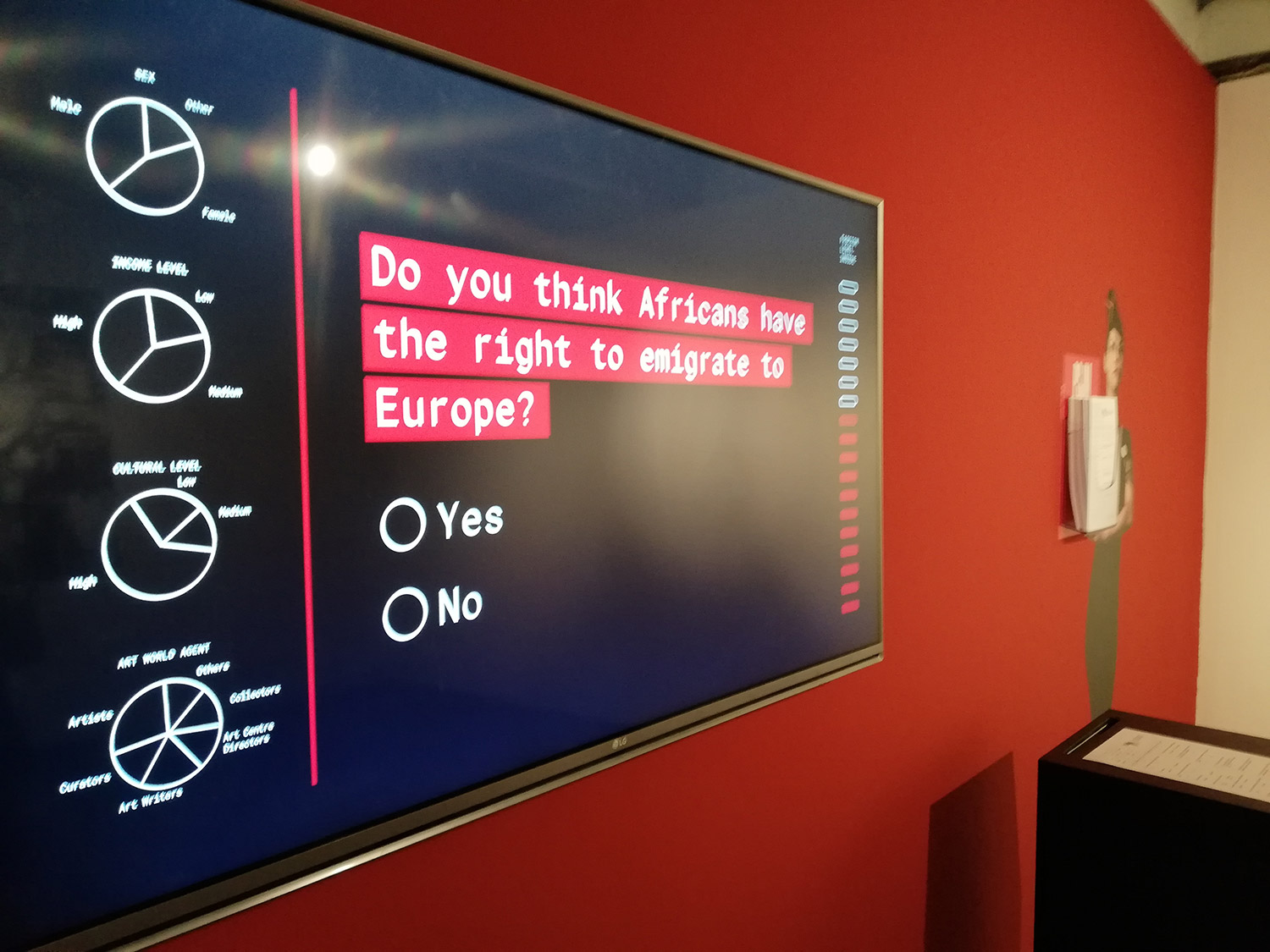 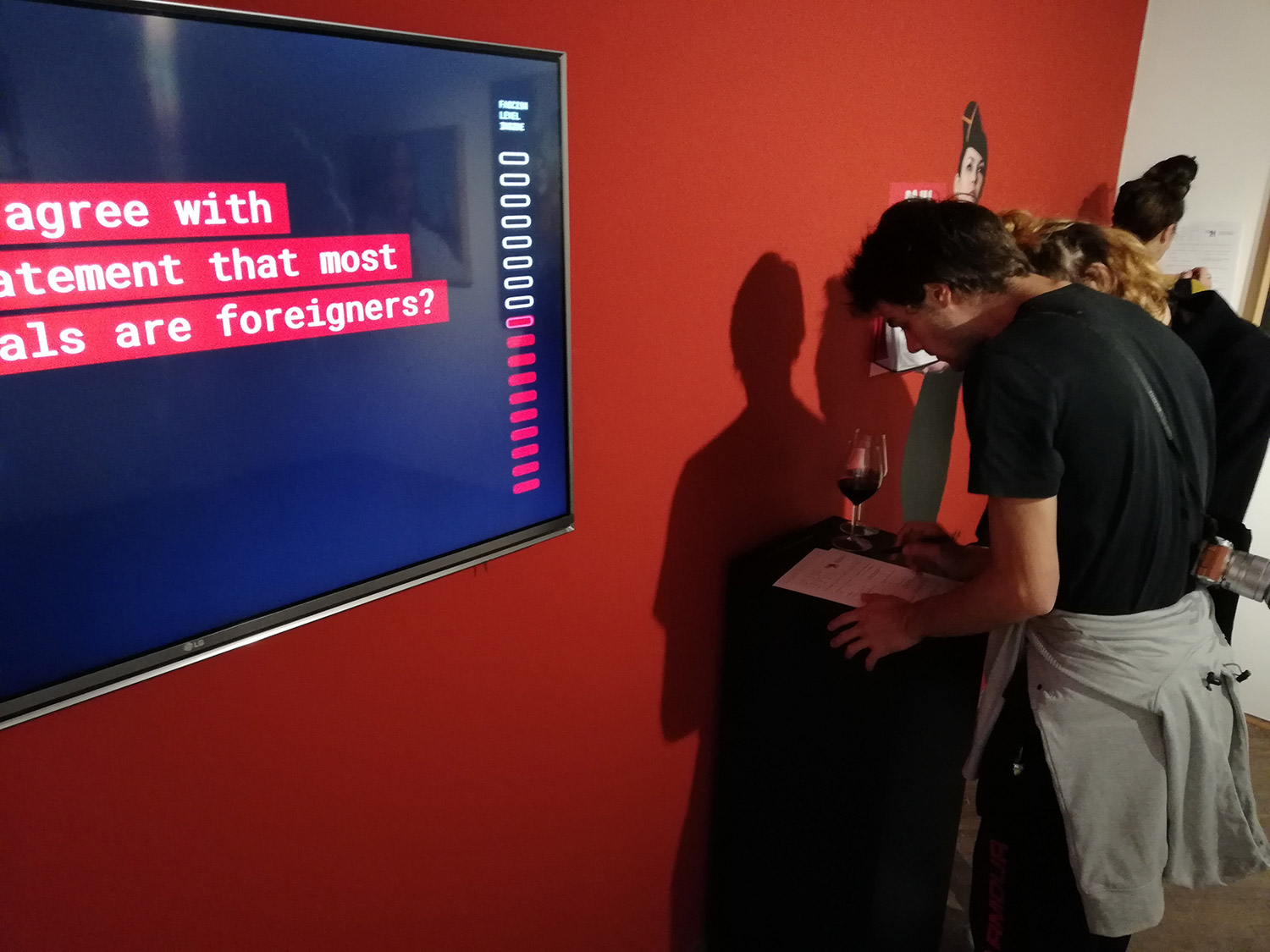 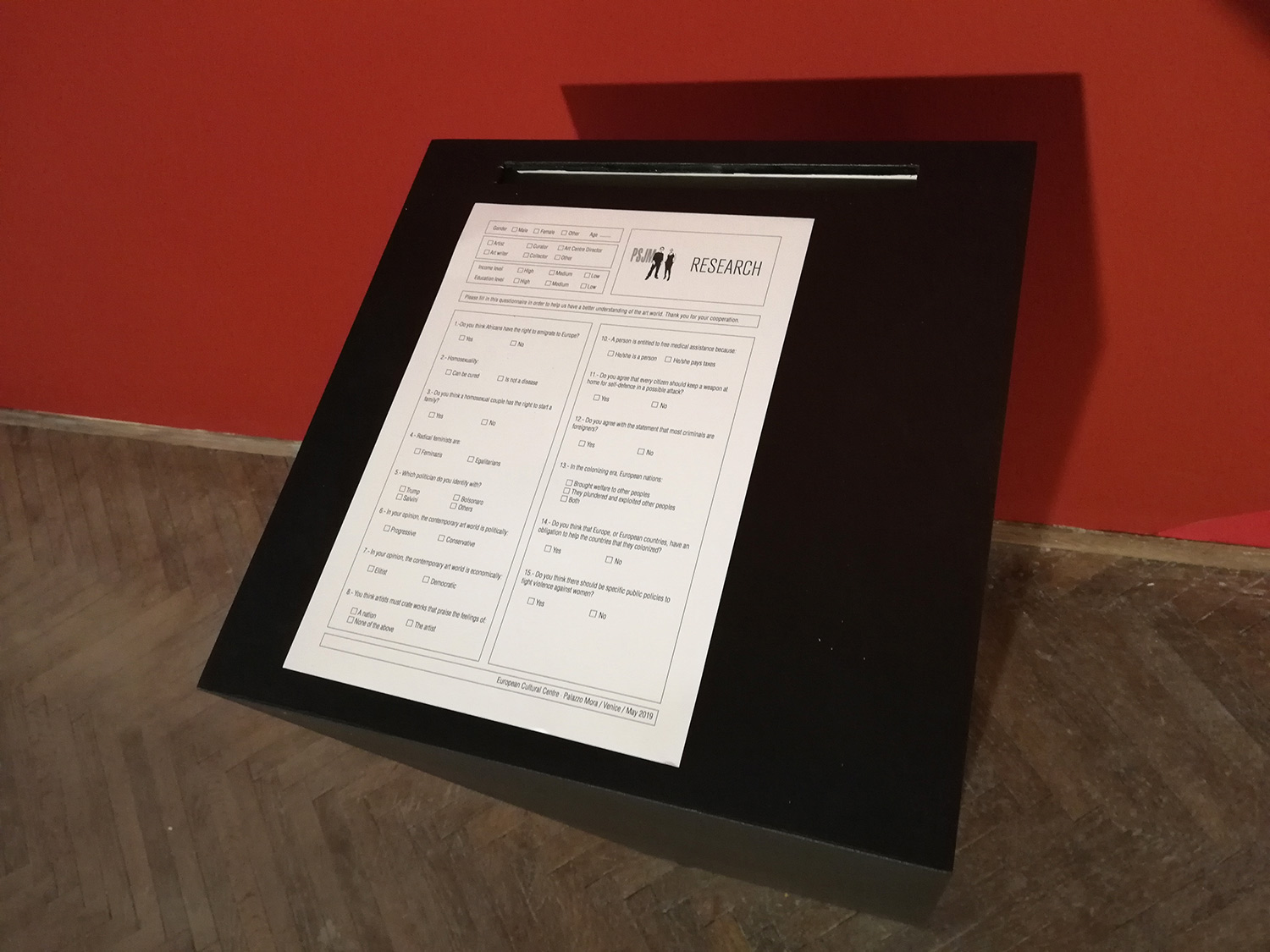 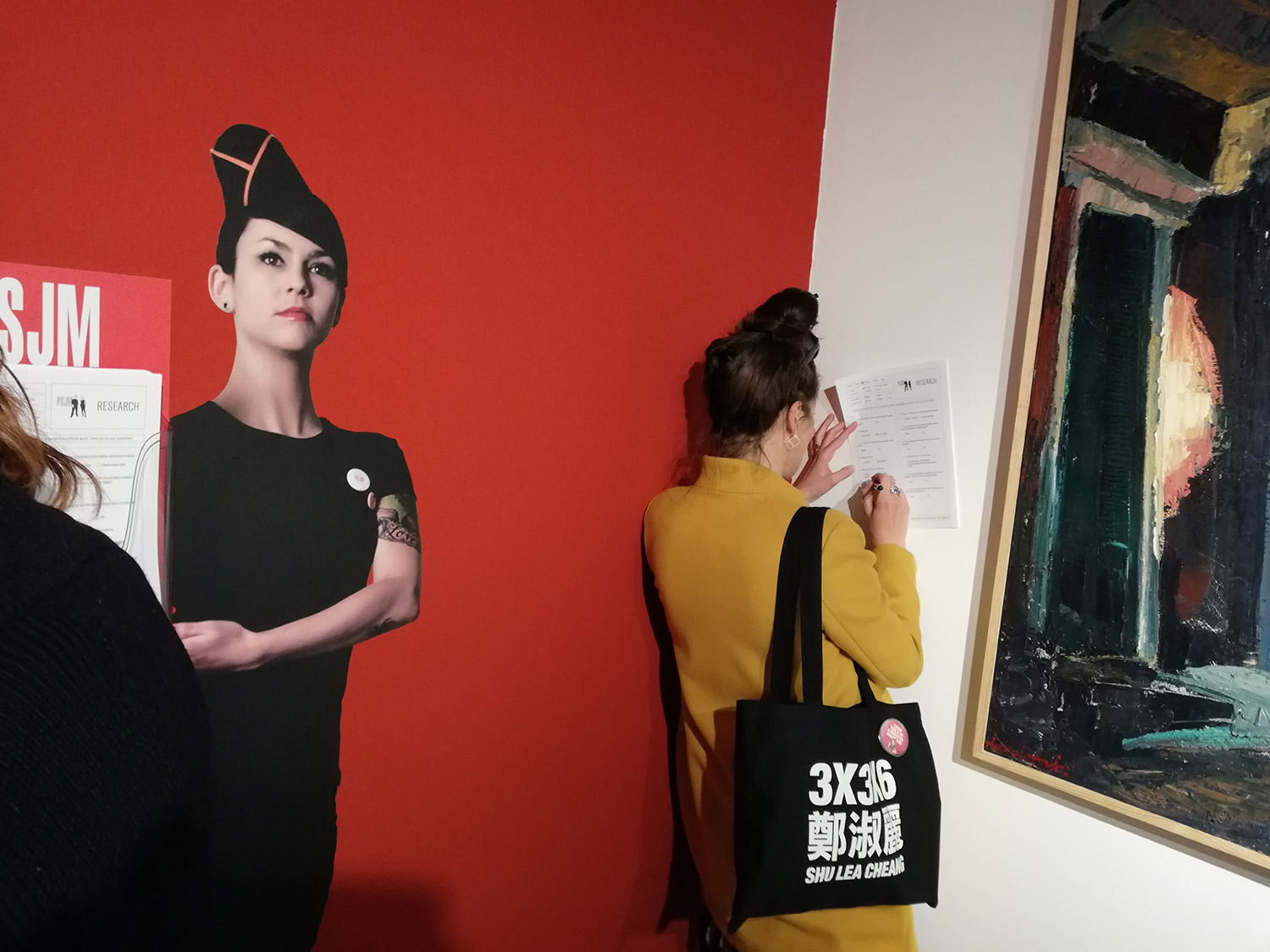 PSJM presented on May 10 its intervention “There Could Be A Monster Inside You. Detecting Fascism PSJM Survey” (performance and video-installation) within the exhibition “Personal Structures” at the headquarters of the European Cultural Center in Palazzo Mora. An exhibition with a large audience and an important presence in the context of the 58th Venice Biennial, in which the Canarian artistic team exhibits together with great legends of conceptual art and actionism, such as Lawrence Weiner, Valie Export, Yoko Ono, Hermann Nitsch and a good number of international artists. The space also hosts three official pavilions: Mozambique, Kiribati and Seychelles.

PSJM presents in Venice one of its “corporate performances”, in which uniformed hostesses interact with the public in order to cause startle and reflection. Combining marketing and totalitarianism, using the strategy of “overidentification” theorized by Zizek, the collective presents itself aesthetically appropriating the strategies and modes of seduction of the capitalist system in an authoritarian way.

On this occasion, the hostesses ask questions to the attending public, related to some of the issues exposed by the reactionary speech of the international extreme right. Issues that were now considered to be over, struggles over rights that we already thought we had won, are once again in the limelight, submerged as we are on a dangerous path of regression with respect to the democratic quality of our societies. The authoritarian drift that political discourse has taken after the great economic crisis, planned and perpetrated by the triumphant neoliberalism, abandons citizens to an uncertain world in which the phantom of fascism takes shape with a soft aesthetic.

The action, held at the heart of the world of international art, has two objectives: to make respondents reflect on these matters, while also proposing tricky issues that may reveal certain trends close to the neo-fascist discourse internalized by the public of the art world. Bringing out a monster that they did not think they had inside.

A video that records the action has been made, and it will be shown during the duration of the exhibition, until November 24, on a screen in one of the rooms of Palazzo Mora, accompanied by the full-size photo of one of the hostesses and surveys that the public can also fill out and enter in a pedestal-mailbox at the exhibition.

It is not the first time that the Gran Canaria-based collective exhibits in the context of the Venice Biennial. In 2015, coinciding with the 56th edition and within the exhibition “Beyond the Tropics”, they presented the video belonging to their project “ANCAPS: Total Market”, which also used the strategy of overidentification to reveal the anarcho-capitalist academic ideology that underlies the economic and antisocial policies of neoliberalism. In these four years, that same ideology has proven to line up perfectly with the postulates of extreme-right populism. Steve Bannon, the new Goebbels who has placed Trump and Bolsonaro in power, and who is advising many right-wing populist parties in Europe, is a good example of the danger posed by the combination of ultraliberalism, ultranationalism and mass manipulation through lies spread through social media. “There Could Be A Monster Inside You. Detecting Fascism PSJM Survey” is a wake-up call. A warning to users.