Book only available in Spanish. 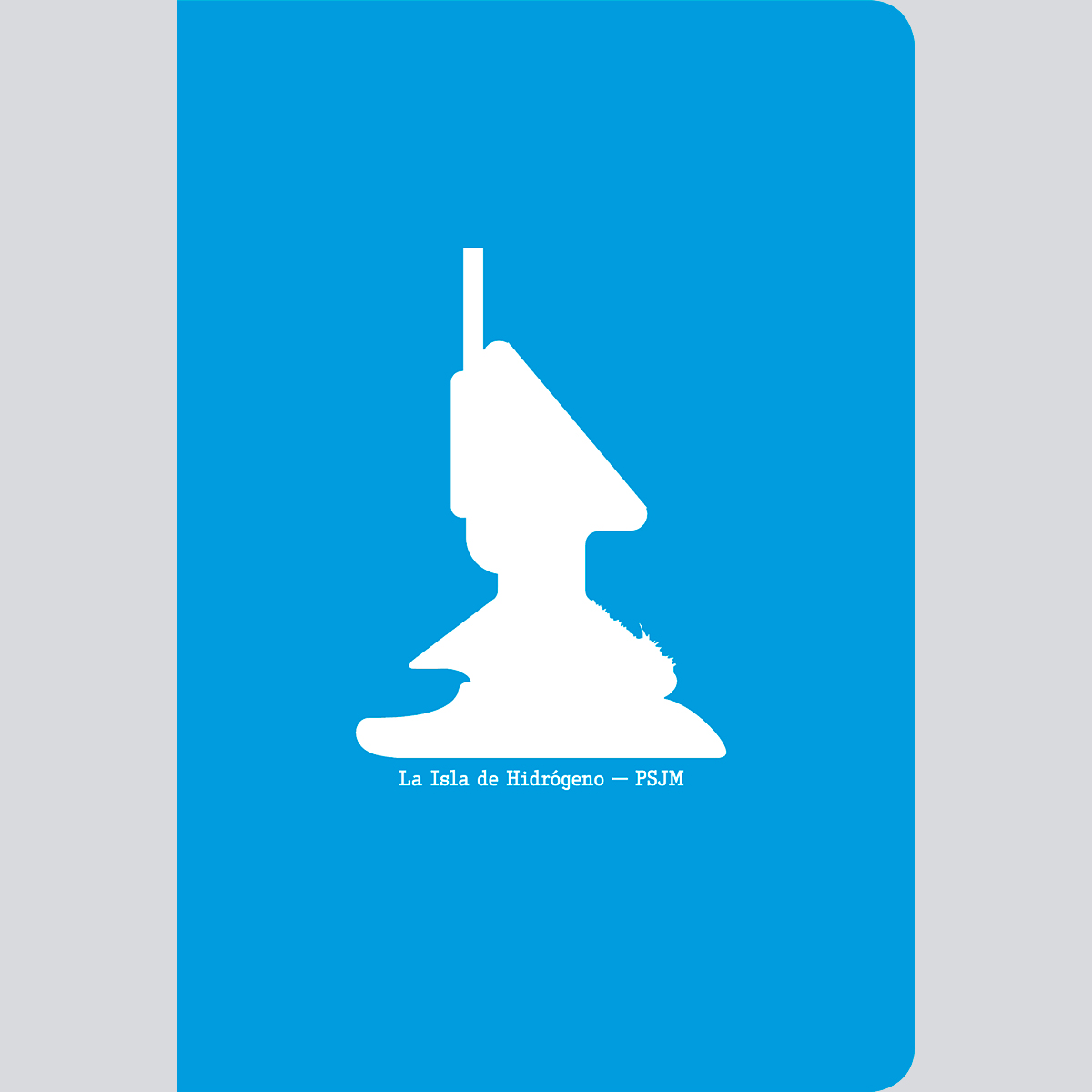 With an agile style of cinematographic touches, which does not elude the poetic rhythm of words or the aesthetic enjoyment of images, PSJM presents a well-structured swarm of solid characters that are enshrined in several organically linked plots. With The Hydrogen Island, this artistic duo living in Berlin brings back into contact seemingly disparate spheres of culture, combining utopian literature, of a philosophical, sociological and political nature, with the entertainment narrative, in which suspense, violence, love, action and personal relationships drag the reader through a continuous reflection about current society.

The novel The Hydrogen Island follows a tradition initiated by William Morris and his News from Nowhere, in which the artist-theorist is committed to an ideal vision of society through the narrative. Likewise, it incorporates aspects of the Swedish black novel that, in PSJM’s eyes, suppose authentic Scandinavian dystopias, where entertainment literature happily meets social criticism.

«There lies its strength. It does not intend to sell the earthly paradise and builds its utopia on a dystopian basis. It is “a utopia for which a high price has to be paid”, the authors write in the introduction. It is “an entropic utopia”, they add».
José María Durán. Cultural researcher, Hanns Eisler University, Berlin.

«Extraordinary. Some descriptions of extreme lyricism,
a very interesting content with that experimental nature
so complicated to achieve, that excites and engages».
Sonia Mauricio. Cultural critic, ULPGC, Las Palmas G.C.