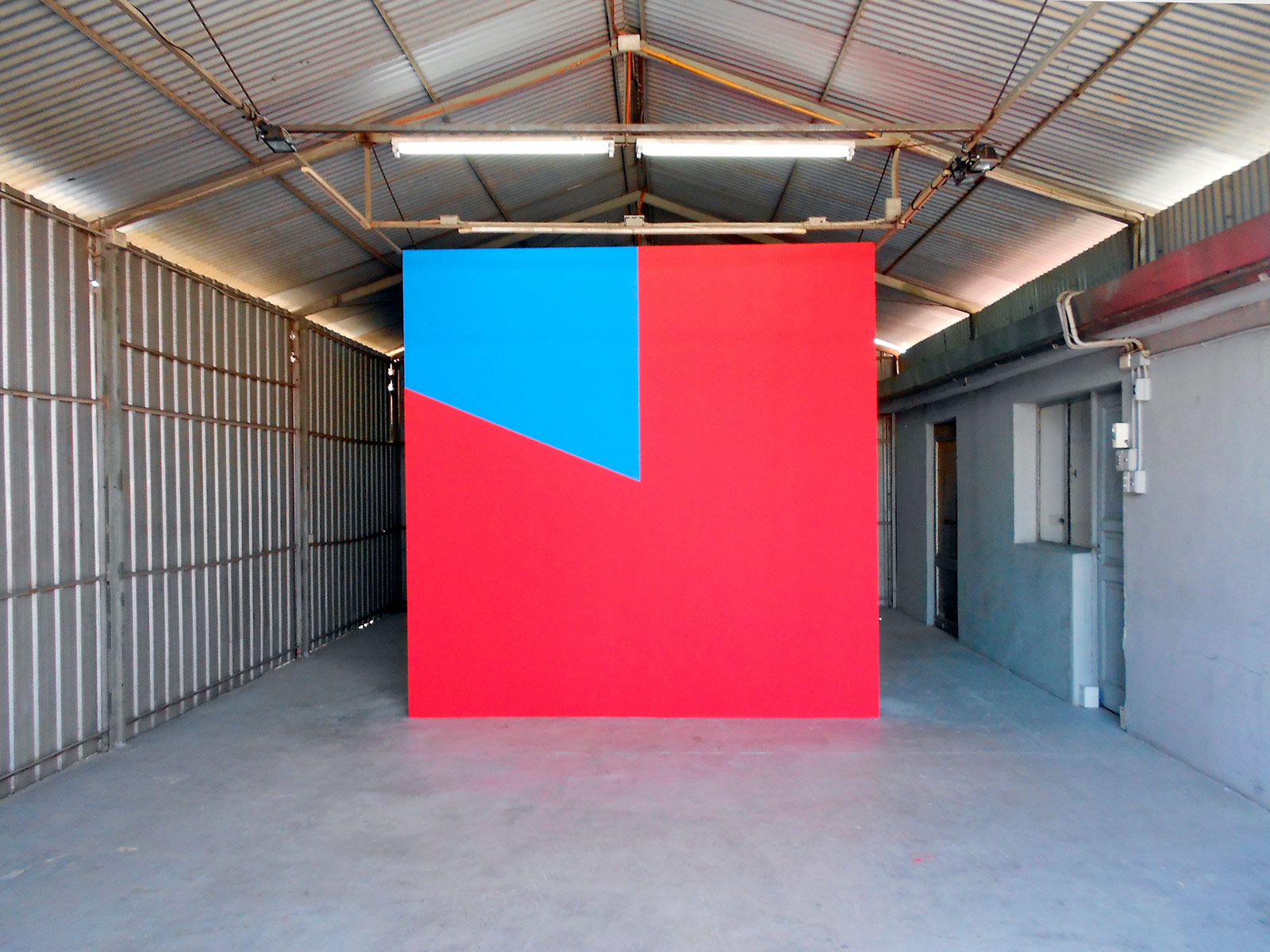 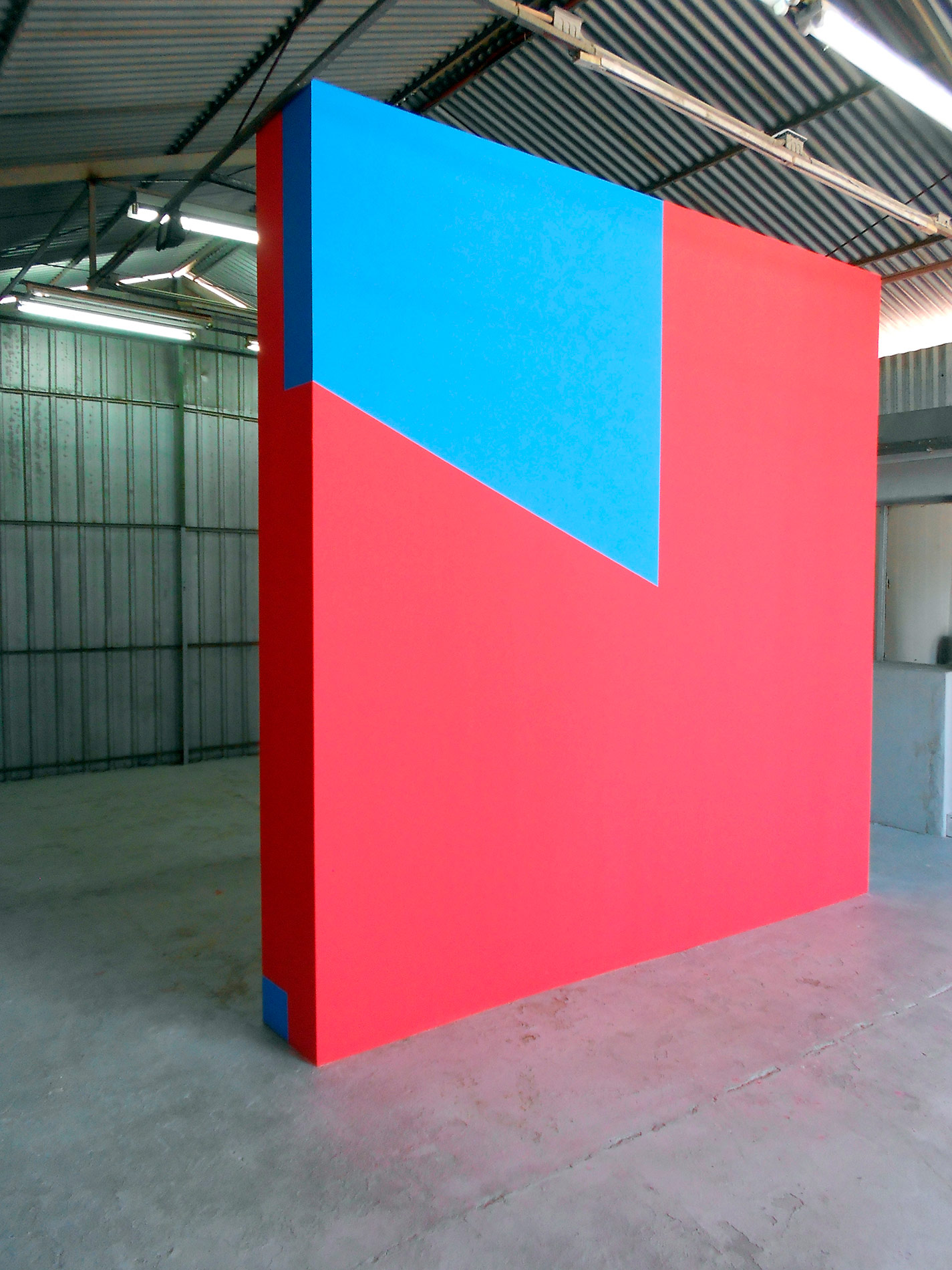 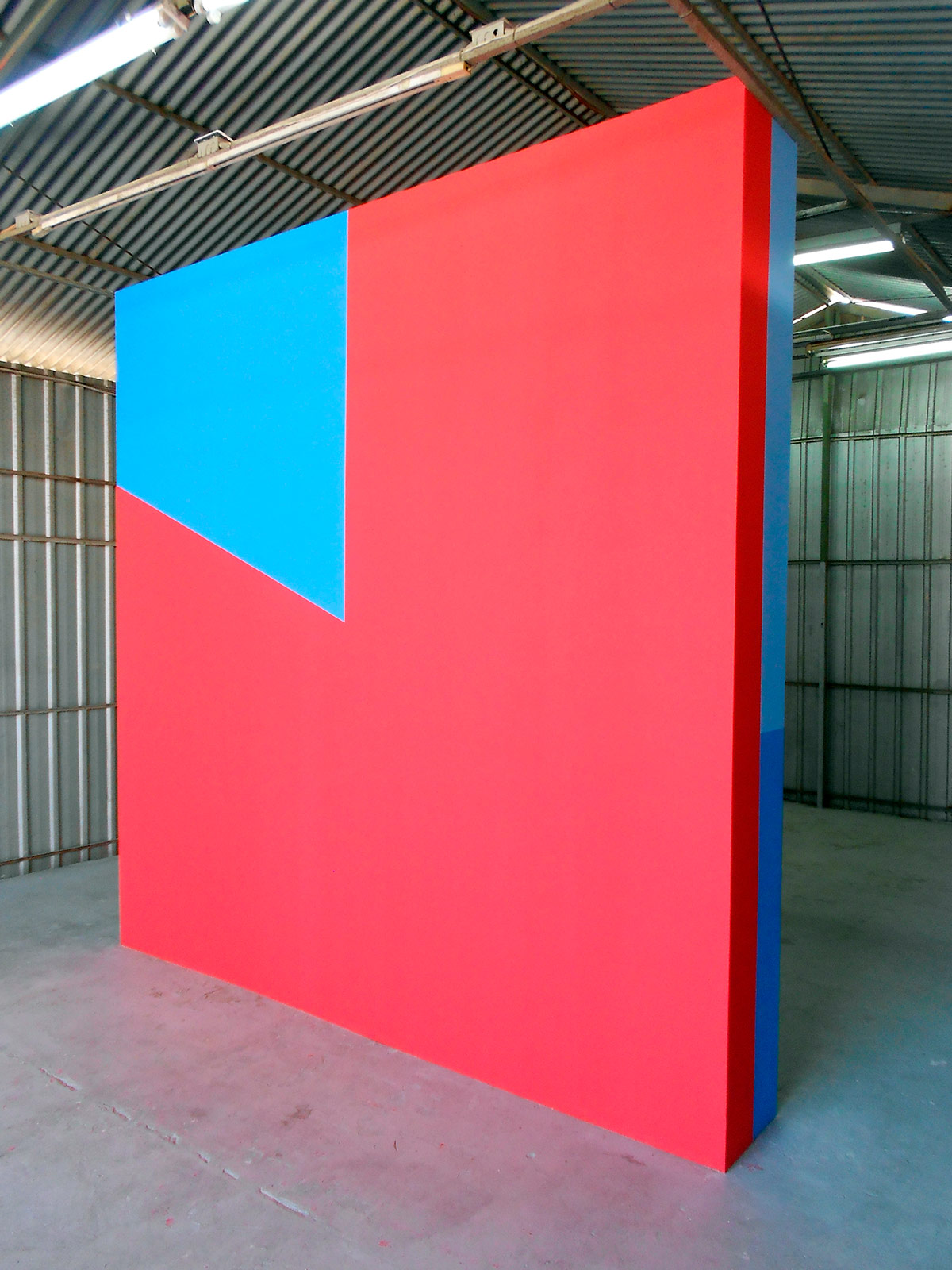 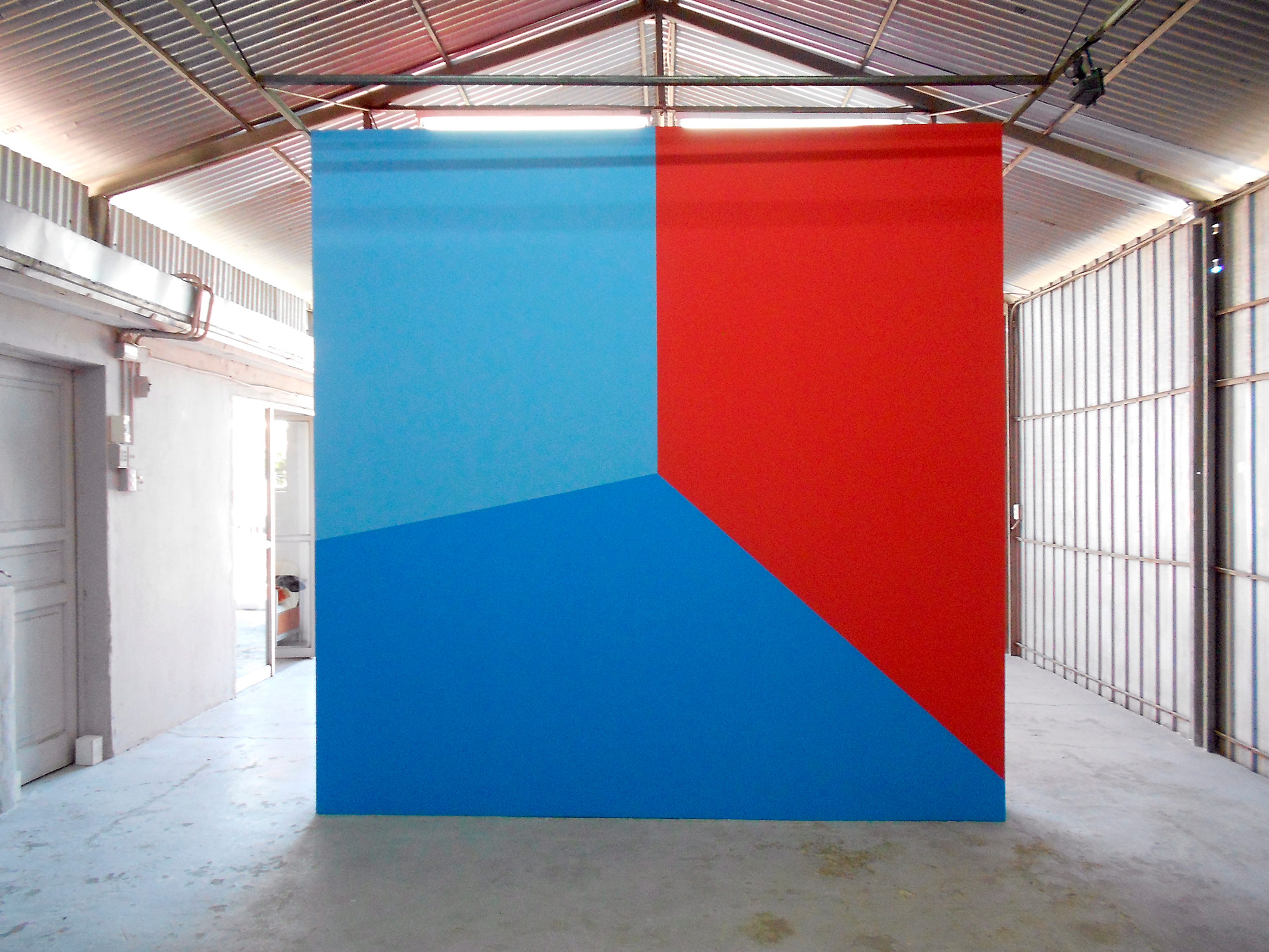 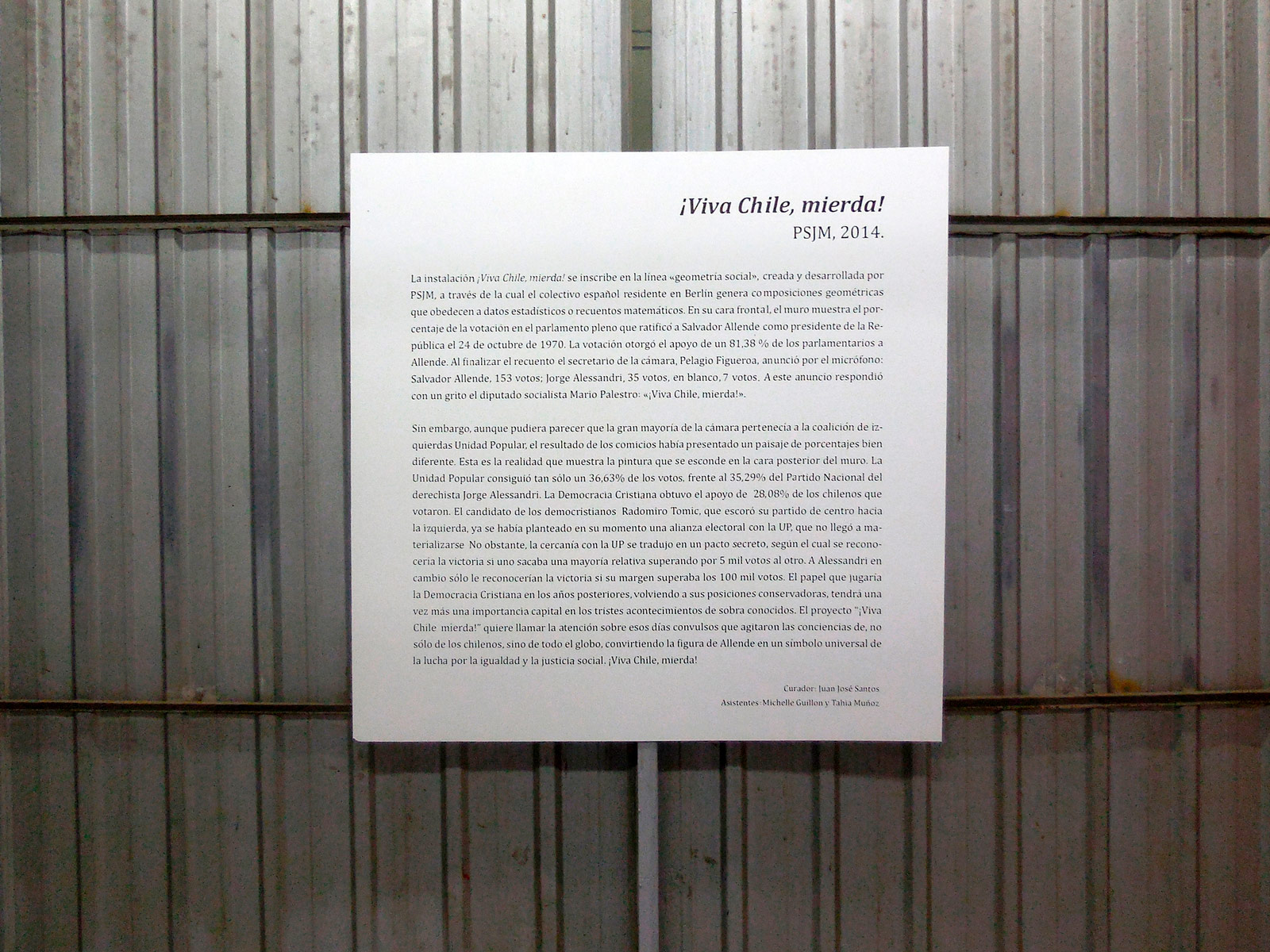 The installation “Viva Chile, mierda!” belongs to the line “social geometry” in which PSJM uses statistical or mathematical counts to determine a variety of geometric compositions. On this occasion, a wall of 3 x 3 meters drastically divides the exhibition room in two parts. On the front side, the wall shows the percentage of the vote in plenary parliament, which ratified Salvador Allende as president of the Republic on October 24, 1970. The 81.38% of parliamentarians gave their support to Allende. At the end of the count Pelagio Figueroa —the secretary of the chamber— announced by the microphone: Salvador Allende, 153 votes; Jorge Alessandri, 35 votes; Blank, 7 votes. The Socialist deputy Mario Palestro responded to this announcement with the cry:

However, although it might seem that the vast majority of the chamber belonged to the leftist coalition Unidad Popular, the result of the elections was presented very different percentages. This is the reality that shows the painting that hides in the back side of the wall. Unidad Popular got only 36.63% of the vote, and the Partido Nacional of the right-wing Jorge Alessandri, 35.29%. The Christian Democrats won the support of 28.08% of Chileans who voted. The candidate of the Christian Democrats, Radomiro Tomic, who led his party center to the left, had been raised an electoral alliance with the UP which did not materialize. However, the proximity to the UP resulted in a secret pact, according to which victory would be recognized if one took a relative majority by 5,000 votes surpassing other. Instead, they only recognize the victory to Alessandri if he surpassed the 100,000 votes. In subsequent years, once again, the Christian Democracy’s role —returning to his conservative positions— will be of crucial importance in the sad events well known. The “Viva Chile, mierda!” project wants to stress those turbulent days that shook the conscience, not only of Chileans, but around the world, becoming Salvador Allende a universal symbol of the struggle for equality and social justice.