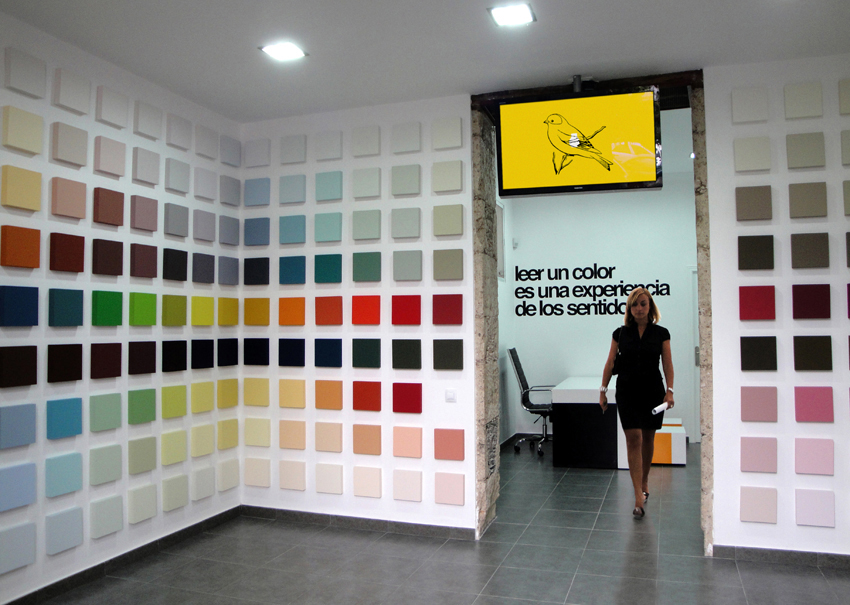 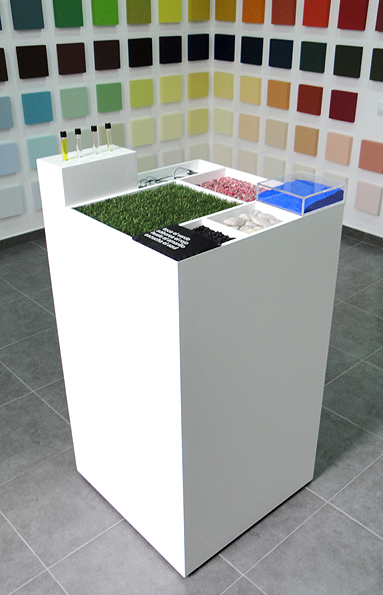 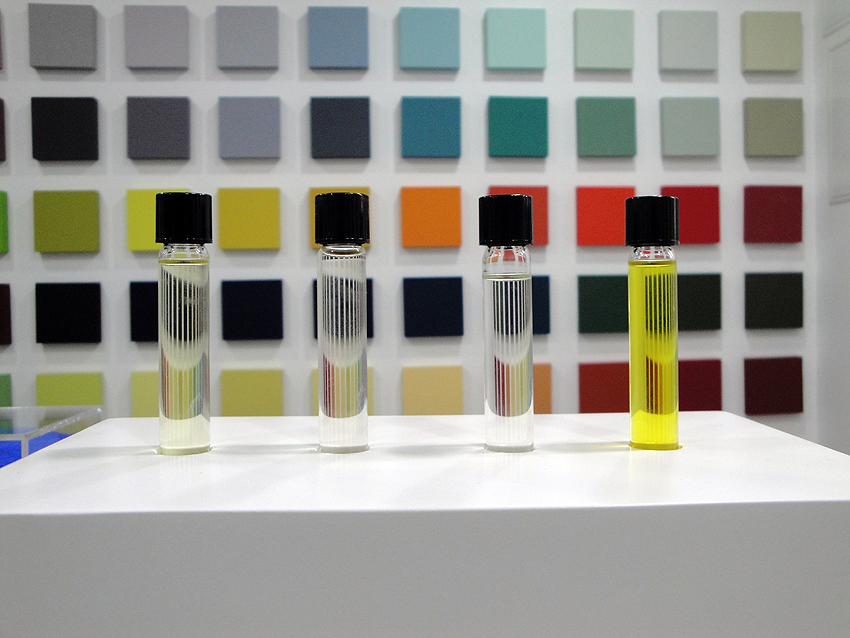 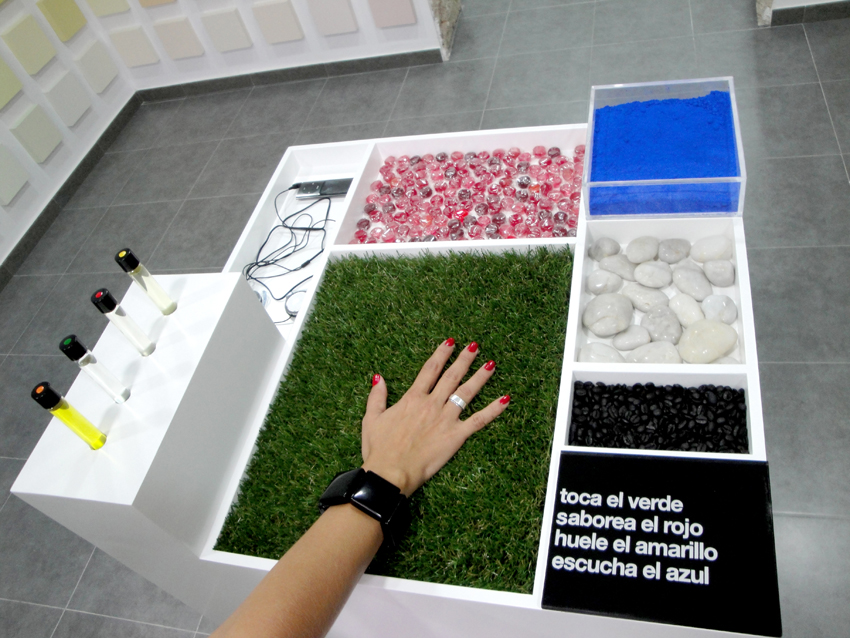 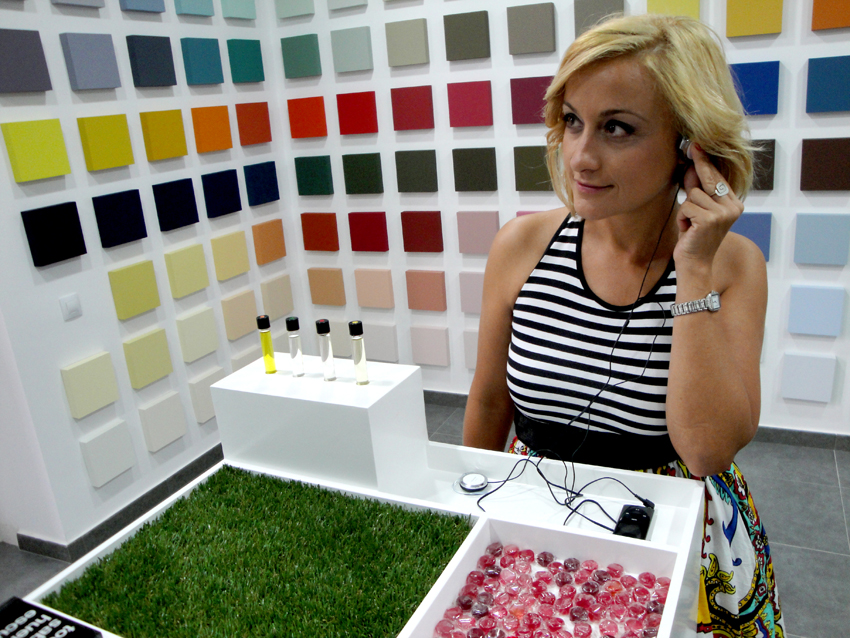 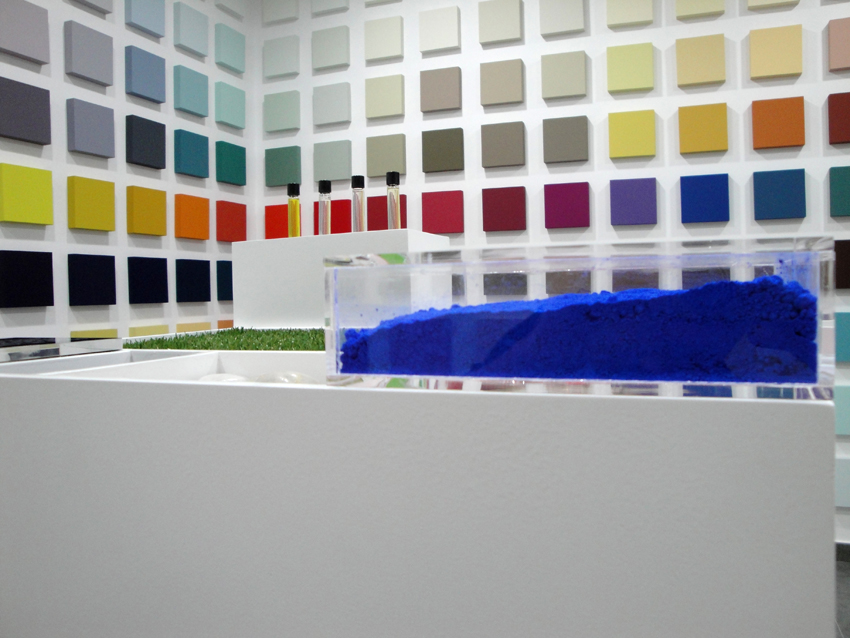 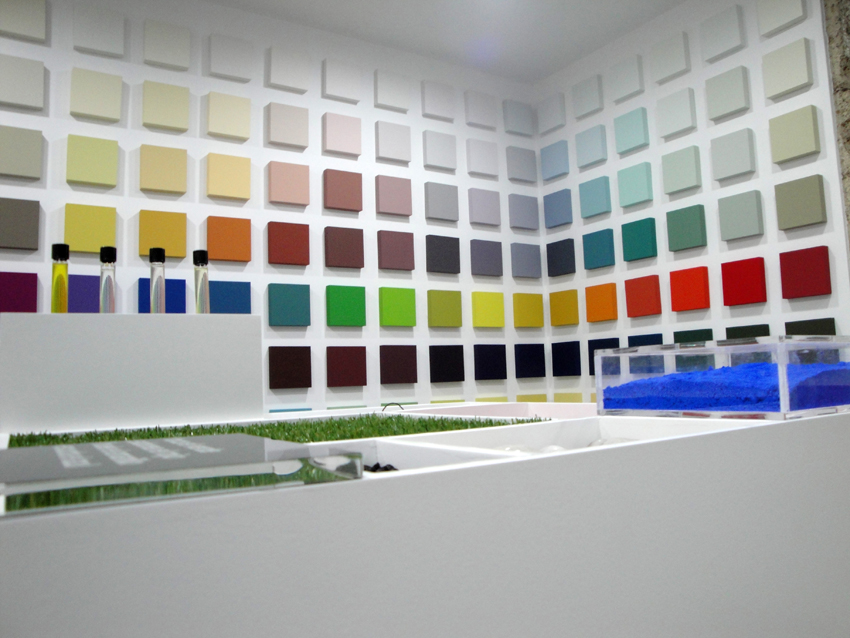 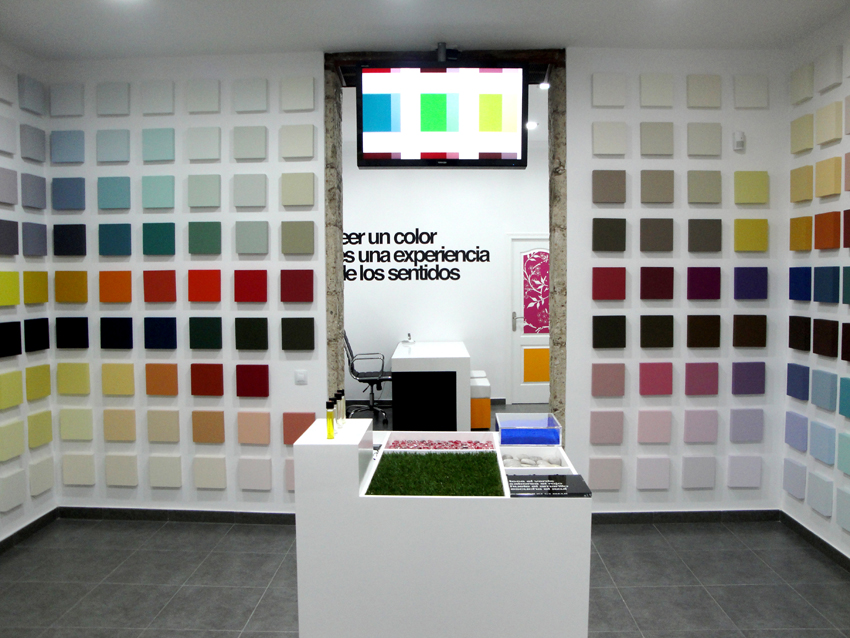 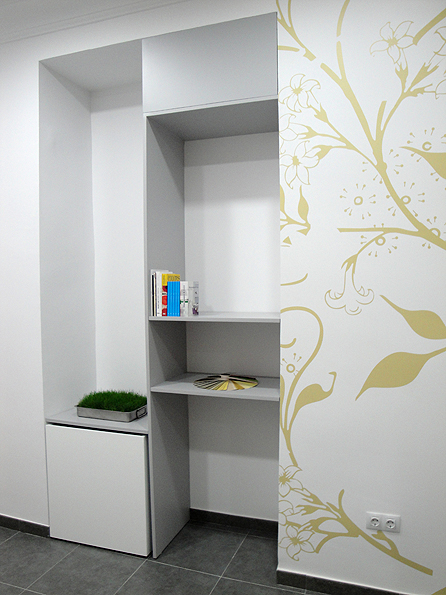 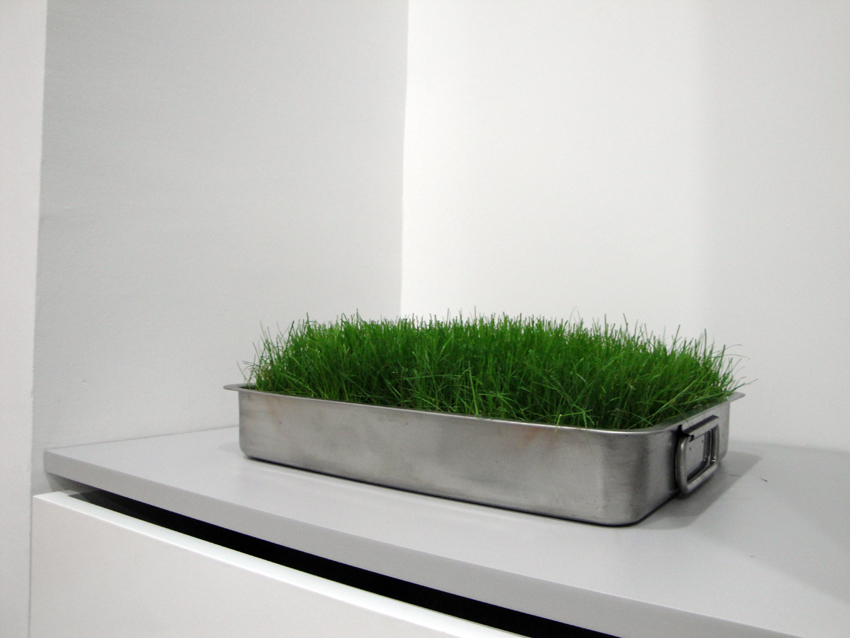 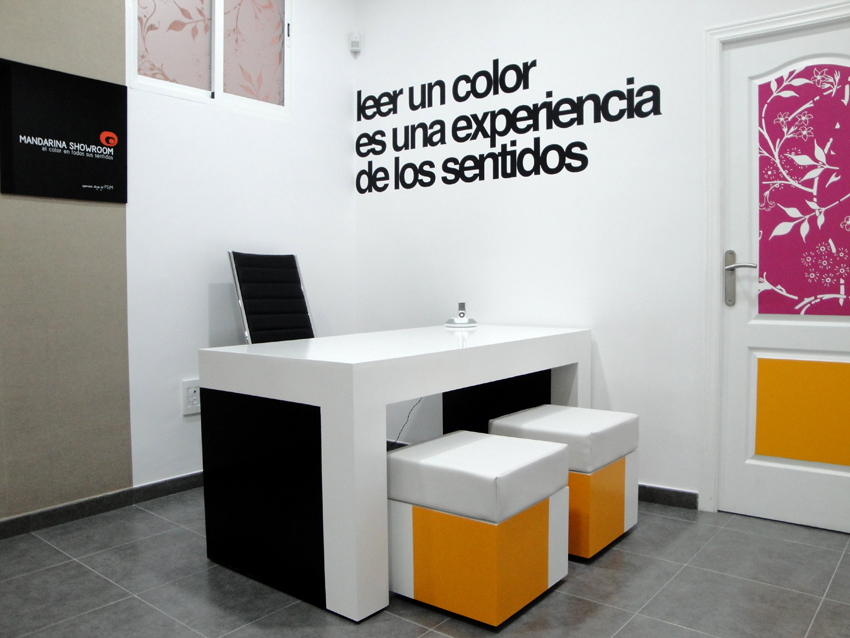 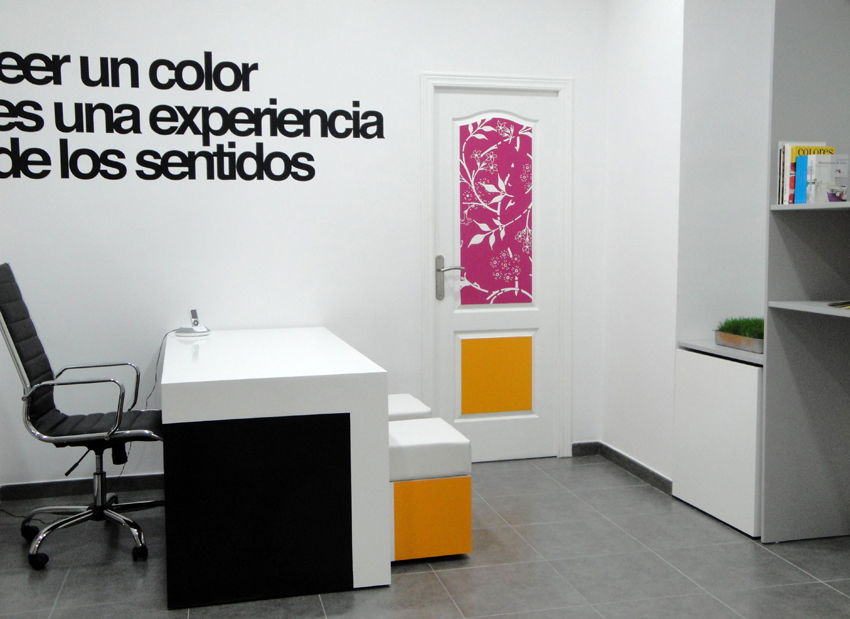 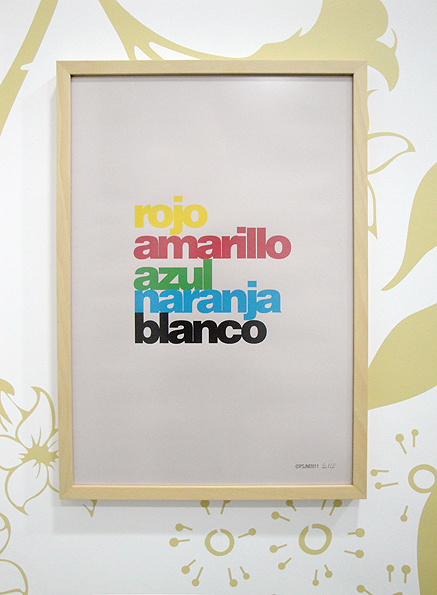 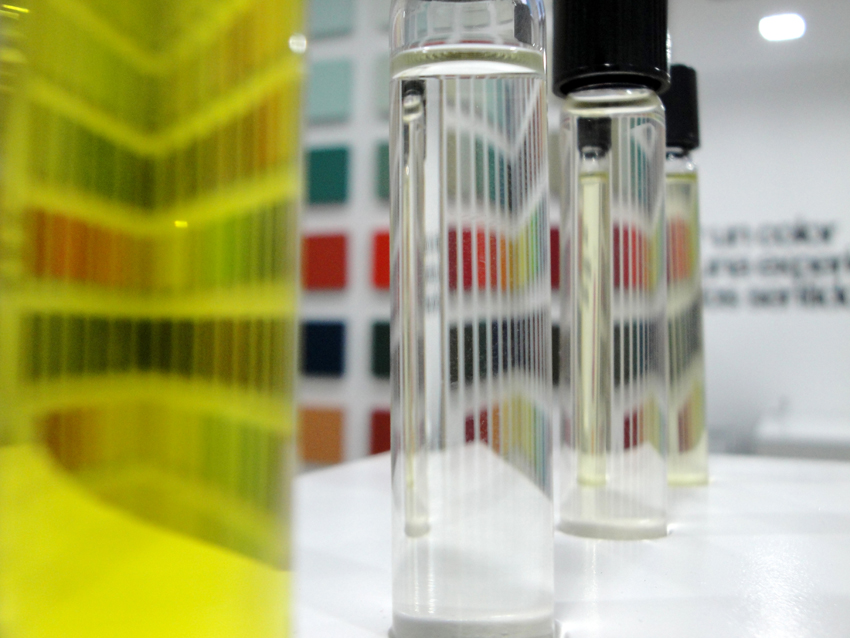 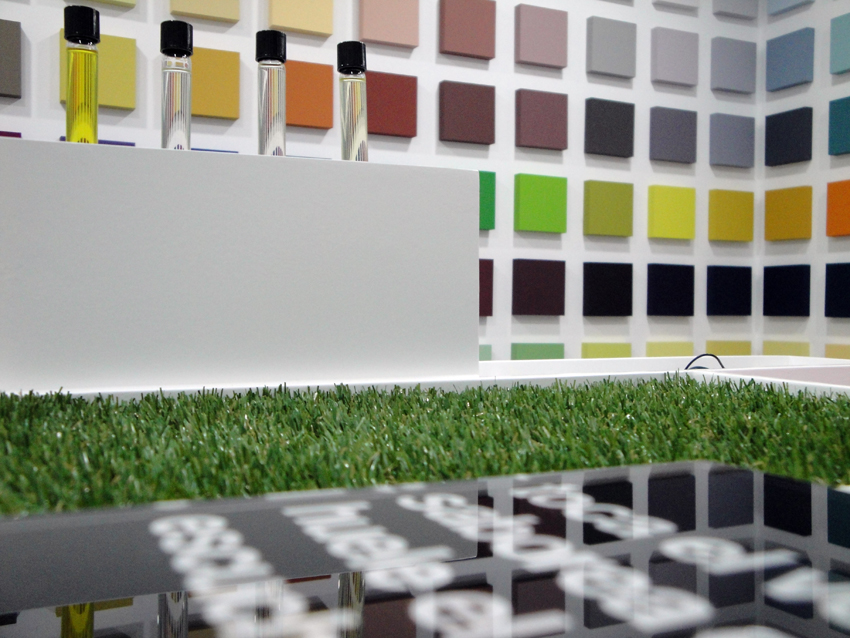 Celia More, the main character of the utopic nobel “The Hydrogen Island” (“La Isla de Hidrógeno”, Empatía Ediciones, 2011) was described by PSJM as a experiences designer. A specialiced aesthetic work in a imagined world where art has been dissolved in the social reality. “Synesthesia” is a relational installation exhibited permanently in Mandarina Showroom (Las Palmas G.C.), where PSJM implements the theory of their book as well as their last essay “Experiencia Total” (Total Experience) included in the ULPGC publication “Wagner/Estética” (“Wagner/Esthetic”), (2011) where they reflect on the clear link between the practices of relational aesthetics and those of experiential marketing.

Under the influence of the american philosopher John Dewey and his book “Art as experience”, the installation “Sinestesia” displays in two rooms, one is devoted to senses (phenomenological room) and the second is refered to the meaning of colors (cultural room). In the first sensory room the visitor can experiment the colors with the view, but also, honoring the biological and literary title: “synesthesia”, earing, touching, tasting and smelling, throughout all the senses. A surrounding visual installation and a ‘sensation module’, offers the public this experience. In the second room, of meaning and words, there a phenomenological art (minimal) and a intellectual understanding of the experience (conceptual art) enter in dialogue, by texts and experiments between words perception and its real reference, that allows the artistic team connects senses and sense in a work space, a color advisory showroom, that has his roots in the knowledge economy.

In 2007, PSJM made a permanent installation, “Great Brands”, in Centro de Arte La Regenta offices, a work-space for culture, linking art and performative process of production, where the relations and dialogues are part of the work, as in interior architecture, made for the people to inhabit. “A space to move into”, as Donald Judd in the 60’s would said.

The work, its procedures and social effects, is a nuclear issue in  PSJM´s activities, as everybody could see at the exhibition curated by José Maria Durán “World is Work” (Kwadrat Project Space, Berlín, 2010) where they exhibited with Santiago Sierra, Ignacio Uriarte and Octavi Comeron. Undoubtedly this is a politic art approach that led them to be included between the 100 international artist most representatives of this current, added in the publication “Art & Agenda: Political Art and Activism”, by Gestalten Editions, Berlin, and among the international artists with greater future projection in “Younger than Jesus. Artist Directory. The essential handbook to the future of art”from the New Museum of New York, edited by Phaidon.