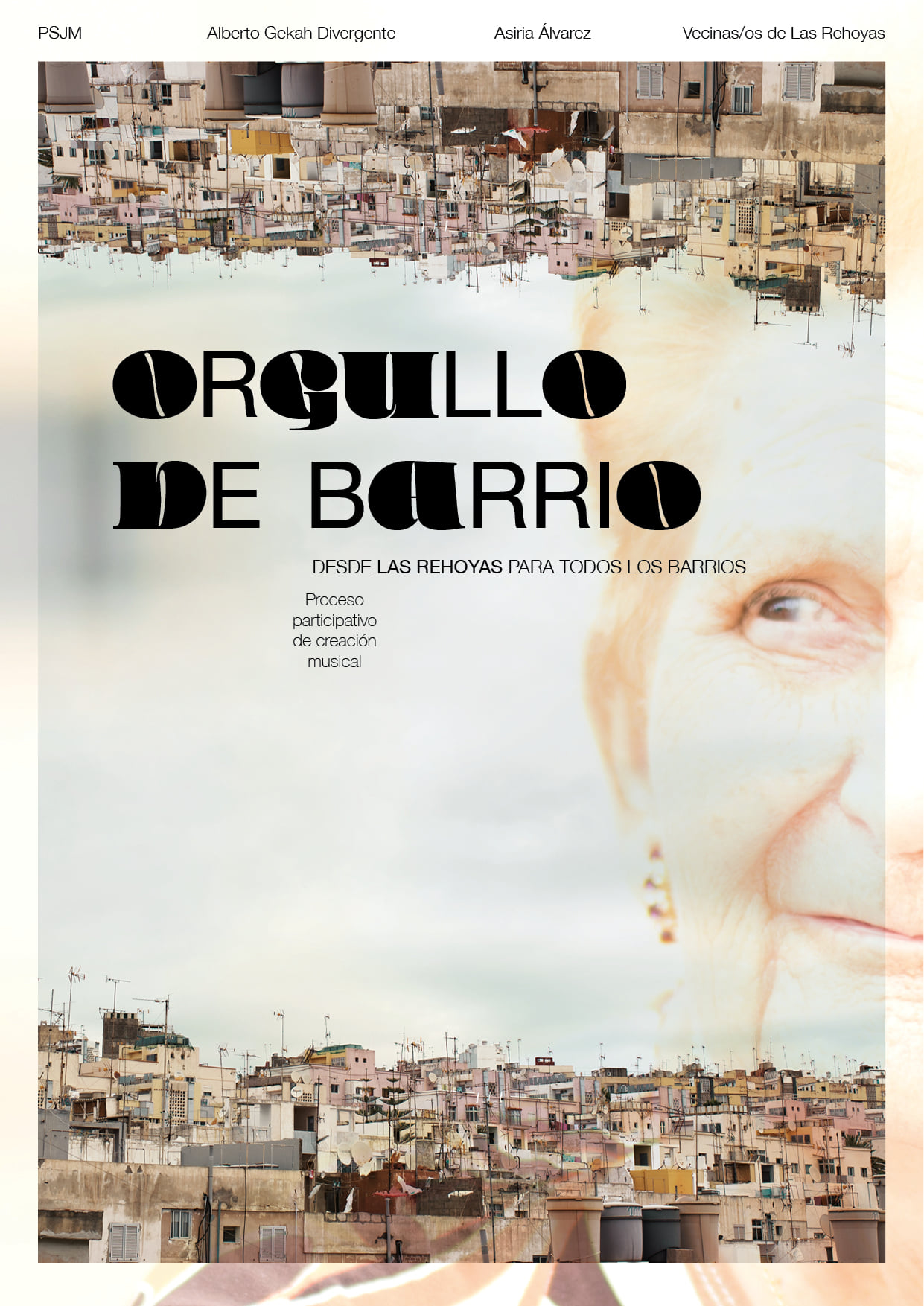 PSJM original idea works in line with other initiatives that connect artistic creation with social issues, for which the collaboration of the people of Las Rehoyas was required. They participated by sharing with Asiria and Alberto their stories and tales, their joys and sorrows, their neighbourhood feelings.

To activate this participatory project, the complicity of the people was sought: Do you want to participate in the creation of a musical theme for your neighbourhood? Would you like to be part of a video clip with which you feel identified? Do you want your voice to be heard? Do you want people to know what you feel, to show your pride in your neighbourhood? These were some of the questions posed by PSJM, the rapper Alberto Gekah Divergente and the photographer Asiria Álvarez.

An open call with no age limit allowed the construction of this social art project. And since the voice of the residents was the protagonist, their contributions served as inspiration for the lyrics and music created by Gekah, through the different debates that were generated throughout the process. It is also the residents of the neighbourhood who are featured in the video clip of Asiria Álvarez.