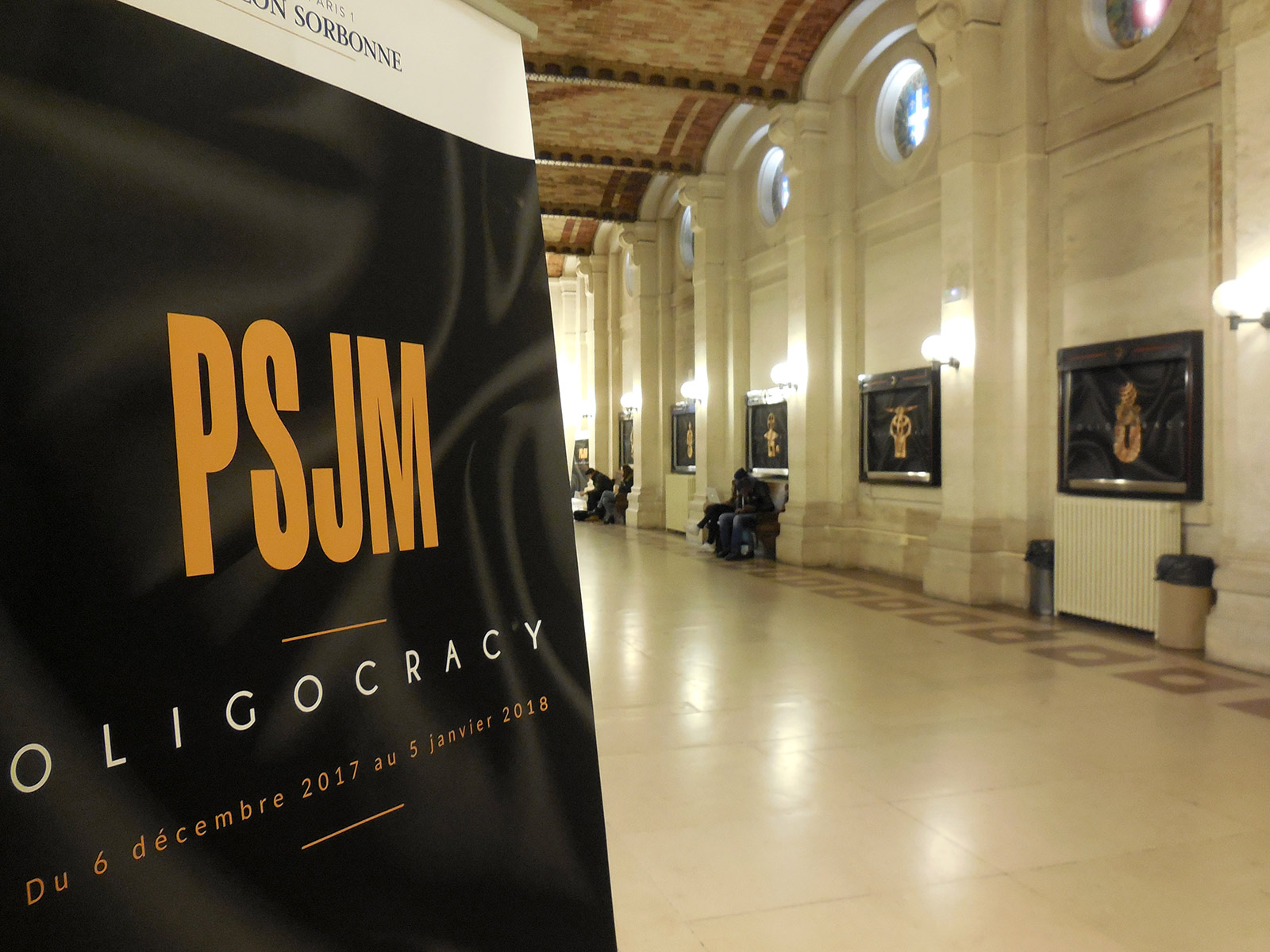 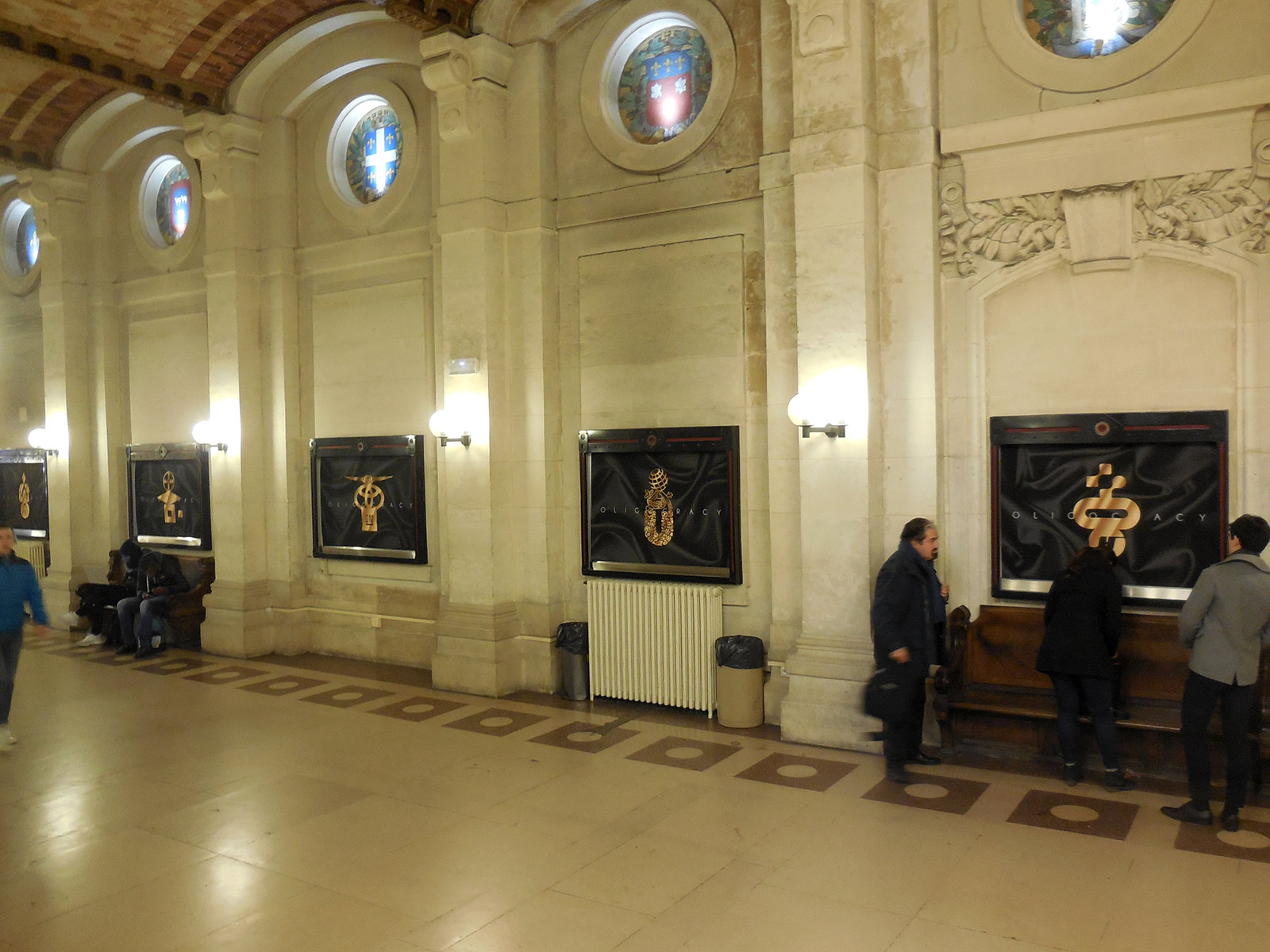 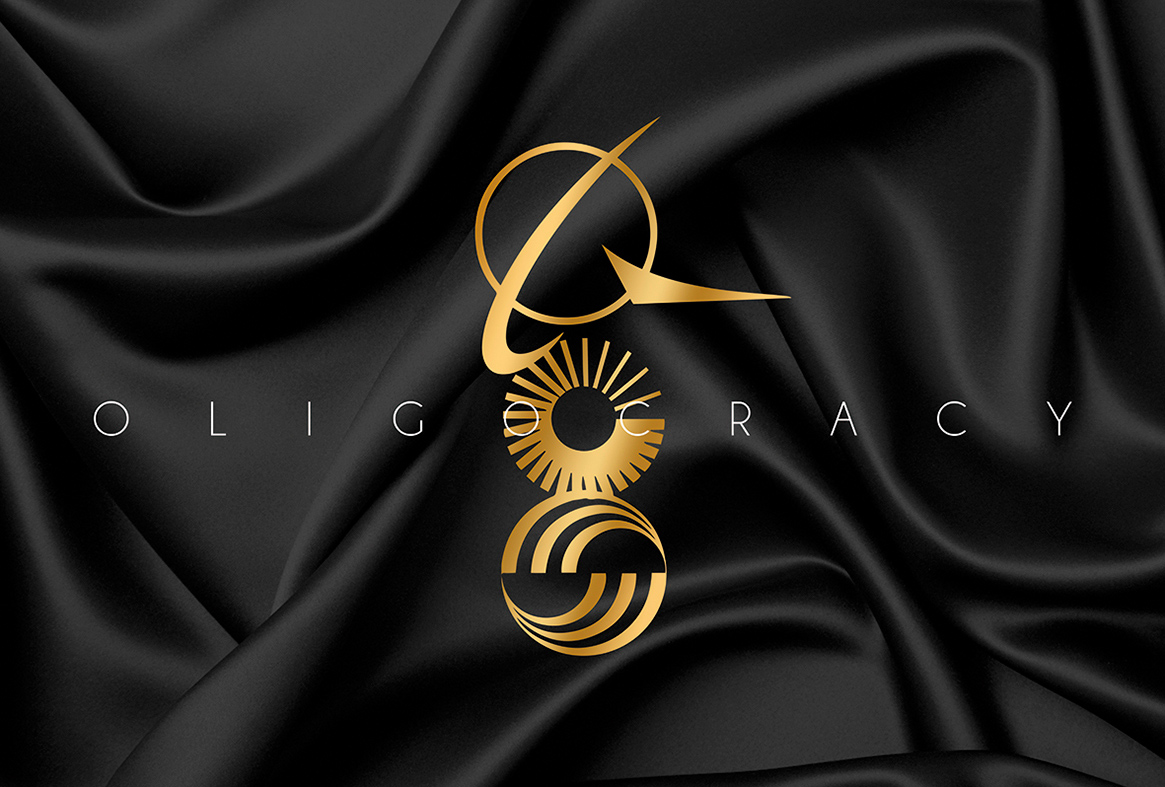 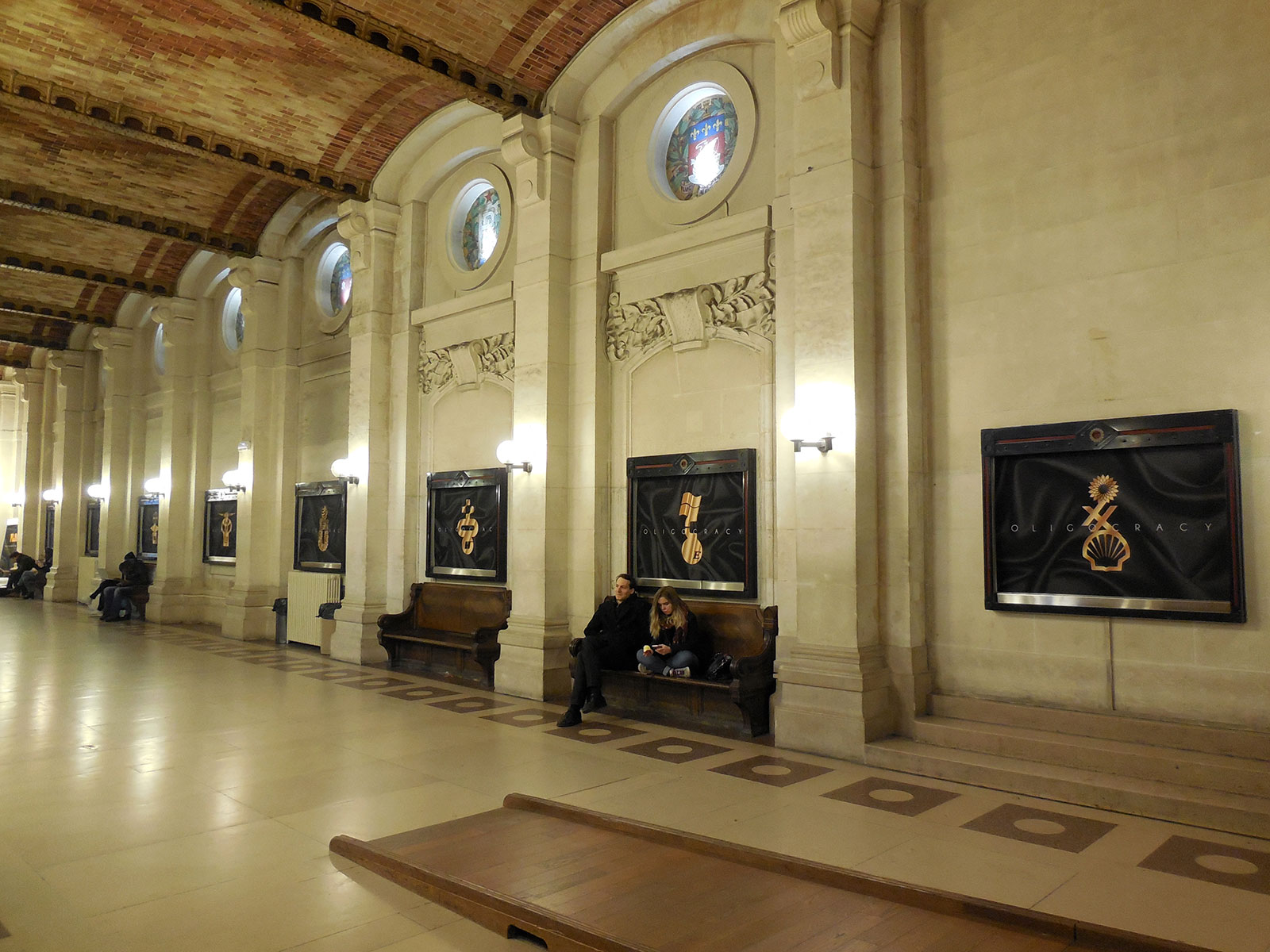 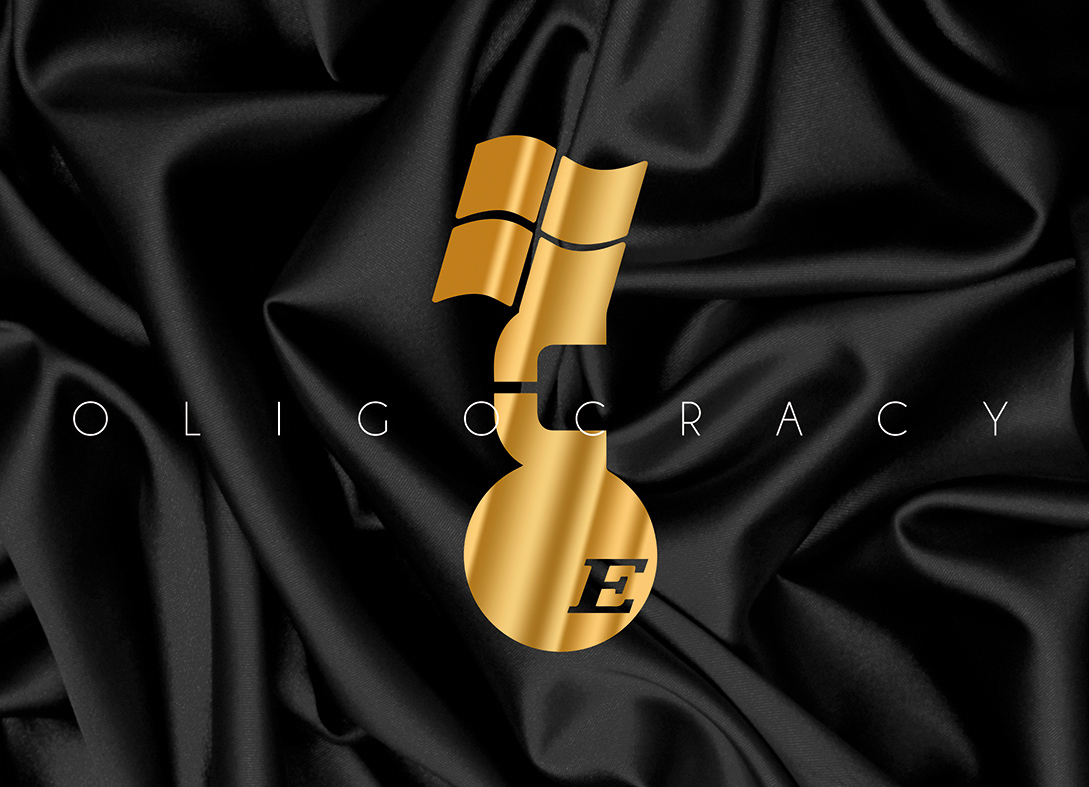 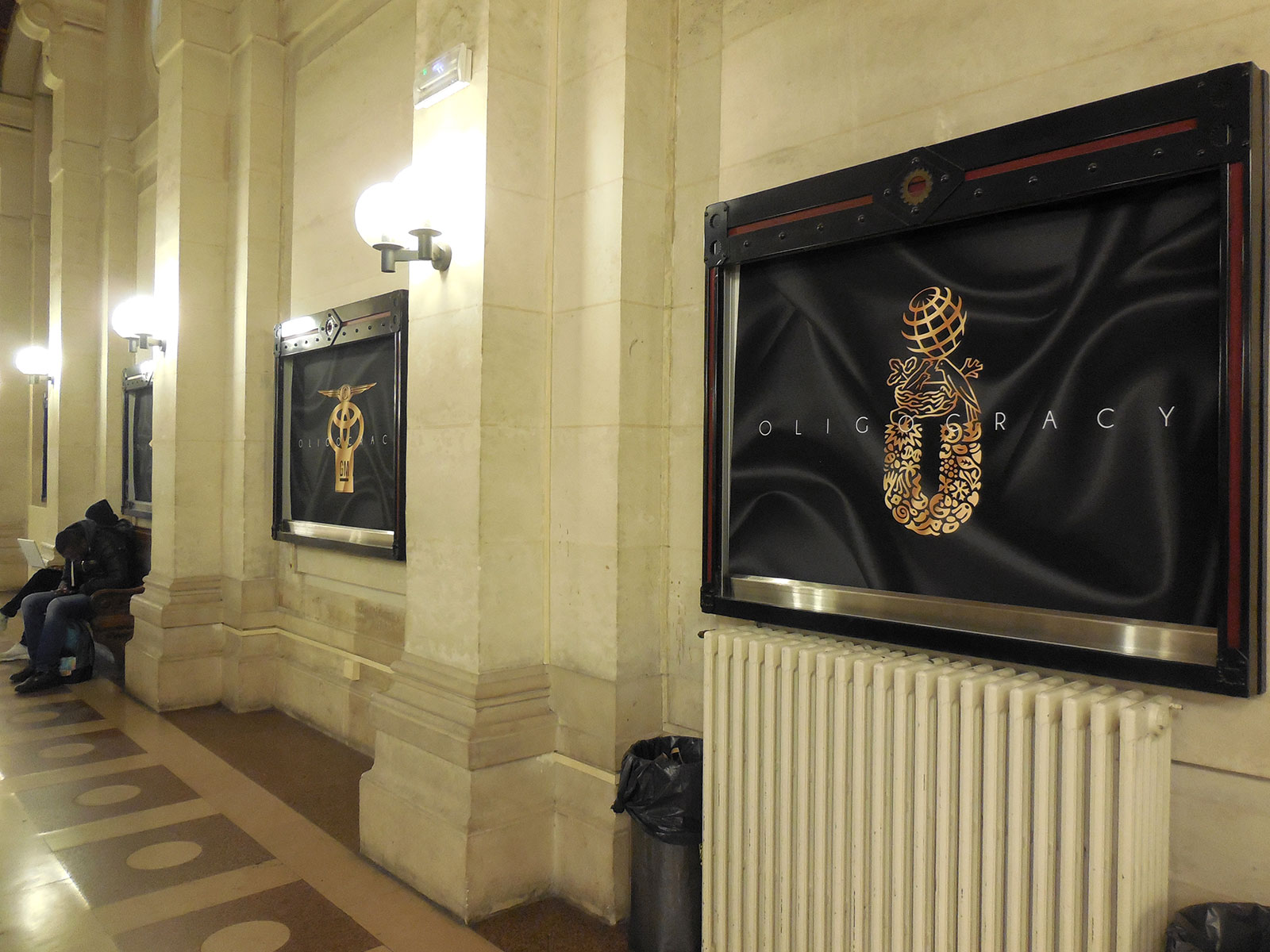 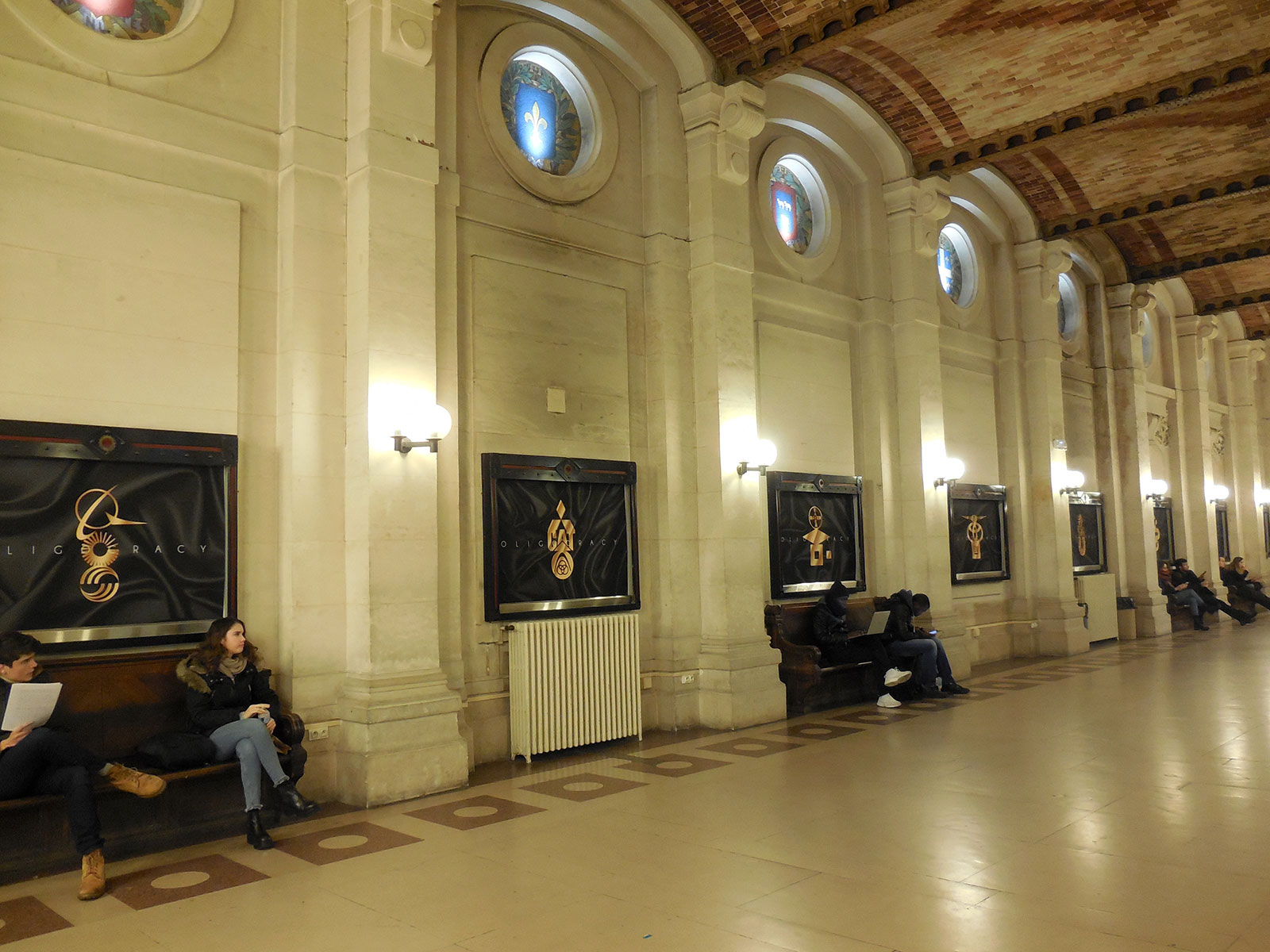 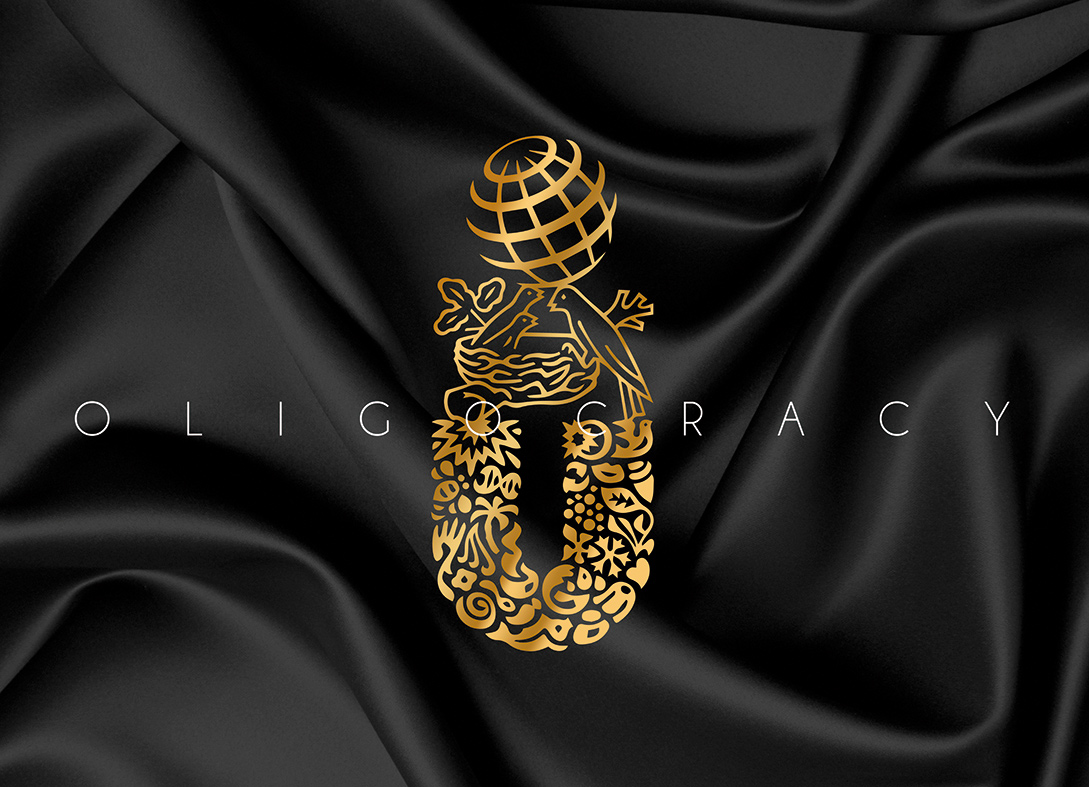 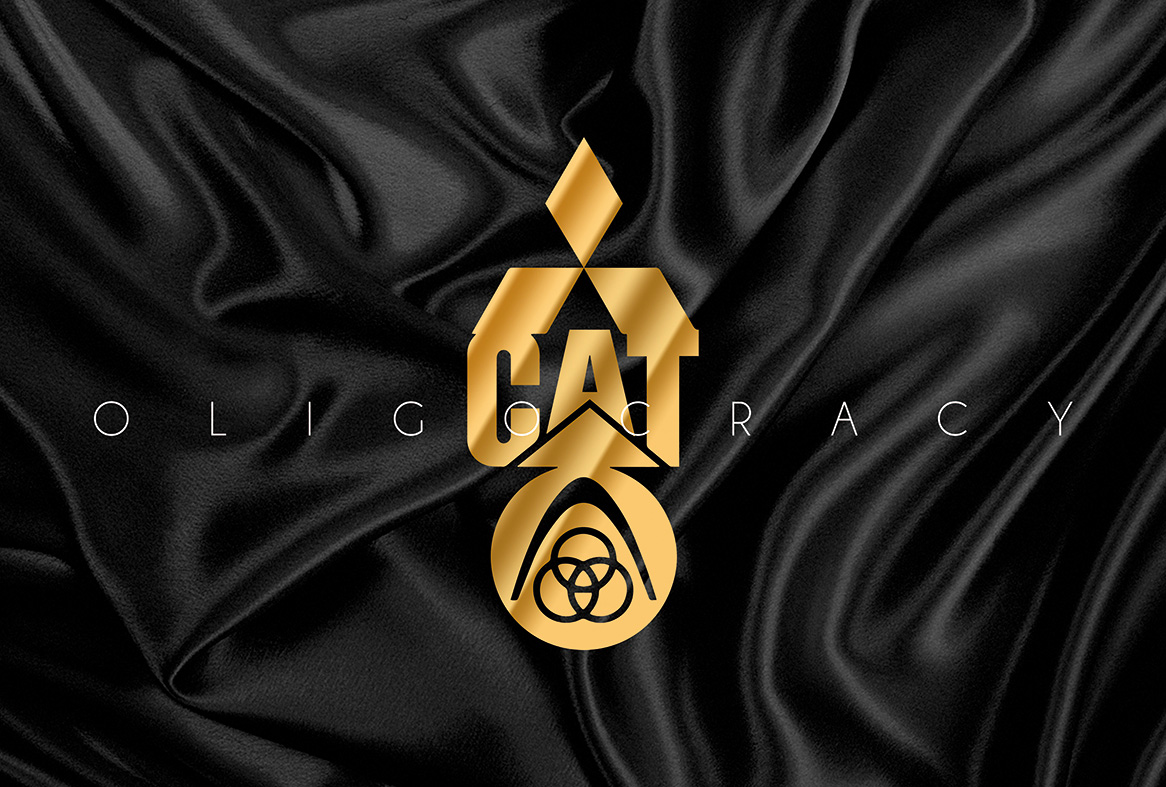 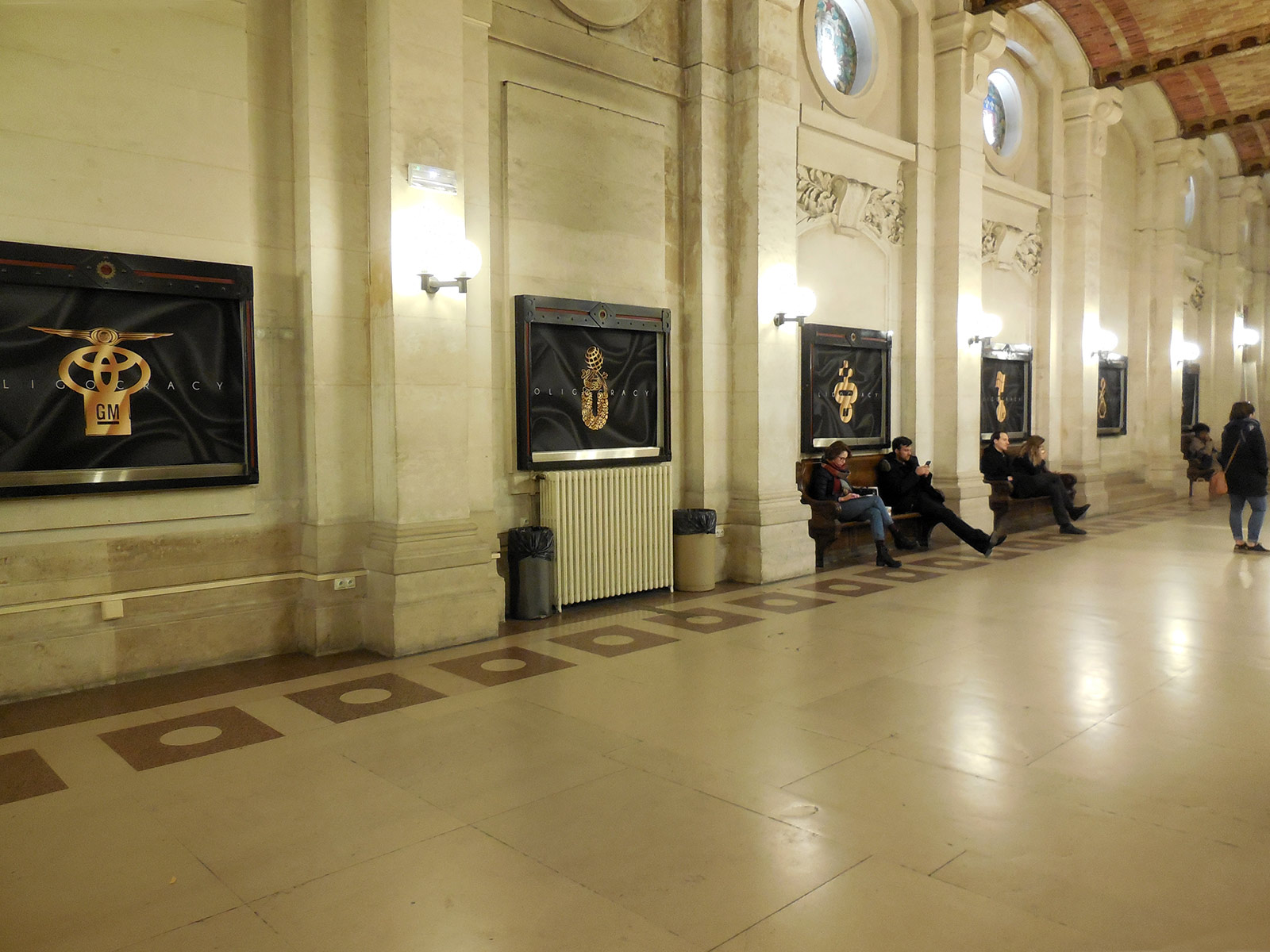 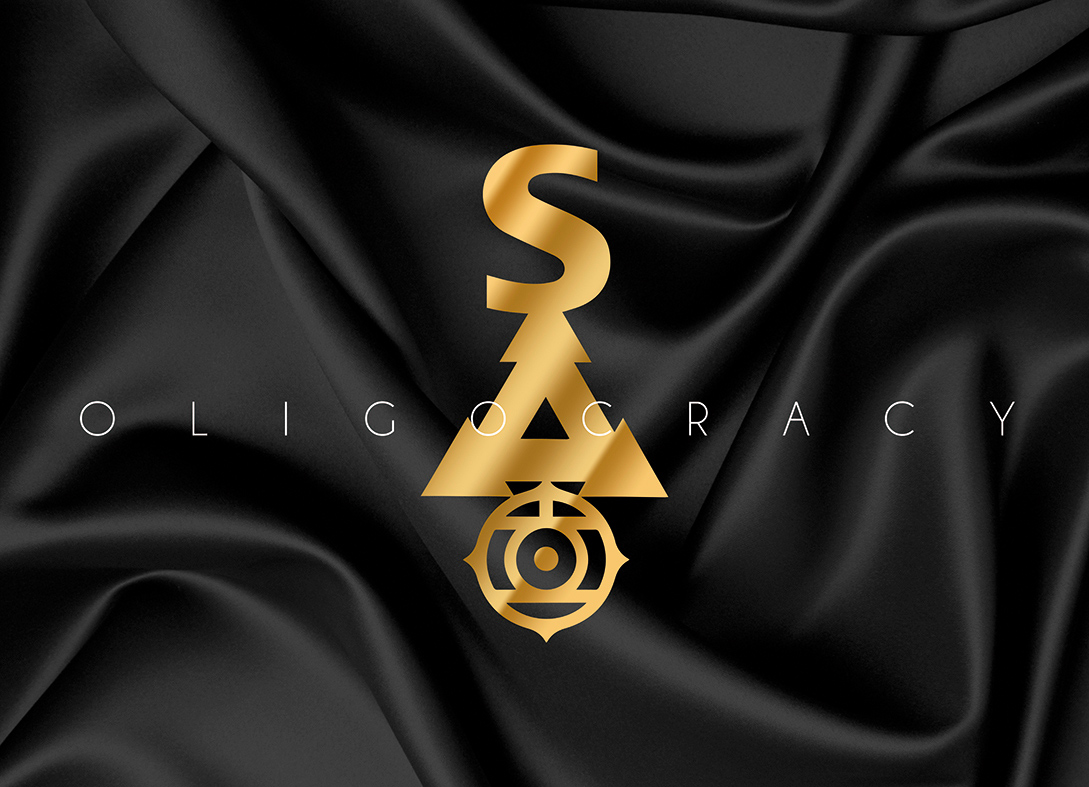 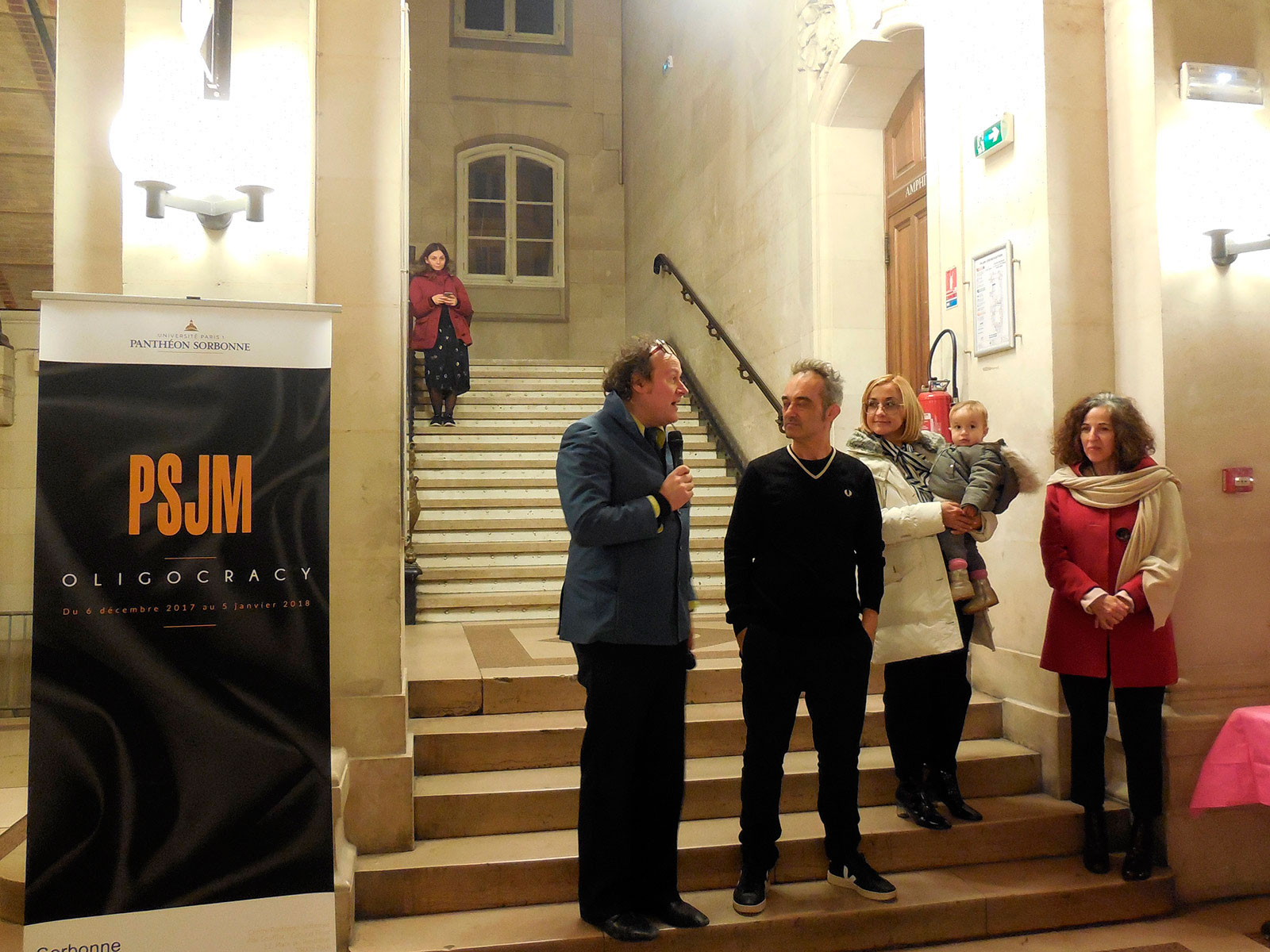 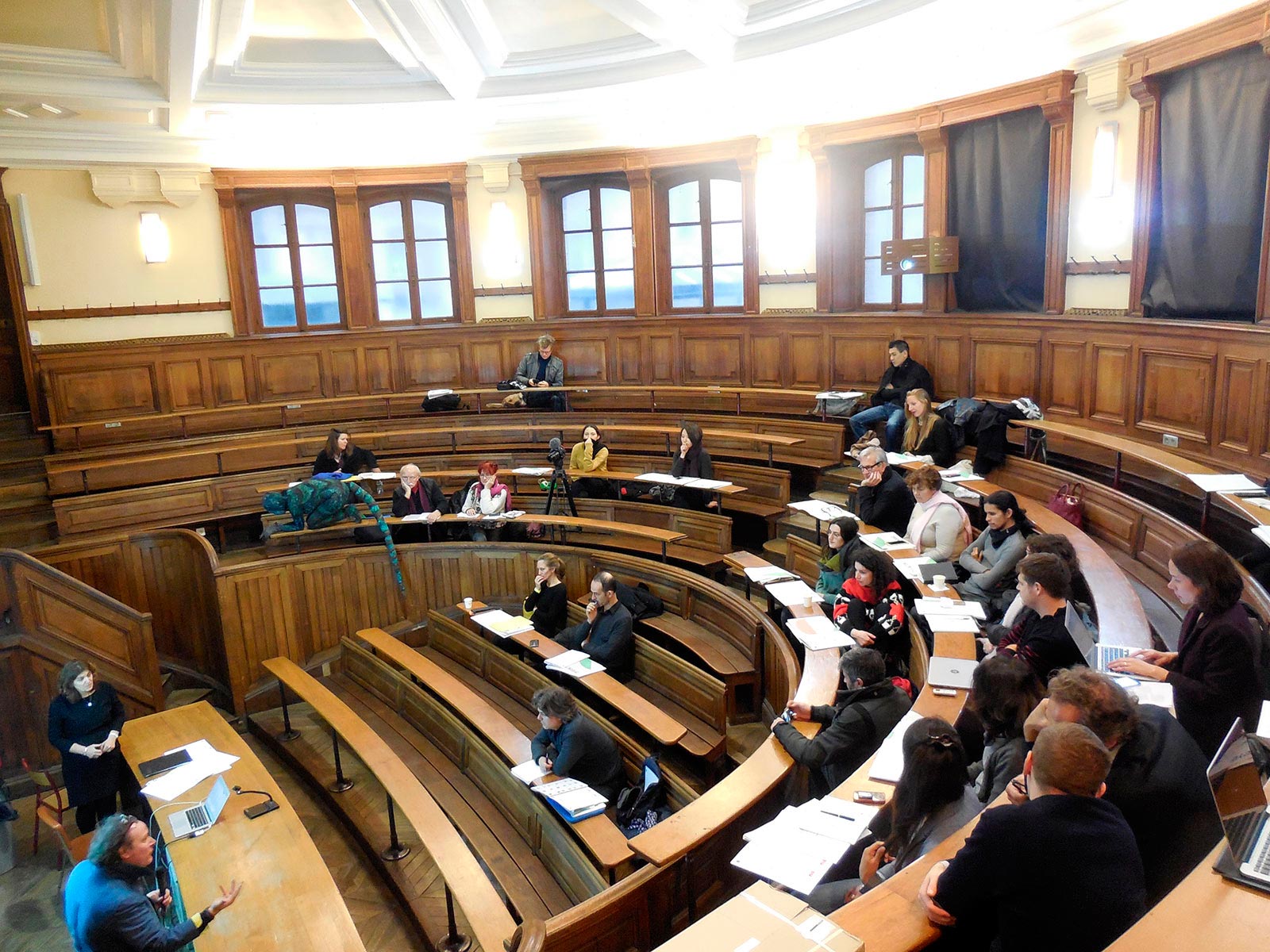 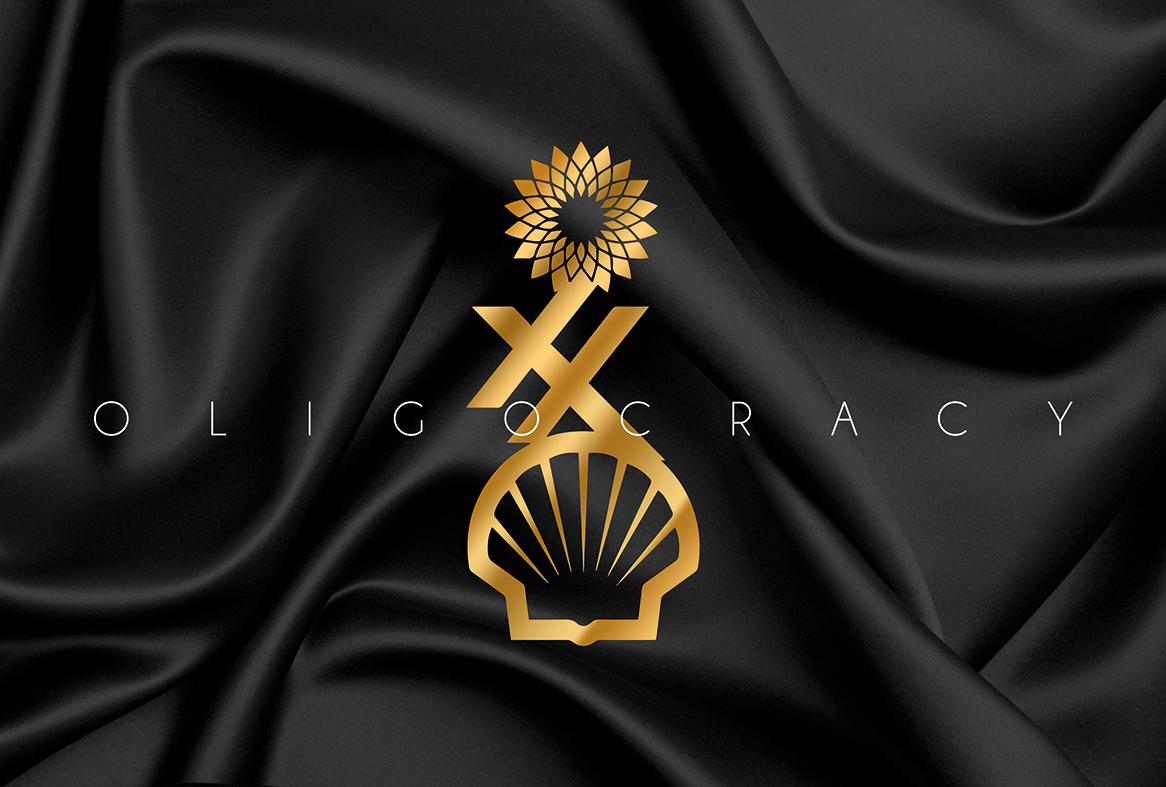 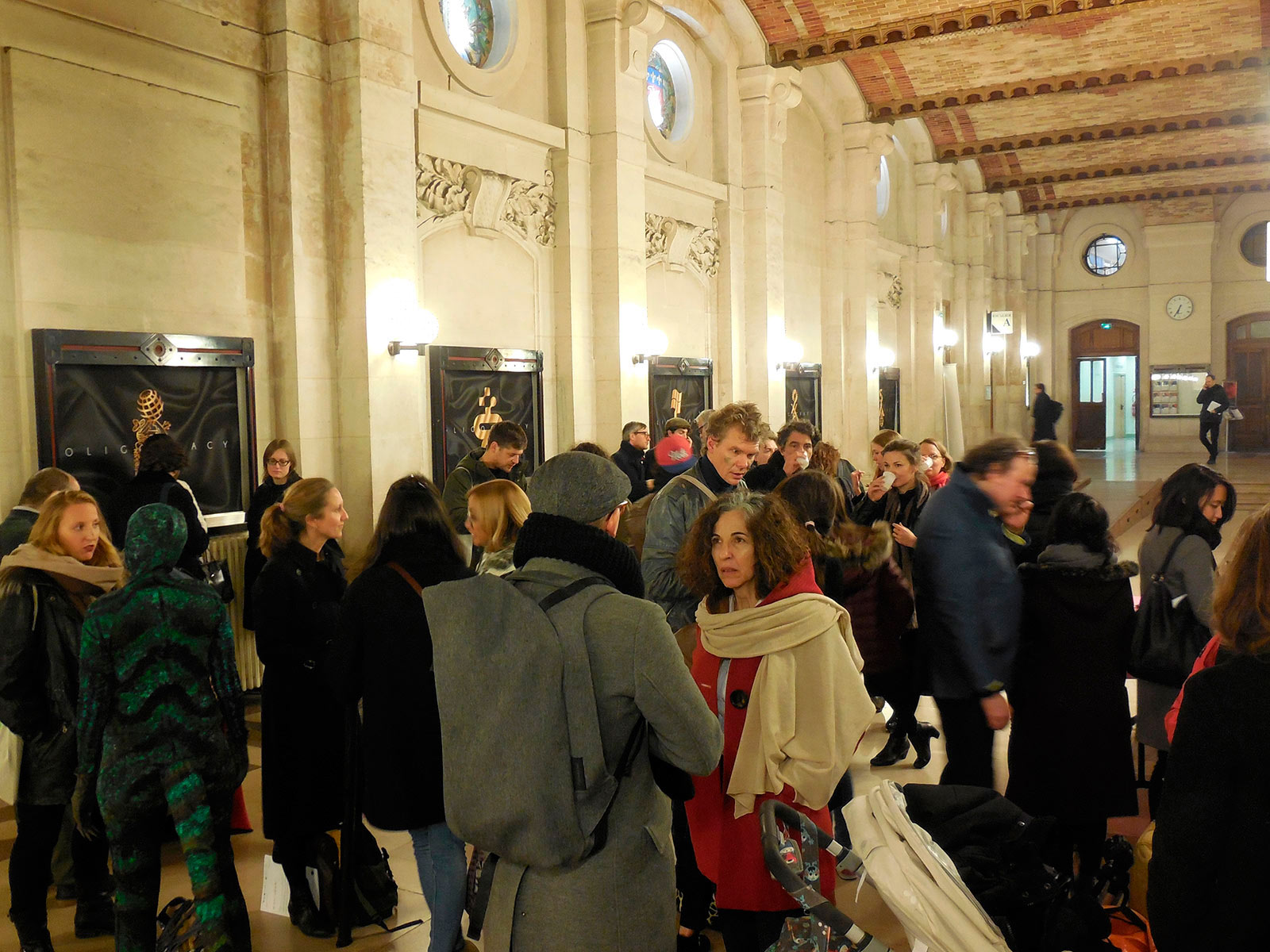 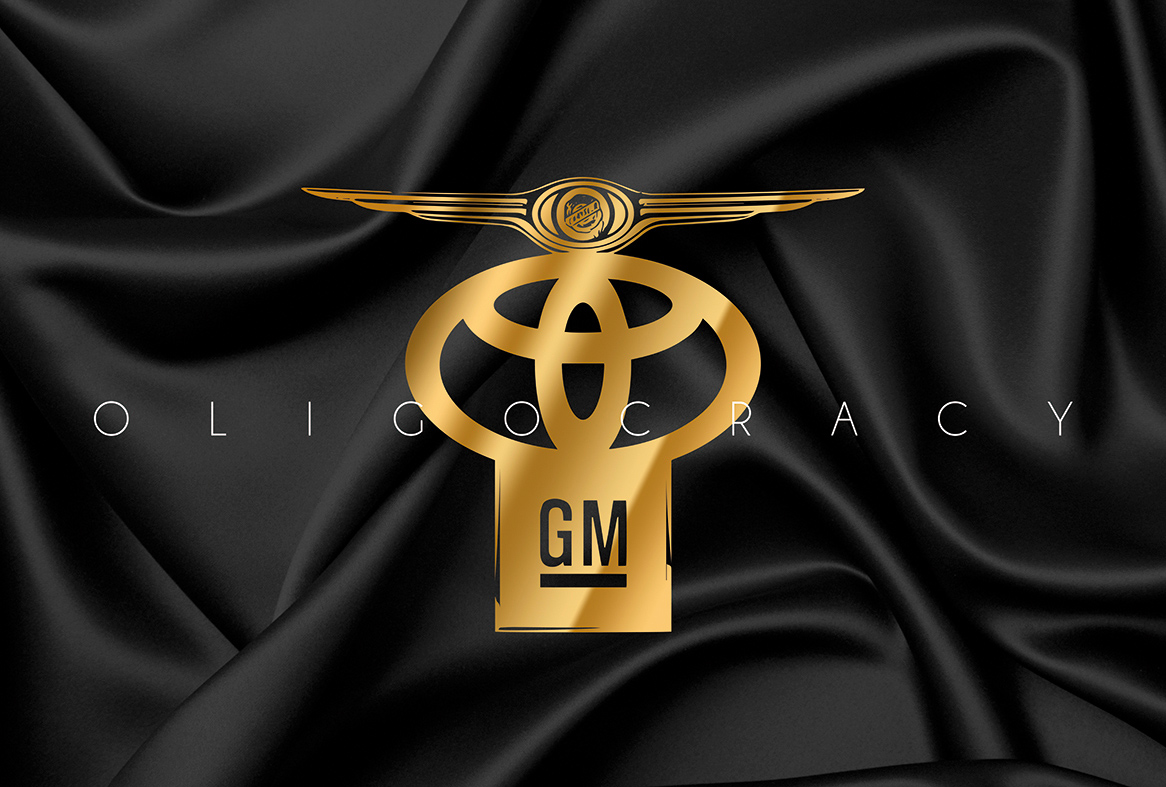 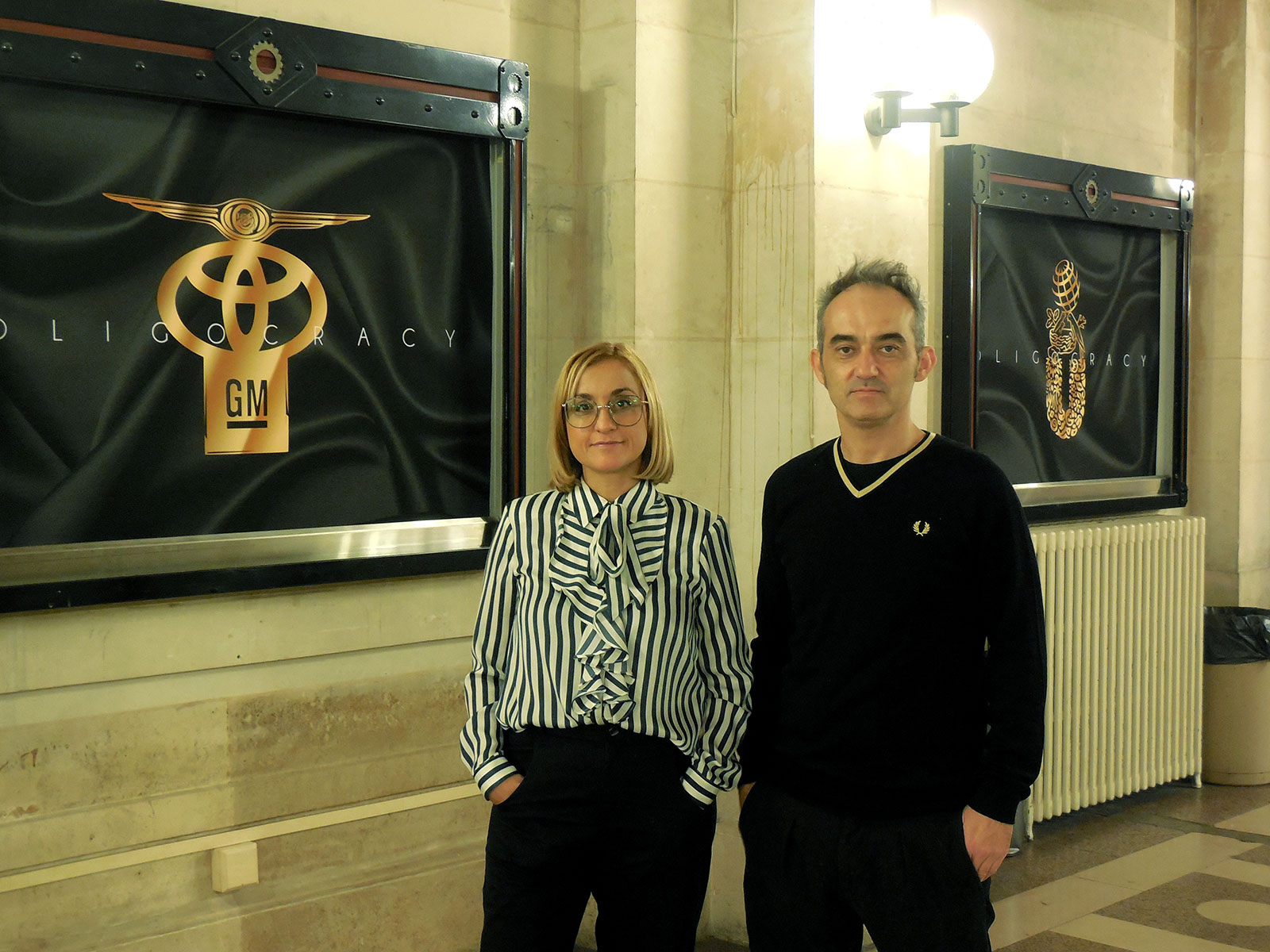 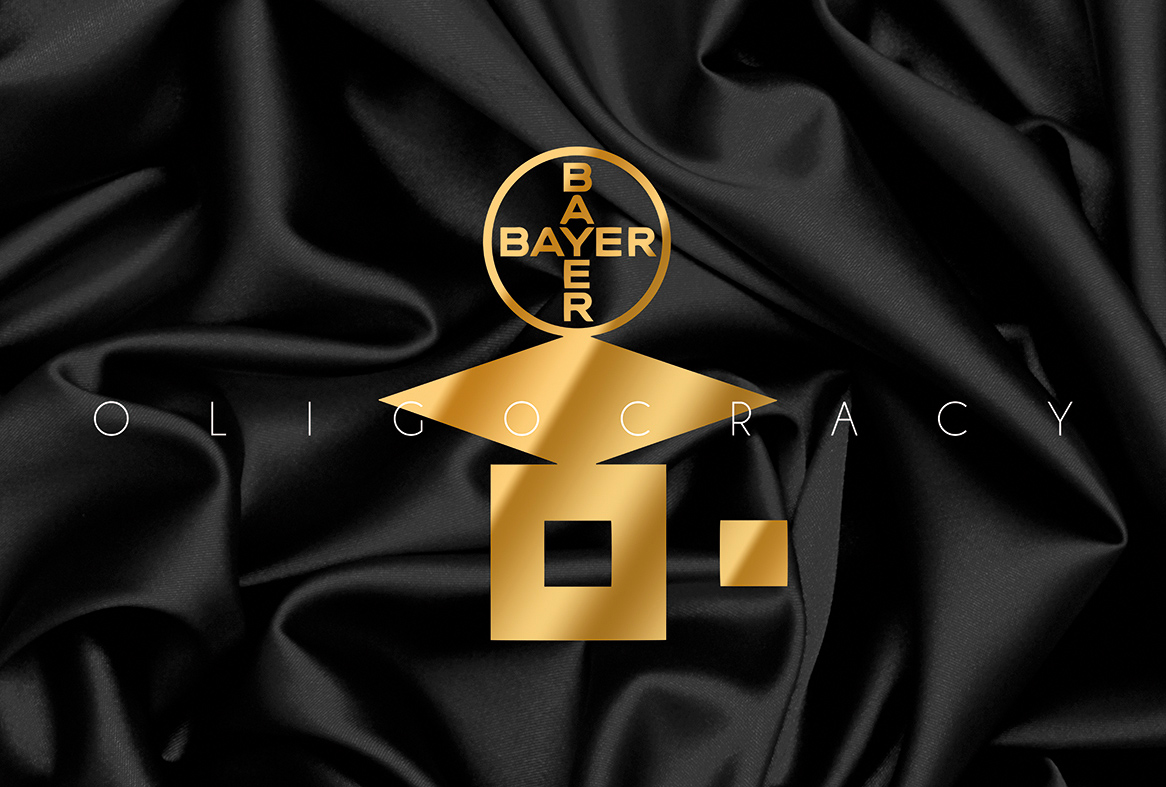 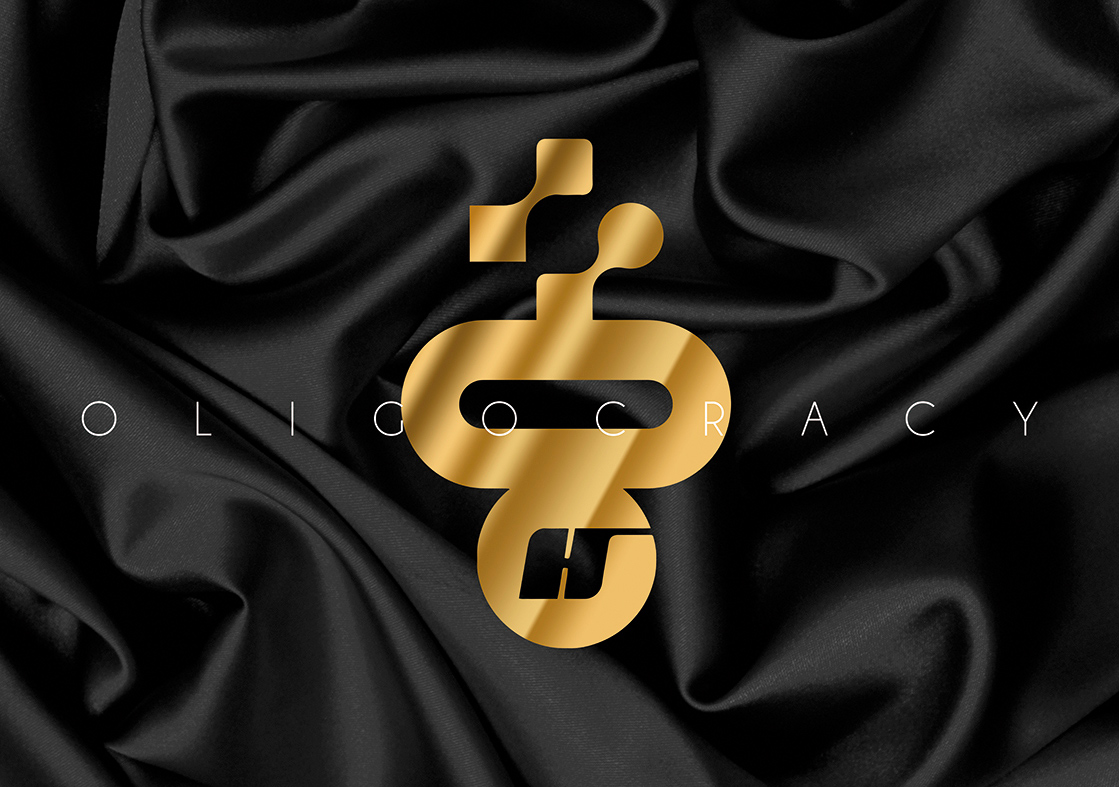 «Oligocracy» is a graphic intervention of a marked economic-political nature designed for the unique space of the Sorbonne Artgallery. In this project, PSJM uses a series of strategies and rhetorical-plastic resources to highlight a reality that is hidden in broad daylight. The current capitalist system and its sister form, liberal democracy, is presented as the power form of many (even in the economic sphere, the neoliberals speak of the power of the consumer) when, in reality, real power is held by a few, a few brands, the shields of large corporate conglomerates.

«Oligocracy» brings together nine compositions that represent the Big Three of the time. The expression “Big Three”, which originally referred to the main brands of the automotive industry (Ford, Chrysler, General Motors), is commonly used in the business world to designate the three leading companies in their sector. PSJM composes and organizes these brands to form a sort of contemporary shields that suggest the idea of ​​a “new feudalism” (a term coined by Jean Ziegler in works such as “The Empire of Shame” or “The New Masters of the World”).

The formalization of these pieces has been specially adapted to the environment of the Sorbonne Pantheon where the Sorbonne Artgallery is located. The magnificence of the architecture of this space is especially interesting in order to connect with another issue that is implicit in the aesthetic installation of this project: the relationship between power and knowledge, which Foucault was responsible for making visible in his genealogies and archeologies of knowledge. «Oligocracy», like the rest of PSJM’s works, shelters in this way a wealth of references in its polysemy that suggest several levels of meanings embodied in aesthetic decisions. The presentation in gold of these shields-brand refers to gold as a symbol of political power and economic power. The black silk that serves as background to these new feudal shields of the Big Three evokes the form of capitalist domination, which subjects the citizen through comfort and the promise of luxury. Aspirational advertising leads to an ideological and vital deception, because it drives consumers to think that everyone, democratically, can have access to luxury. Capitalist power caresses you while you submit to it. It is not by chance either that the typography chosen for the word “oligocracy” that goes across these images has the name Champagne & Limousines.

The promise of democratic luxury or the concealment of one system (oligocracy) by another (democracy) through the rhetoric of power is at the base of this plastic project of political economy. For PSJM, the frames of the Sorbonne Artgallery are especially favourable to show advertising images, because they are not very different from the usual media on which outdoor advertising is placed (whose European magnate, JC Decaux, is based in Paris). But not any type of advertisement, because the architectural environment demands a reflection on the relationships between power, knowledge, economy, politics and aesthetics that can only be shown as a silky but obscure domination.

With this project, PSJM resumes its critique to the ideological universe of brands. In this sense, the recent censorship* that the collective has suffered at Mucem (Musée des civilisations de l’Europe et de la Méditerranée) in Marseille places once again the discussion about the power of corporations at the center of its political-aesthetic concerns.