“La Hoya Horizontal” is a participatory and deliberative project promoted by the artistic team PSJM that gets the residents of the Hoya de la Plata neighbourhood involved in their diagnostic processes, decision-making and execution of actions.

“La Hoya Horizontal” was launched with the support of the subsidy of the Citizen Participation Unit of the Cabildo de Gran Canaria. The PSJM collective arrived in the neighbourhood of Hoya de la Plata with the intention of carrying out, through a participatory process, some type of aesthetic-functional intervention that would improve people’s lives. The situation they encountered was very problematic: the structural state of the places susceptible to a plastic intervention or the introduction of urban furniture (parks, walls, common spaces) did not allow any action to be taken. The deterioration of some walls was even a clear danger to its inhabitants. It was decided that the best thing would be to get to the root of things, look inside the neighbourhood and discover their true structural needs. Sanitation of the root would be the starting point to embellish the neighbourhood functionally, aesthetically and morally. 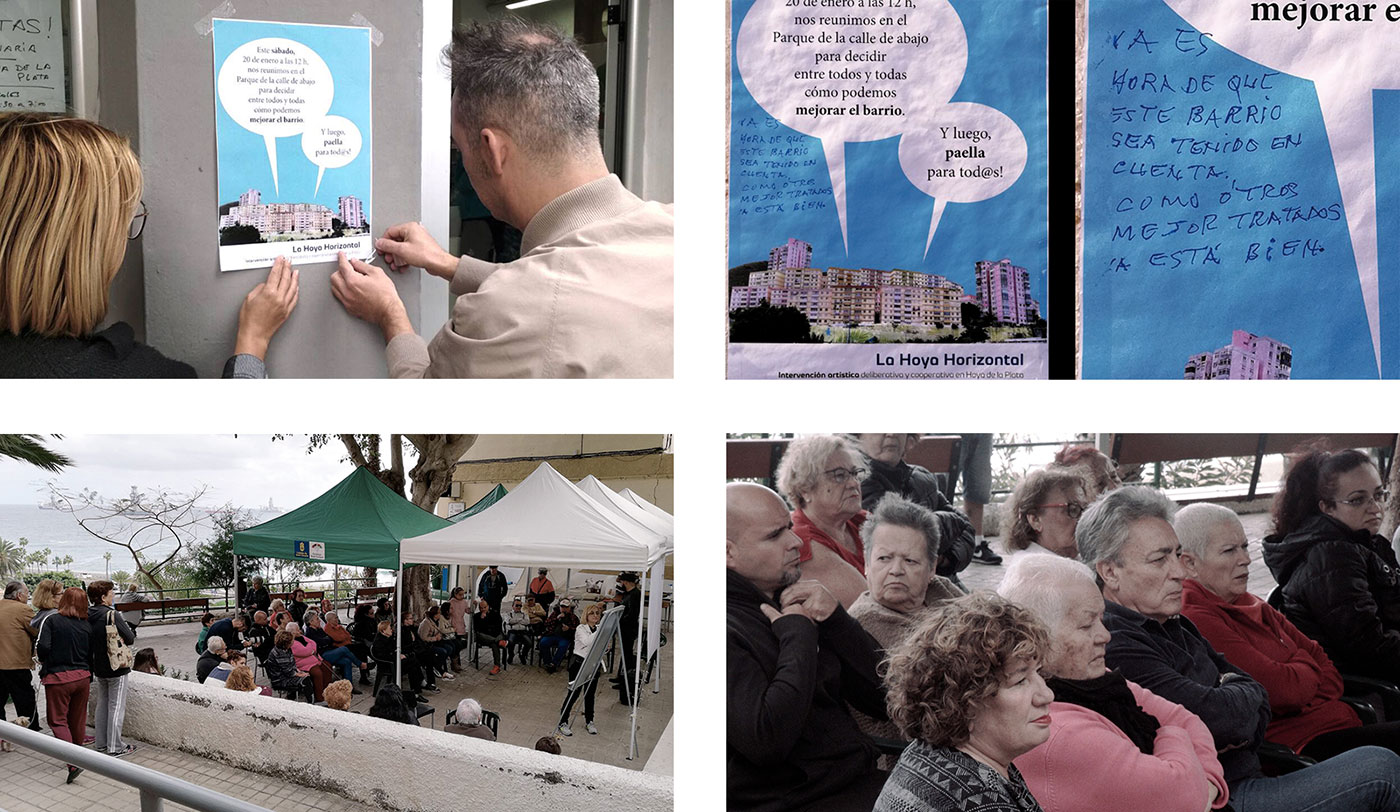 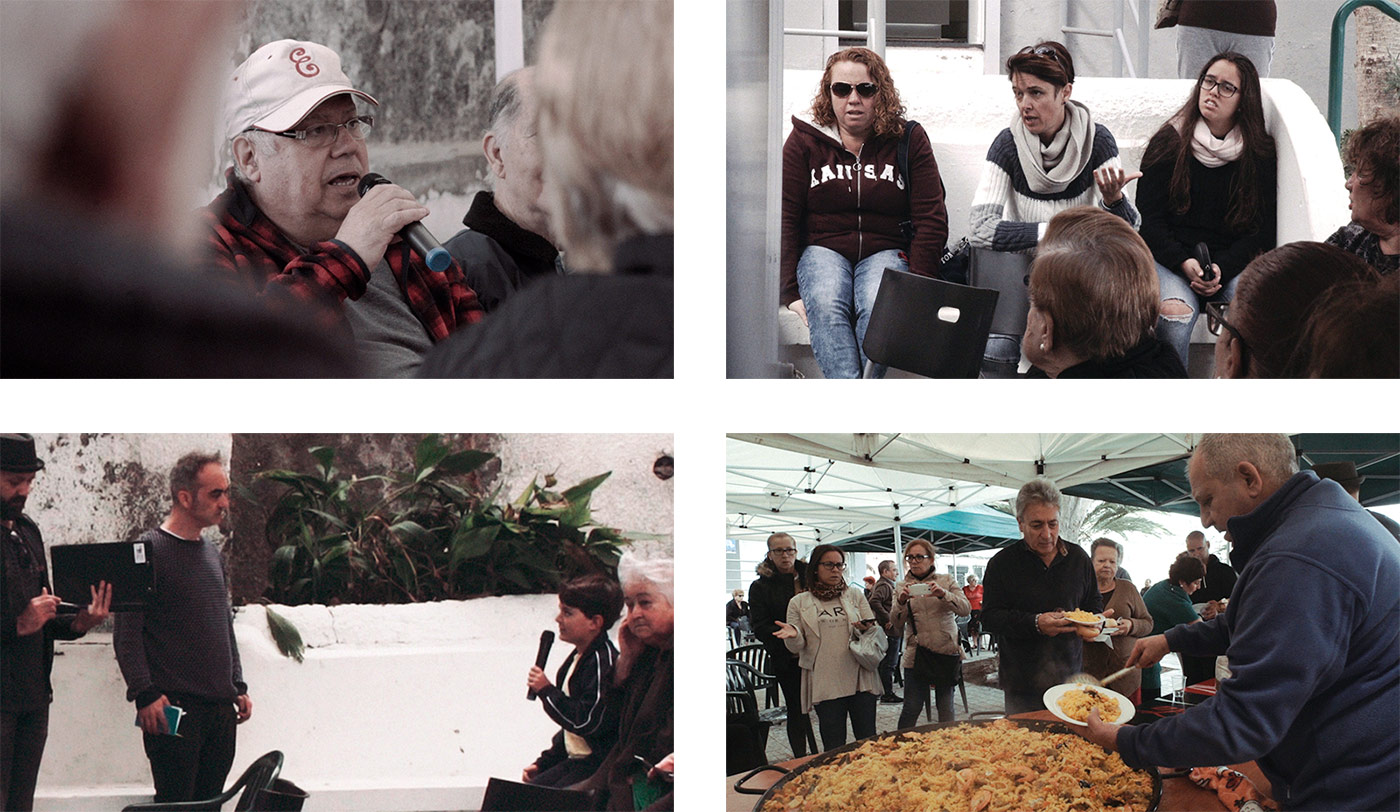 The subsidy that was available to create an artistic participatory process was clearly insufficient to face the large expenses involved in a structural repair in conditions, but it could generate a process of neighbourhood collaboration to make visible the state of emergency which the neighbourhood was in. Thus, PSJM, agreed by consensus with neighbours, put at the service of the citizenship their knowledge and experience in advertising (and counter-advertising) with the intention of making a different mobilization, away from the typical demonstrations in front of the City Hall building.

They then considered the idea of editing four models of tourist-type postcards, showing the best and the worst of the neighbourhood. All of them showed a picture of the idyllic views that the neighbourhood has (a sunrise), opposed to an image of the ruinous state of the streets, blocks, walls and common spaces. The message was ironically anchored with a brand and a slogan: “Hoya de la Plata. The best views of Las Palmas”. 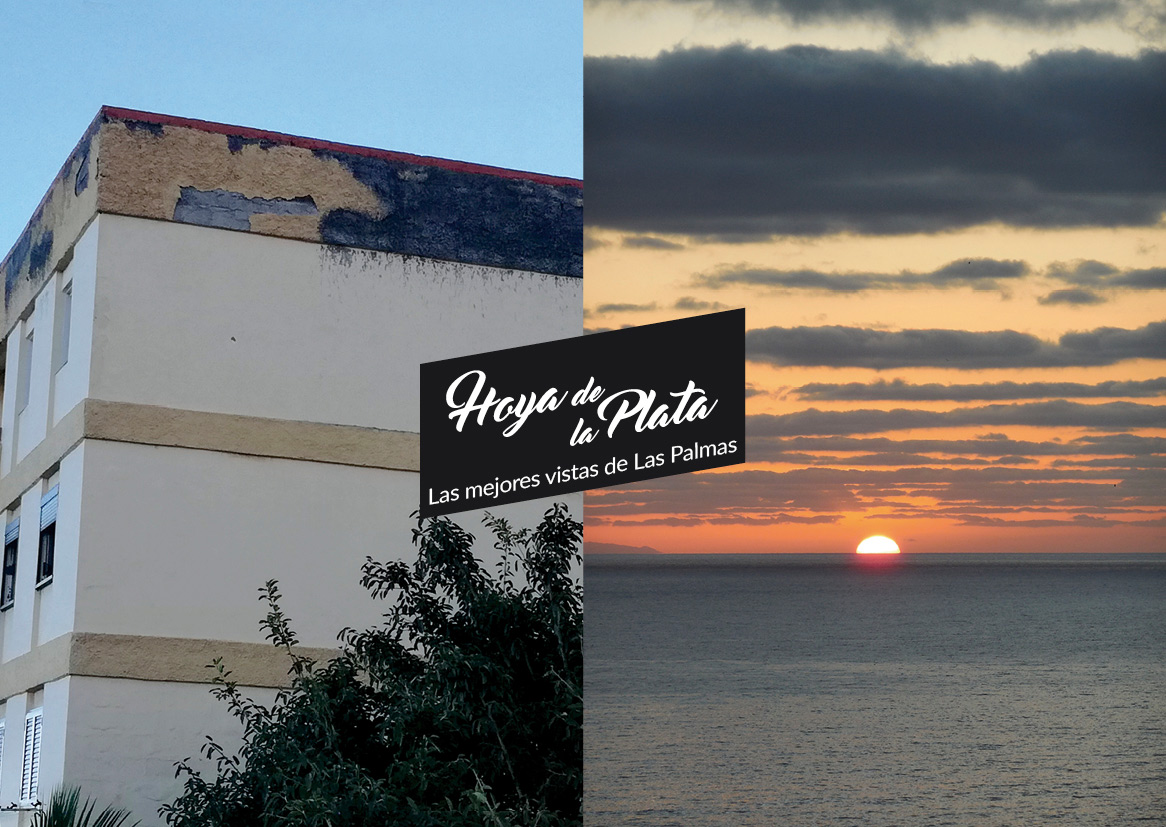 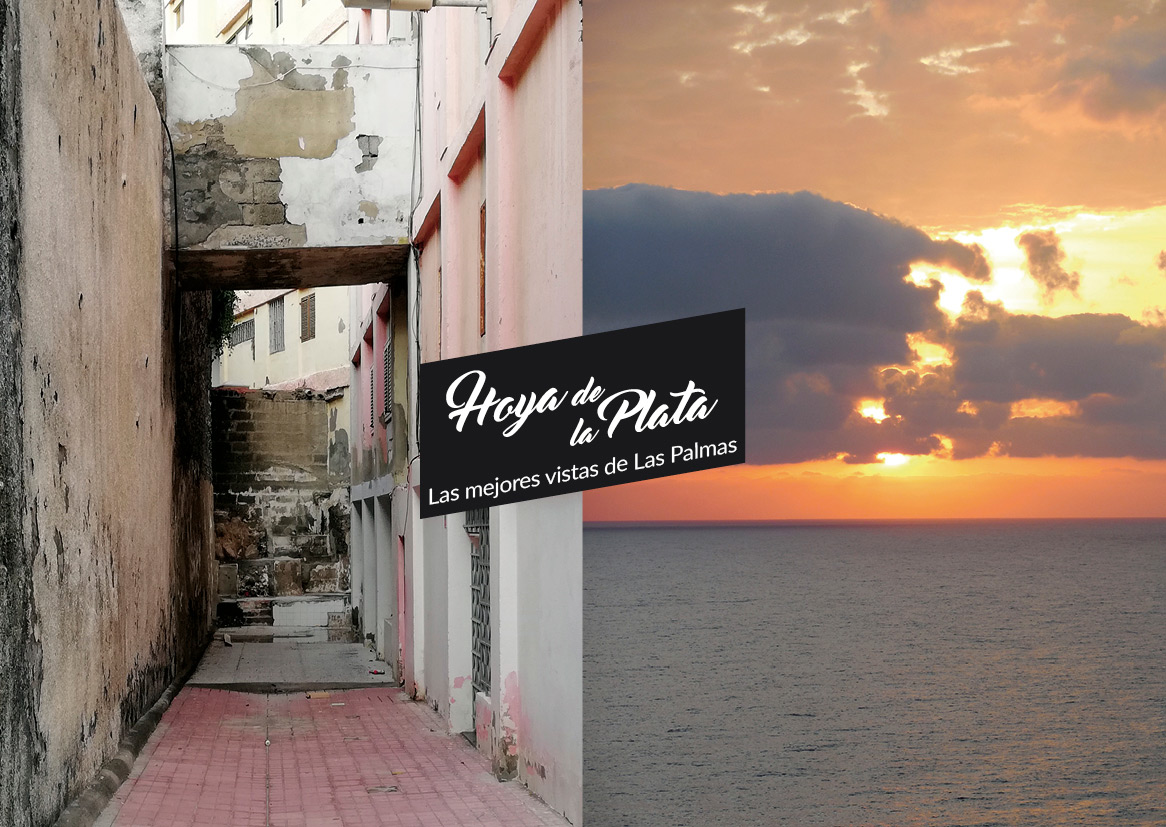 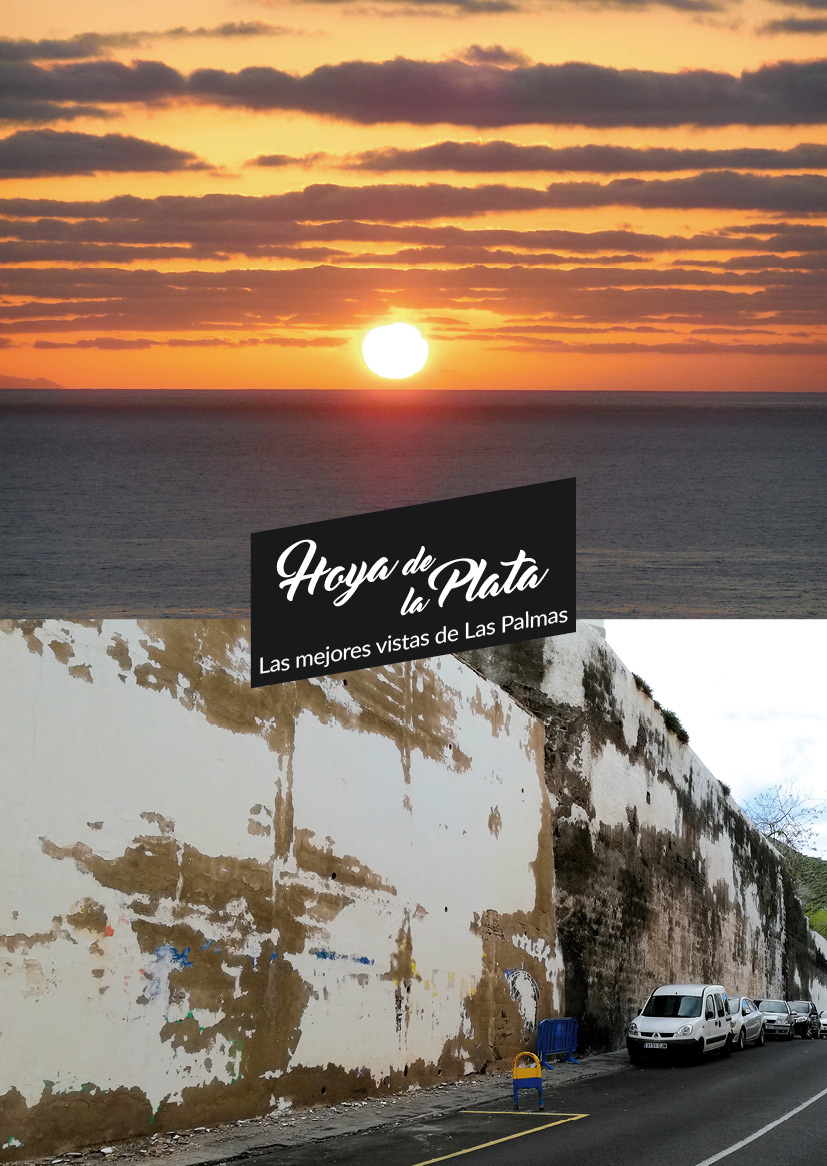 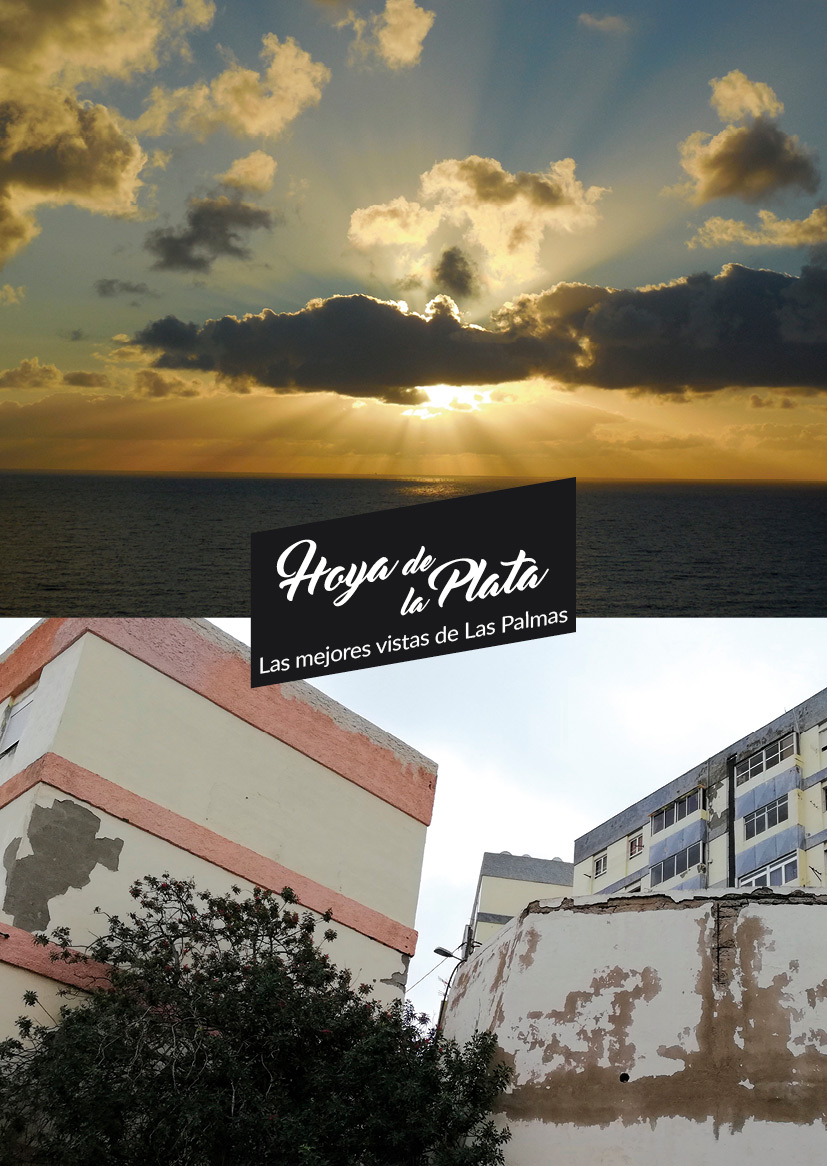 A radical writing workshop was carried out, in which neighbours wrote more than 300 postcards that were sent to Augusto Hidalgo, mayor of Las Palmas de Gran Canaria. Previously, PSJM had requested an appointment with the mayor to discuss the situation of the neighbourhood and try to get a commitment from the institution, so the postcards were sent in batches of 100 during the days before the meeting in order to start alerting the municipal power. The mayor promised to visit Hoya de la Plata and look for solutions.

Since the neighbourhood did not even have a park where boys and girls could play, it was proposed to get the school involved. An epistolary writing workshop was held –a much needed democratic education proposal in the Internet era– in which some 100 students established a connection with the common needs and the creative ways of claiming what is rightfully theirs. 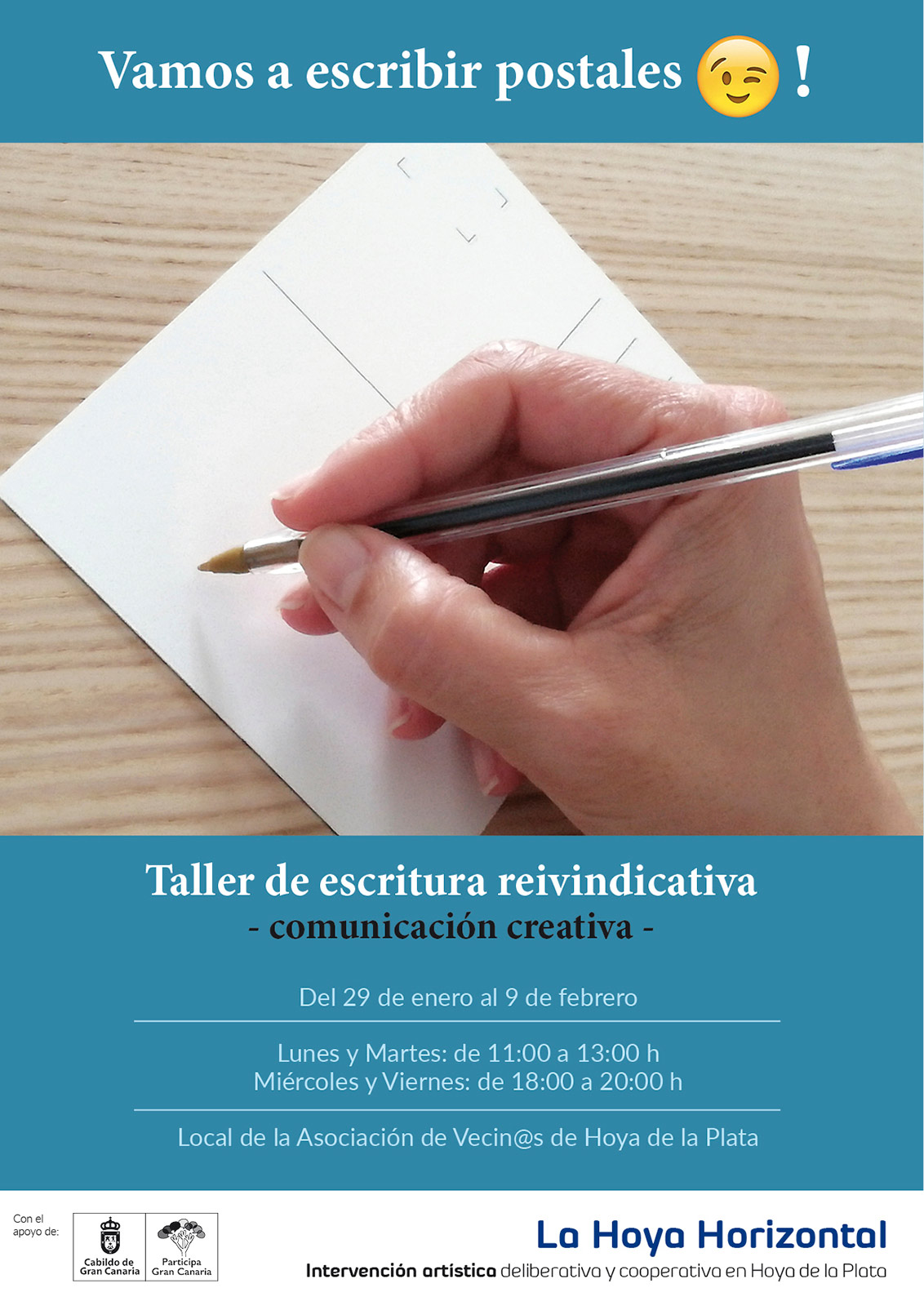 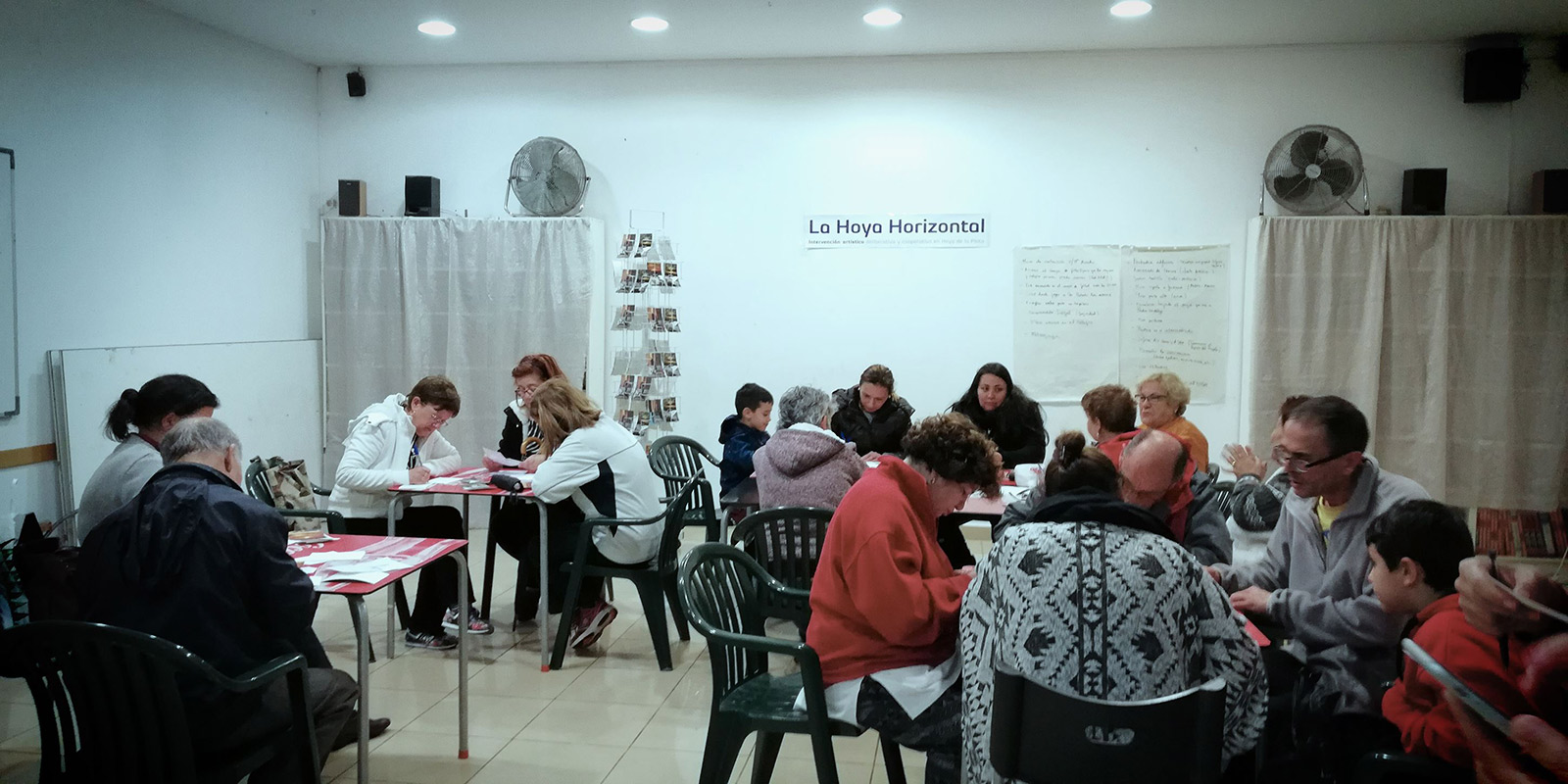 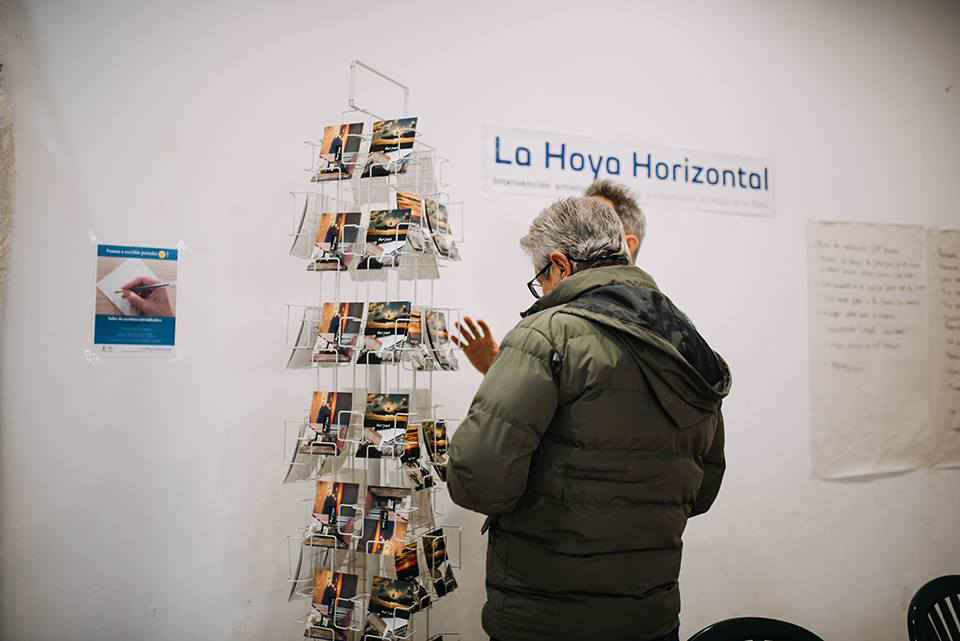 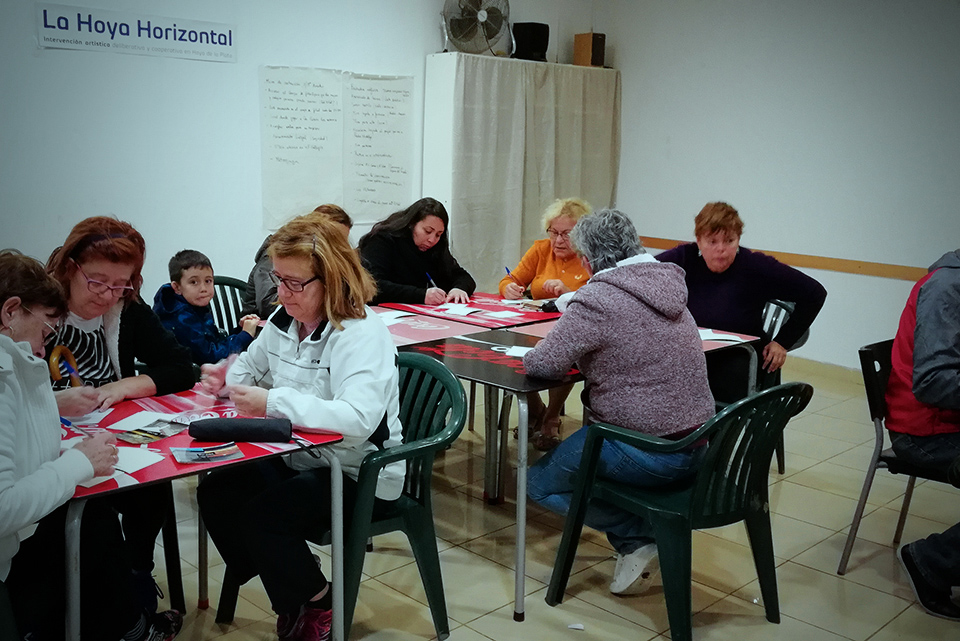 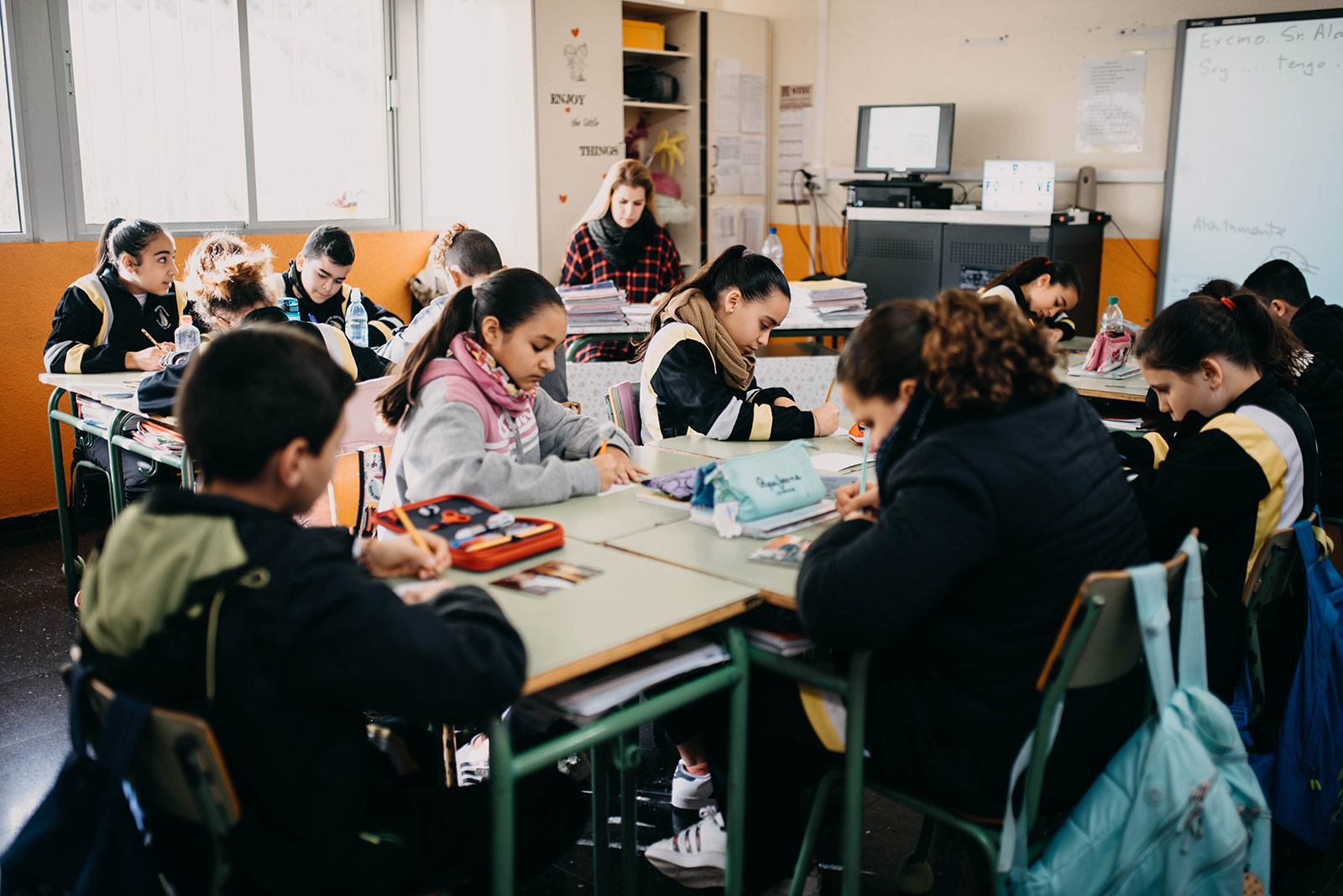 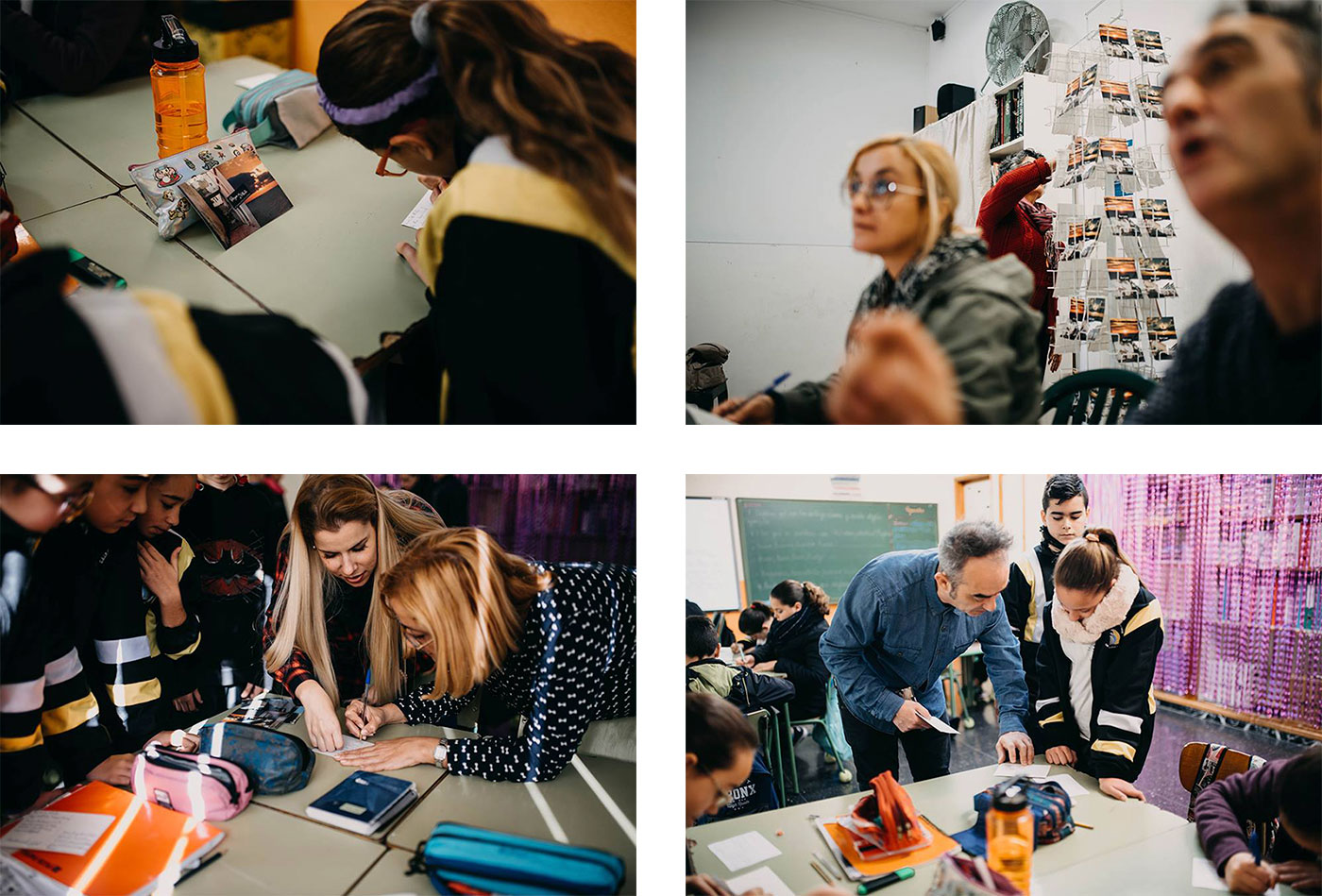 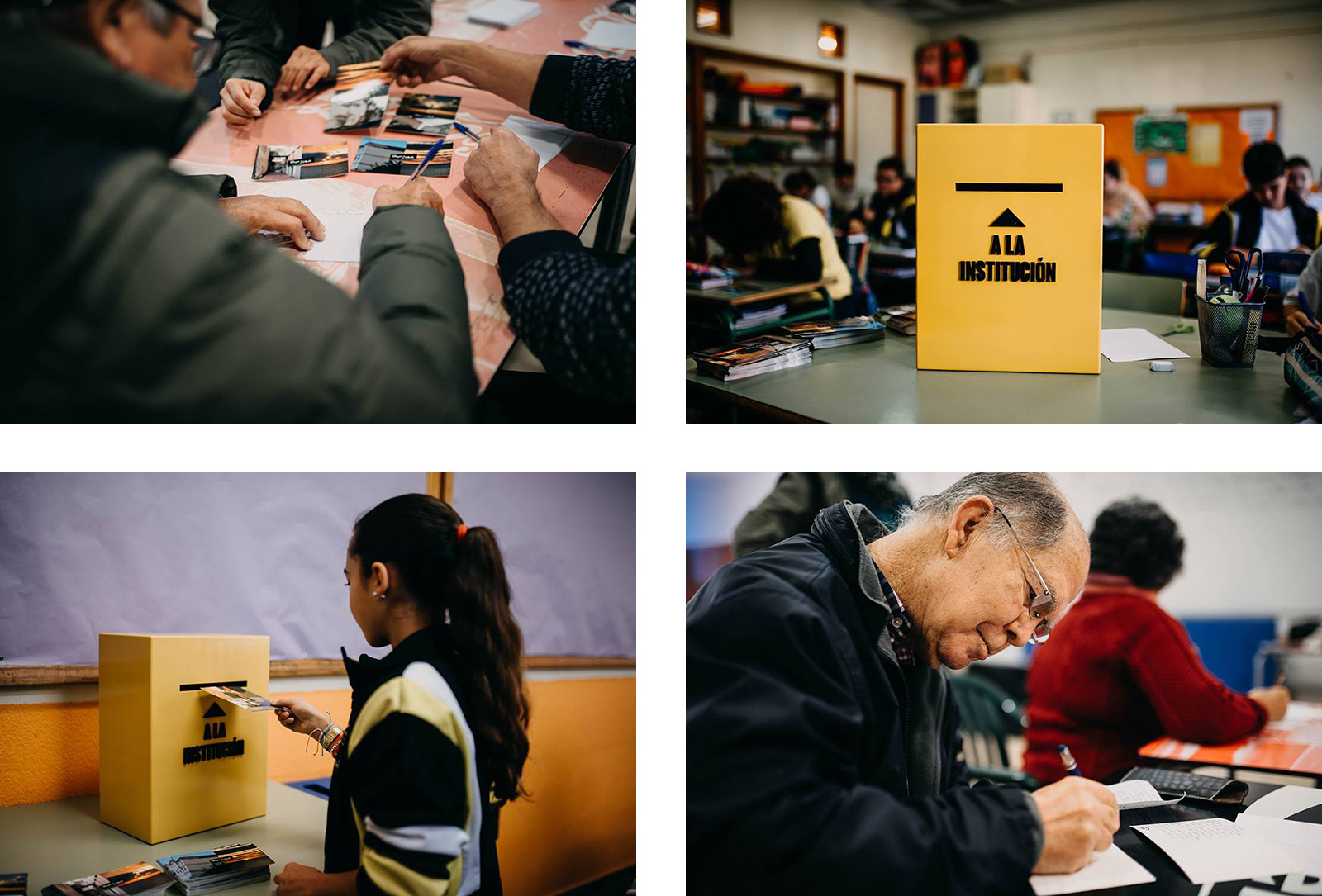 Likewise, the idea of postcards was transferred to a video with the format of an advertising spot that, with a strong ironic and poetic tone, began to spread rapidly through social networks and mobile devices.

Also, when thinking about the different elements that would be proposed to carry out the participatory action, it was taken into consideration that these aesthetic objects could function as an active tool of social transformation, but also as “museum” pieces, that is, that they could have an autonomous presence in the exhibition hall as works of art that pertain to the tradition and current discourse of contemporary art. In this sense, the “La Hoya Horizontal” project was transferred to the exhibition space of the Gabinete Literario. 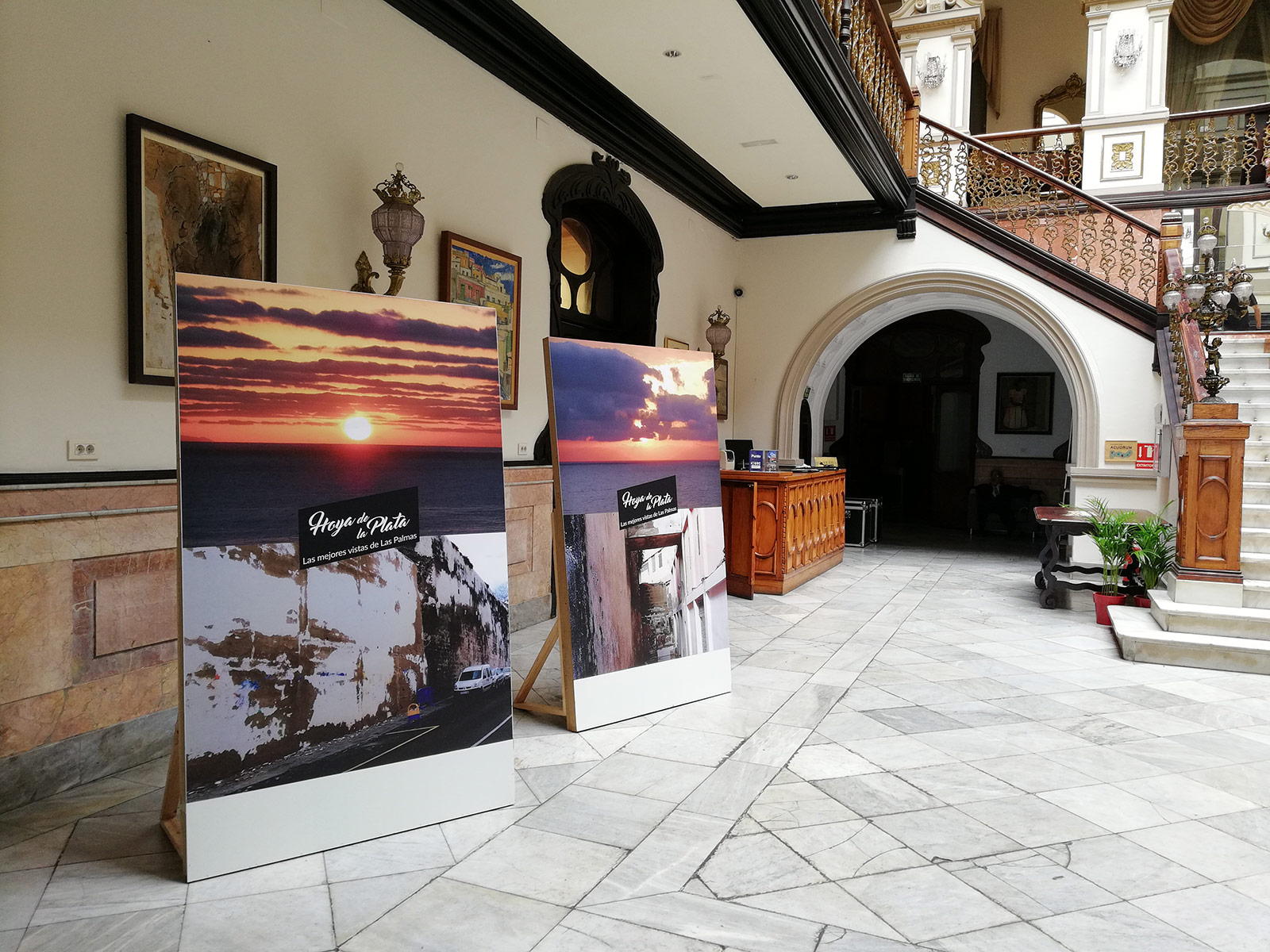 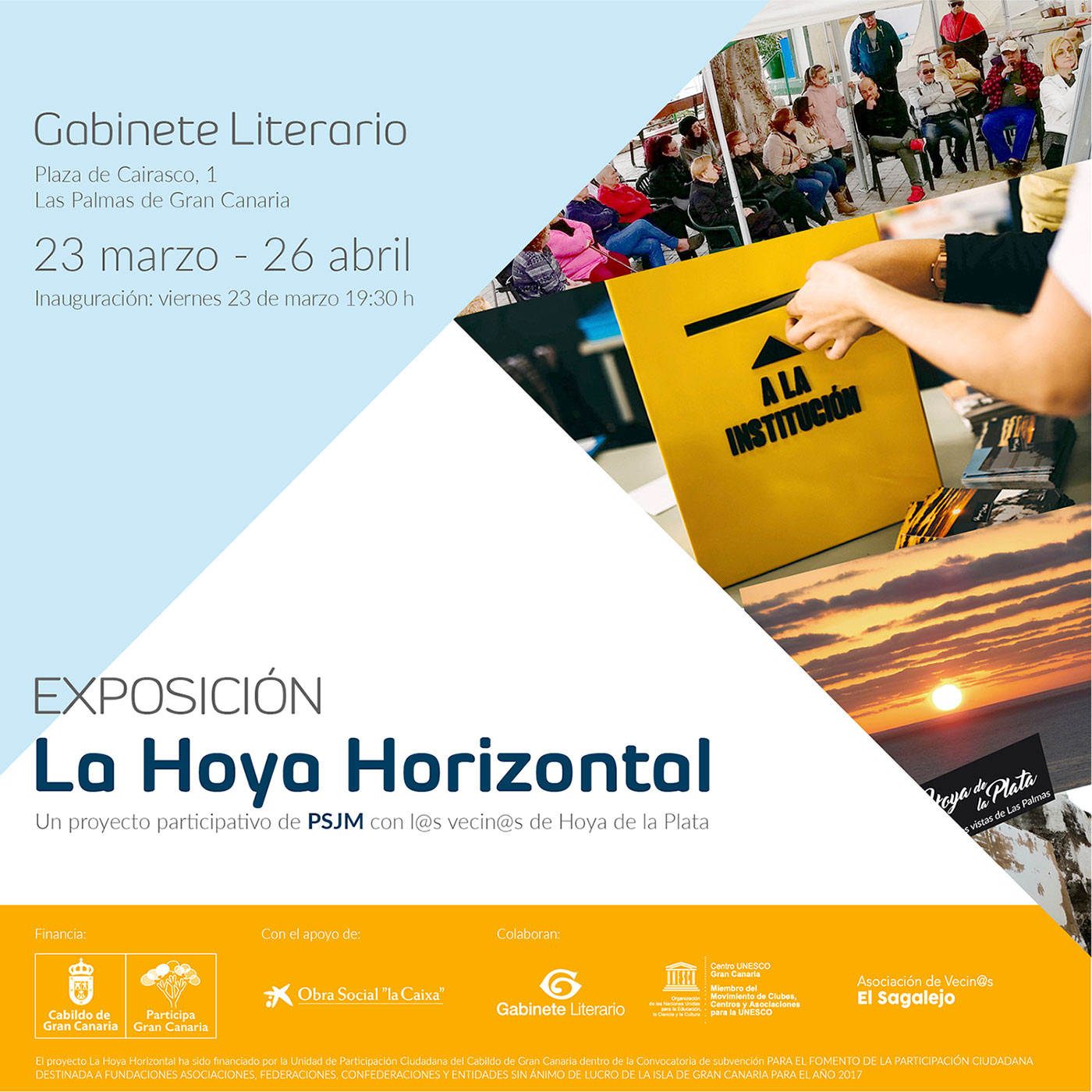 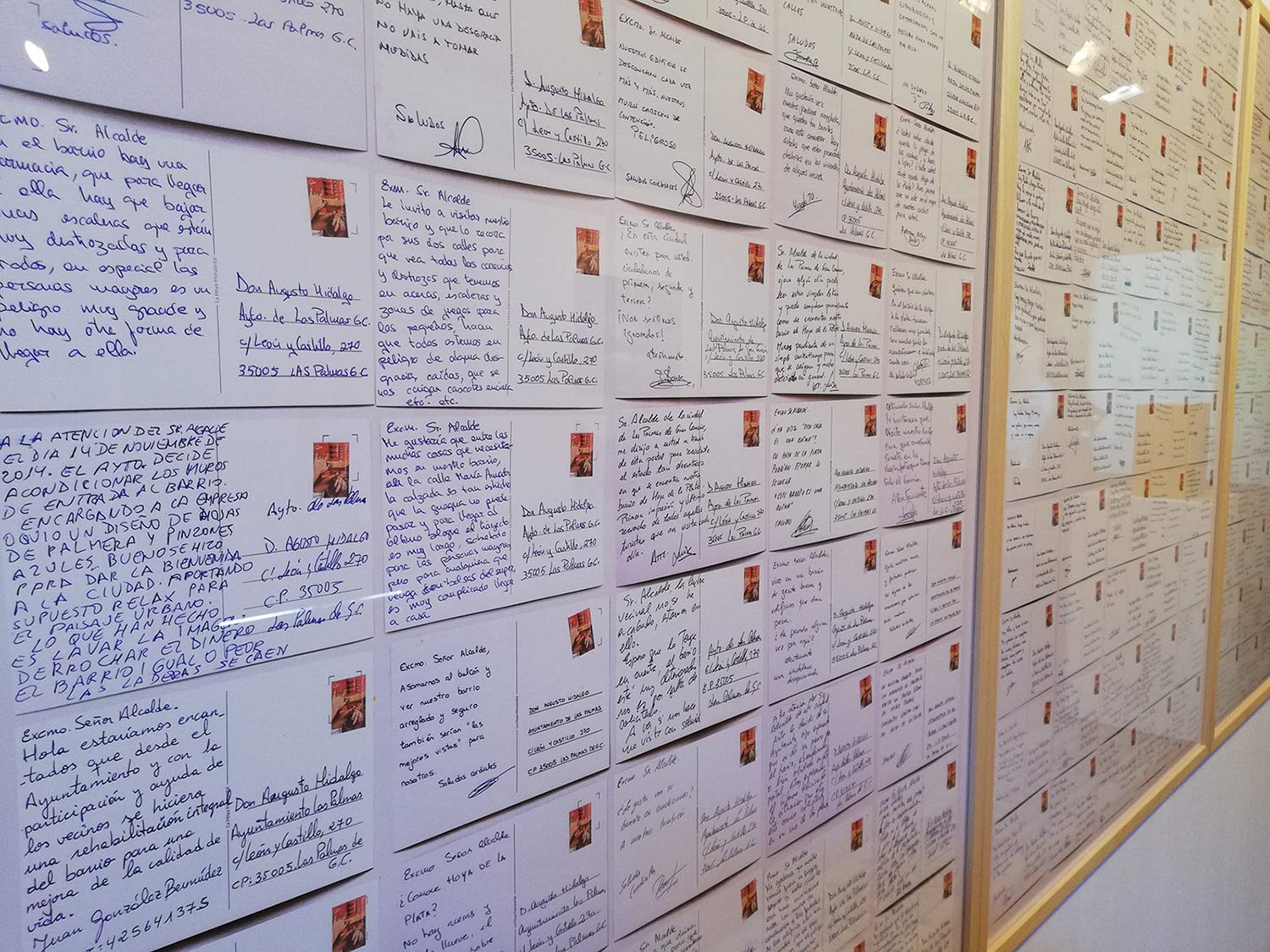 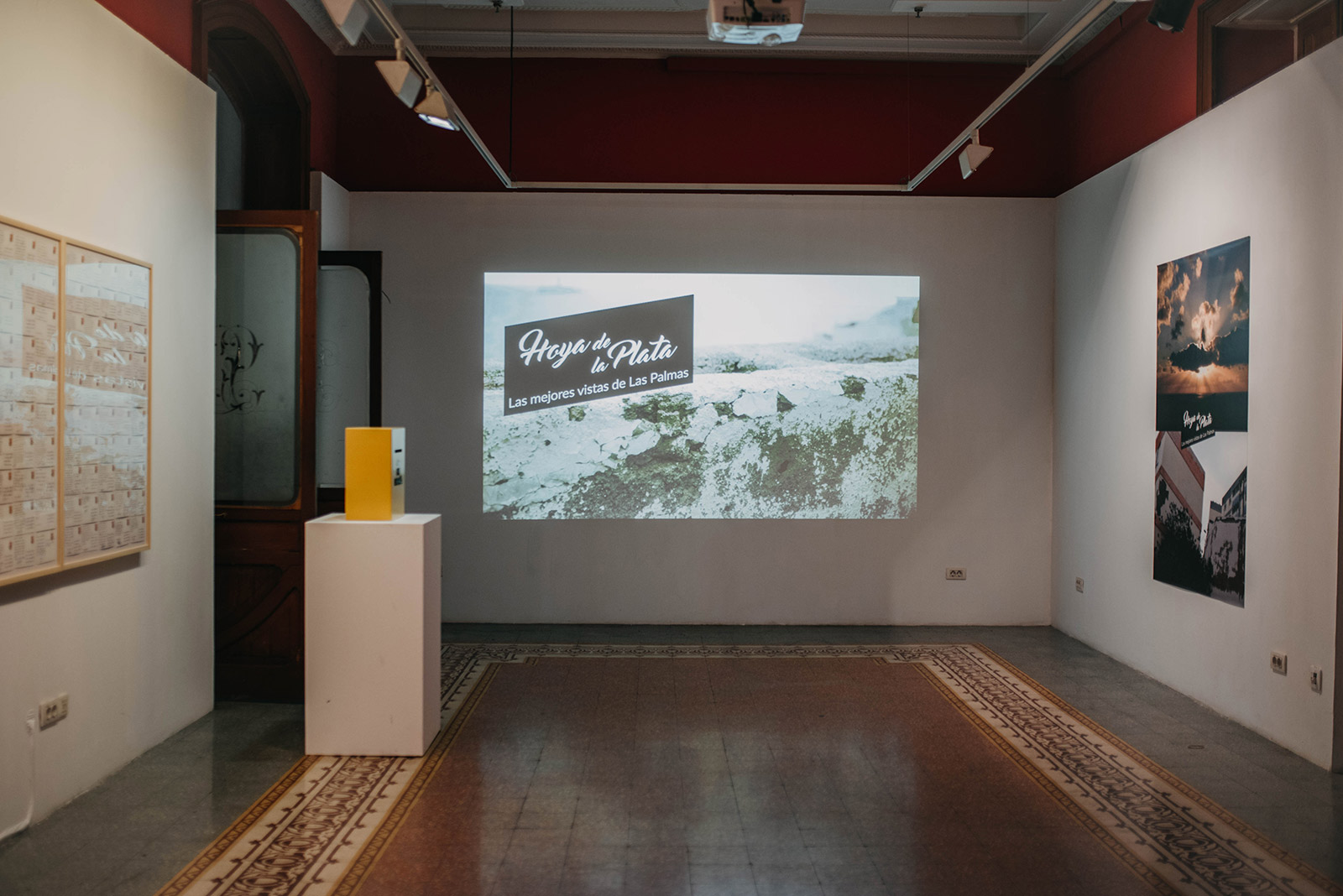 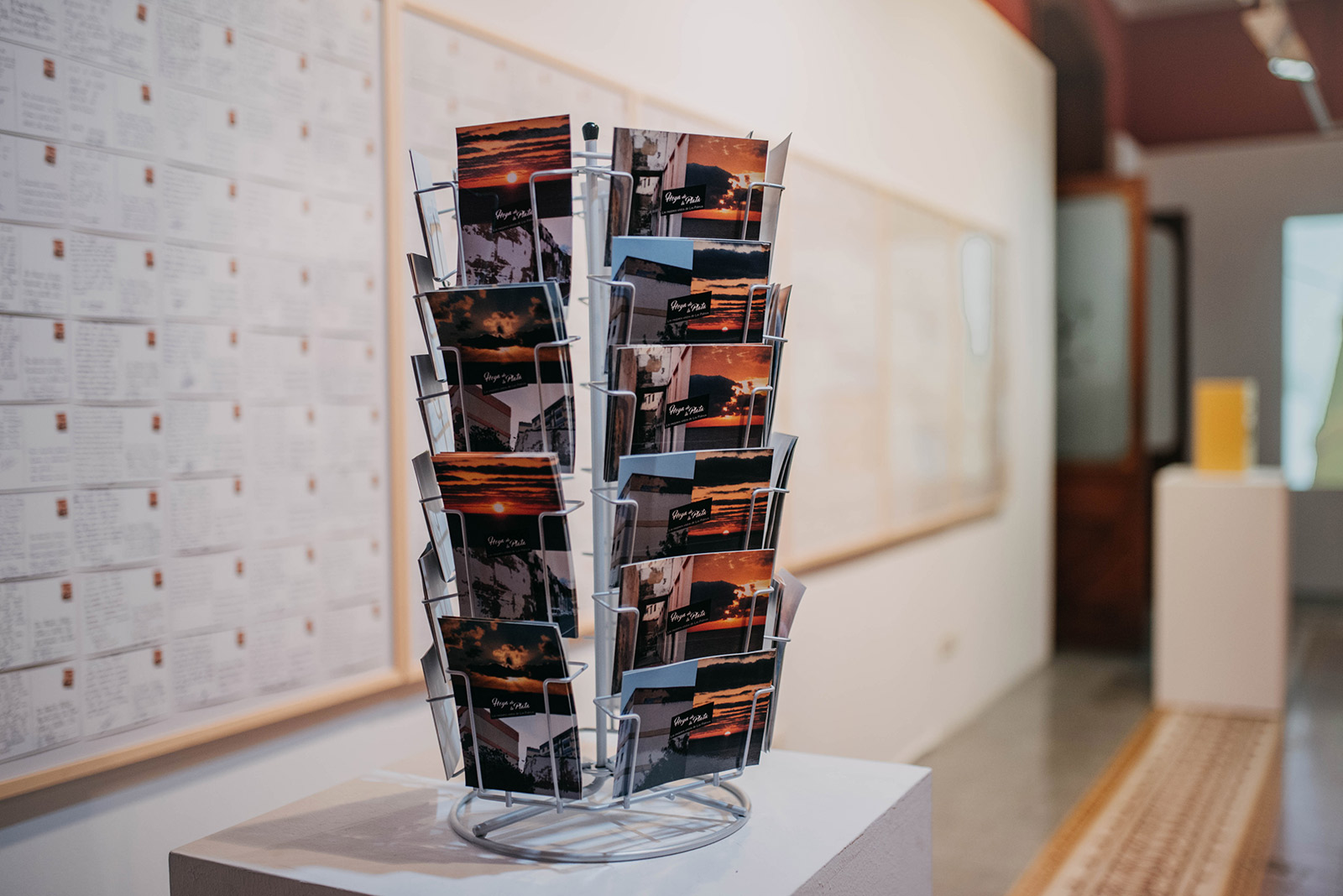 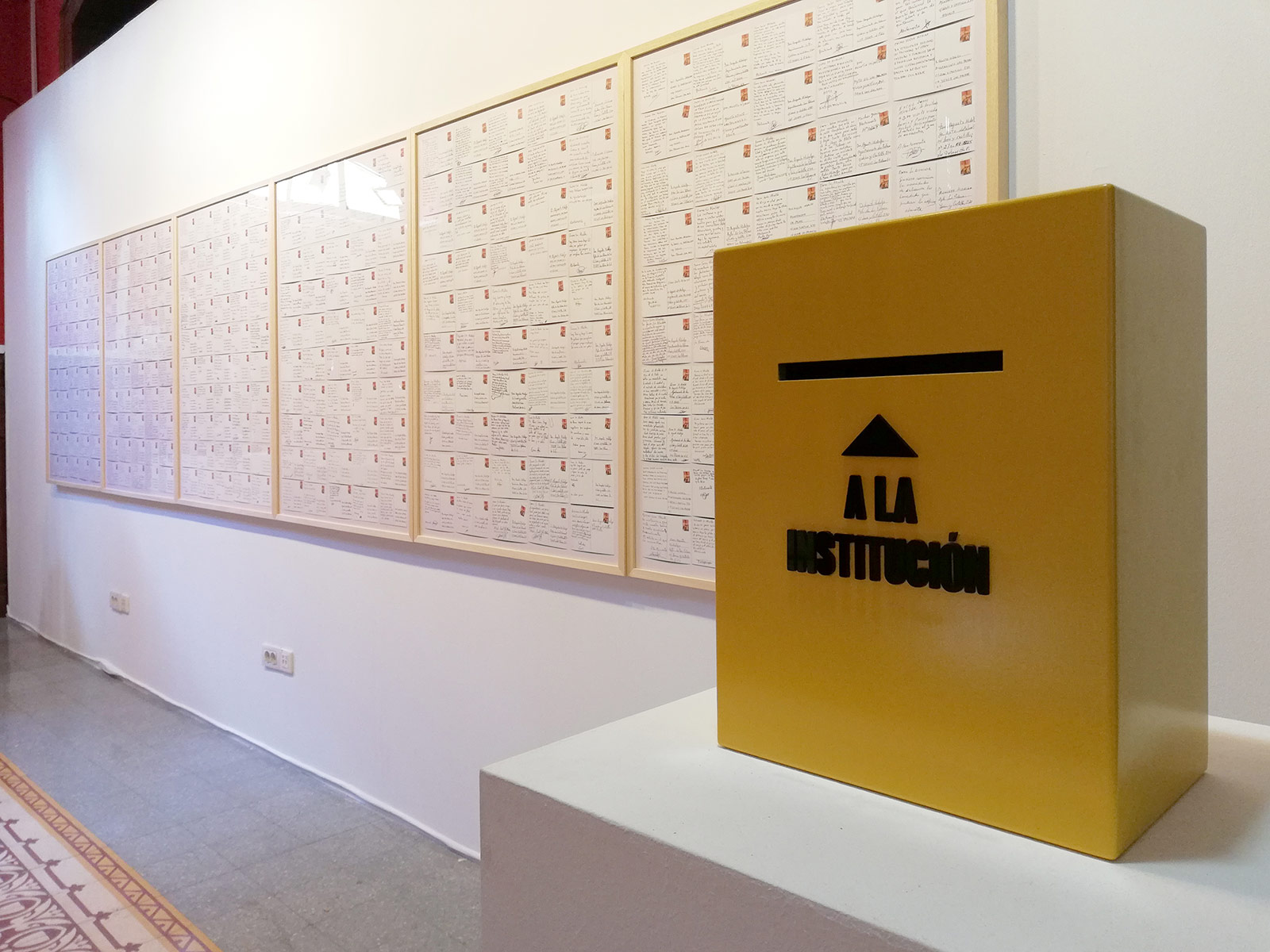 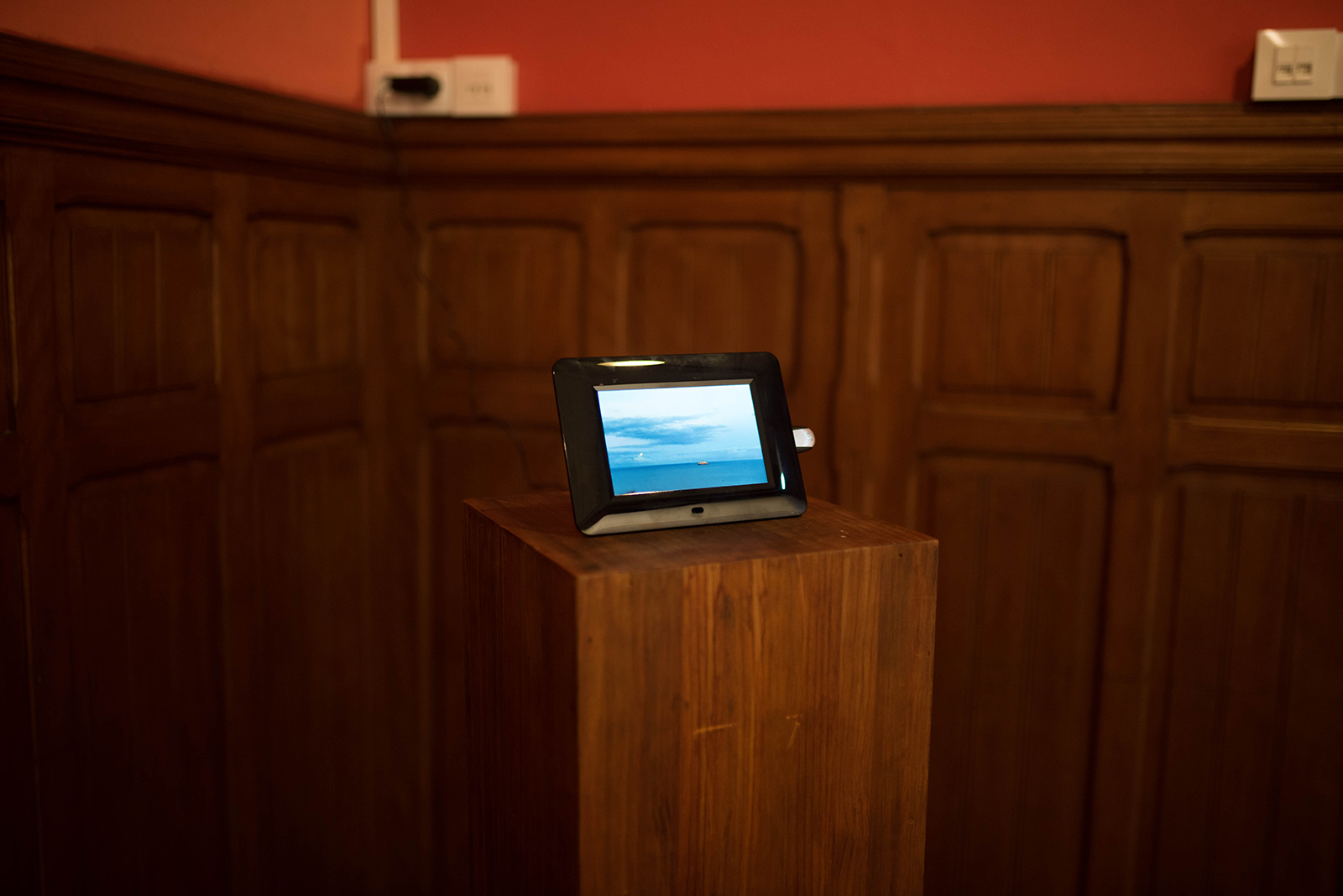 The Neighborhood Association of Hoya de la Plata, previously called El Sagalejo, has also unanimously adopted in a meeting the name of the project La Hoya Horizontal as its own. PSJM has proposed a logo, whose natural geometry is being assumed as a symbol of neighbourhood identity: a flag for the union of Hoya de la Plata.

The campaign of visibility, the participatory process and the neighbourhood union achieved the visit of Mayor Augusto Hidalgo, who came with a postcard in his hand and accompanied by the technicians of Roads and Roadworks and Parks and Gardens, the District Councillor, Lourdes Armas, and the press. He visited the Dr. Juan Negrín School and made a detailed tour of the neighbourhood, all together with neighbours. Thus, as a team, problems were addressed and solutions were provided. Also, the town planning councillor of the City of Las Palmas, Javier Doreste, made a visit and took note of the problems, he indicated the steps to follow and committed to start the rehabilitation process. 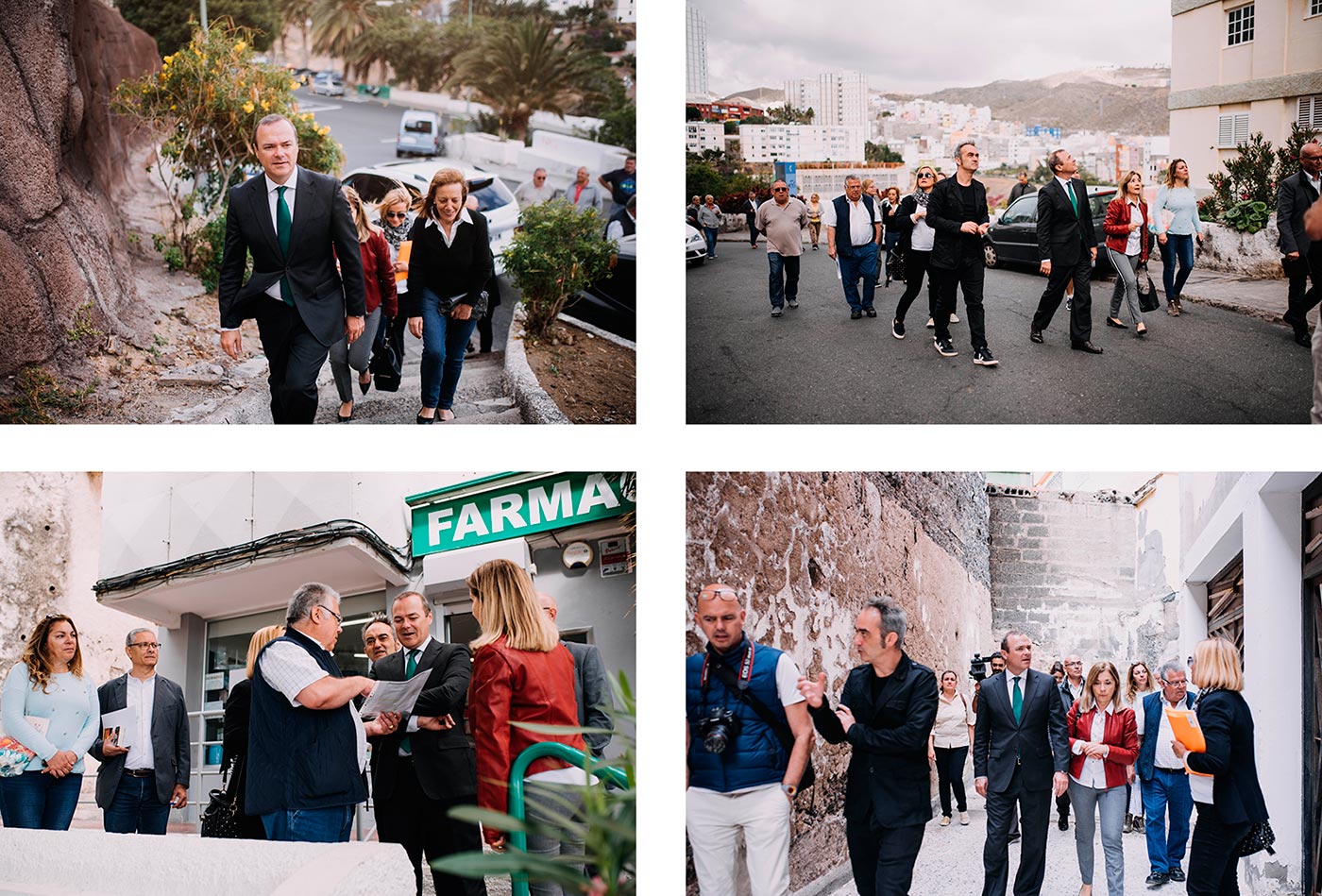 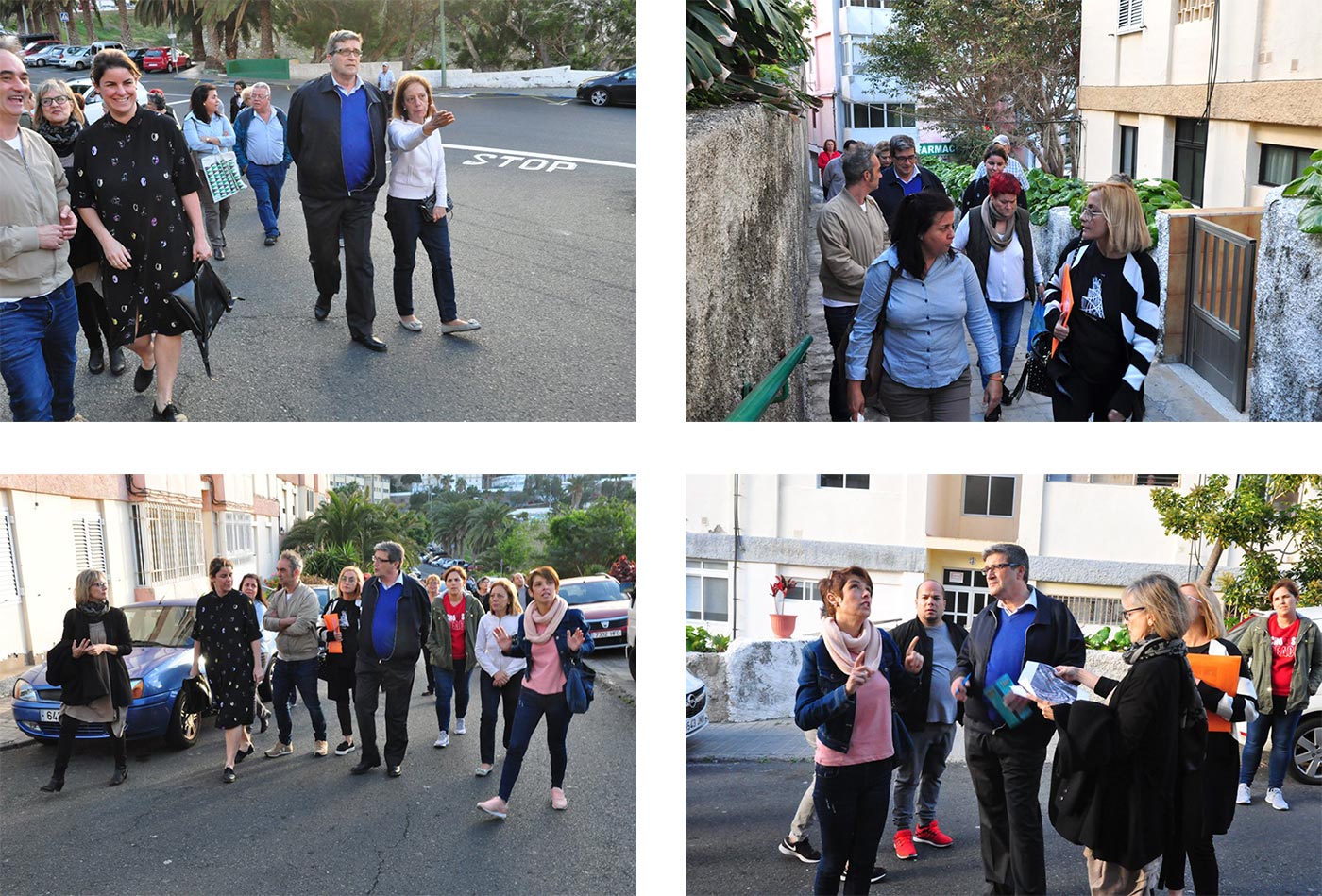 At this point, the collaboration of the ANCA Architecture studio, from Elsa Guerra and Noemí Tejera, was requested to carry out a critical urban study that will serve as a strategy and diagnosis for the comprehensive rehabilitation of the neighbourhood. 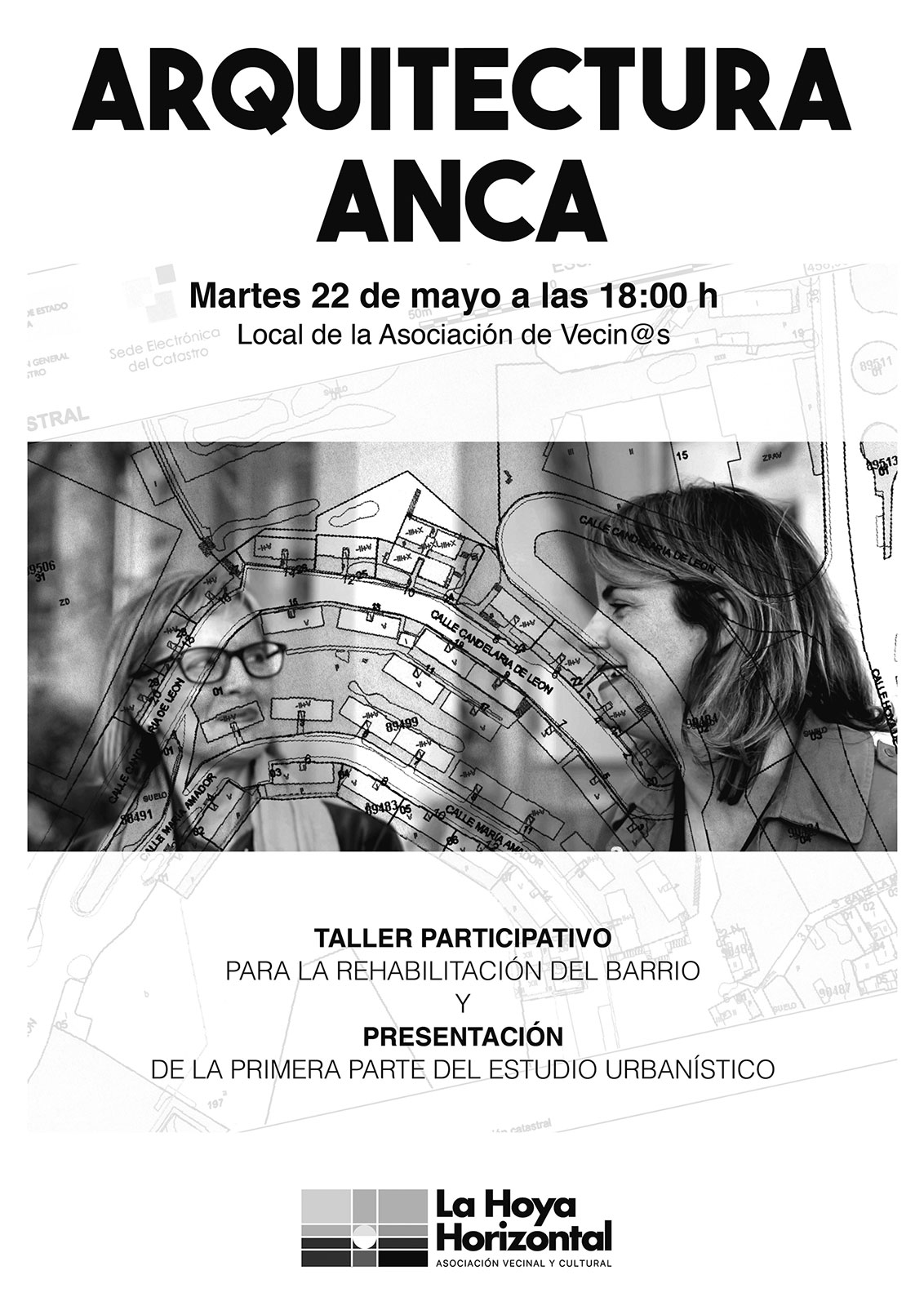 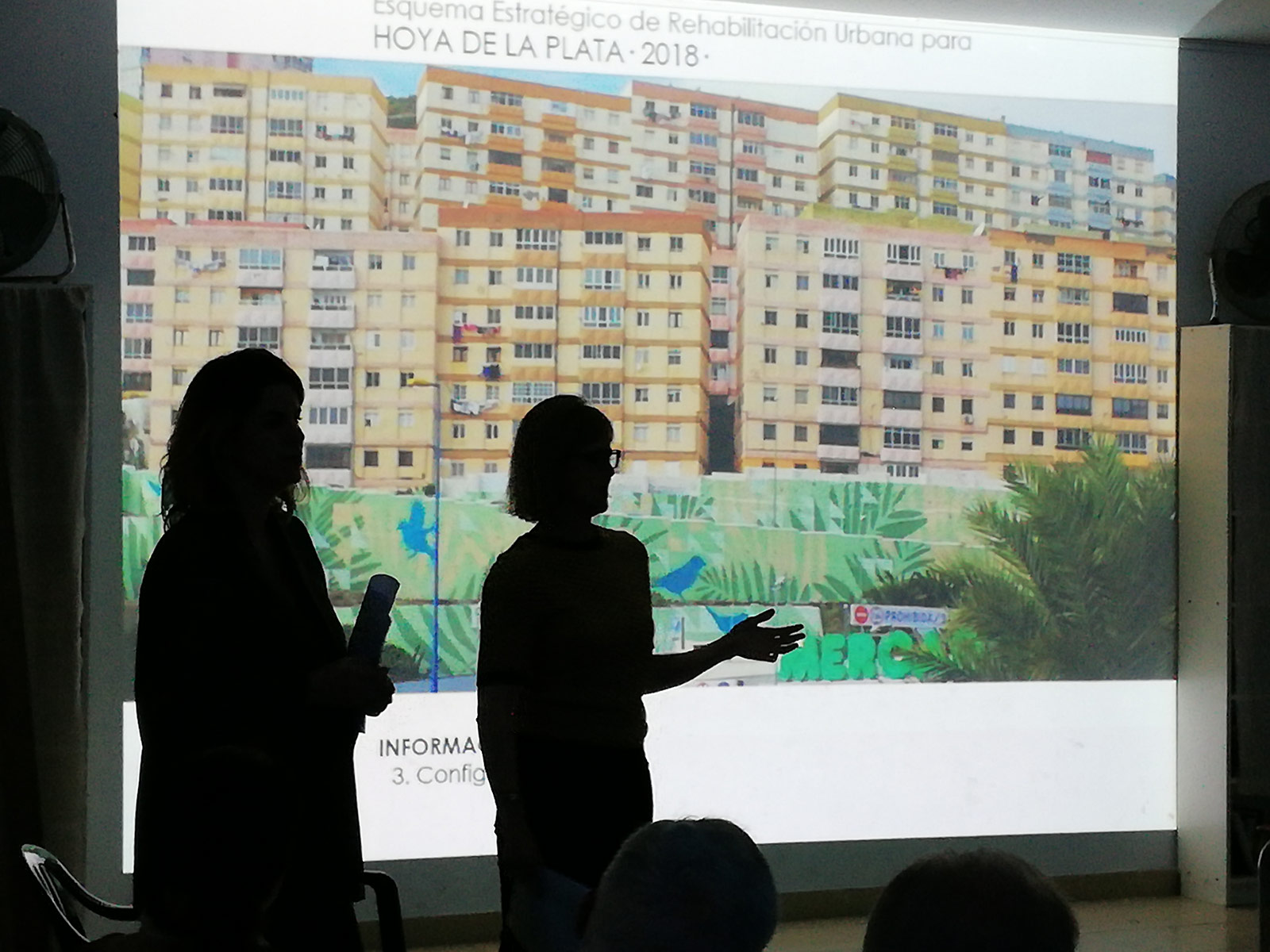 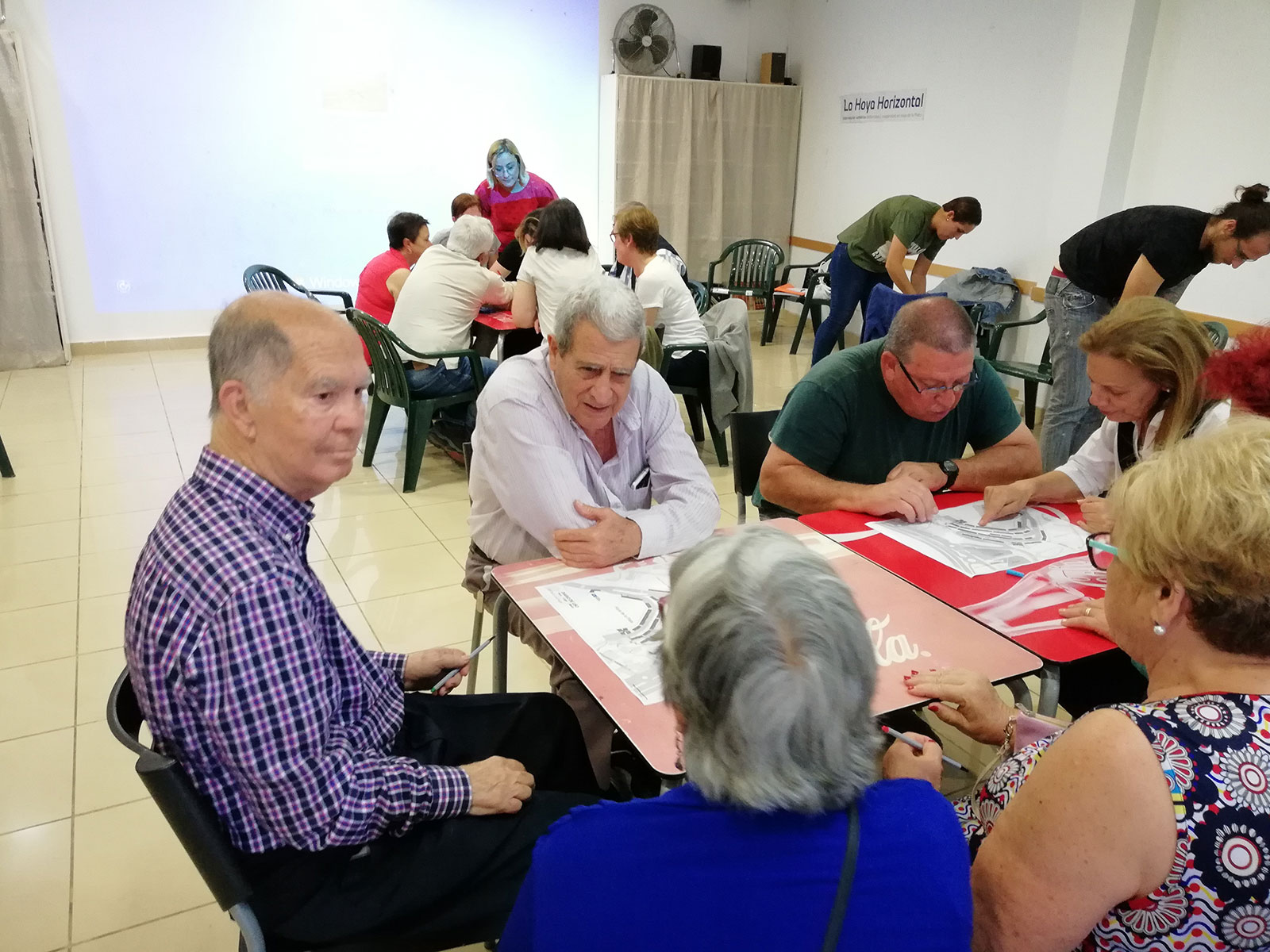 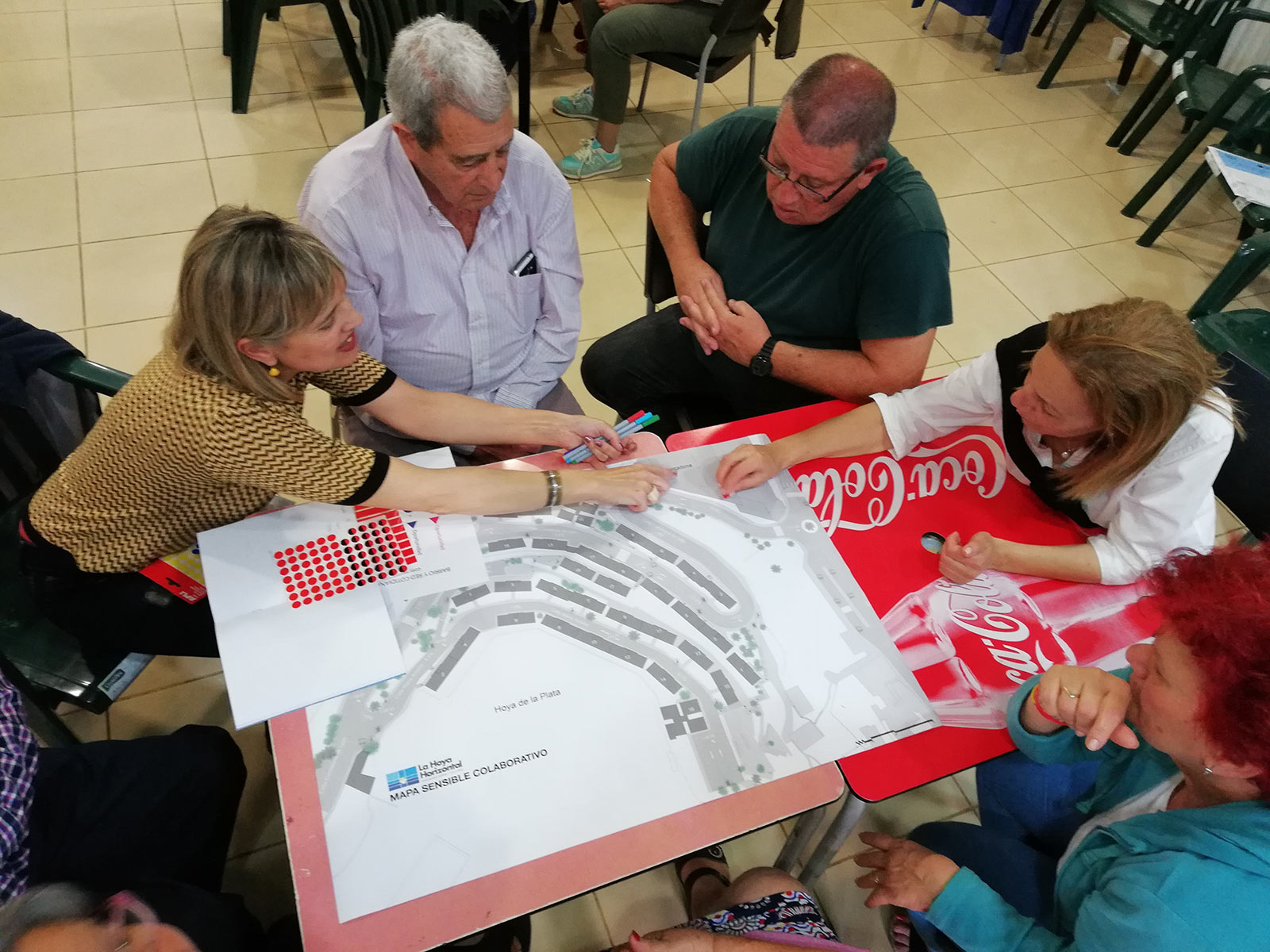 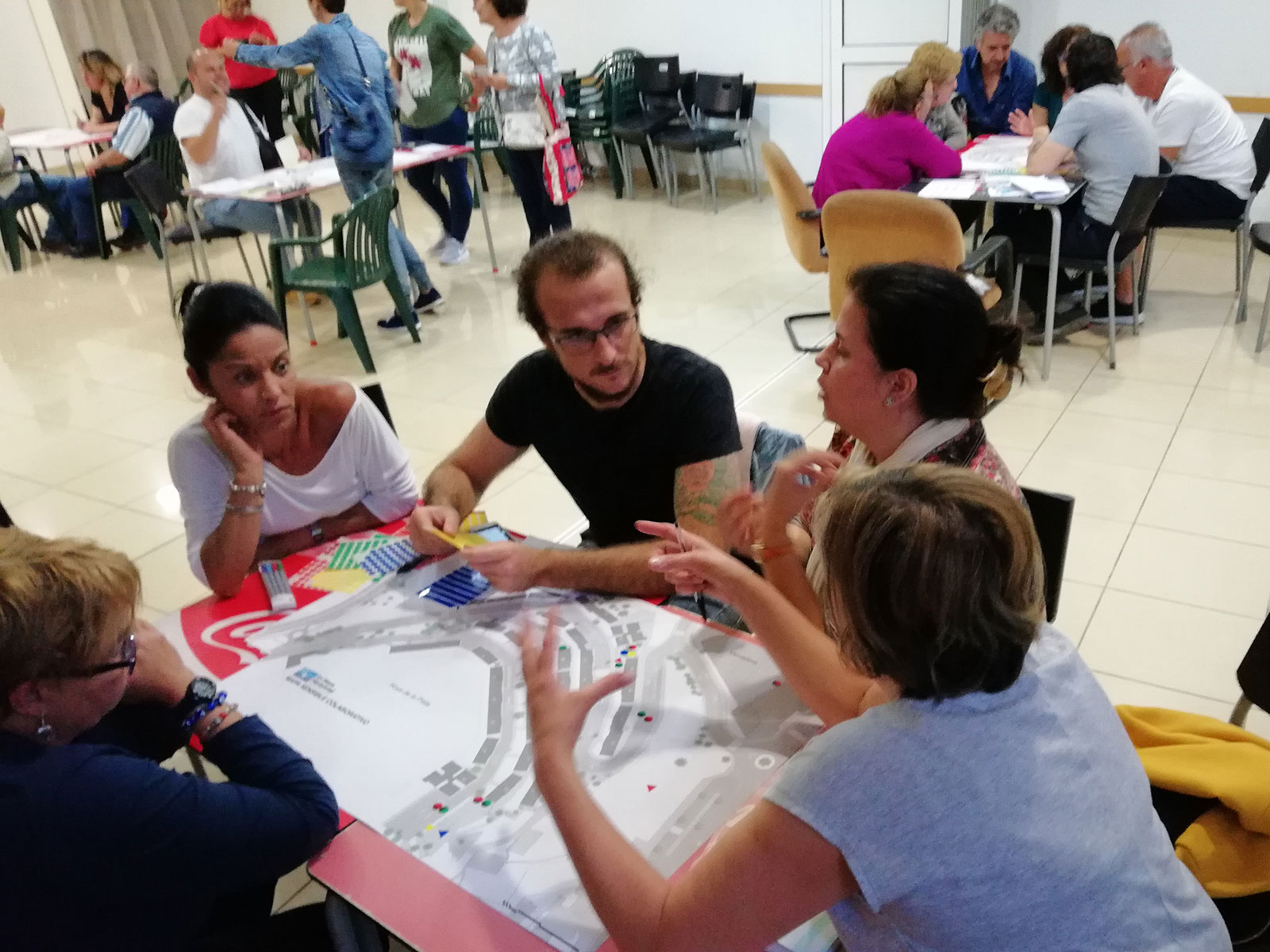 All these steps of the participatory process have resulted in several achievements, among which a great achievement stands out: the full rehabilitation of a large retaining wall located in the neighbourhood. This project responded to a neighbourhood demand, since it was in a very bad condition. The action, which has been funded under the 2018-2019 Cooperation Plan of the Cabildo de Gran Canaria, consisted of the rehabilitation of this wall over 50 meters long and nine meters high, which is located between the streets Candelaria de León and María Amador. 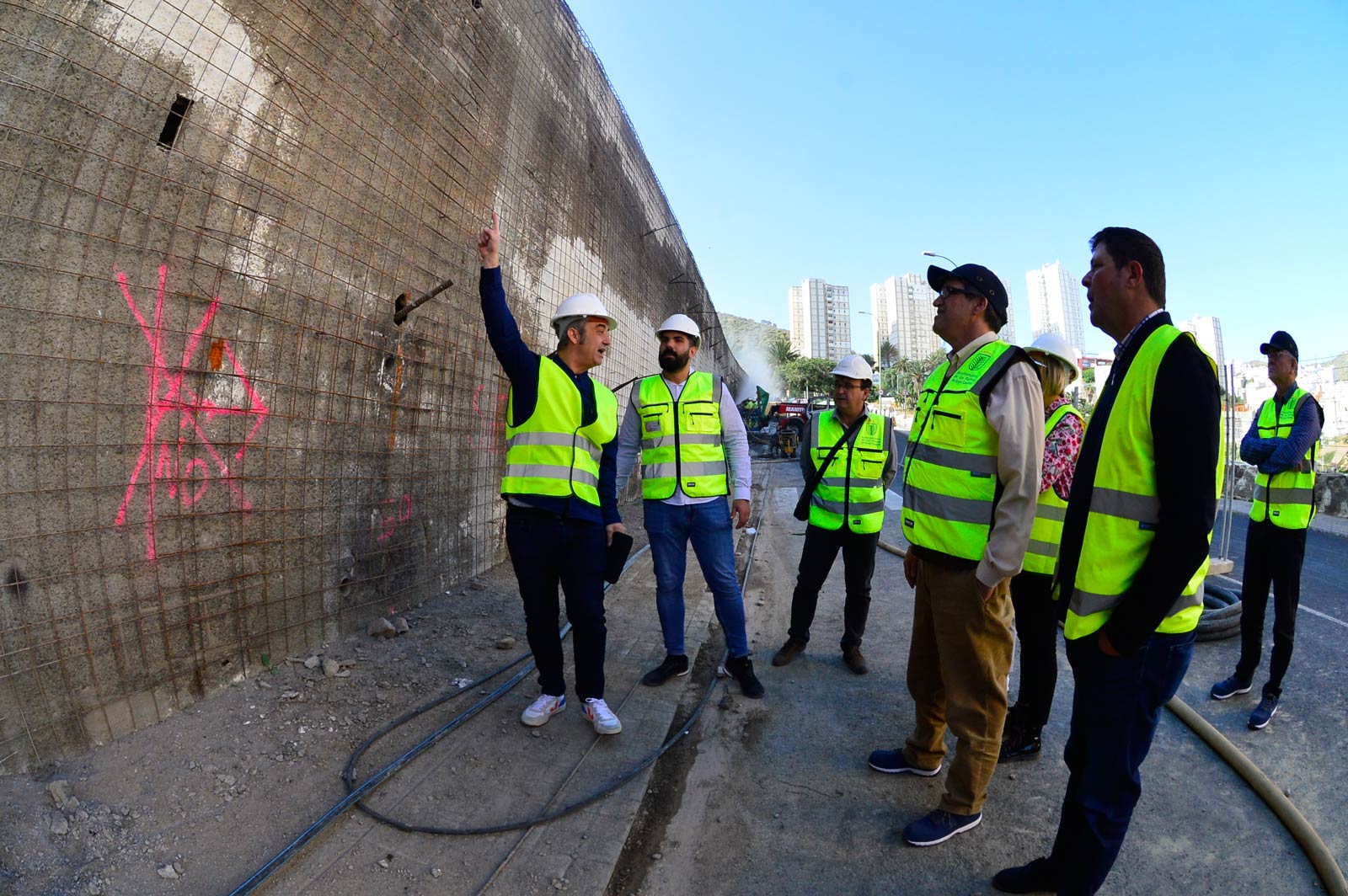 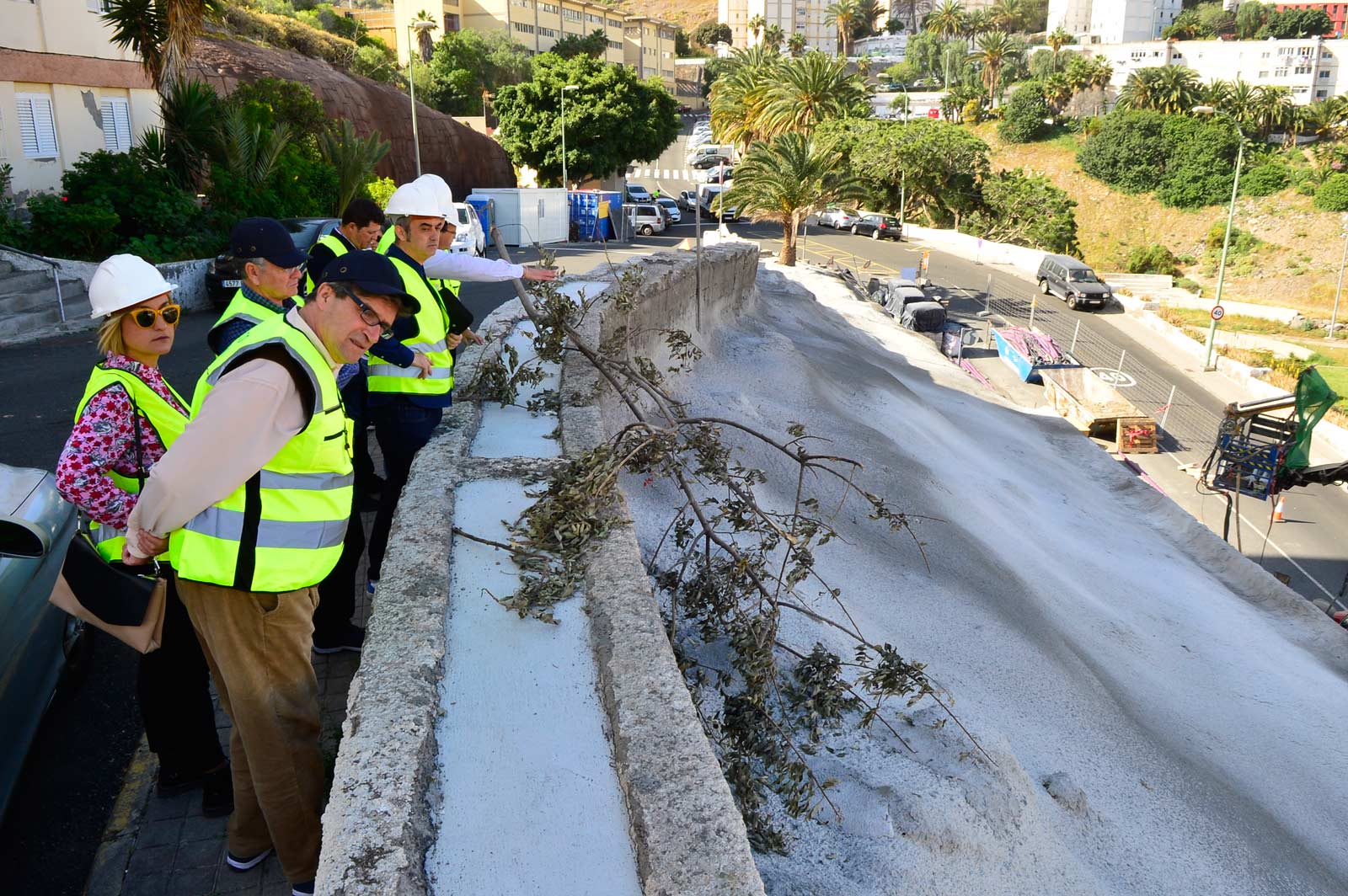 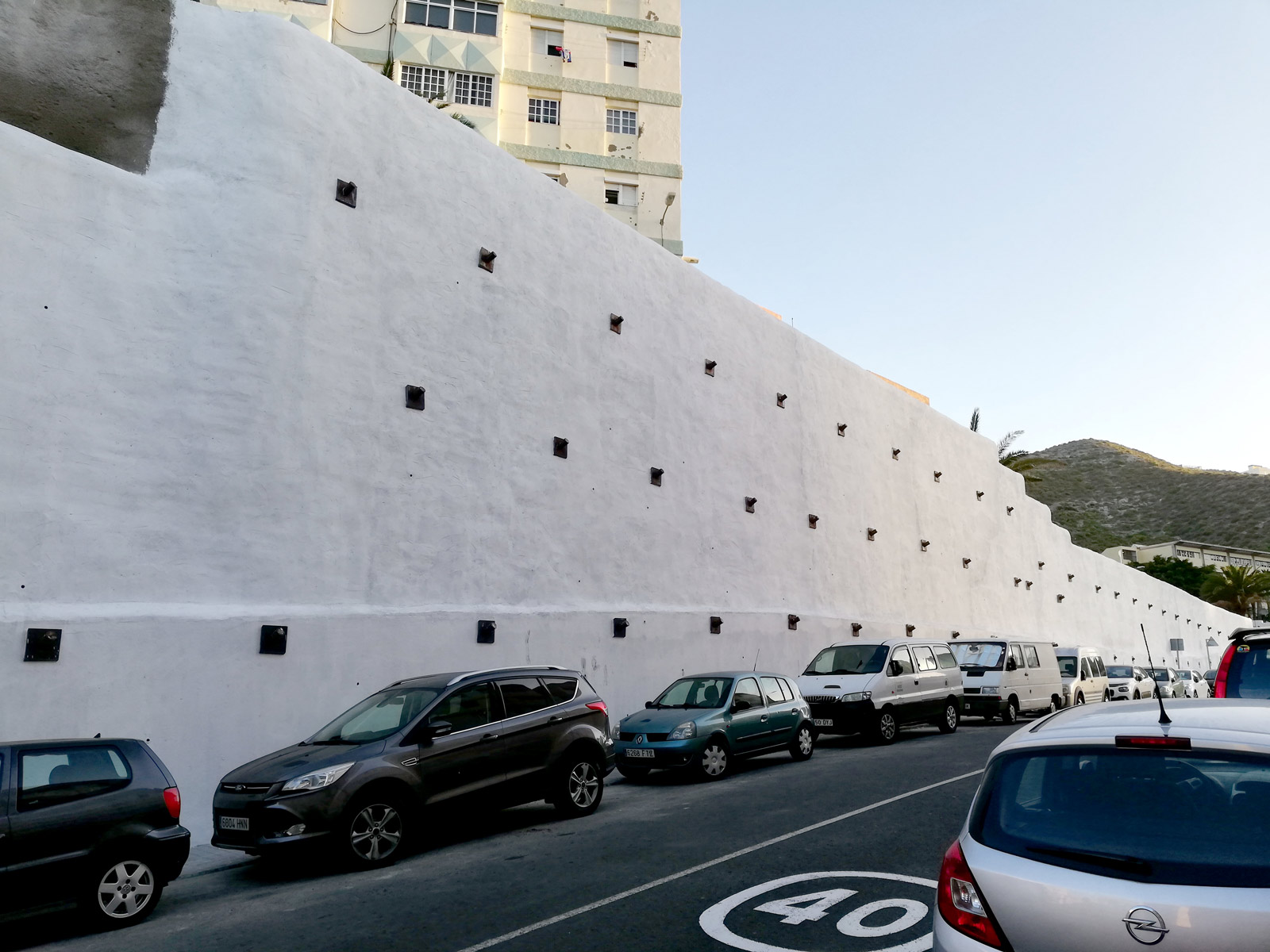 The “La Hoya Horizontal” project, which started with the funding of the Participation Unit of the Cabildo de Gran Canaria and the support of Obra Social La Caixa, has been joined by the Department of Citizen Participation and the commitment of the Department of Urban Planning of the City of Las Palmas of Gran Canaria. The project has only just begun. Art, architecture and citizen participation put at the service of a decent life in the neighbourhoods, that’s the idea.

Finally, it is important to highlight the relevance of the democratic process that this project has entailed, establishing horizontal relations of power, generalized deliberation and cooperation in search of a job well done all together. The successful achievement of the theoretical assumptions would not have been possible without the enthusiasm, commitment and affection shown by the neighbours of Hoya de la Plata, a neighbourhood that now wakes up to face a future of struggles and joys, of union and hope. With them, we carry on.