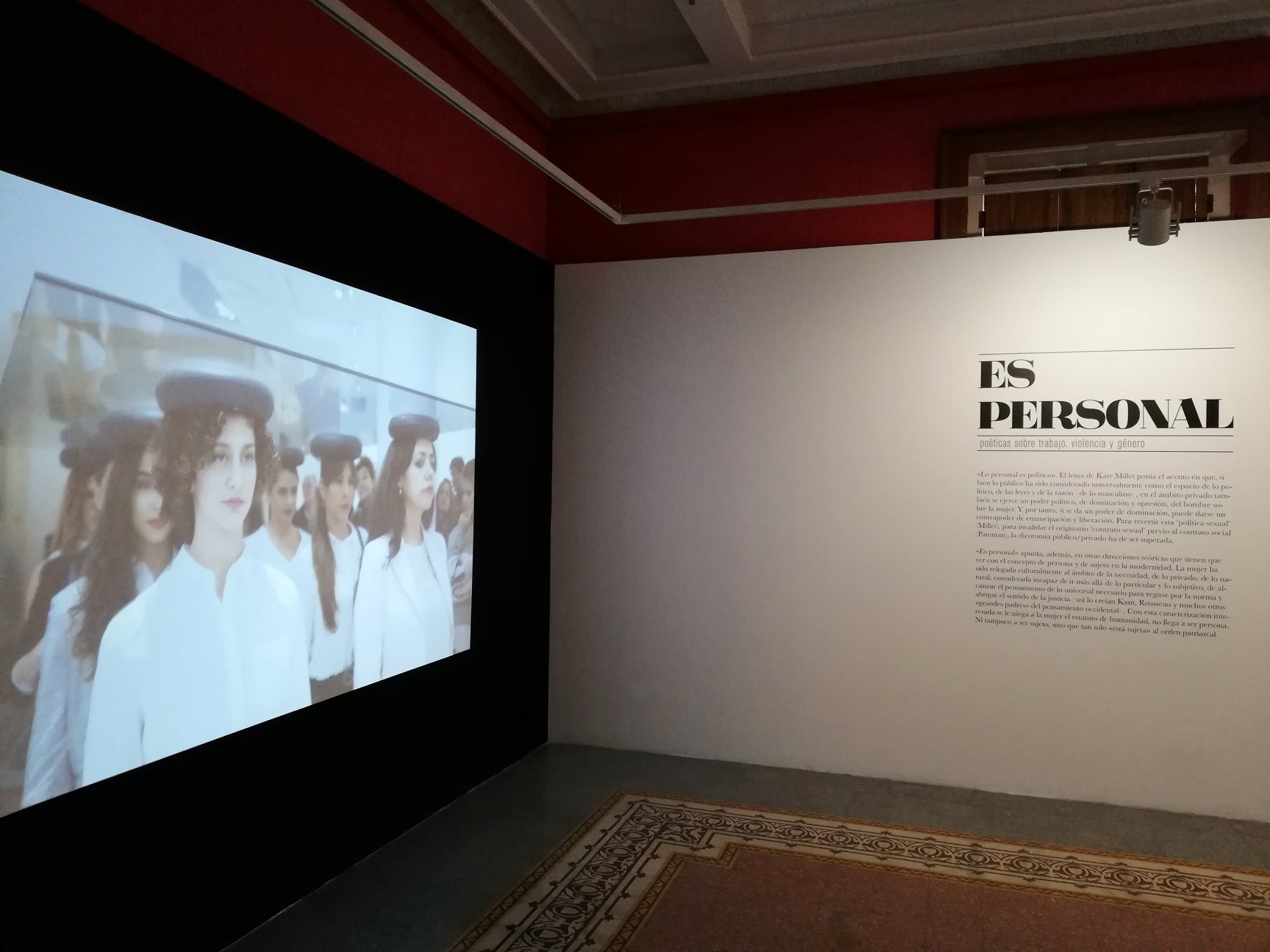 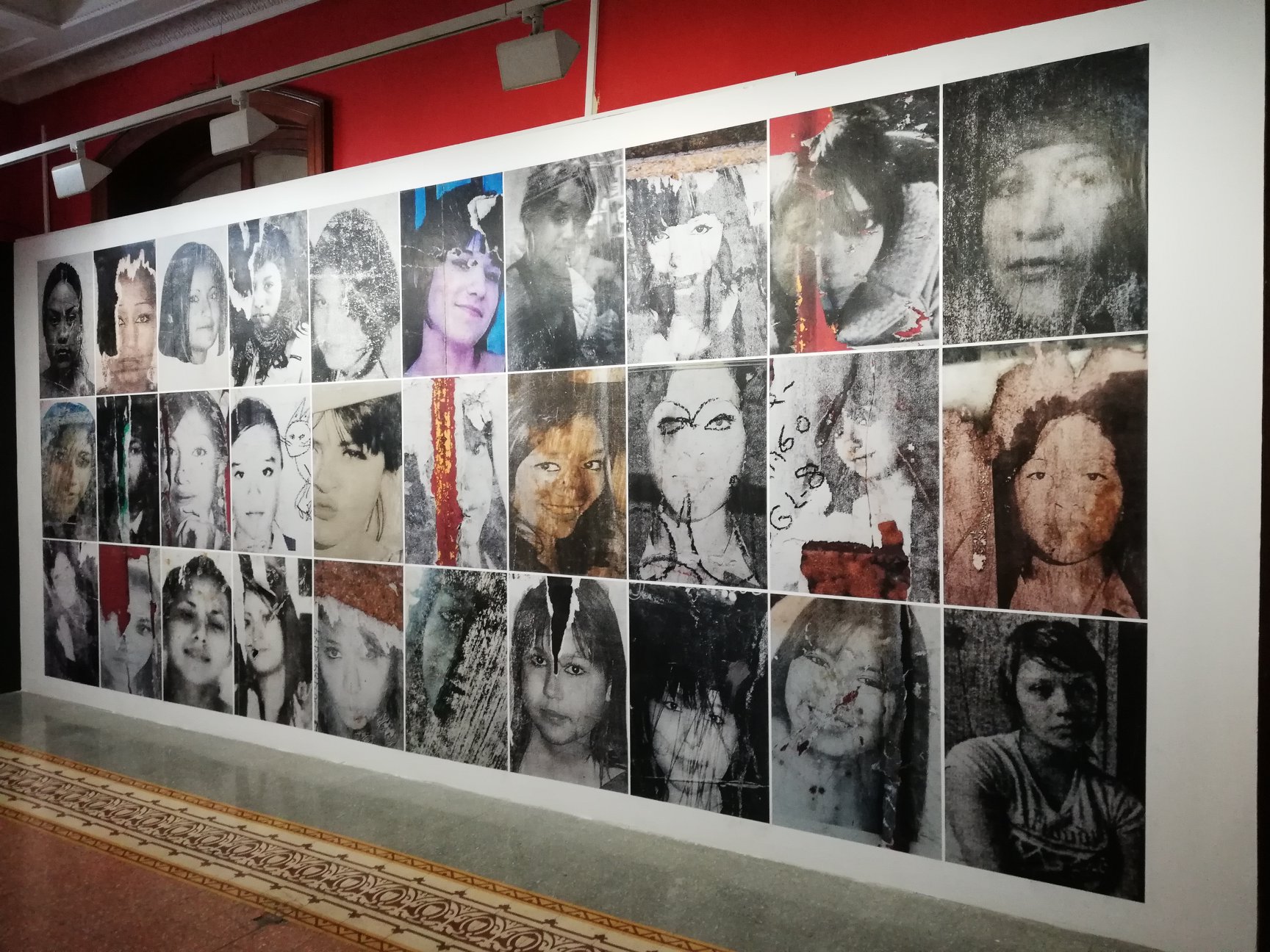 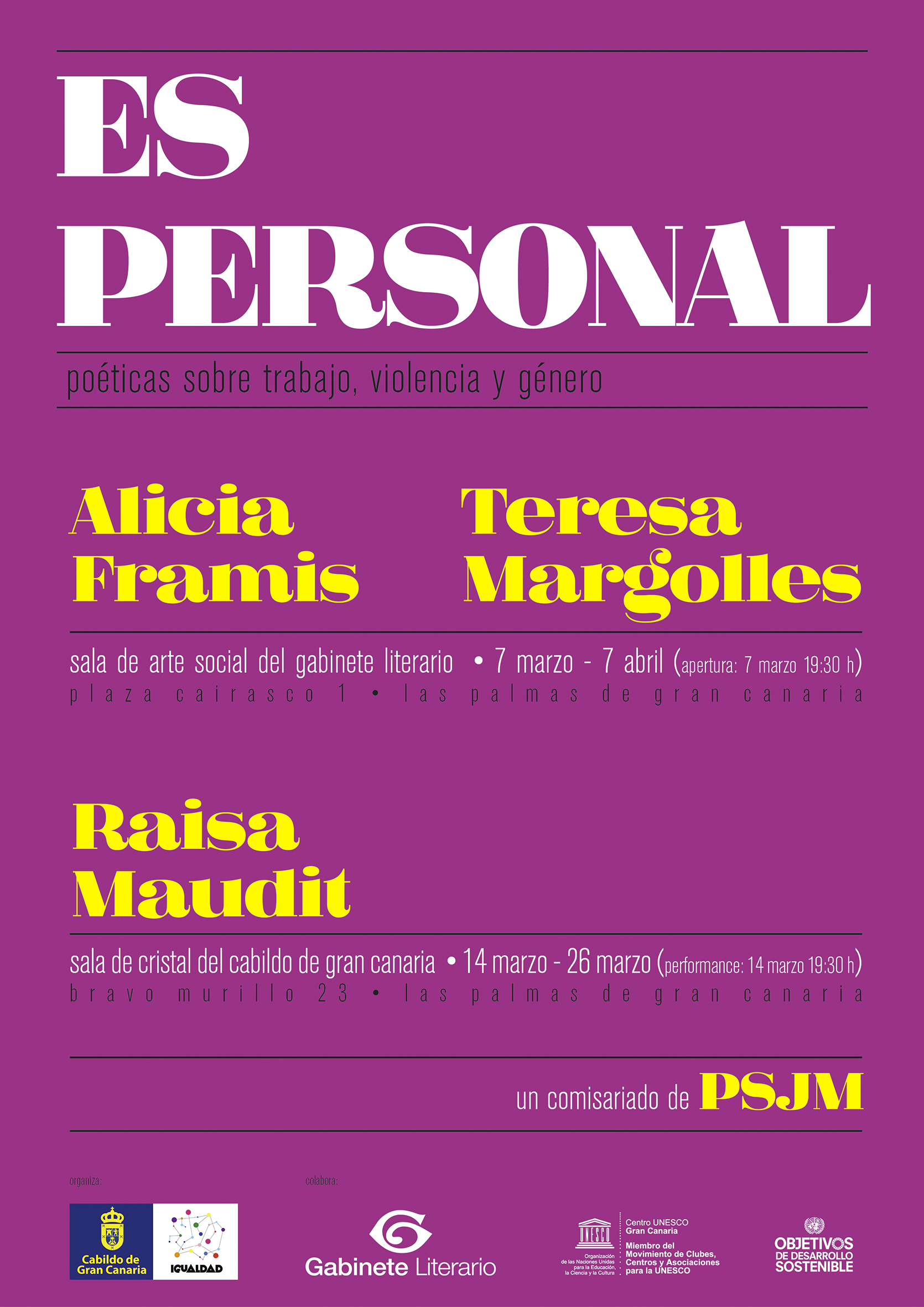 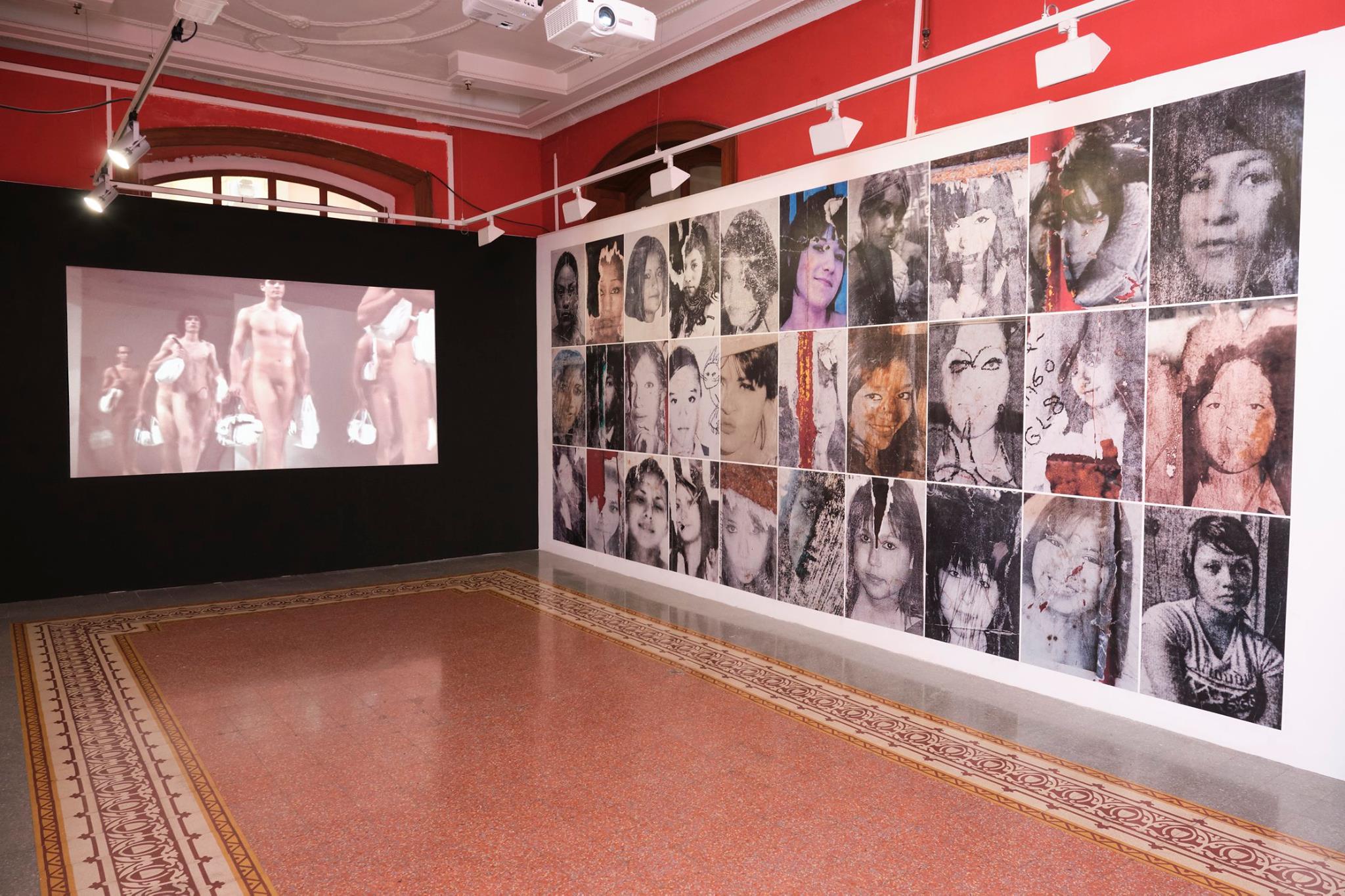 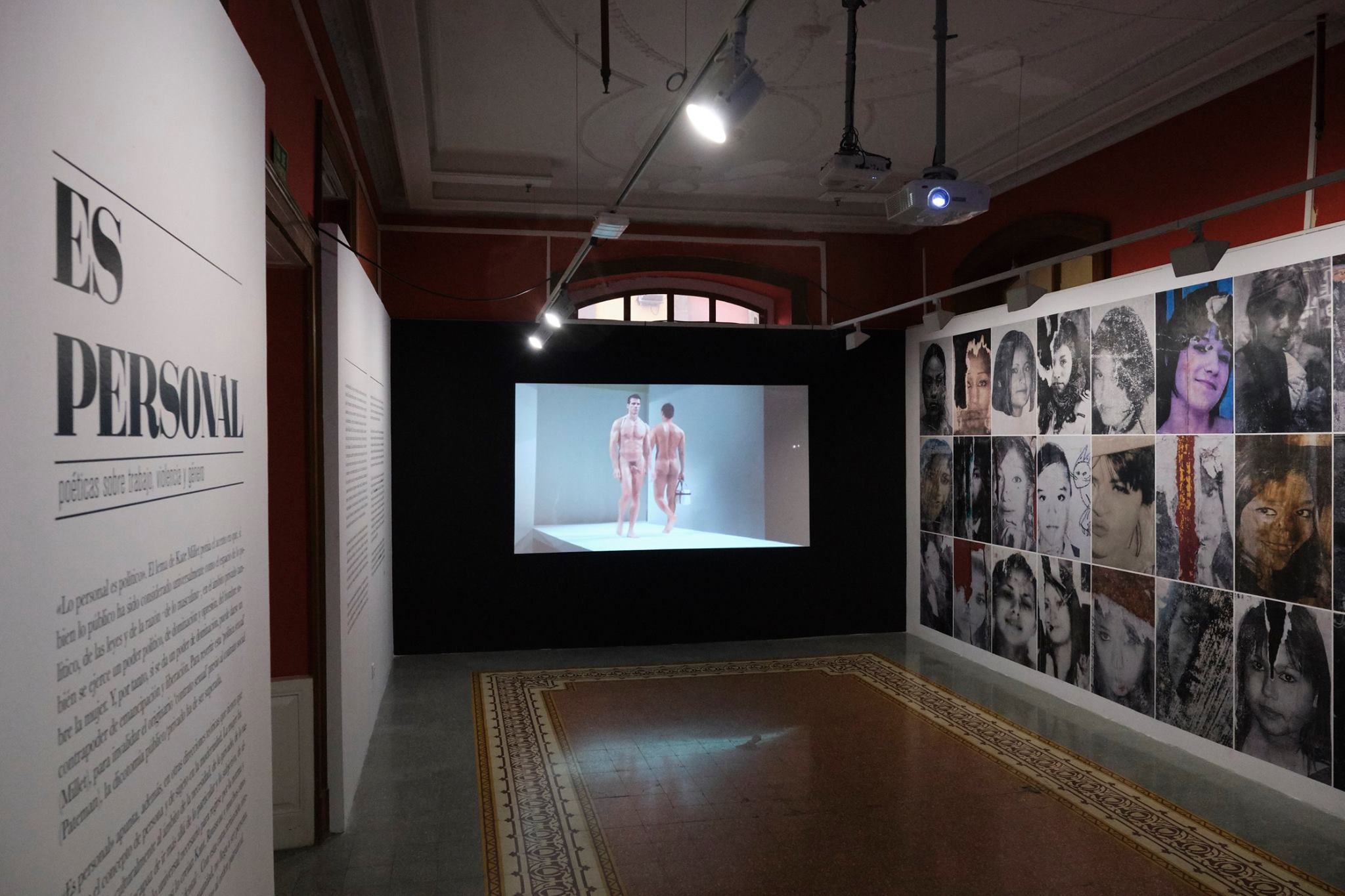 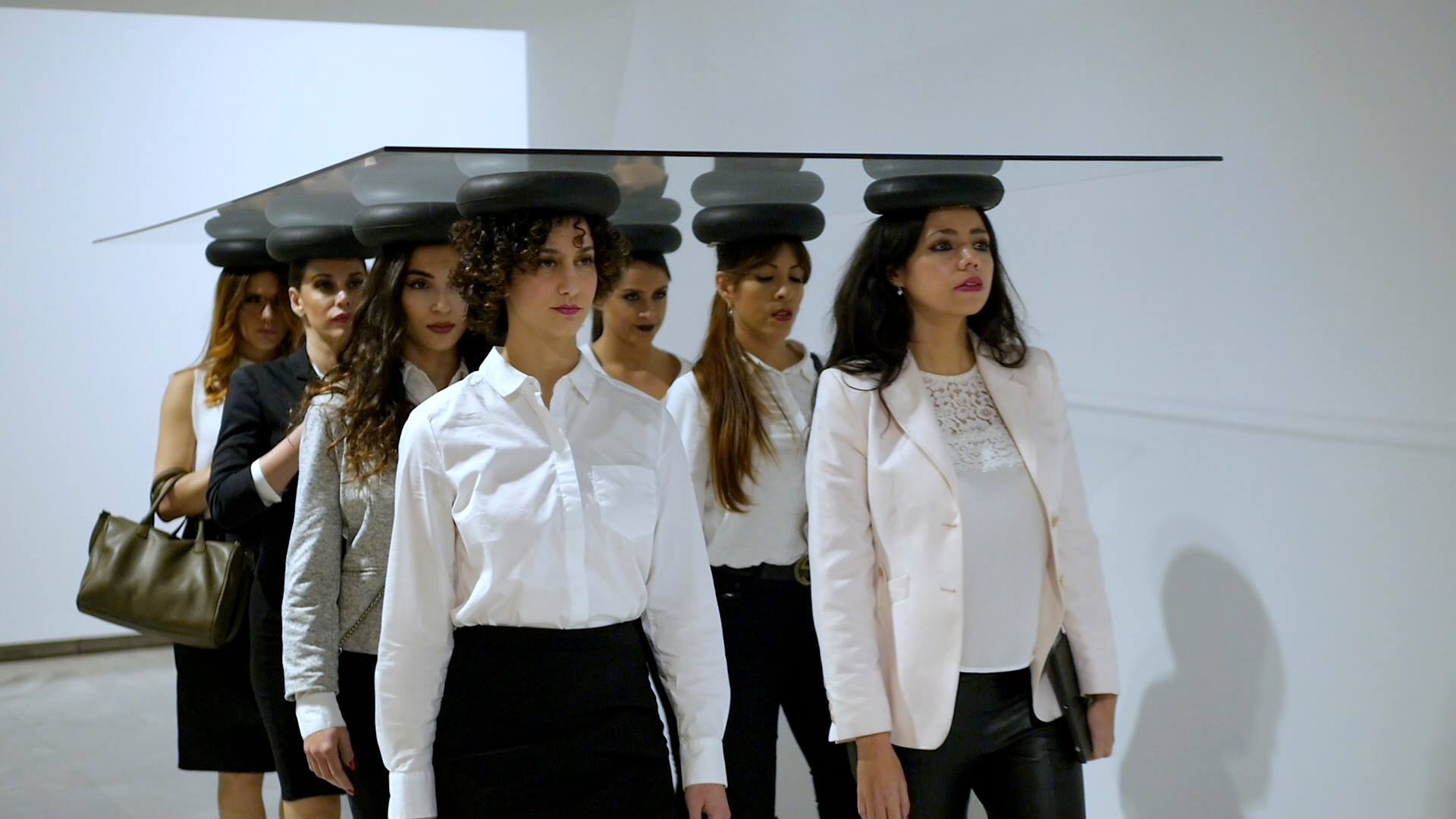 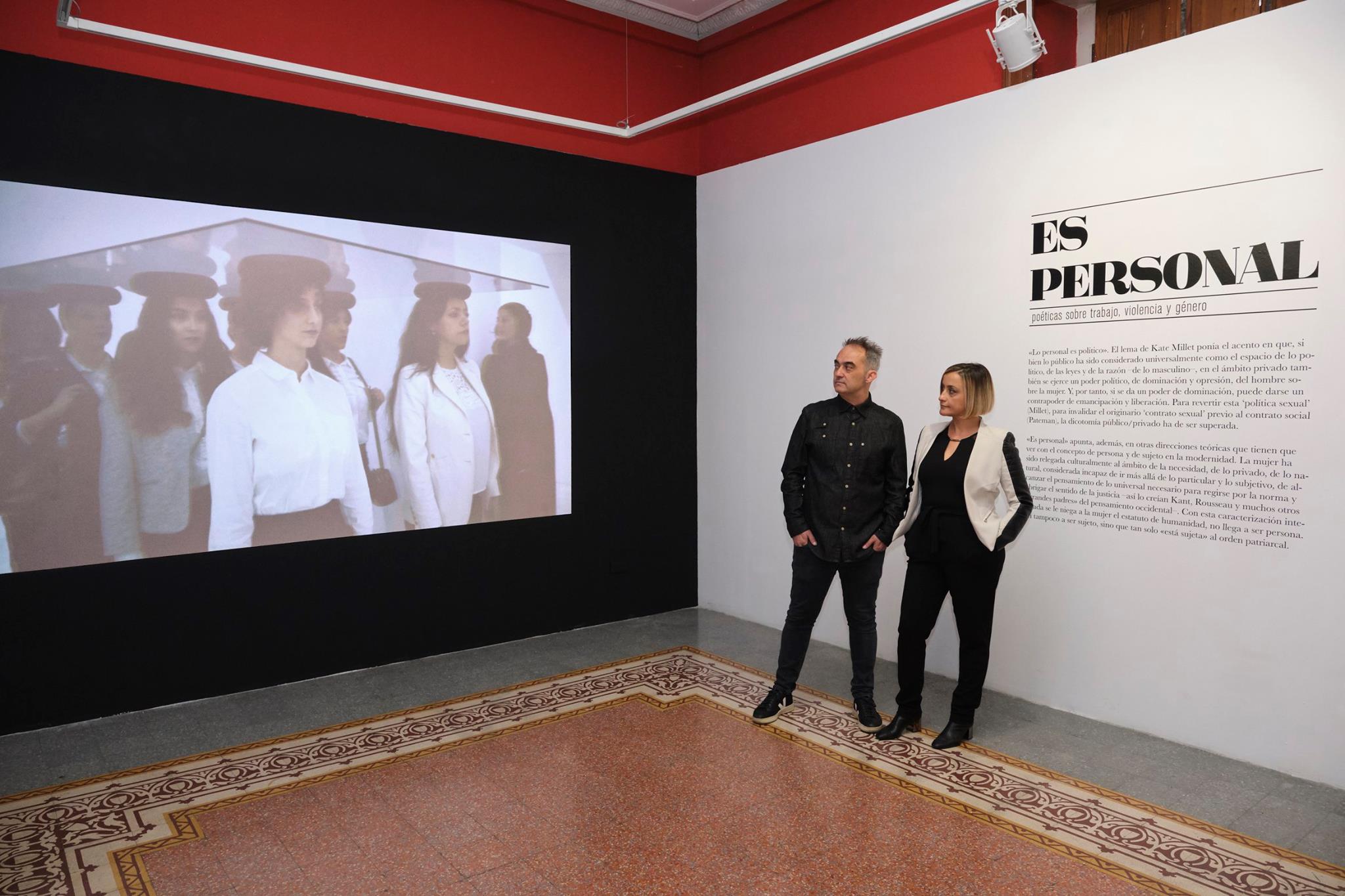 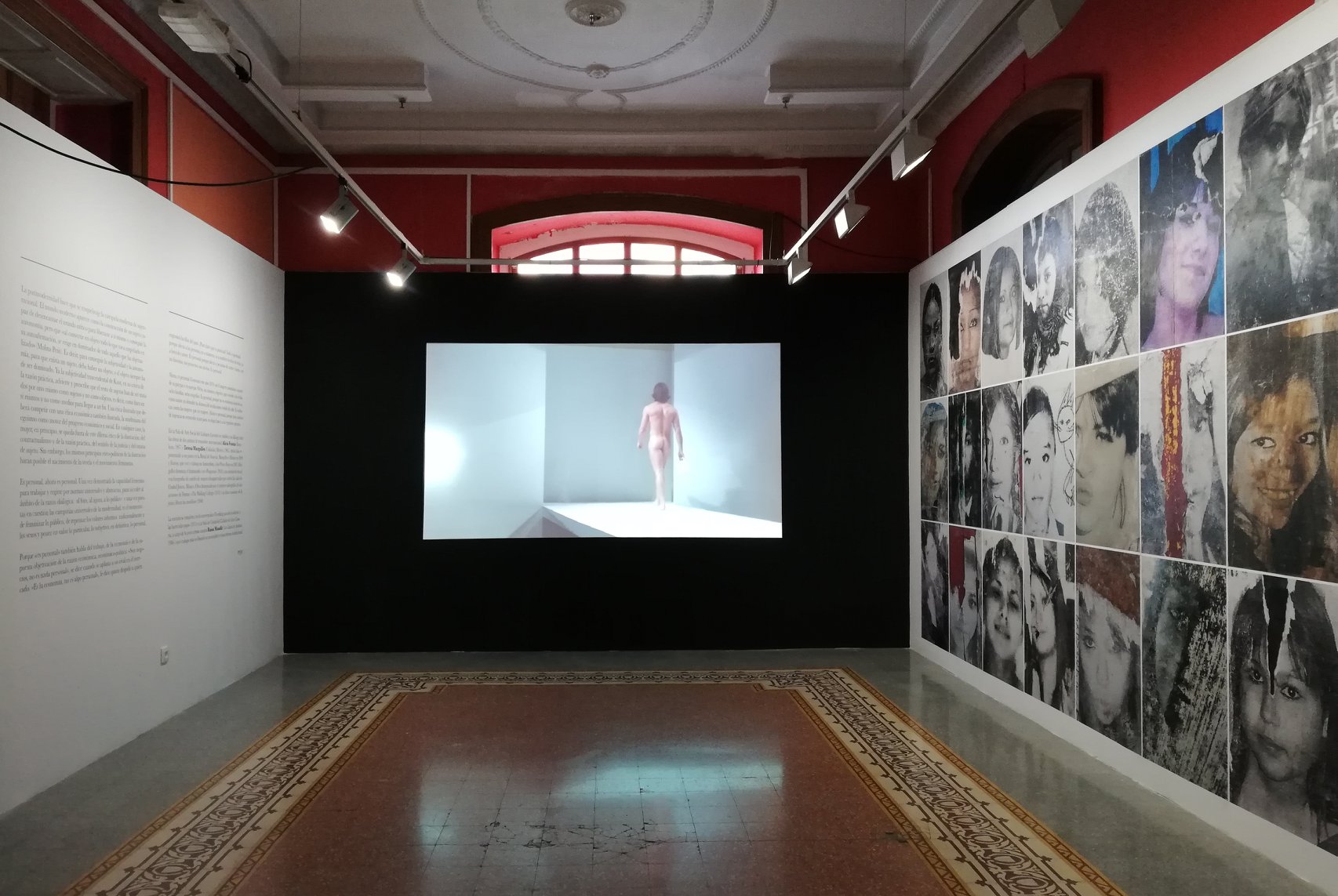 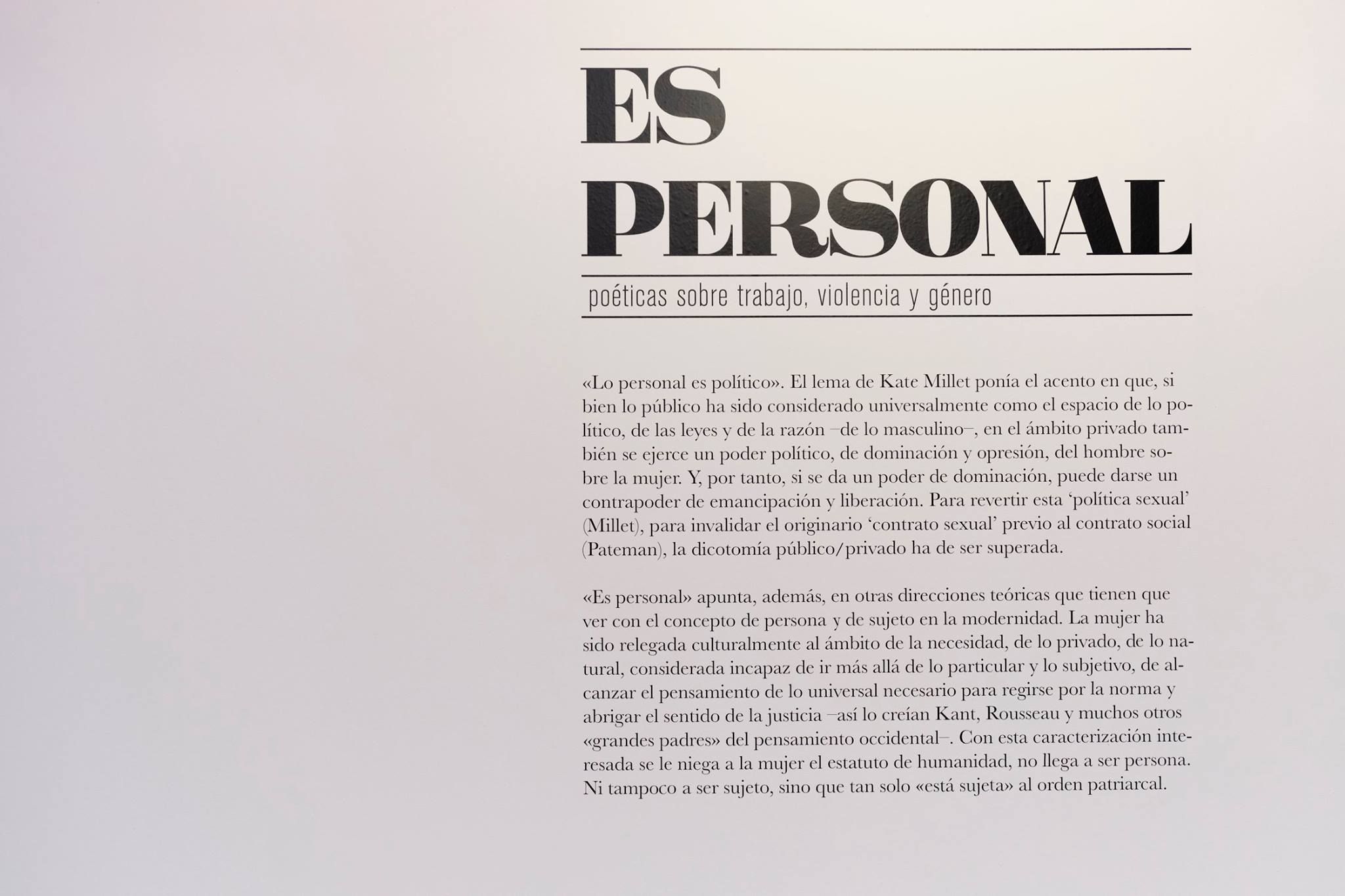 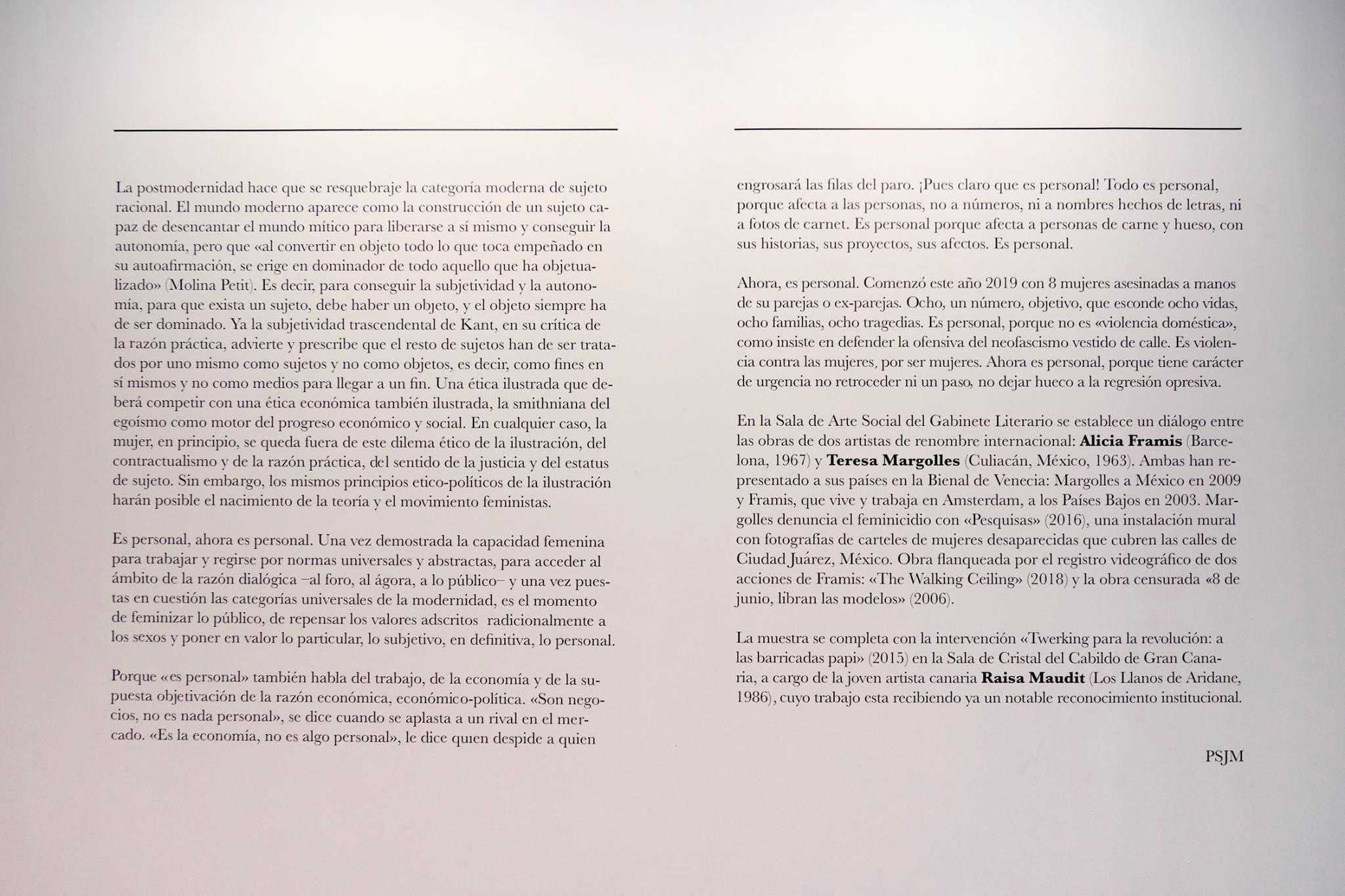 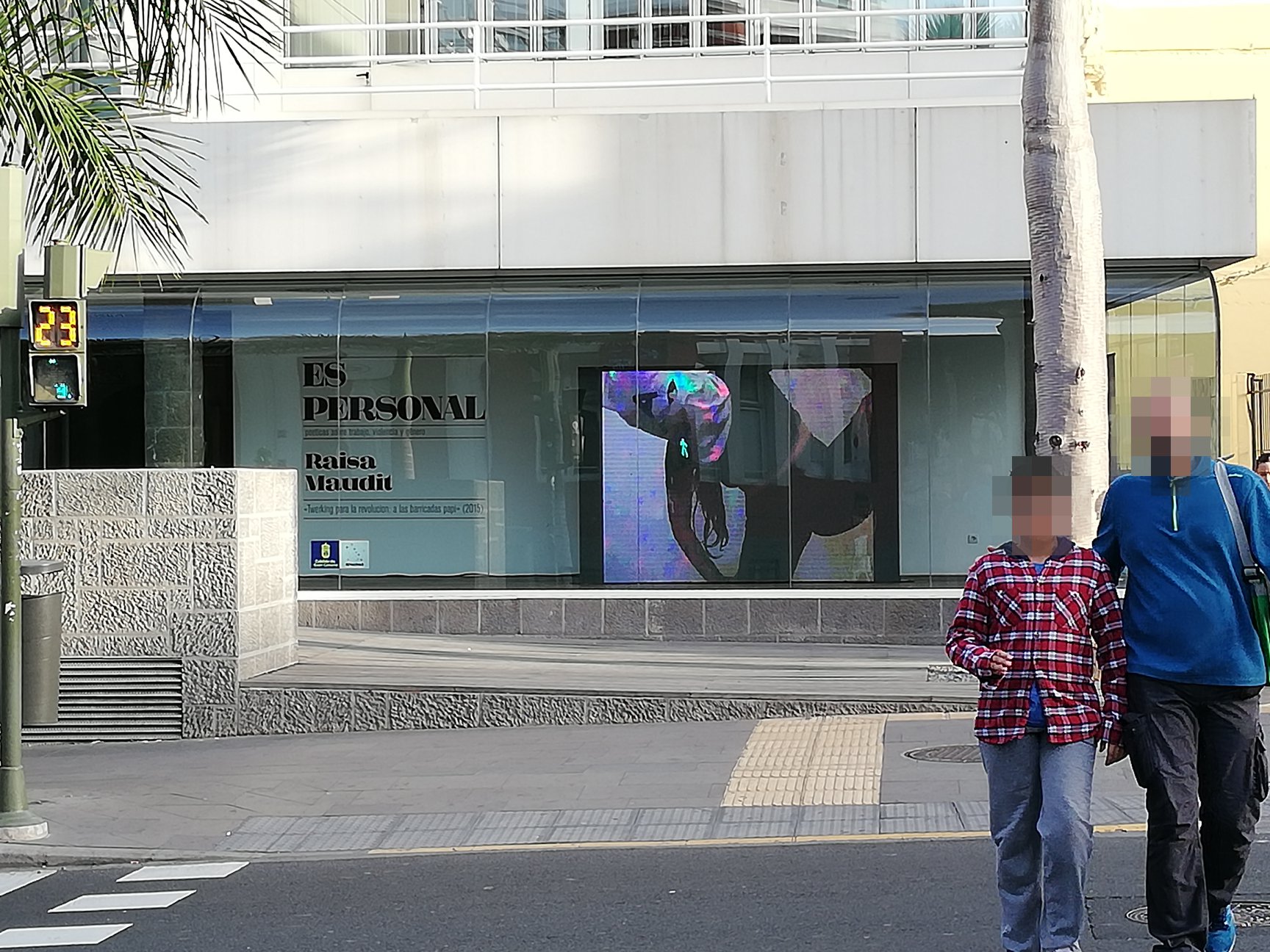 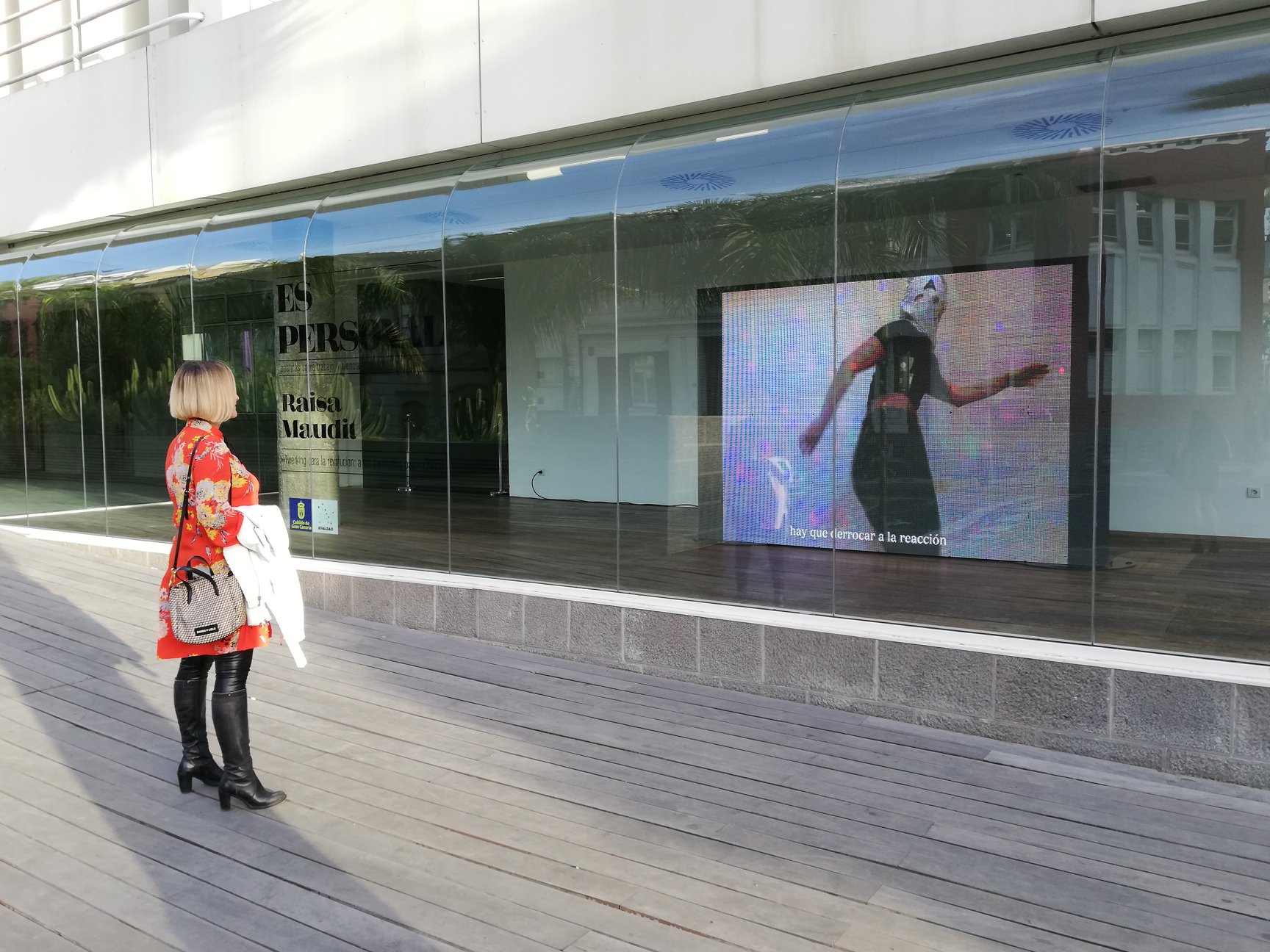 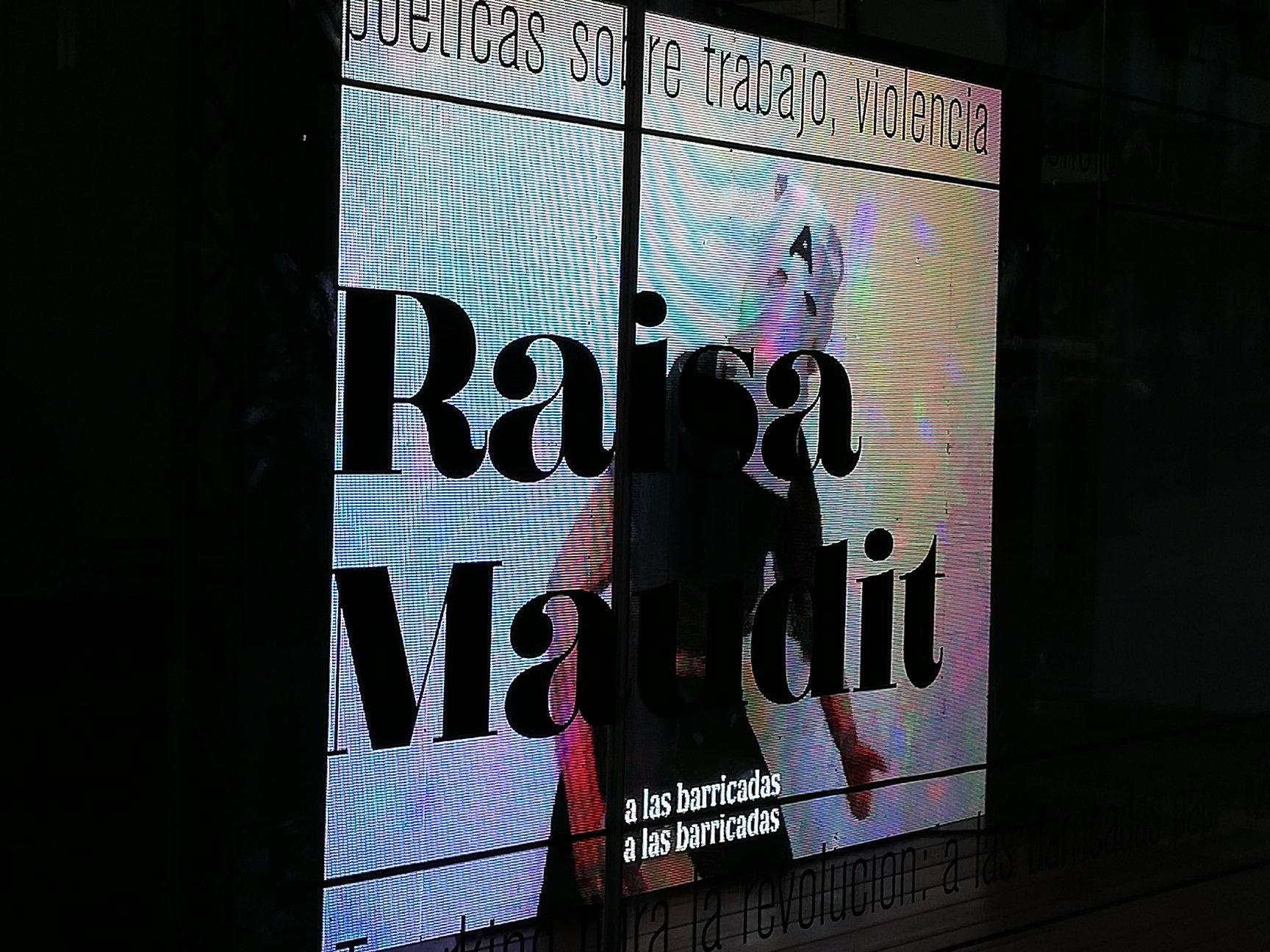 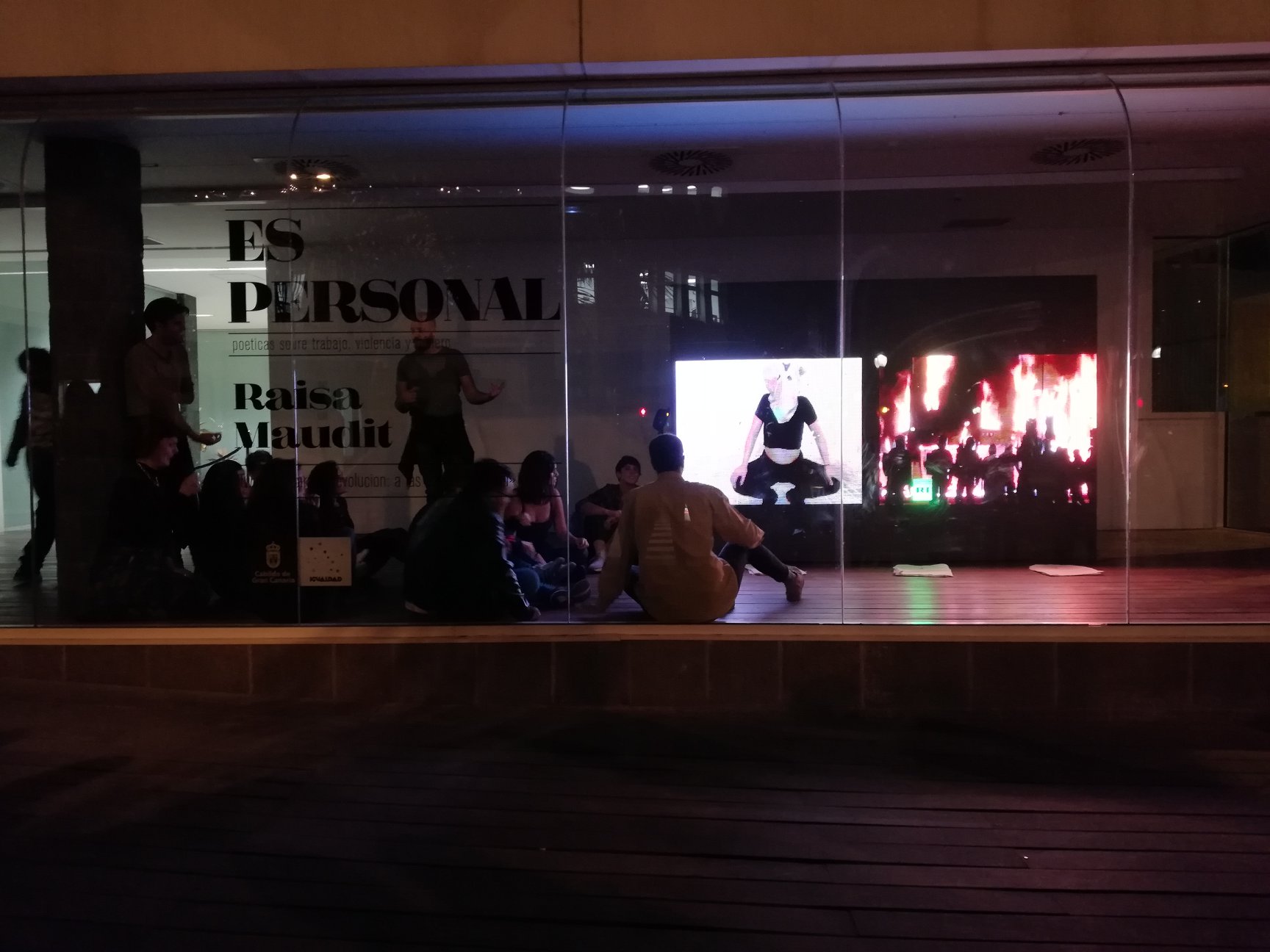 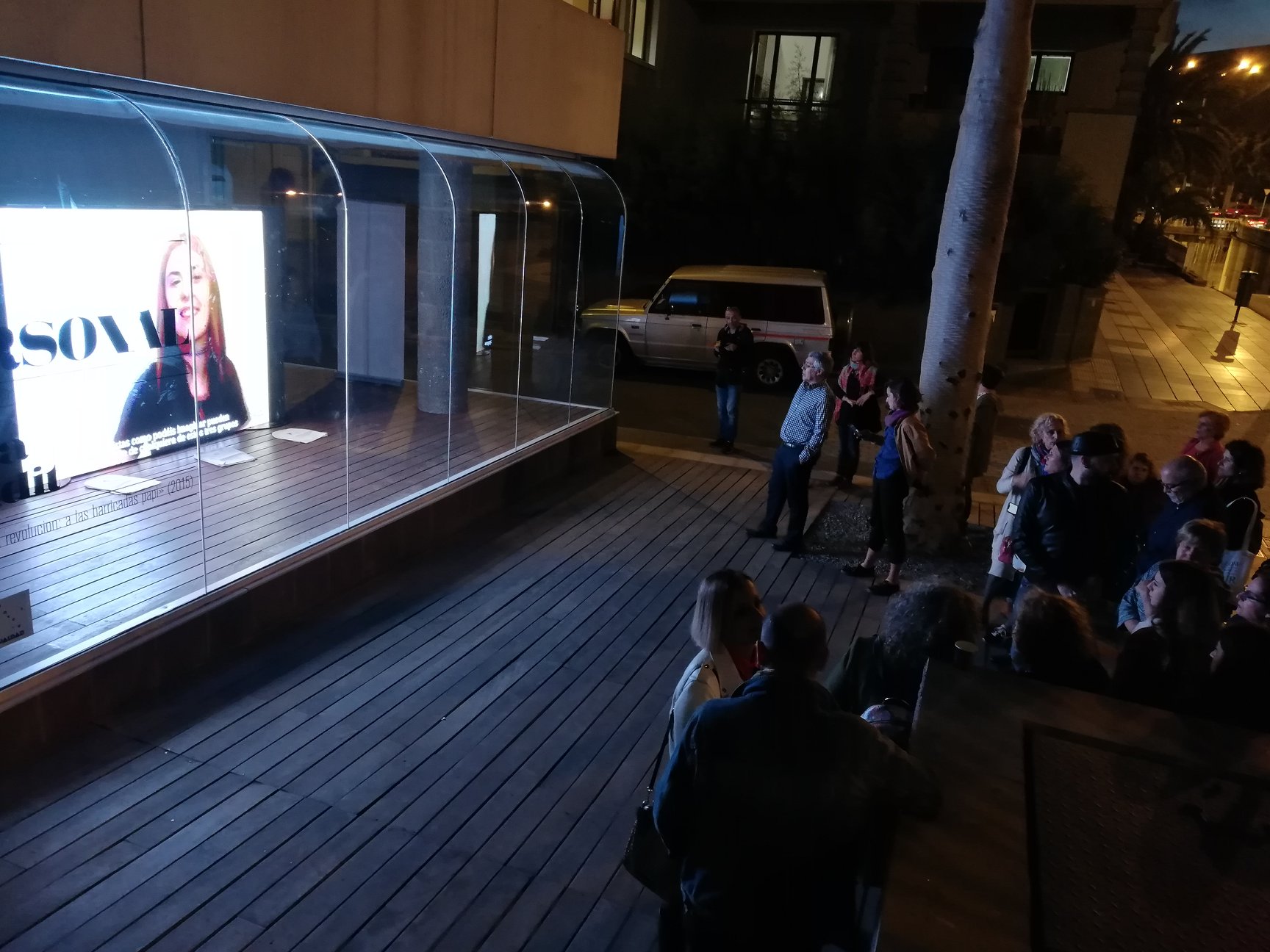 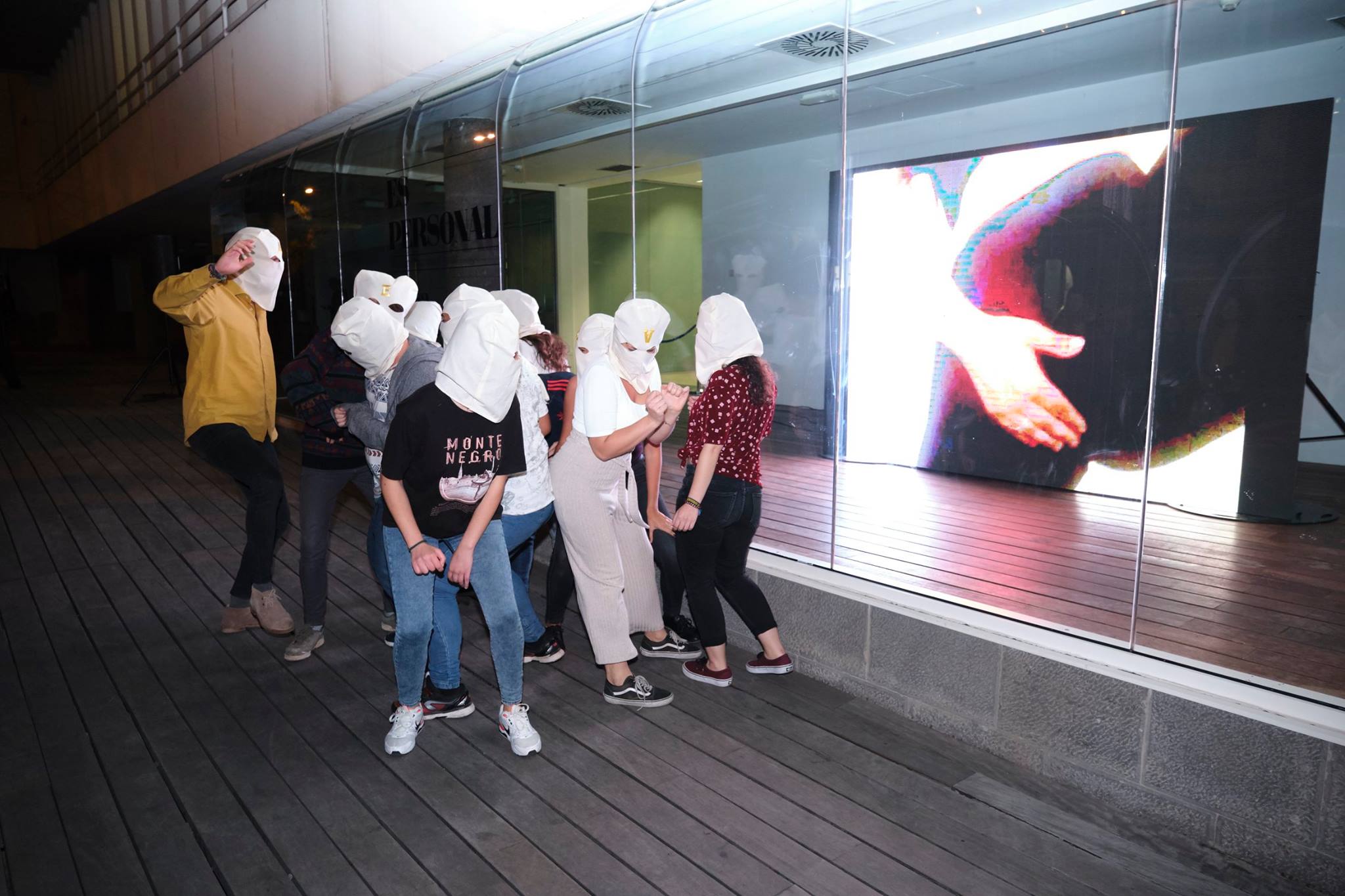 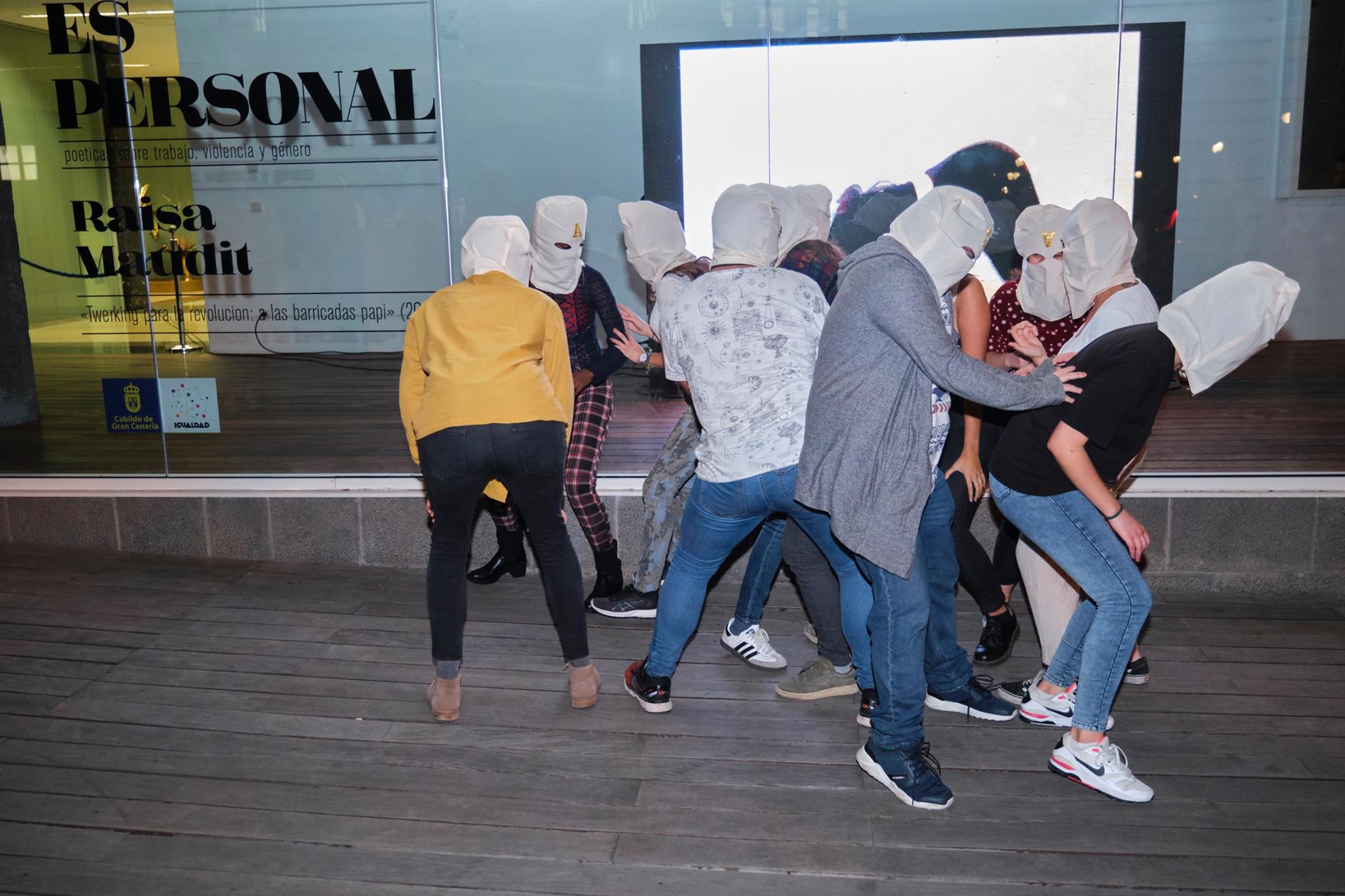 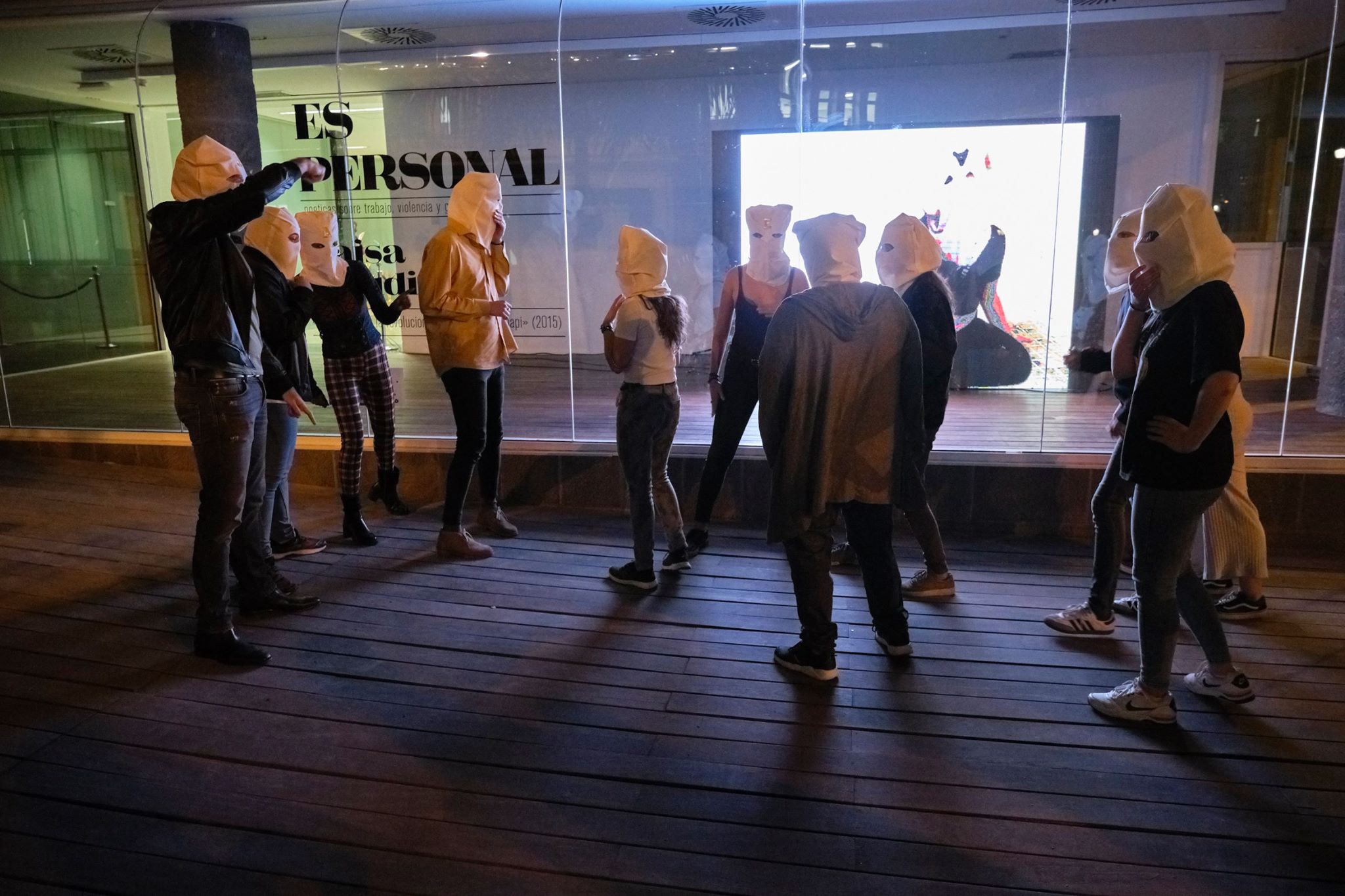 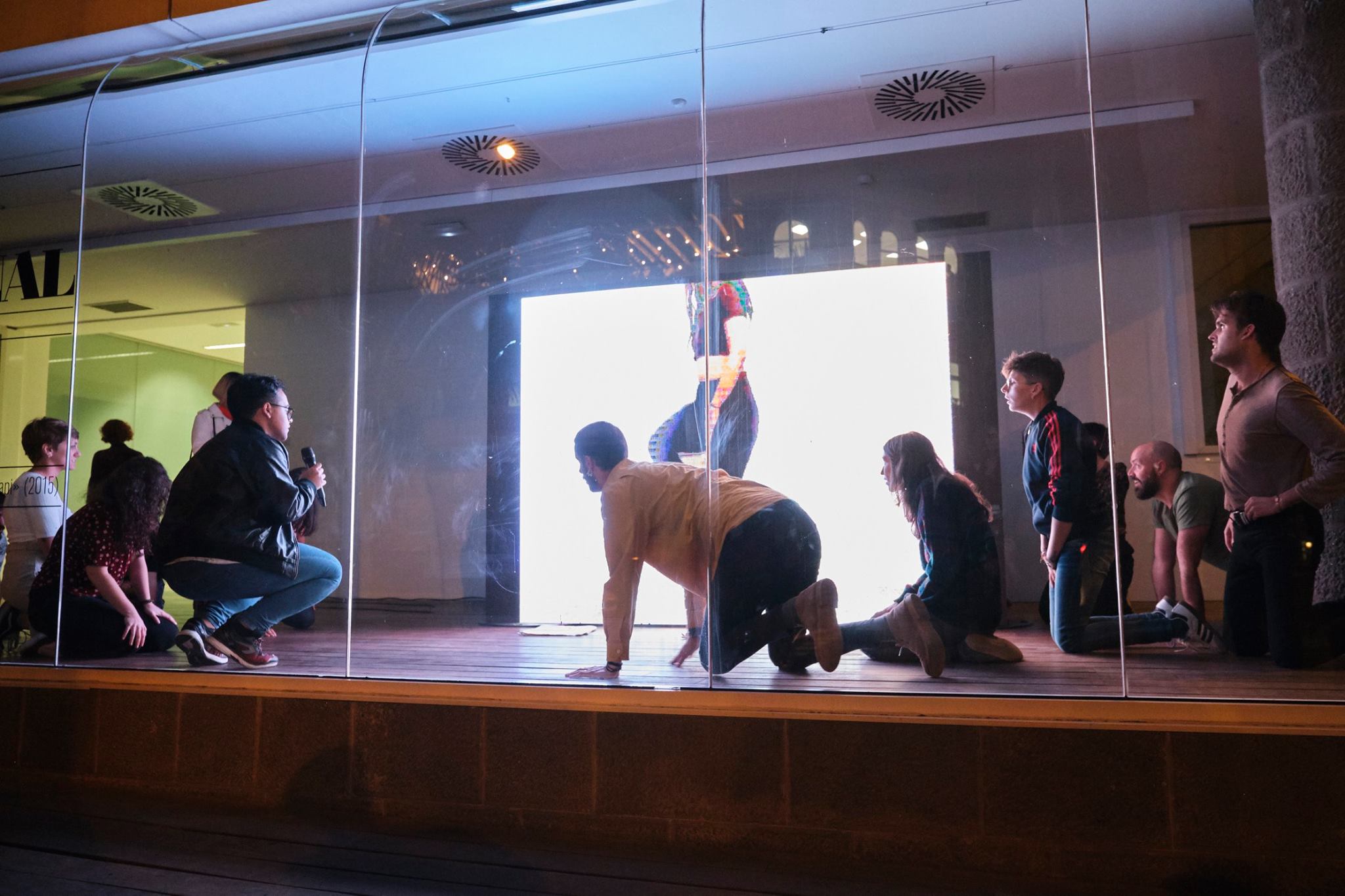 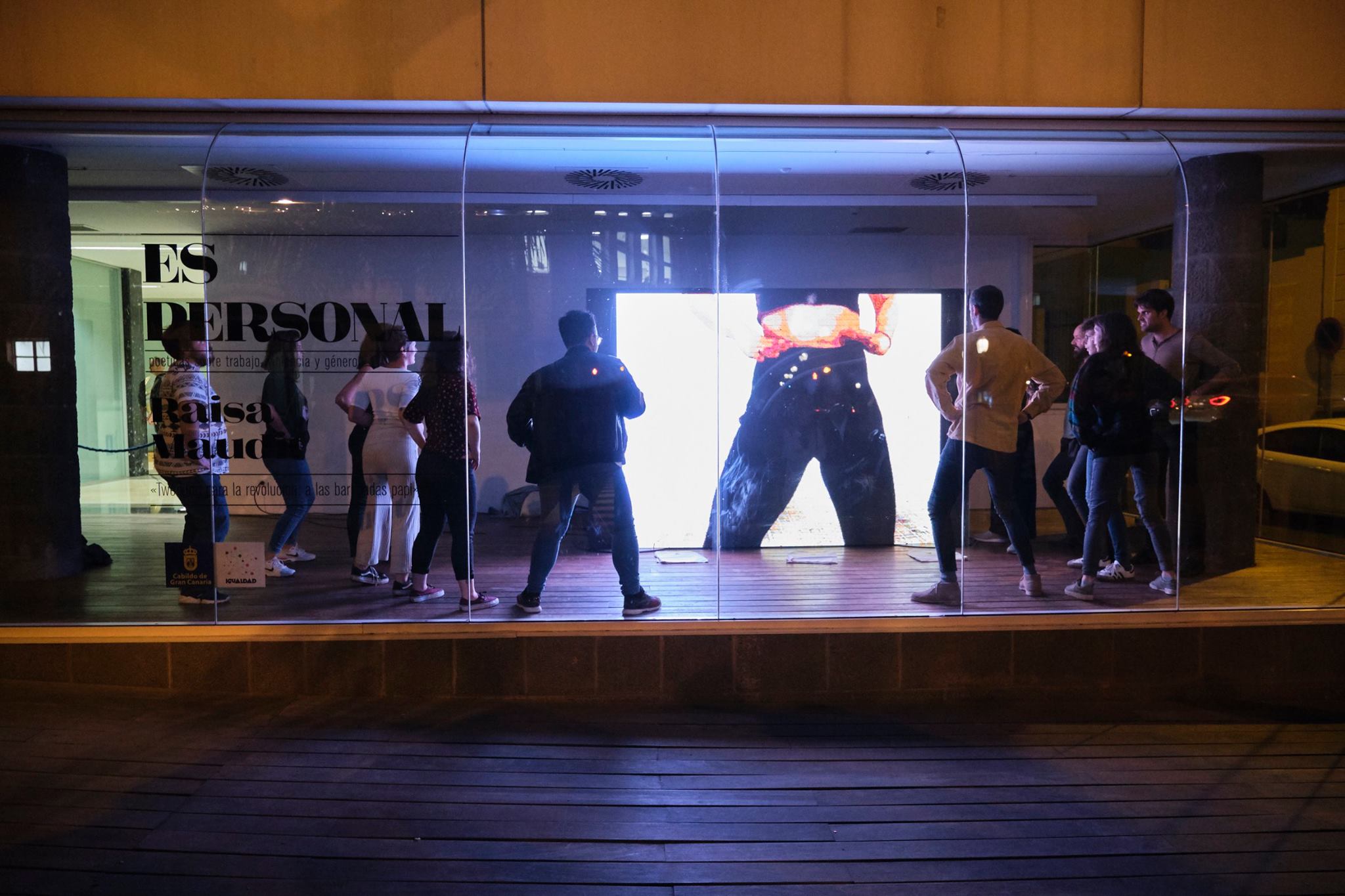 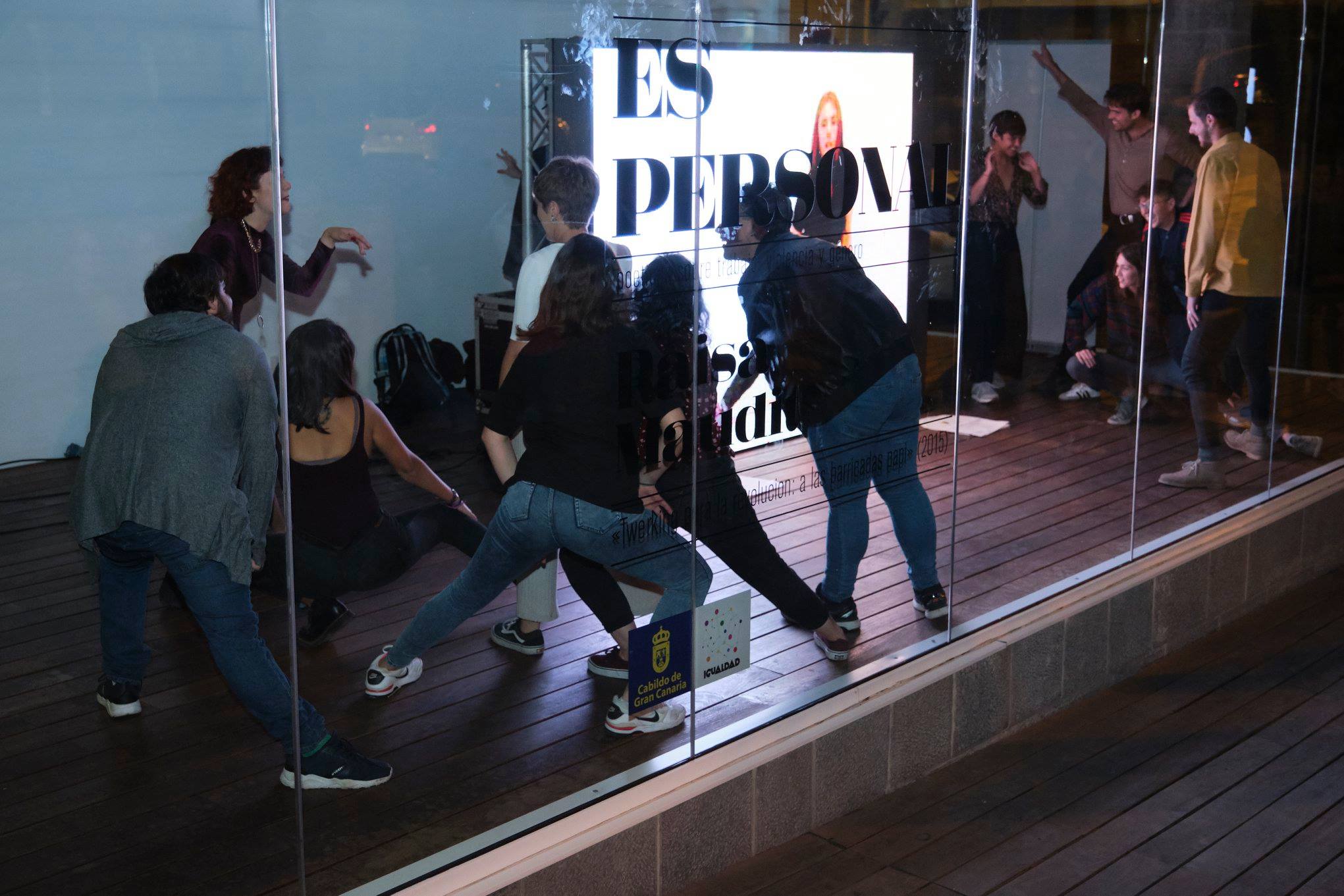 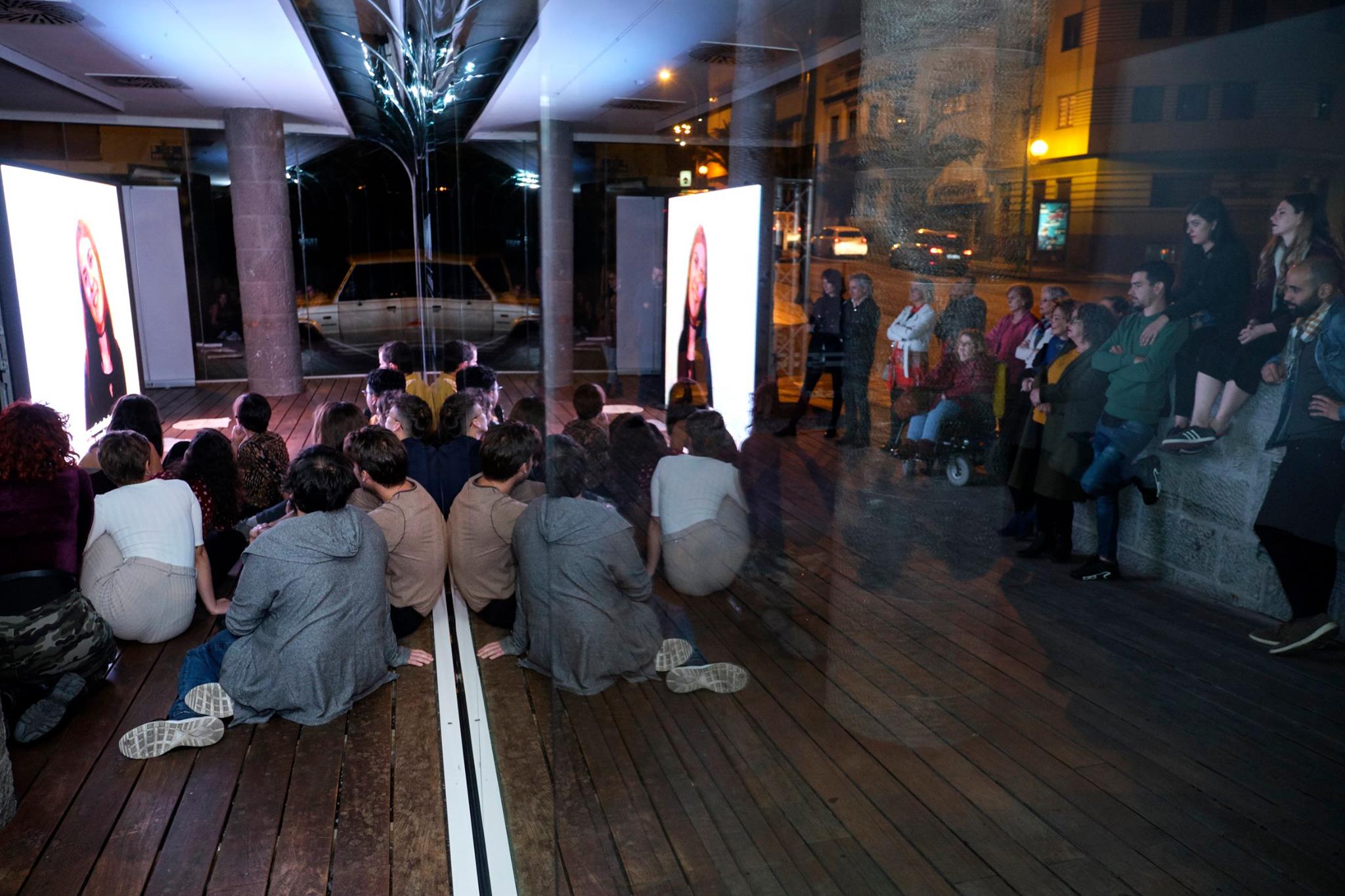 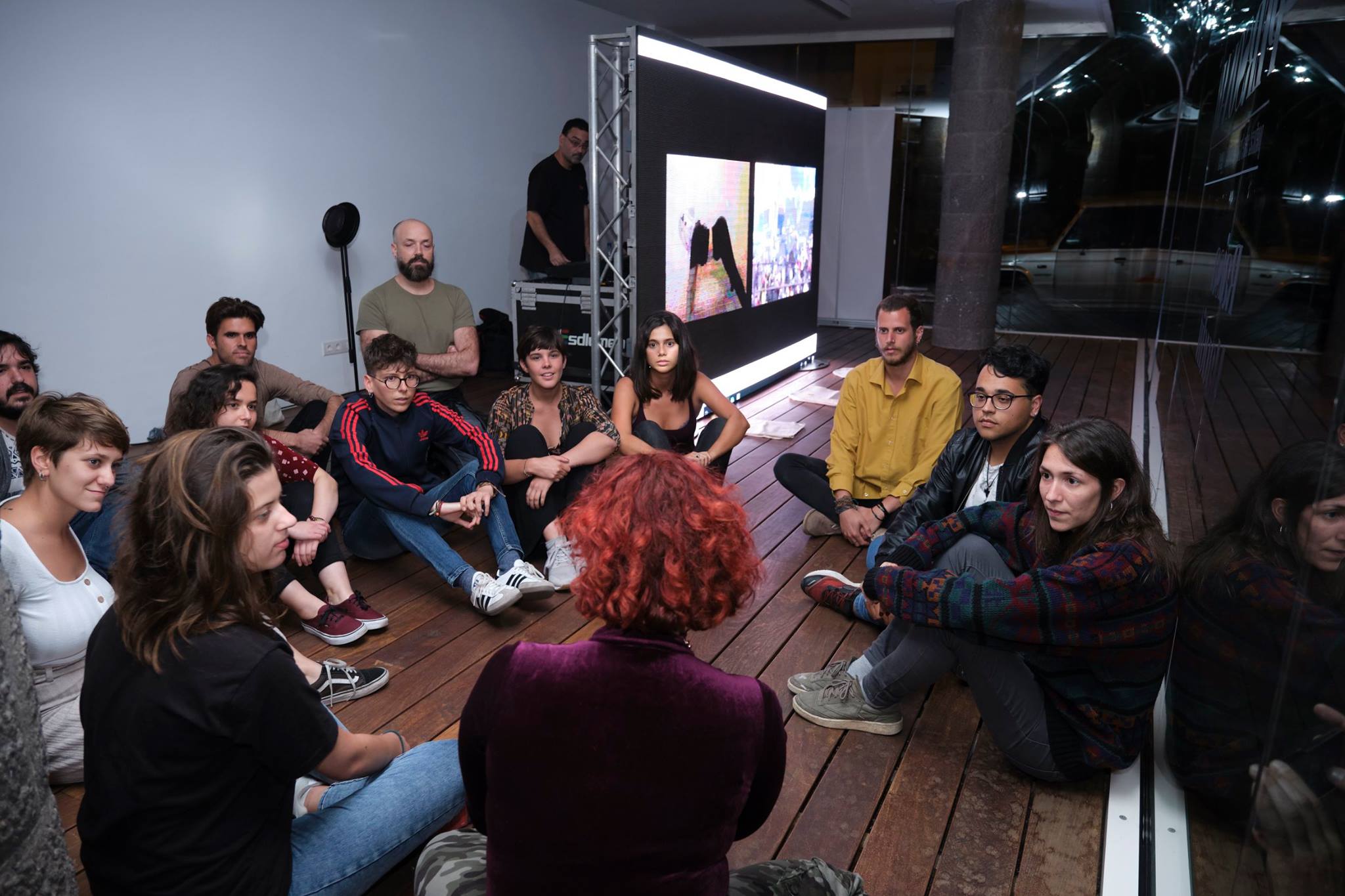 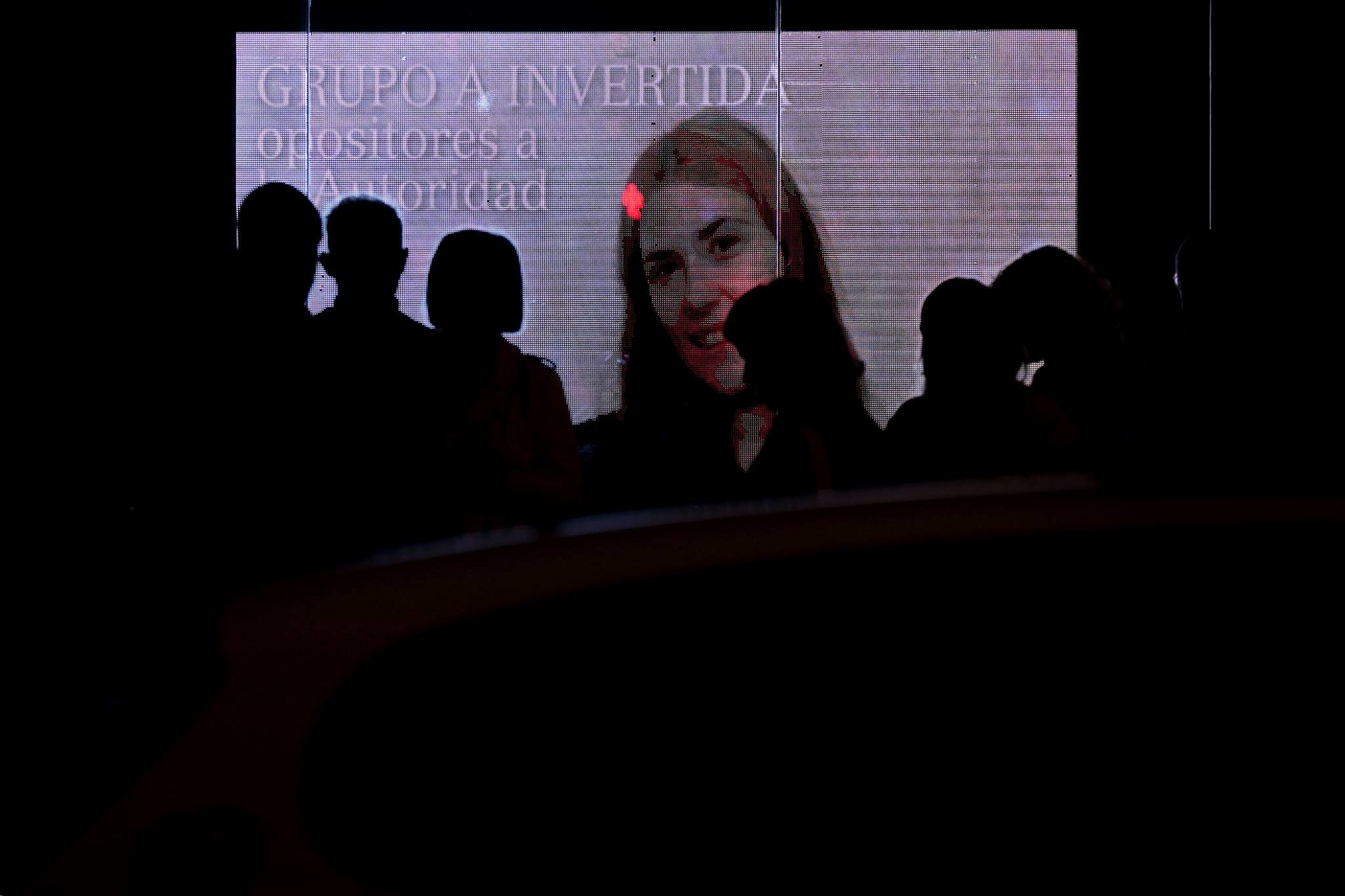 «The personal is political». Kate Millet’s feminist slogan emphasizes that, although the public has been universally considered as the space of politics, of laws and of reason −of the masculine−, a political power is also exerted in the private sphere, of domination and oppression, of man over woman. And, therefore, if one has a power of domination, there can be a counter-power of emancipation and liberation. In order to reverse this “sexual politics” (Millet), to invalidate the initial “sexual contract” prior to the social discourse (Pateman), the public/private dichotomy must be overcome.

“It’s personal” also points to other theoretical directions that have to do with the concept of person and subject in modernity. The woman has been culturally relegated to the field of necessity, of the private, of the natural, considered incapable of seeing beyond the particular and the subjective, of achieving the thought of the universal necessary to be governed by the norm and to foster the sense of justice −like what Kant, Rousseau and many other “great fathers” of Western thought believed. With this interested characterization the woman is denied the statute of humanity, she does not come to be a person. Nor to be subject, but only “subject” to the patriarchal order.

The category of subject falls into a crisis. On the one hand, this same description of the subject as “subject to social structures” – as a puppet of culture and society –extends to every human being by the structuralist antihumanism of authors such as Althusser or Foucault. And on the other hand, the arrival of postmodernism causes the modern category of rational subject to crack. The modern world appears as the construction of a subject capable of disenchanting the mythical world to liberate himself and achieve autonomy, but “by turning everything he touches into an object while engaged with his self-affirmation, he becomes the ruler of everything he has objectified” (Molina Petit). That is, in order to achieve subjectivity and autonomy, for a subject to exist, there must be an object, and the object must always be dominated.  The transcendental subjectivity of Kant, in his critique of practical reason, already warns and establishes that the rest of subjects must be treated by oneself as subjects and not objects, that is, as ends in themselves and not as means to reach an end. An enlightened ethic that must compete with an economic ethic, also illustrated, the Smithian of the invisible hand, that of selfishness as the engine of economic and social progress. In any case, women, in principle, are left out of this ethical dilemma of enlightenment, contractualism and practical reason, of the sense of justice and the status of subject. However, the same ethical-political principles of the illustration will make possible the birth of the feminist theory and movement.

It’s personal, now it is personal. Once proved the female ability to work and be governed by universal and abstract standards, to access the domain of dialogical reason −the forum, the agora, the public− and once the universal categories of modernity are implemented, it is time to feminize the public, to rethink the values ​​traditionally assigned to the sexes and to value the particular, the subjective, in short, the personal.

Because “it’s personal” also talks about work, economics and the supposed objectification of economic, economic-political reason. “It’s business, it’s nothing personal” is said when crushing a rival in the market. “It’s the economy, it’s not something personal”, says someone after firing someone who will swell the ranks of unemployment. Of course it is personal! Everything is personal, because if affects people, not numbers, neither names made of letters, nor ID card photos. It is personal because it affects flesh and blood people, with their stories, their projects, their concerns. It is personal.

Now, it is personal. It began this year 2019 with 8 women murdered at the hands of their partners or ex-partners. Eight, a number, objective, that hides eight lives, eight families, eight tragedies. It is personal, because it is not “domestic violence”, as the offensive of neo-fascism in street clothes insists on defending. It is violence against women, because they are women. Now it is personal, because it is urgent not to step back one step, not to leave room for oppressive regression.

This is the meaning of this exhibition, which unfolds in two spaces. In the Social Art Room at Gabinete Literario, a dialogue is established between the works of Alicia Framis and Teresa Margolles, two internationally renowned artists belonging to a generation that emerged in the 90s. Both have represented their countries in the Venice Biennial: Margolles represented Mexico in 2009 and Framis, who lives and works in Amsterdam, the Netherlands in 2003. The exhibition «It’s personal» is completed with an intervention at Sala de Cristal, Cabildo de Gran Canaria, by the young palmera artist Raisa Maudit, whose work is already receiving a notable institutional recognition with its presence in spaces such as MUSAC (León), CA2M (Madrid) or the Miró Foundation (Barcelona).

It would be tempting to frame this unexpected dialogue between Margolles and Framis within the discussion raised by Claire Bishop’s famous article “Antagonism and Relational Aesthetics” (“October” nº110, 2004), assigning to each artist, following this same order, said forms of artistic counter-power, and thus renewing, in female form, the Sierra/Gillick dichotomy with that of Margolles/Framis. However, as we have already noticed in other writings (Friendly fire, CENDEAC, 2015), we prefer to add, rather than divide. Because, in addition, we cannot consider that the direct message is more effective than the generation of social relations when it comes to building, boosting and strengthening radical democracy. Both works, that of Framis and that of Margolles −of which we cannot say that one is more encrypted than the other− add up with dazzling power in the symbolic struggle against inequality, oppression and violence against women.

Teresa Margolles (Culiacán, México, 1963) occupies a large wall of the room with her work “Inquiries” (2016). A mural installation of 30 color prints of photographs of posters of missing women that cover the streets of Ciudad Juárez, Mexico. The photocopy of missing women has covered the walls of the streets of Ciudad Juárez from the late 1990s to the present. There, the posters with the photograph and data of the victims are called “inquiries” [pesquisas]. Over the years, the information on these posters has become discoloured, faded, mutilated, becoming part of the urban landscape. External agents, such as the climate and people, intervene in the transformation of these documents, sometimes becoming unrecognizable. Although there have been attempts on the part of the municipality to prohibit the papering of the walls of the city, the inquiries go on. It is the claim of the relatives and of the civil society before the tragedy. From 2012 to 2016, the year in which Margolles made the piece, the International Human Rights Commission highlighted that more than 7.000 women had gone missing in Mexico. Today, the number is much higher.

This poetic denunciation of feminicide that Margolles presents is flanked by the videographic record of two actions by Alicia Framis (Barcelona, ​​1967) that are projected on the attached walls. On the one hand, “The Walking Ceiling” (2018), a performance recently carried out for her great exhibition “Gender Pavilion” at Sala Alcalá 31 in Madrid, in which the “glass ceiling” is denounced. The artist asked professional women from Madrid to help her carry a glass plate of three by two meters. The plate rests on the heads of these “white collar” workers thanks to a pad that prevents the glass from sliding and dampens vibrations. This element subtly recalls African women who carry water or food and contrasts with the aseptic of the whole action, which unfolds in silence, with the movement of women at the same pace and hands with gloves. A staging with which the artist wants to provoke “contrary to what you think at first, a liberating effect of a latent oppression” (Framis, “The Walking Ceiling” p.97).

Facing the projection of this video, we find “8th June, the female models are free” (2006), a work that was created in response to the invitation of Enrique Loewe to participate in the exhibition “Take me with you”, which was part of the celebration of the 160th anniversary of Loewe. Twenty artists were asked to analyze the relationship between people and their bags. So Framis applied a bold change of roles. On June 8, 2006 a protest demonstration was held in Madrid against the use of skeletal models on the runways and advertisements. The artist, therefore, did not hire female models −which had the day off for the demonstration−, but male models who, with a simple luxury bag in hand, climbed the catwalk completely naked. Loewe’s advisors decided that this type of art proposal was inappropriate for the company and for the VIP audience. The Royal Family would be attending the inauguration, a fact that triggered the action to be censored and cancelled minutes after the presentation to the international press.

For her part, Raisa Maudit (Los Llanos de Aridane, La Palma, 1986) will carry out the participatory performance “Twerking for the revolution: to the barricades papi” (2015) on March 14 at the Sala de Cristal of Cabildo de Gran Canaria, space in which the elements used in the performance will remain until March 26, as well as a large screen with the video tutorial that guides the action.

Maudit’s work is defined in representations of desires, constructions, contradictions and expectations built on the limits of dissidence: post-anarchism, transfeminism, popular culture, identity, the body as a tool or the occult are recurrent themes in her work. Close to the queer movement, she blurs gender stereotypes and uses social media as a means of promotion rather than as a means of creation in itself. For “It’s personal”, the palmera artist presents an interactive video tutorial in which, using twerking as a common thread, “we play, we dance, we sweat to understand our world around ‘The Revolution’ through identification with three groups within the social stratum: ‘Authority’, ‘Opposition to authority’ and ‘Executors of authority’”. In the action, once the participants are identified, they will have to be in one of those groups and, following the twerking steps learned in the masterclass, they will have to face a kind of ‘civil war’ in three sides in which only one can remain.