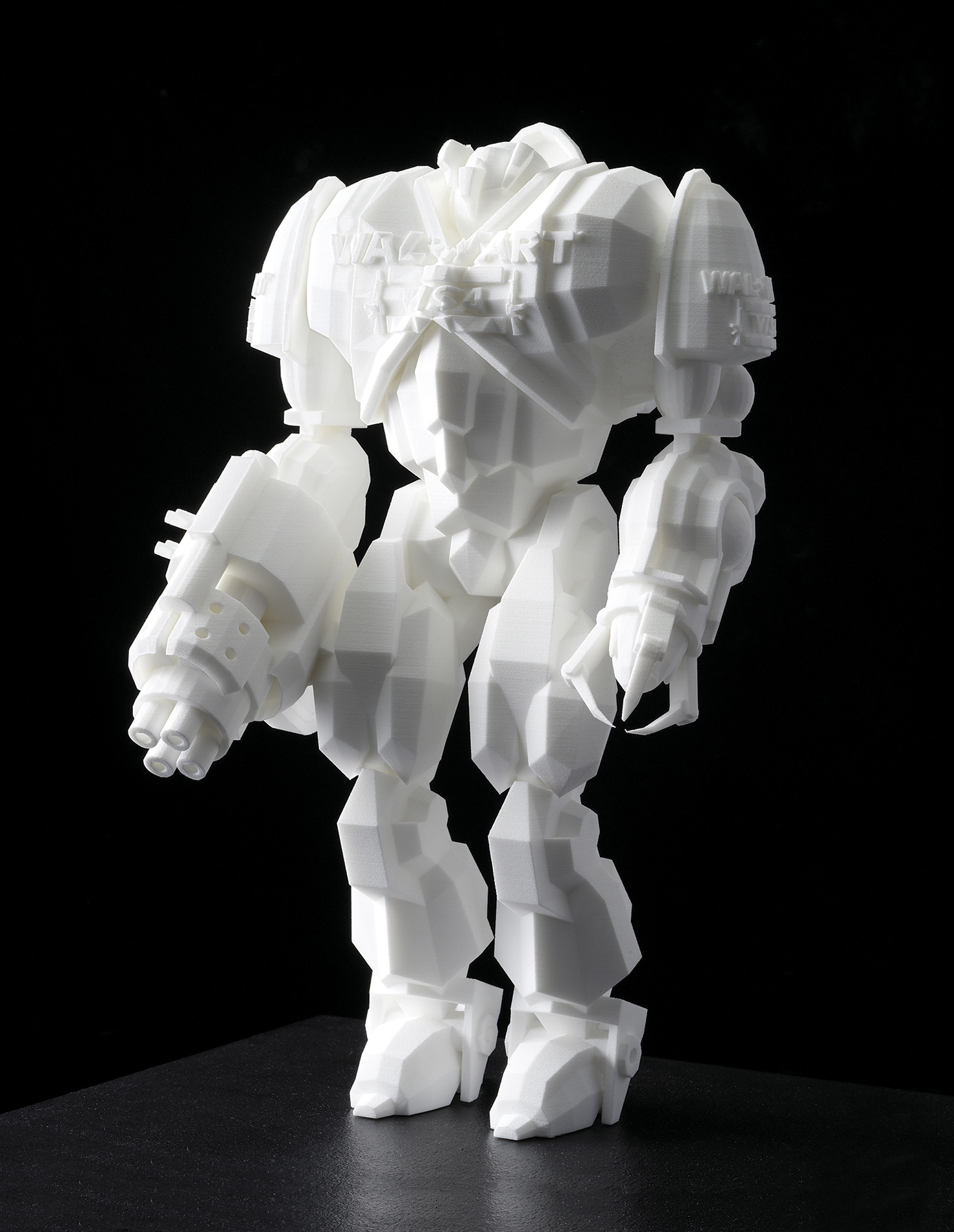 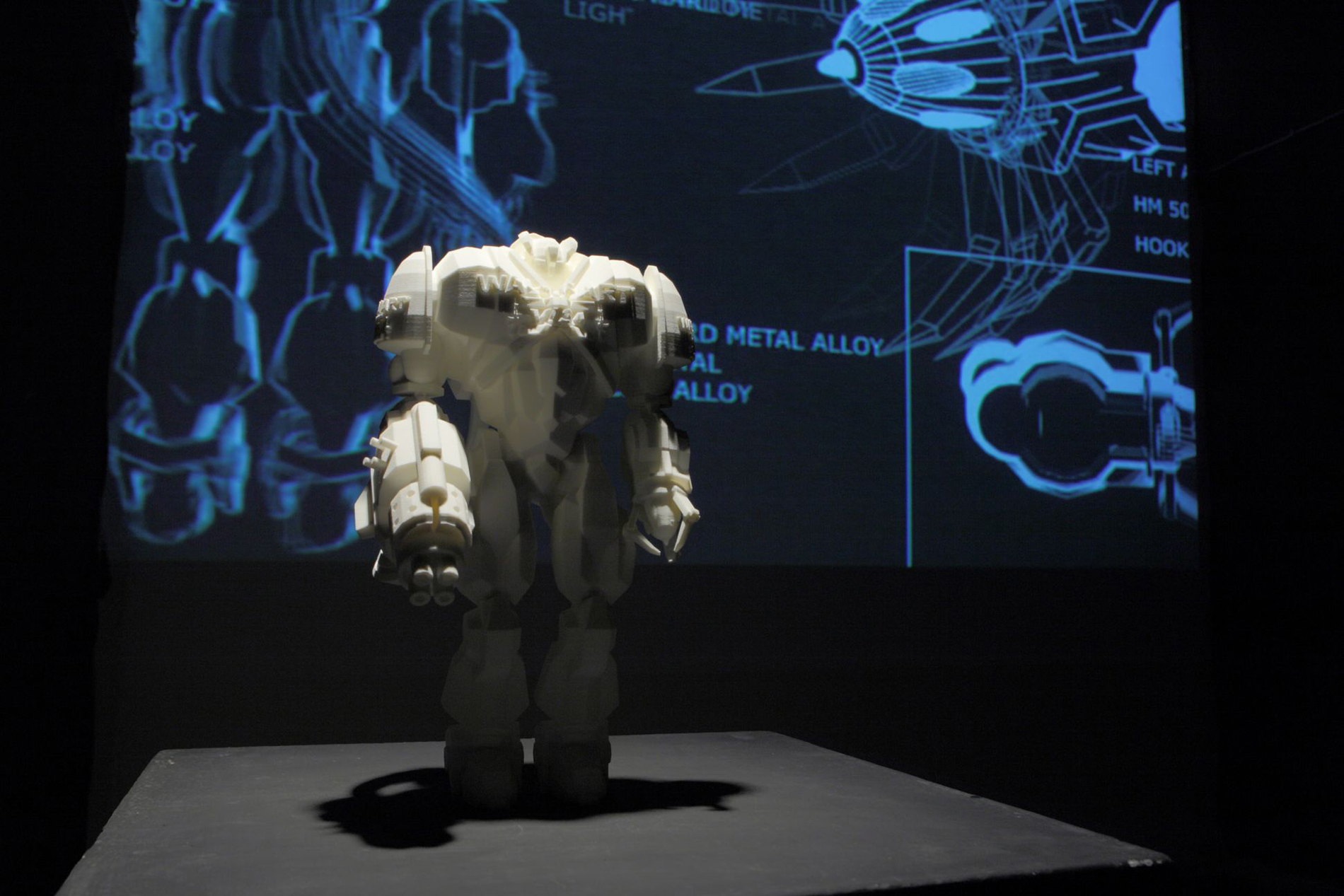 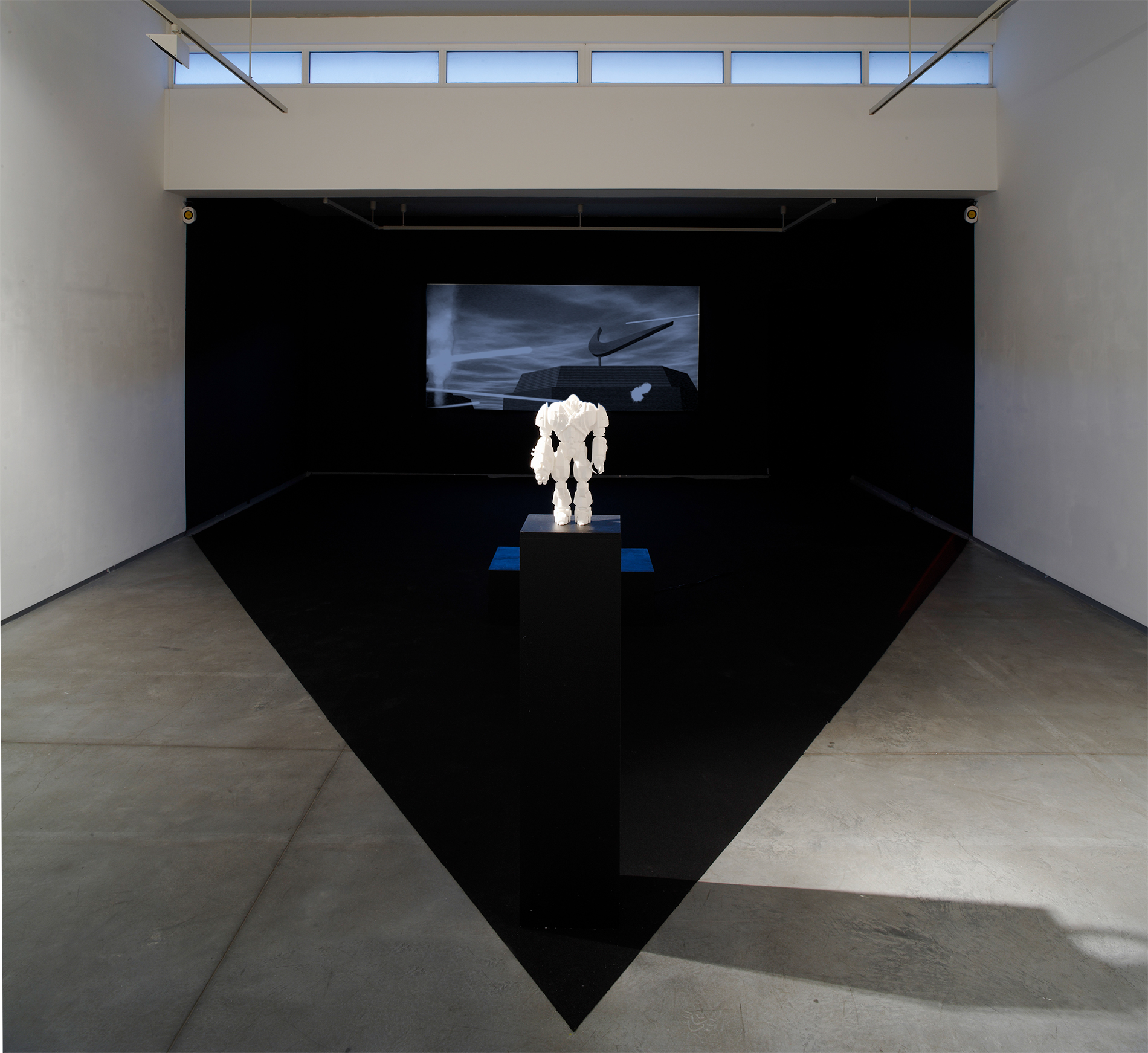 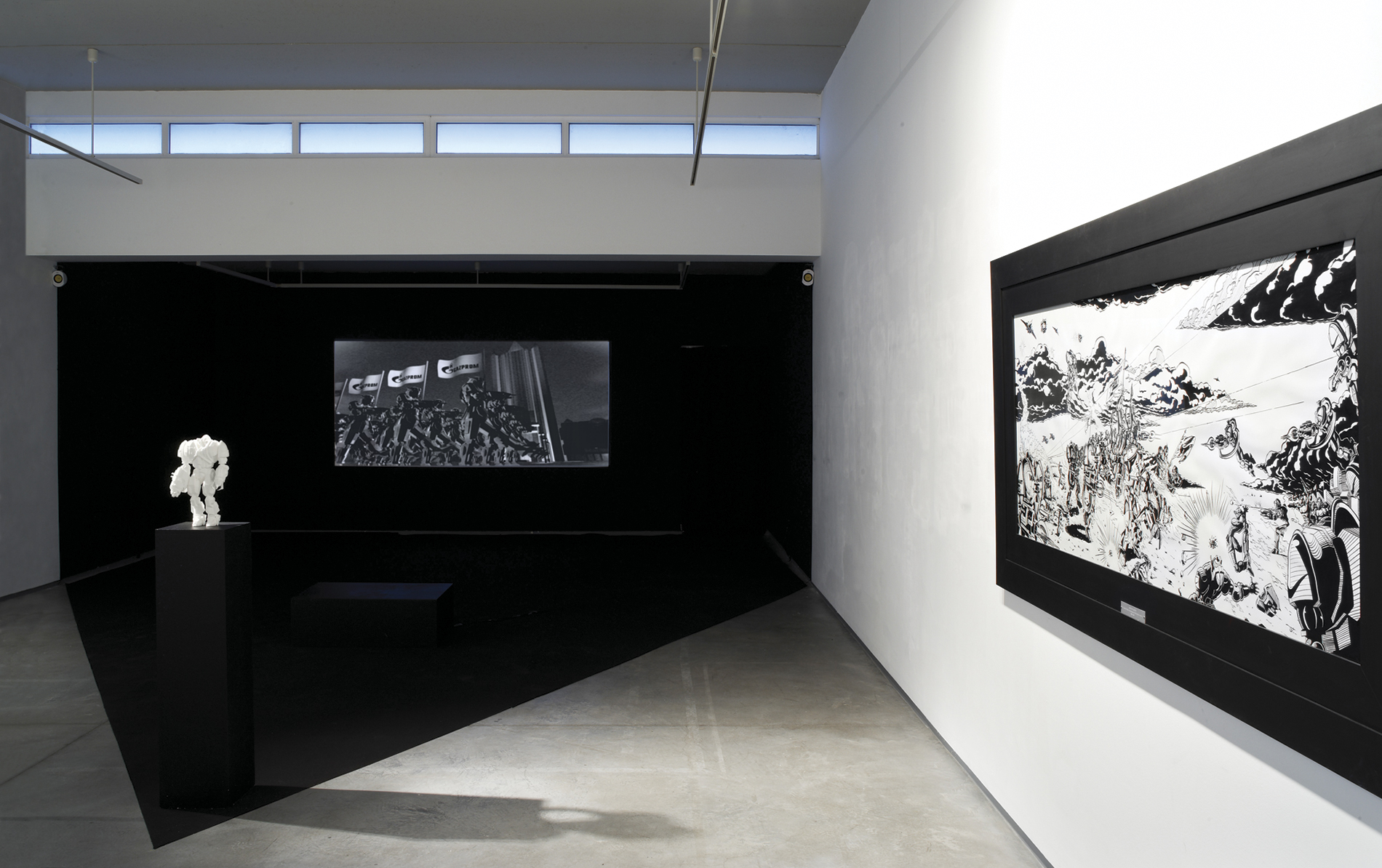 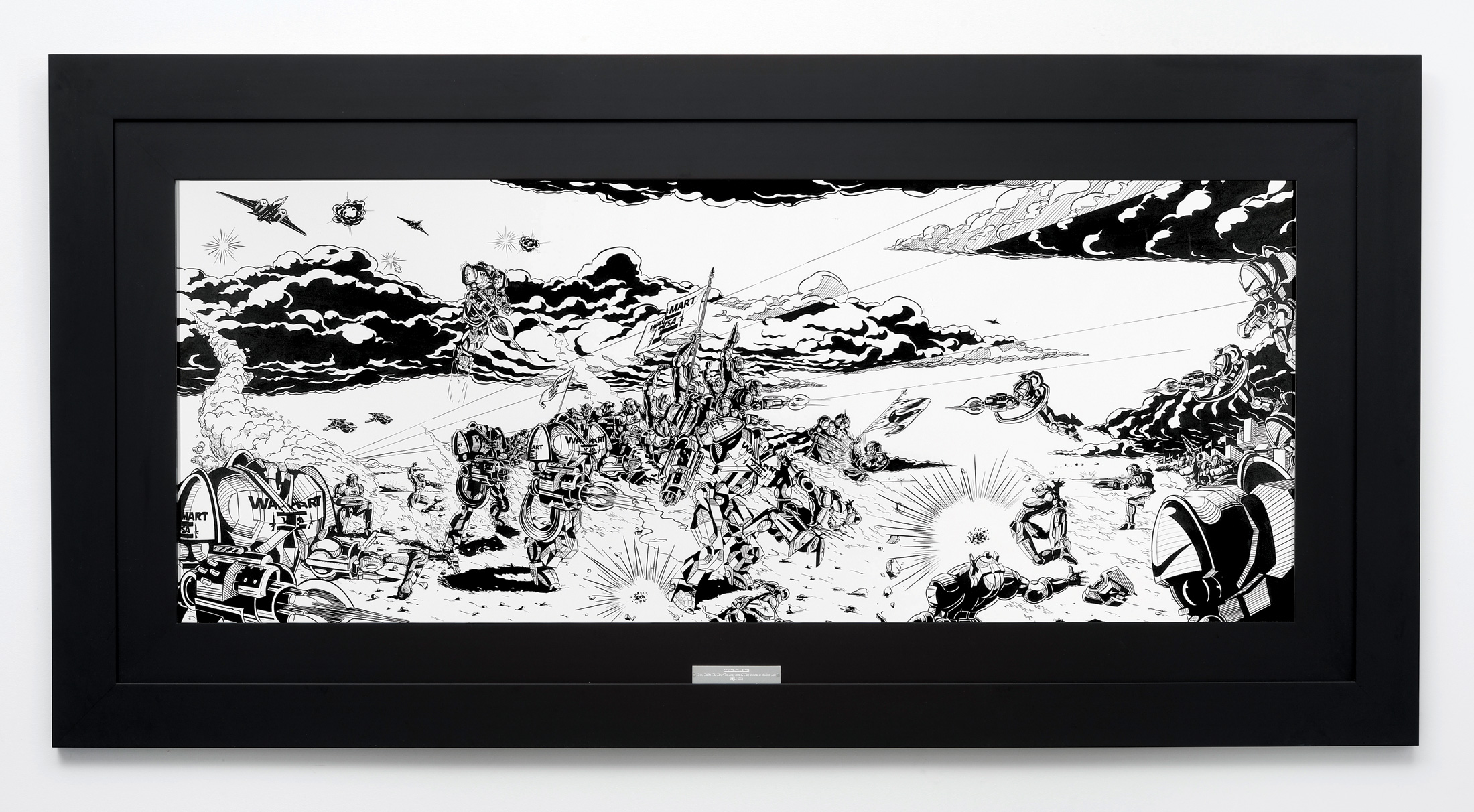 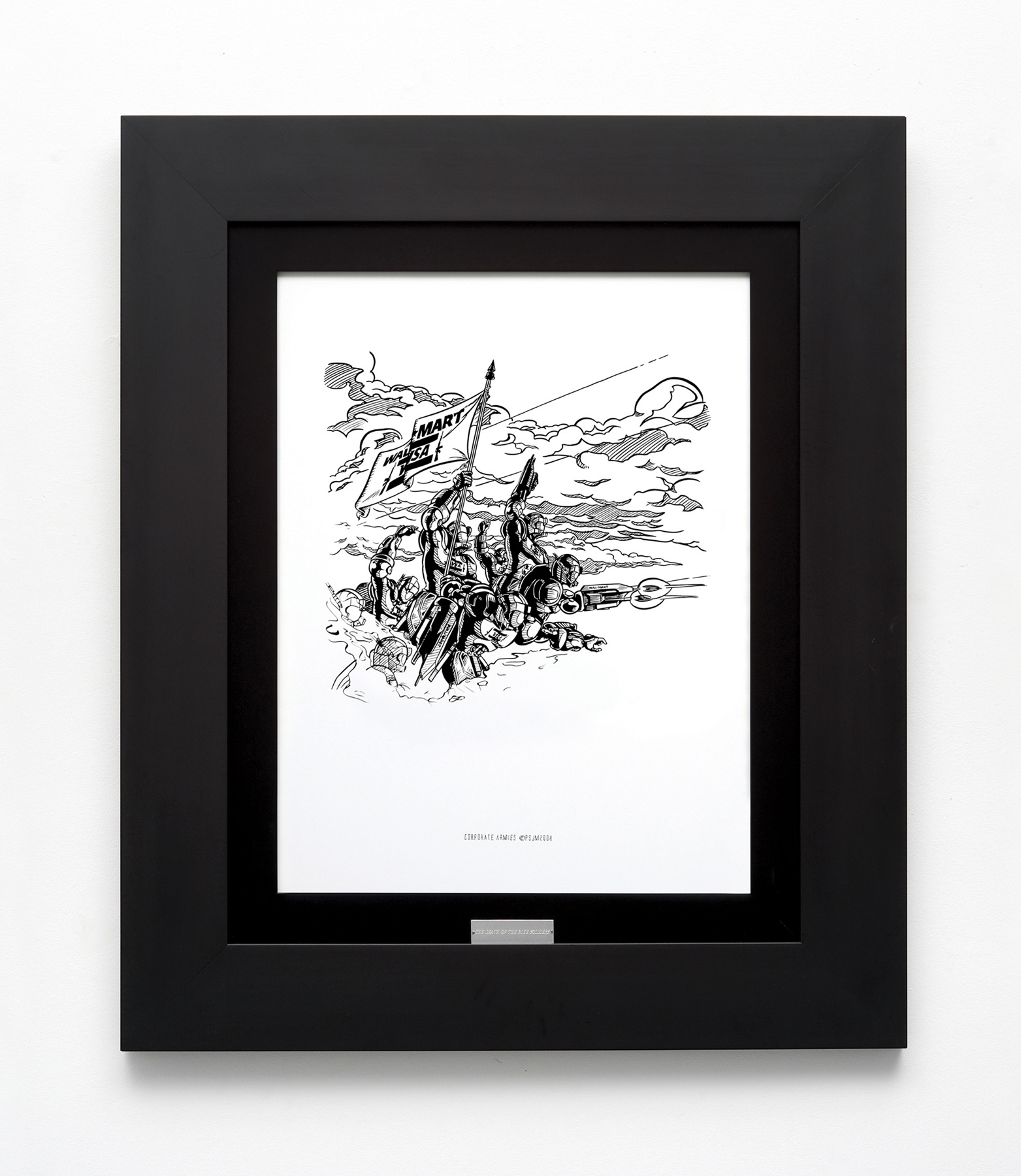 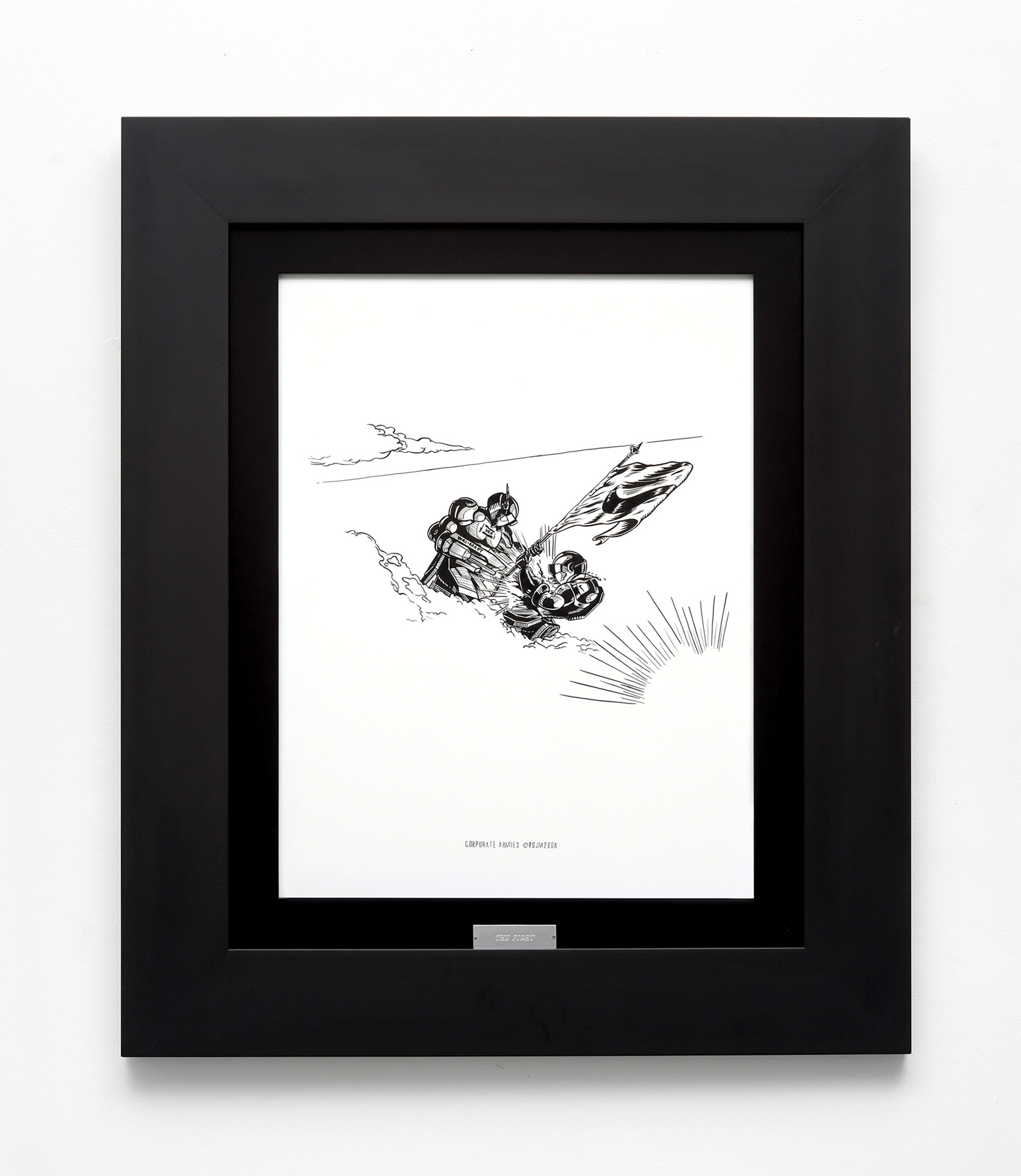 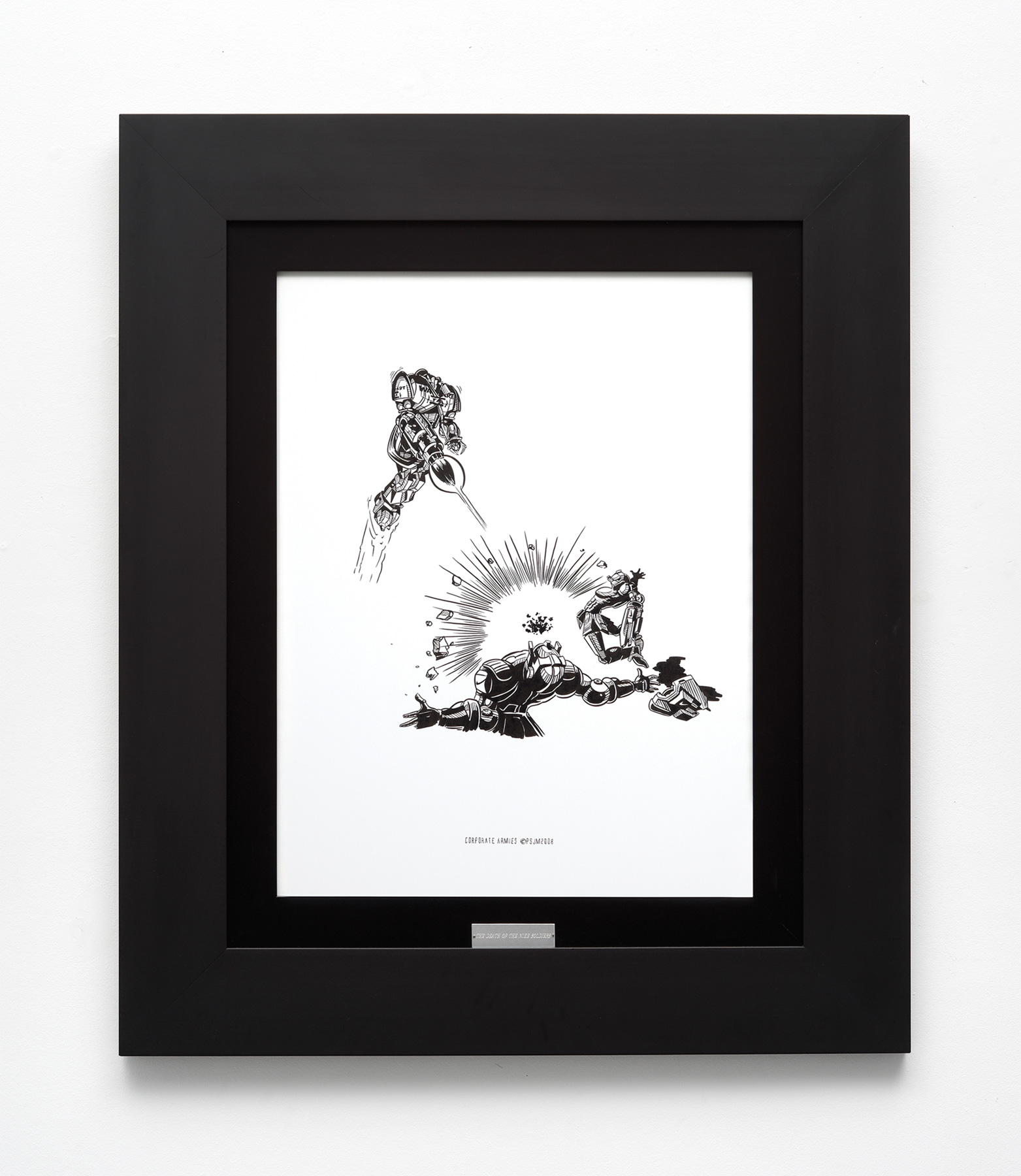 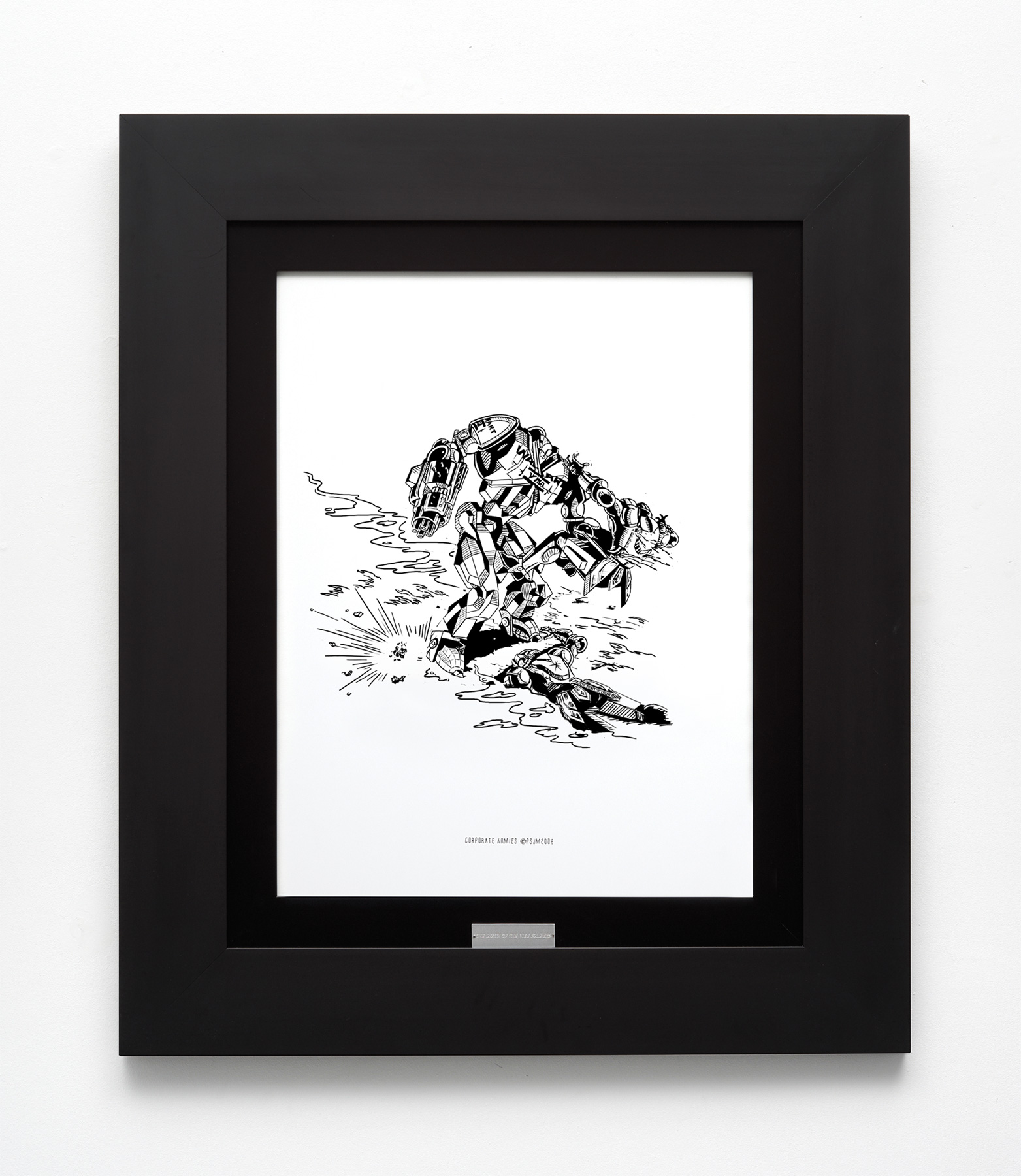 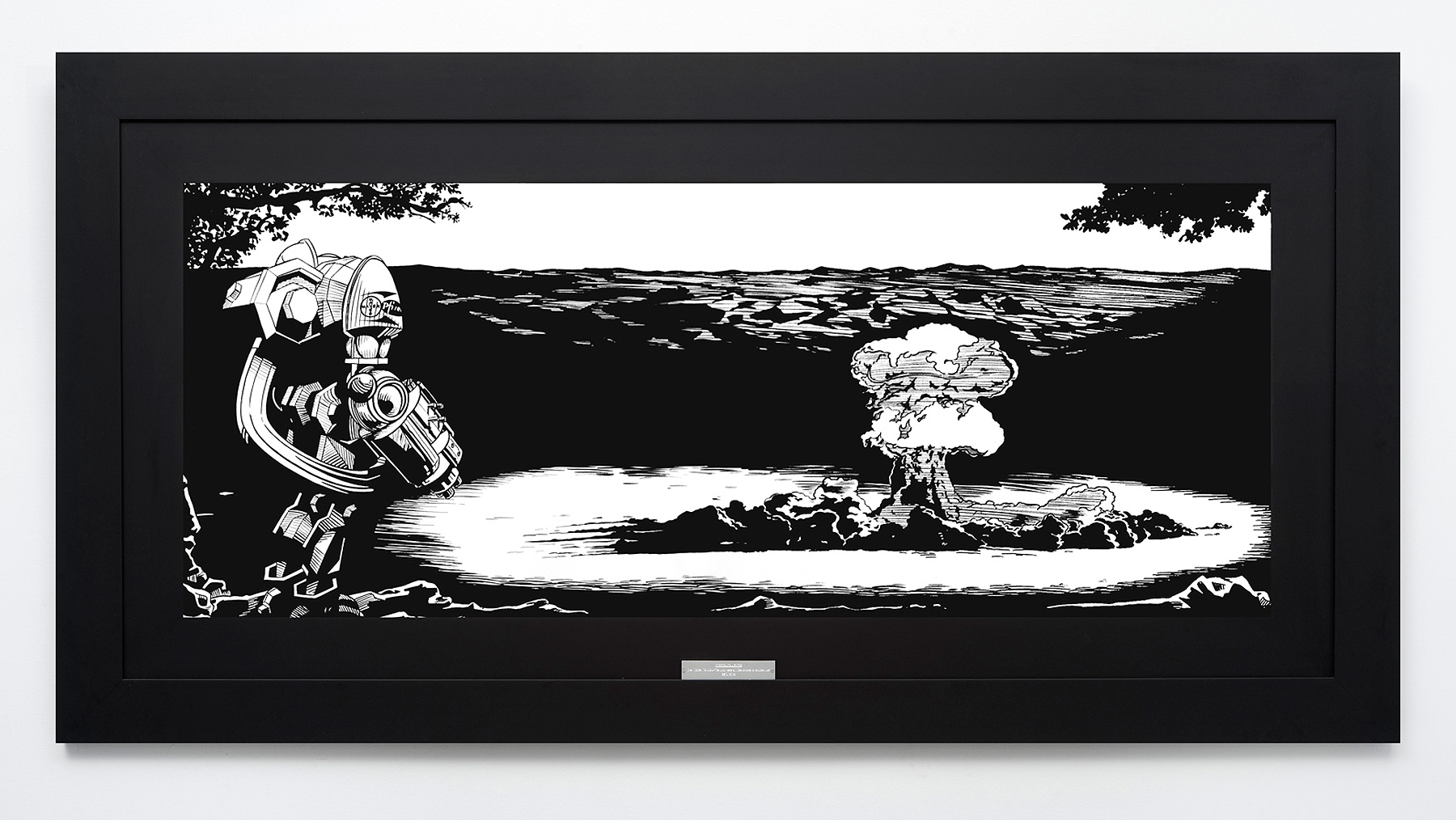 According to an article published in July, 2007 in The Guardian, the Russian parliament approved a law that gives carte blanche to the giants energetic Gazprom and Transneft to have armed workforce that go beyond the conventional police guards of safety. The law allows to these companies to articulate armies without armament limit. From this true story we are starting a project of “political fiction”, which one presents in format of video, sculpture and drawing.

In the form of a trailer, the video “Corporate Armies” anticipates a plot that simulates the procedures employed by entertainment factories to launch their multimedia products on the market, creating expectation about an apocalyptic story available in a movie, videogames    and other by-products with which the entertainment industry usually displays its cultural merchandise. This story, realized in 3D, describes a world governed by corporations where marketing and totalitarianism unite to create a dystopia that aims to make the viewer reflect on the fate of globalized capitalism once freed of any limitation imposed by democratic institutions.

The three-dimensional aspect of the project it there covered by the sculptures of these corporate soldiers realized with digital technology 3D and that working as an auratic merchandising piece.

The project is completed by the series of “historical drawings”. Heroic drawings of great format in a style that interprets the Manga and Marvel comics. This debit style of the culture of masses adapts to the preference to the baroque composition in its lines of force and a romantic mysticism which notion of the sublime thing points at the war and its power of visual fascination. The futurist inheritance of this relation beauty-war is in use for identifying here a certain technology of spectacular seduction used by the mass media and the industry of the entertainment.

Like in other occasions in which our team, PSJM, has developed projects appropriating of the language of the culture of masses, also here we have demanded the participation of creative professionals who will stamp a qualit brand on this project collaborating with Naone (Fernando Feito) in the accomplishment of the animation 3D, with Emiliano De Pietri in the configuration of the screenplay and Esteban Ruíz in the creation of the original soundtrack.