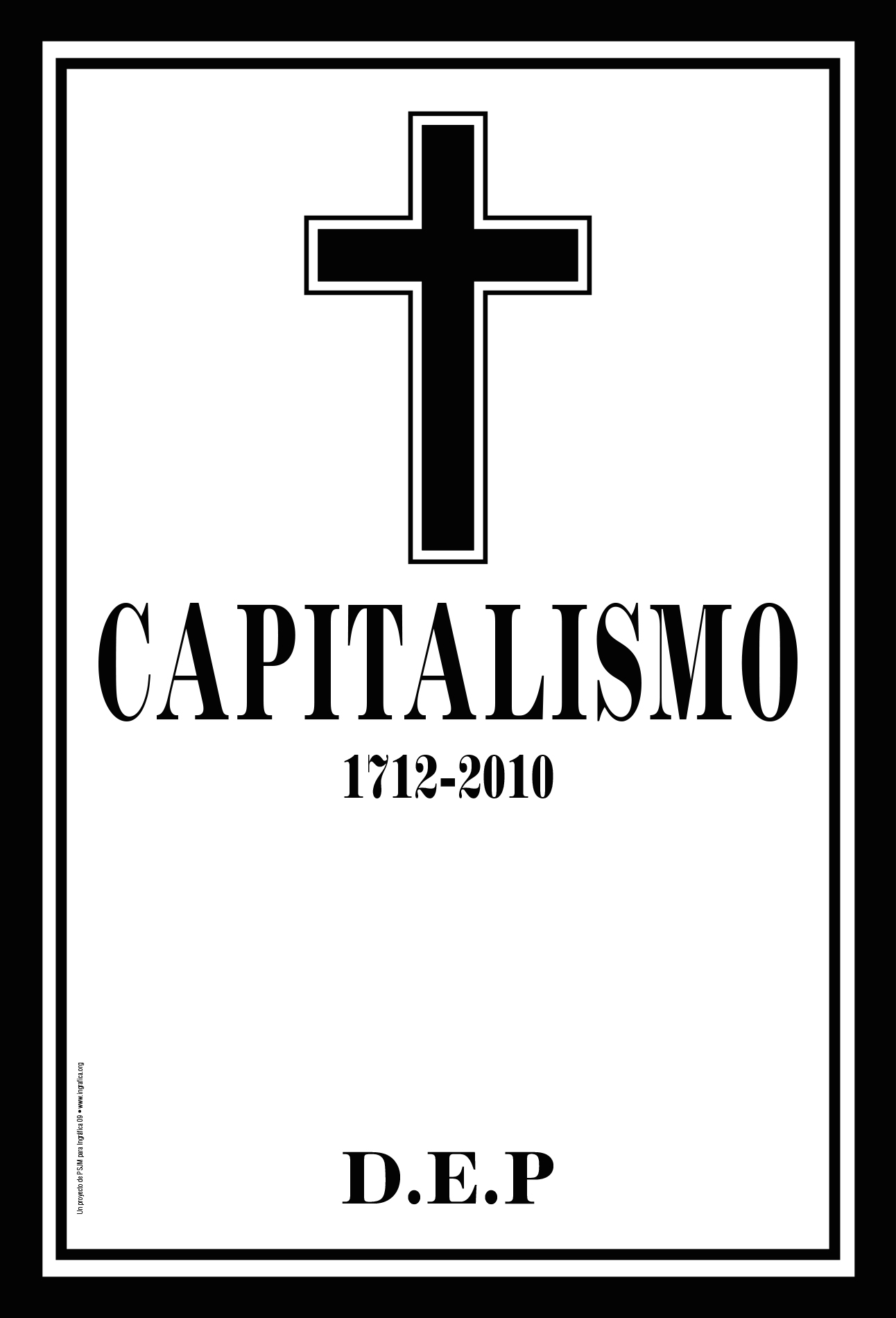 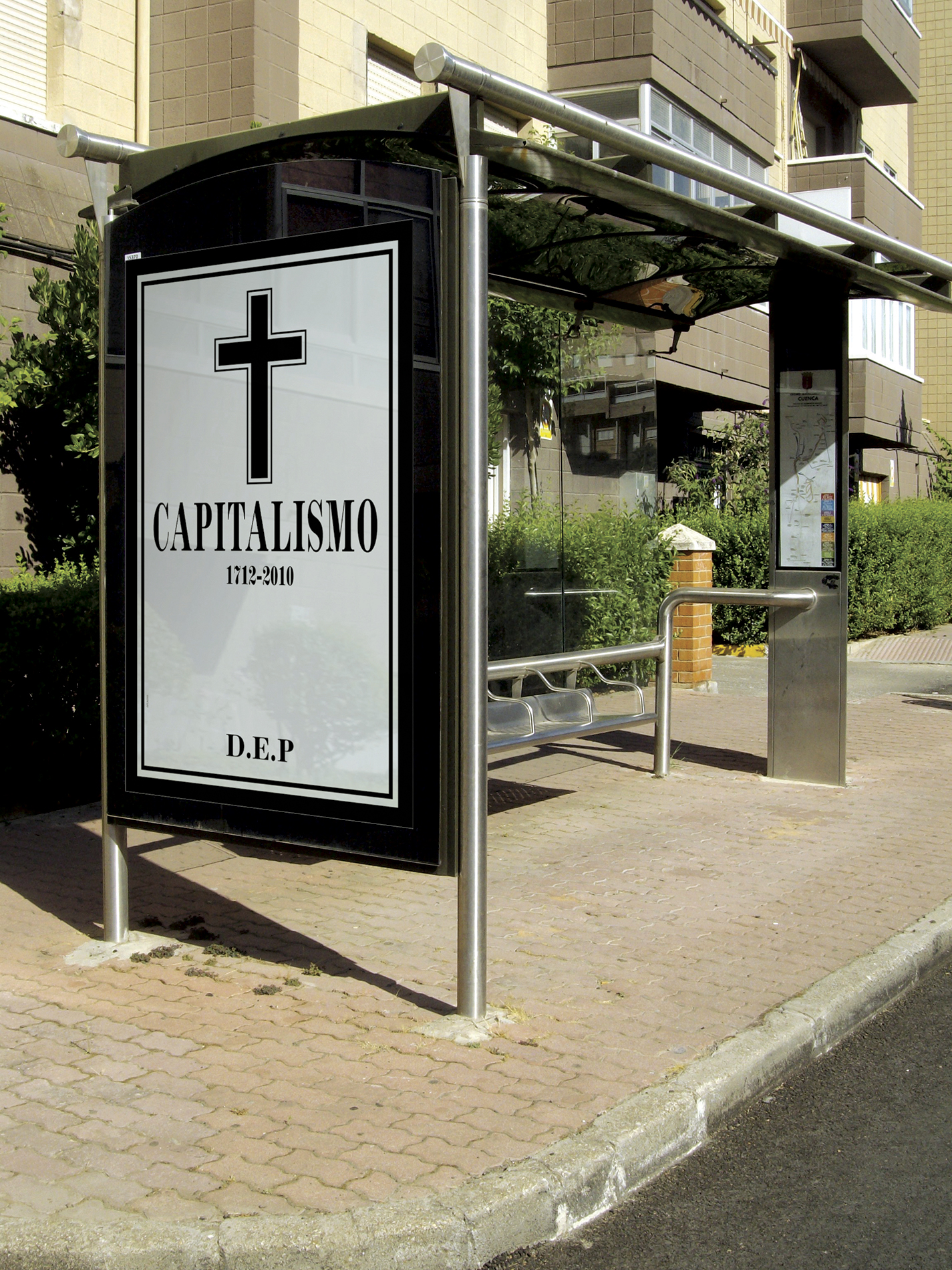 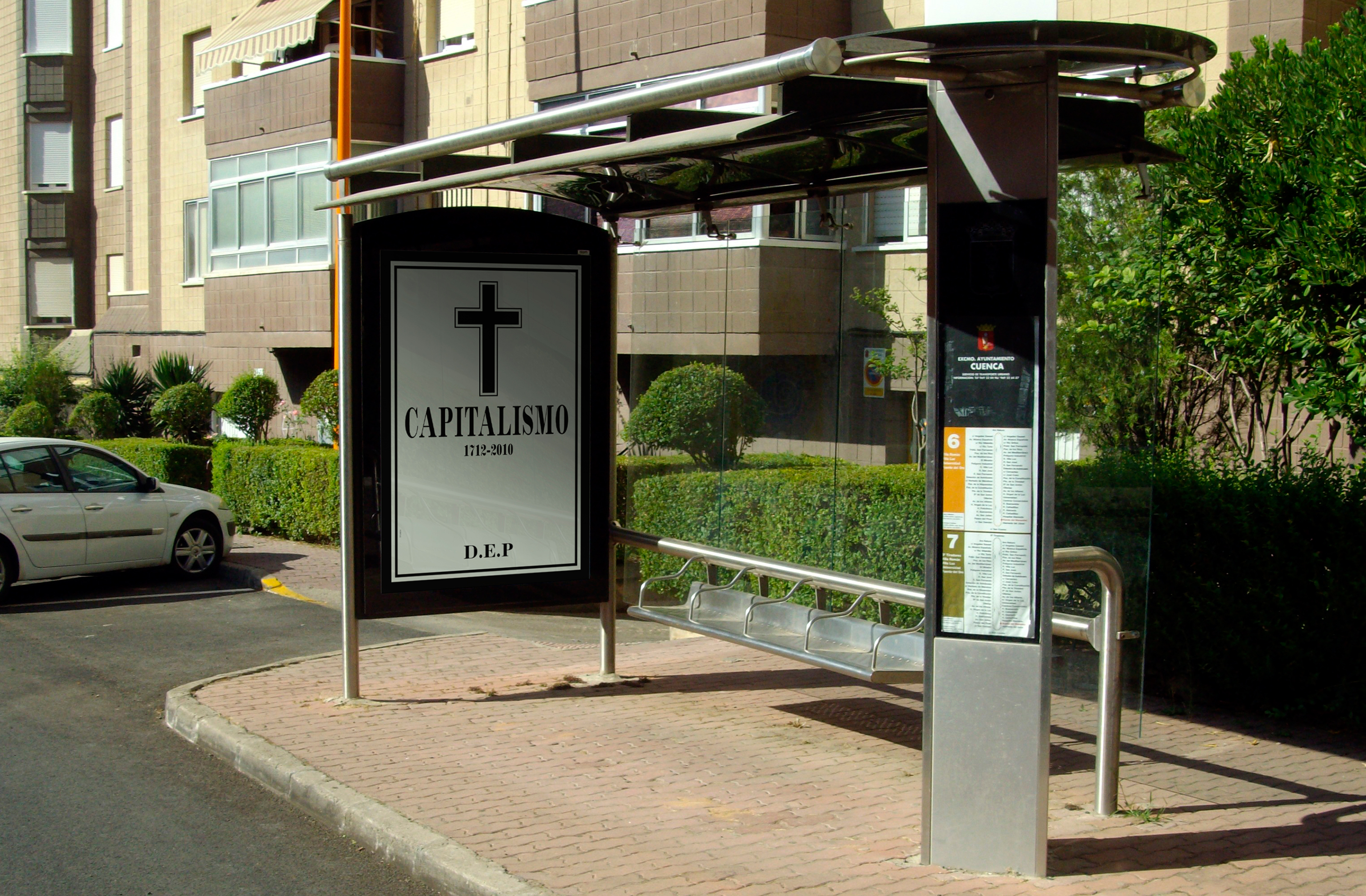 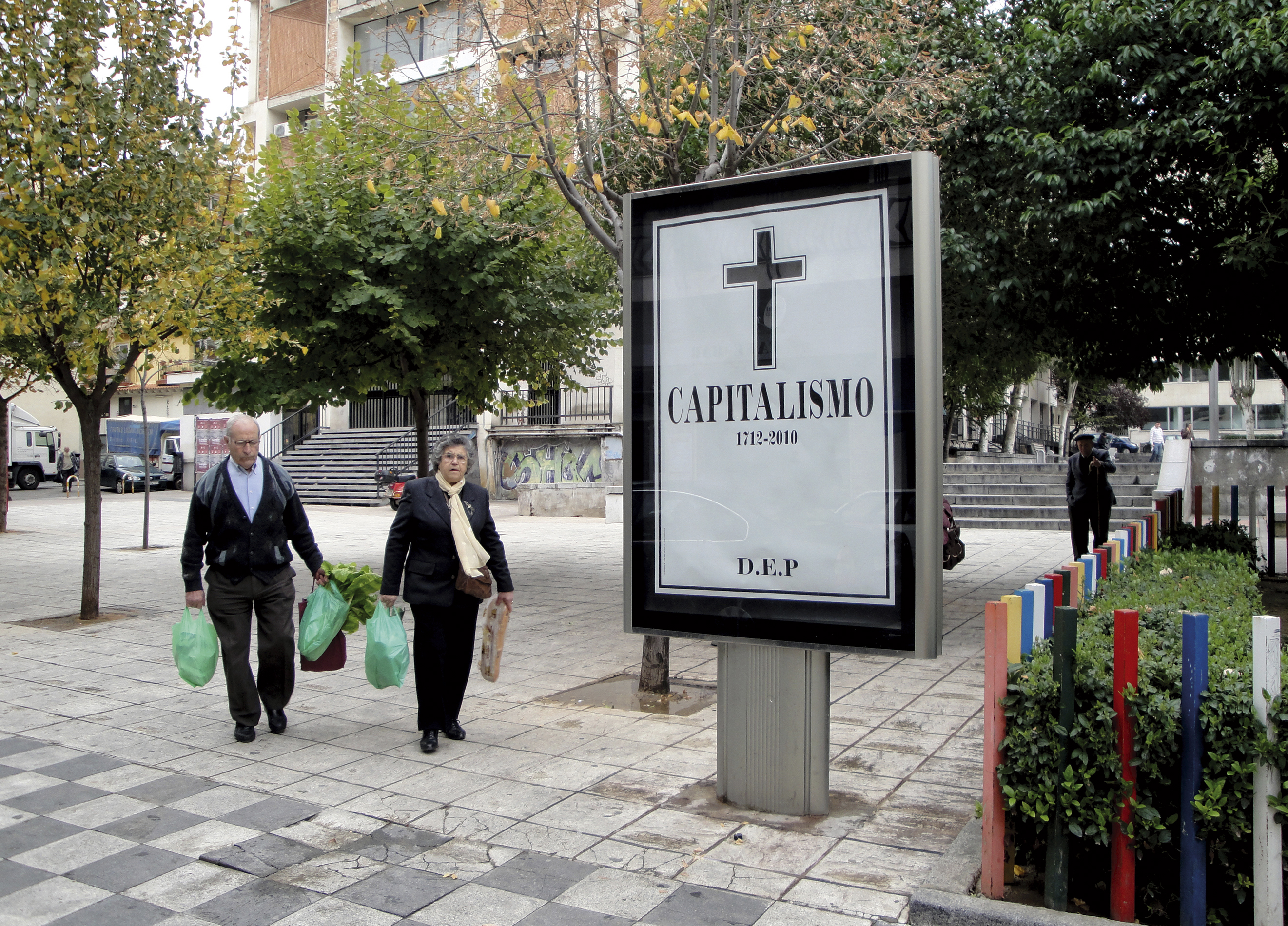 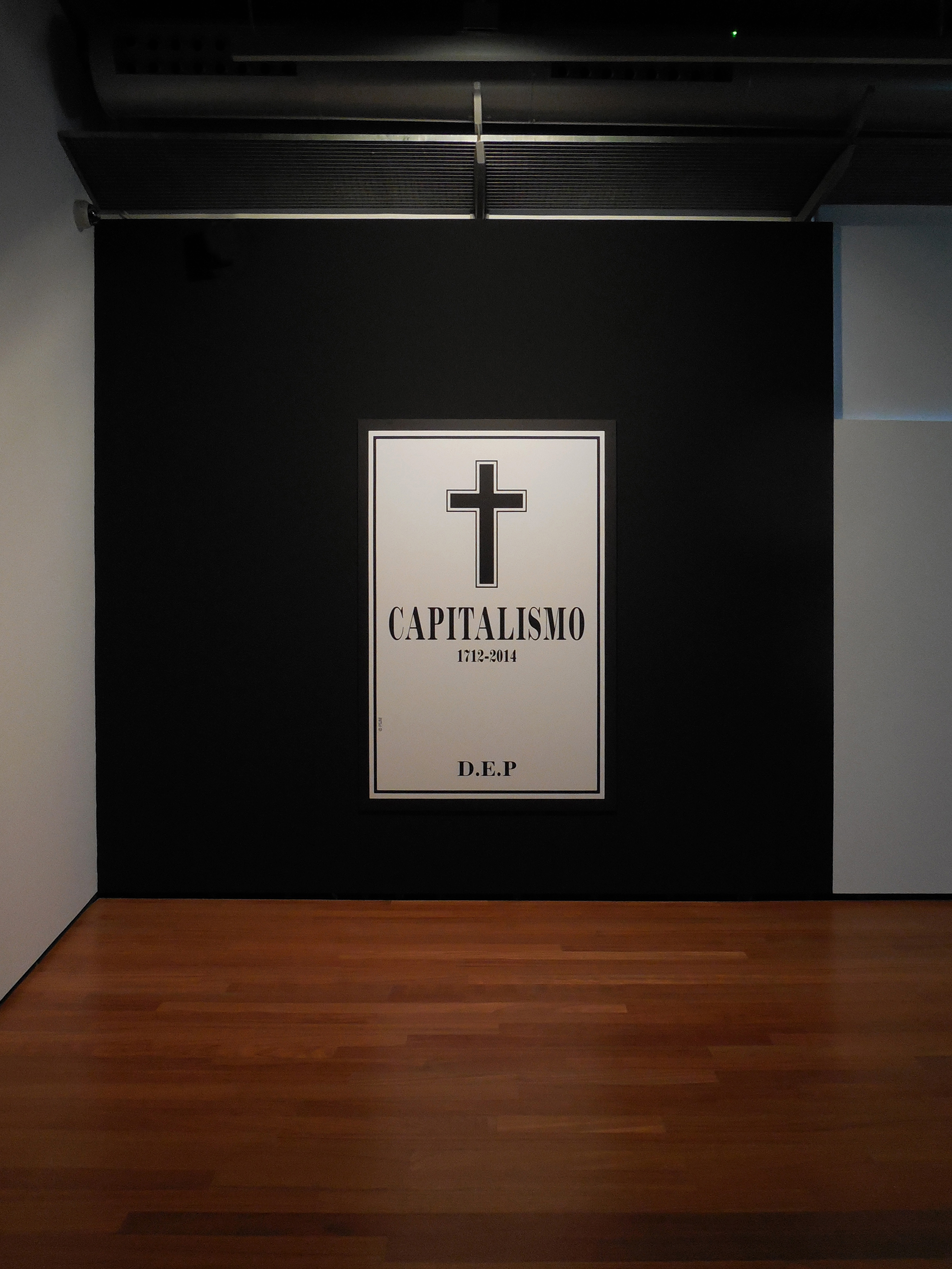 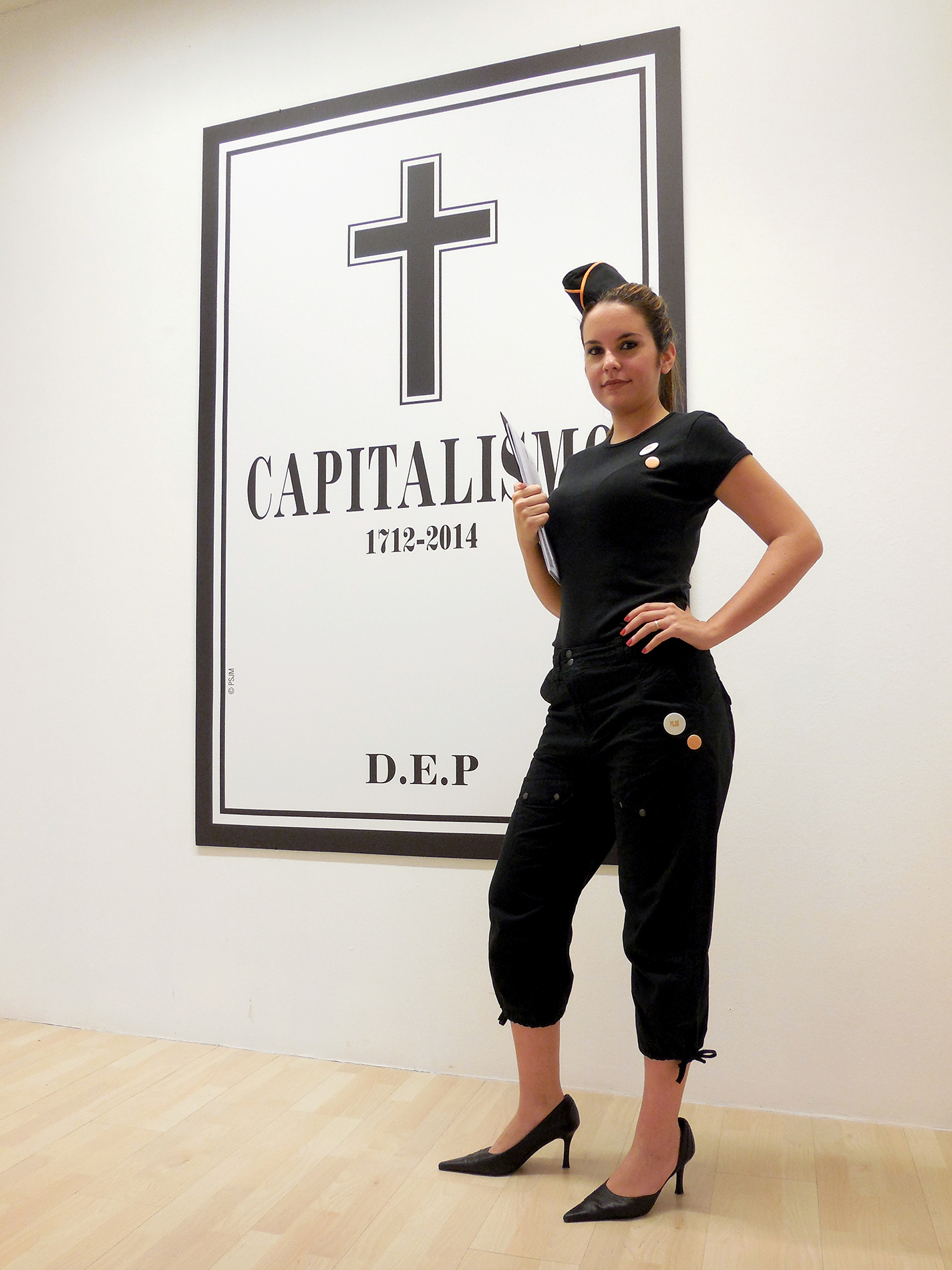 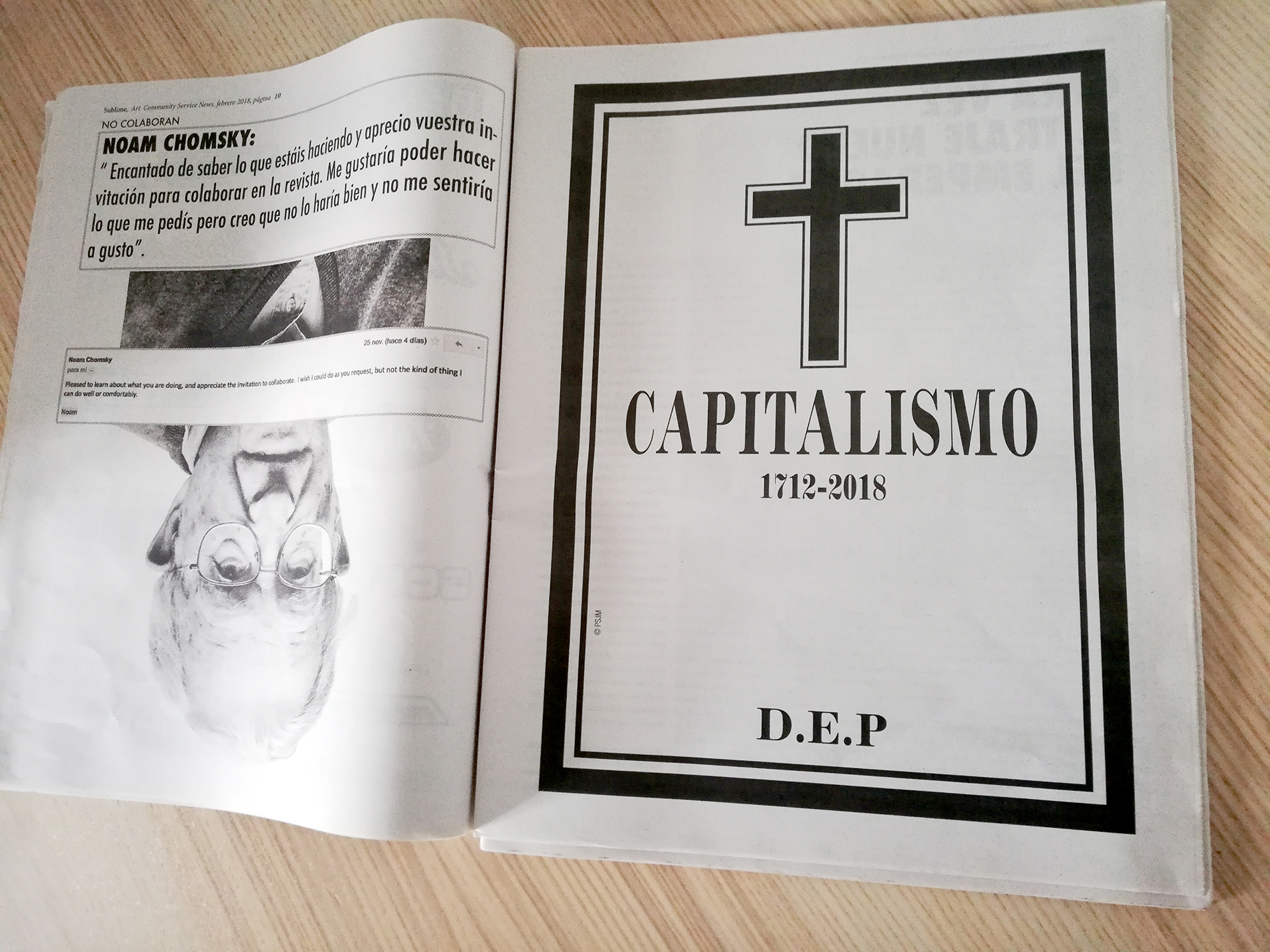 It is an advert, a what’s to come, or teaser in advertising jargon. Capitalism is starting to devour itself due to the lack of otherness[1]. The crash of 2008 bears witness to the aches and pains of an aged regime ruled by the flow of immaterial securities, whose issuance supposes, in itself, the production of value. An economy that has lost its references, a mirror of the culture of the simulacrum, in which the media also constitute reality. Where culture, previously superstructure, descends to encounter industry, previously the base, on the ascent, thereby creating a new unique common level, the so-called mediascape, where works of art are merchandise and the aesthetics of merchandise is laboratory designed. In this mediascape, fiction is hyper-real[2].

The aim of mounting capitalism’s death notice on Cuenca’s advertising panels is to create an atmosphere of strangeness and reflection in the city. As these panels are the characteristic stage for advertising mythologies, it seems appropriate to use them to communicate the death of the ruling system. The Christian cross that crowns the death notice underscores the religious origins of an economic spirit founded on the Calvinistic ethic[3].

The design of the Catholic death notice used here aims to play with the religious condition of the area by appropriating its symbols. It is, accordingly, an appropriation of symbols and means of power intended to introduce a discordant message.

In the nature of the advert lies the promise of something that is to come, in the same way that, in the commodity aesthetics, it is the promise of useful value that triggers the purchase[4]. The temporal logic of Late Capitalism is anticipation, acceleration like fashion, almost deceased before becoming fashion[5]. As it is obviously impossible to determine the exact date for the genesis of a historical process, 1712 was chosen for the birth of capitalism because it is the year in which the steam engine was invented. As the work is to be exhibited in 2009, the date of death in 2010 anticipates an event, something to come, an unknown.