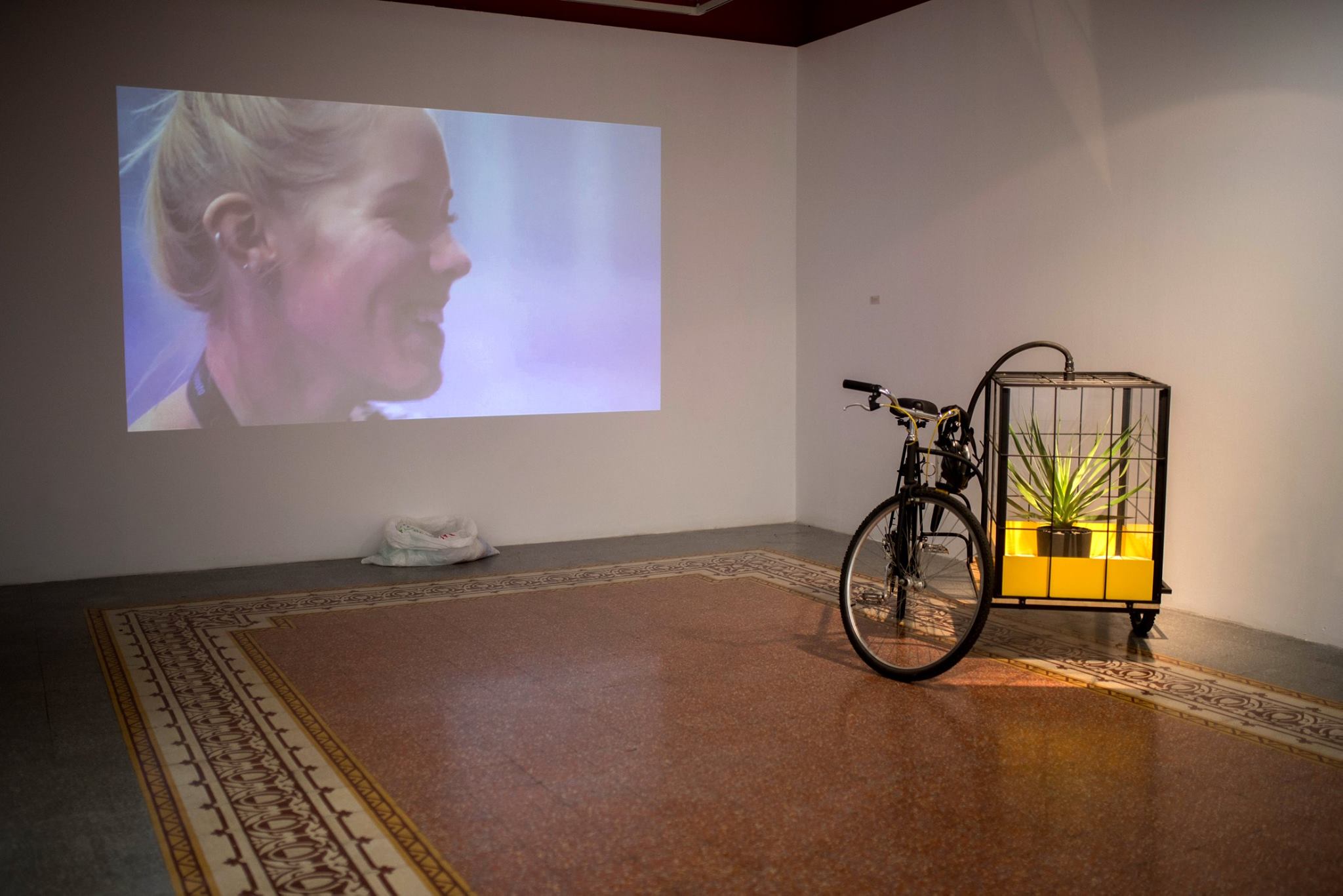 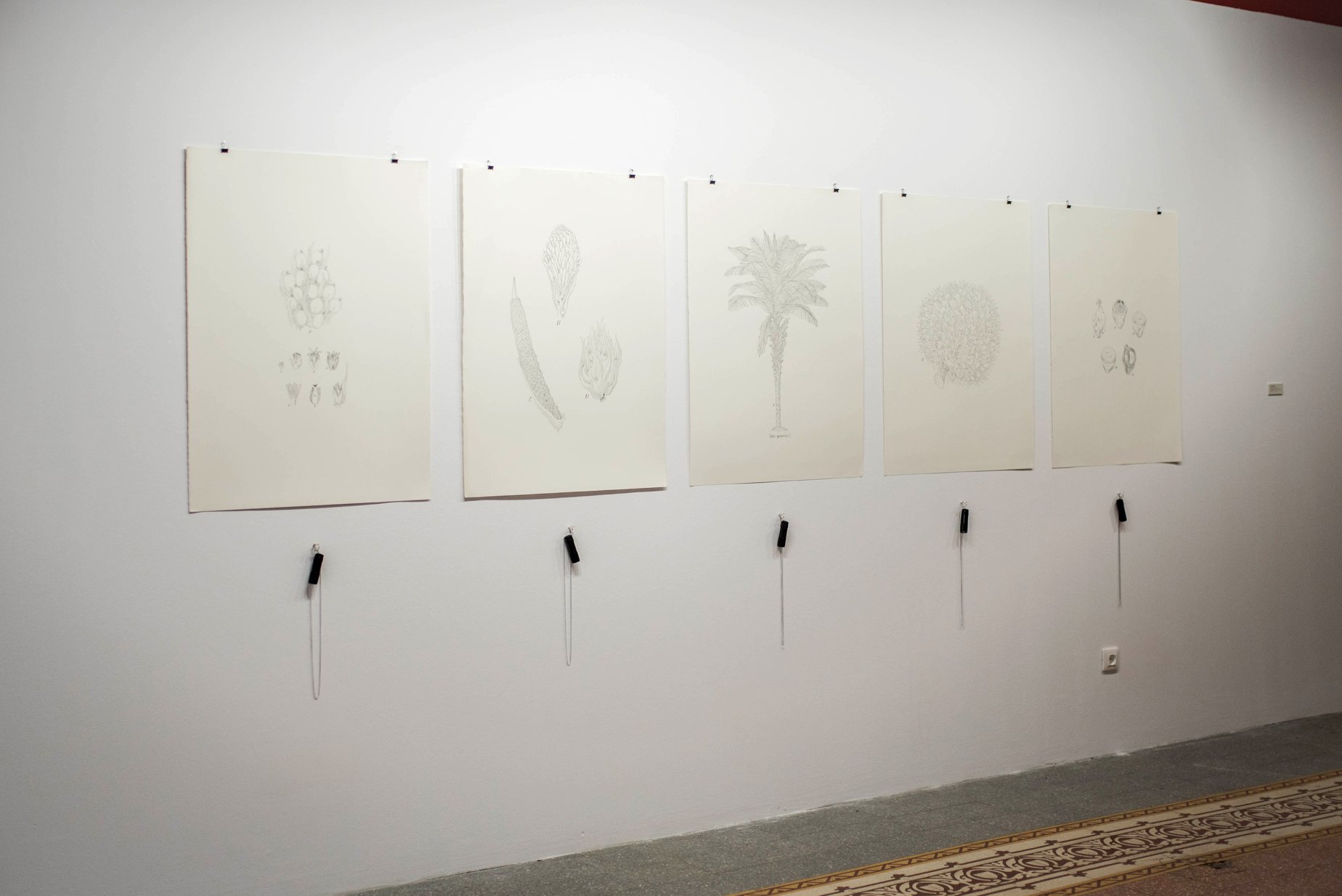 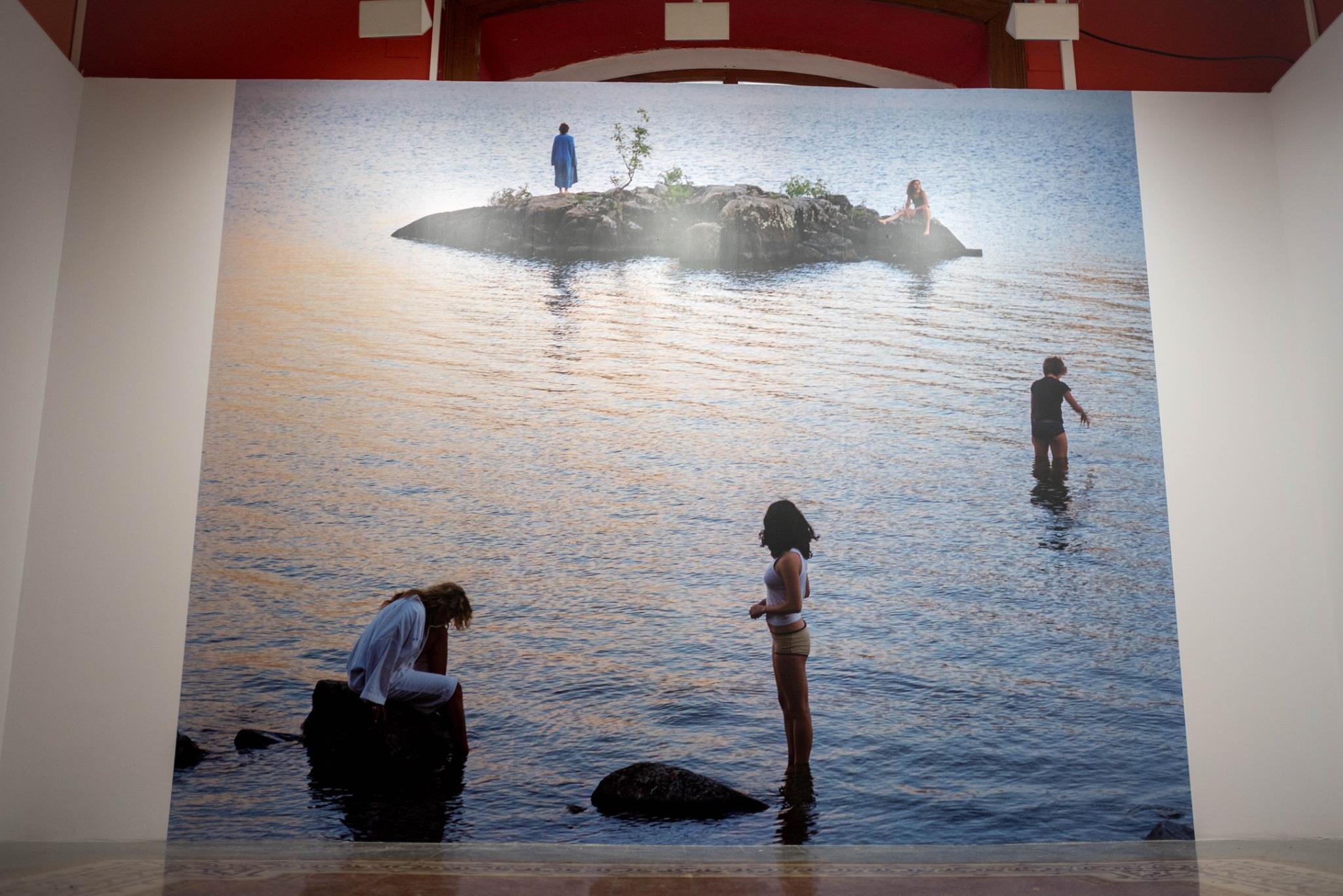 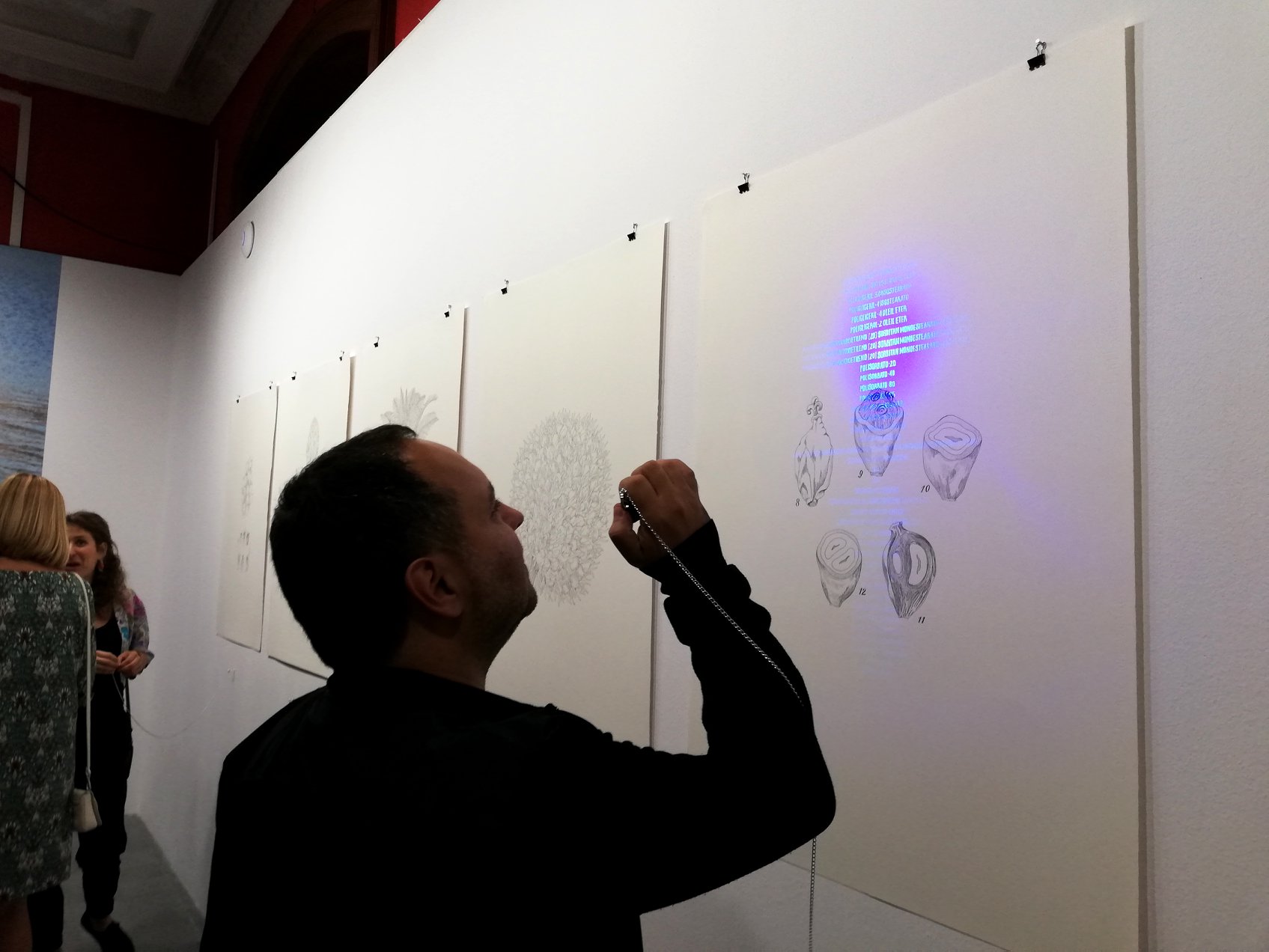 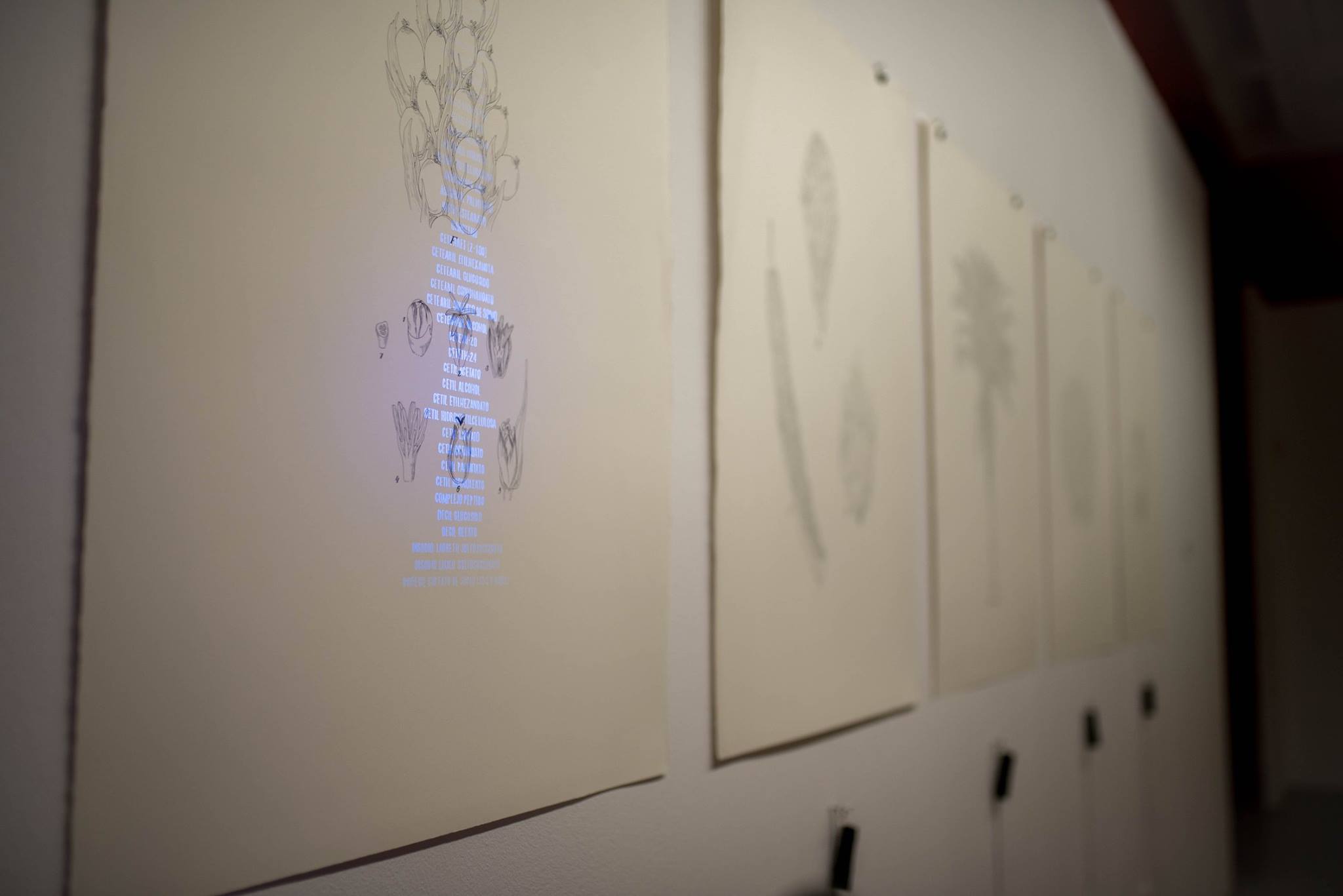 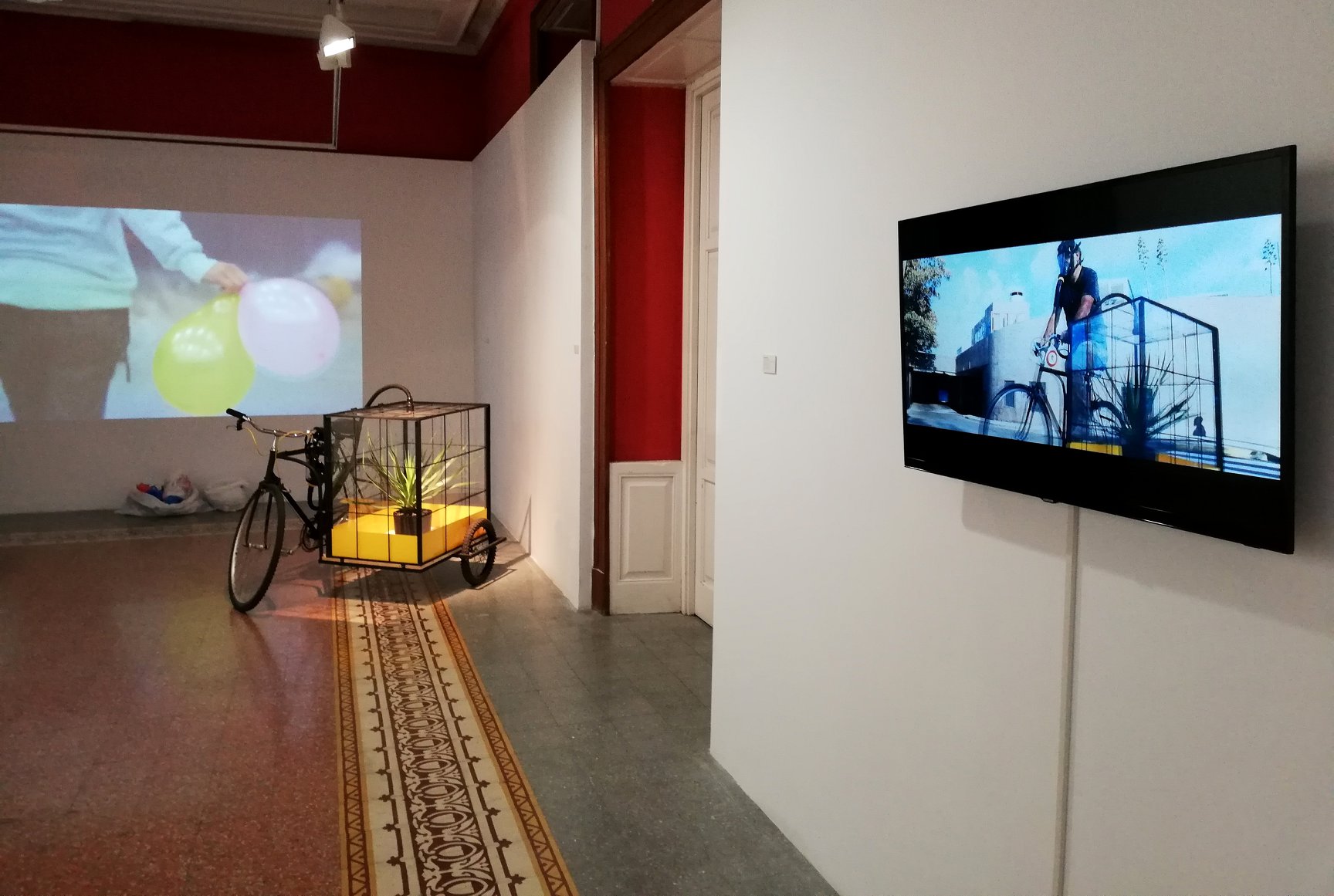 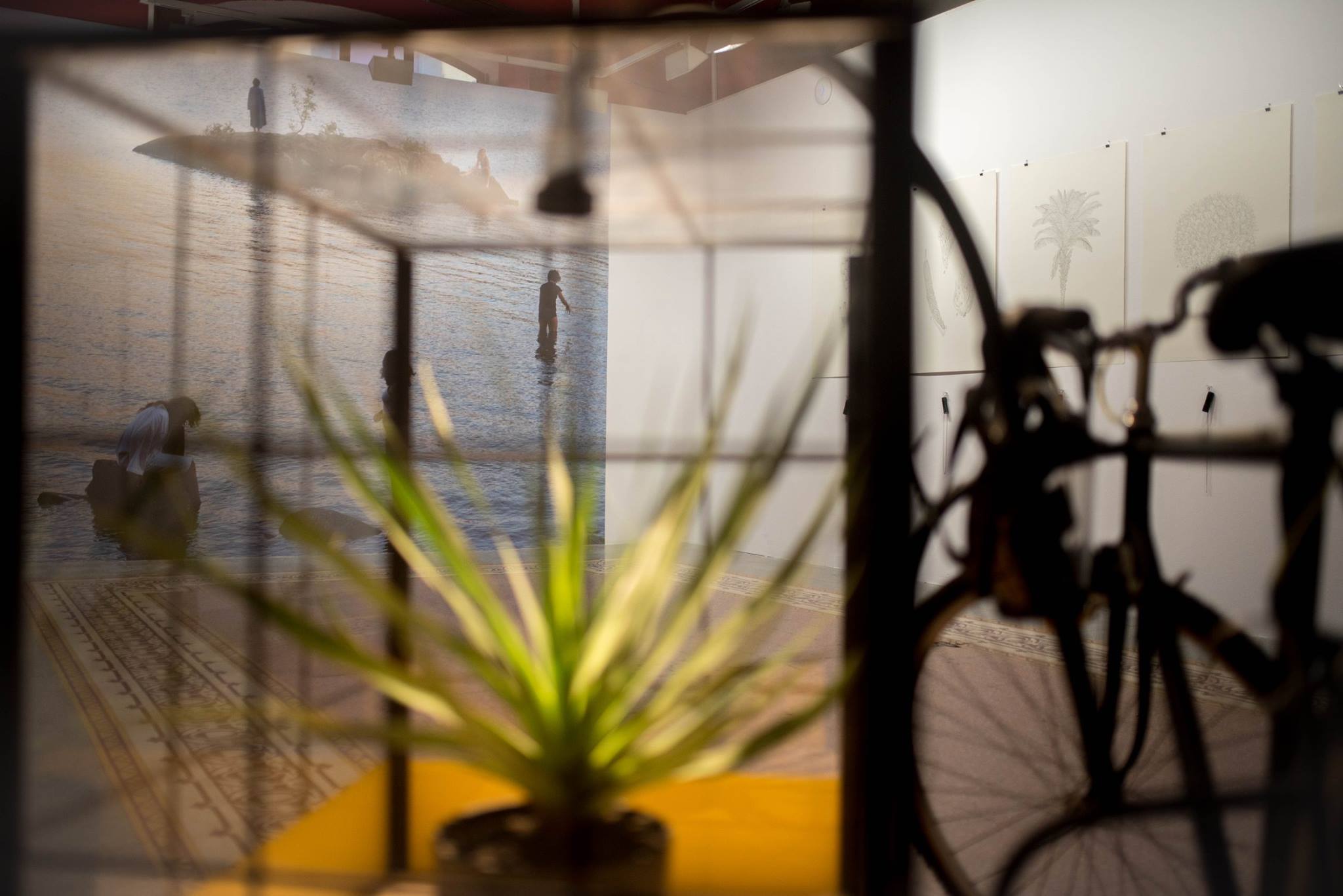 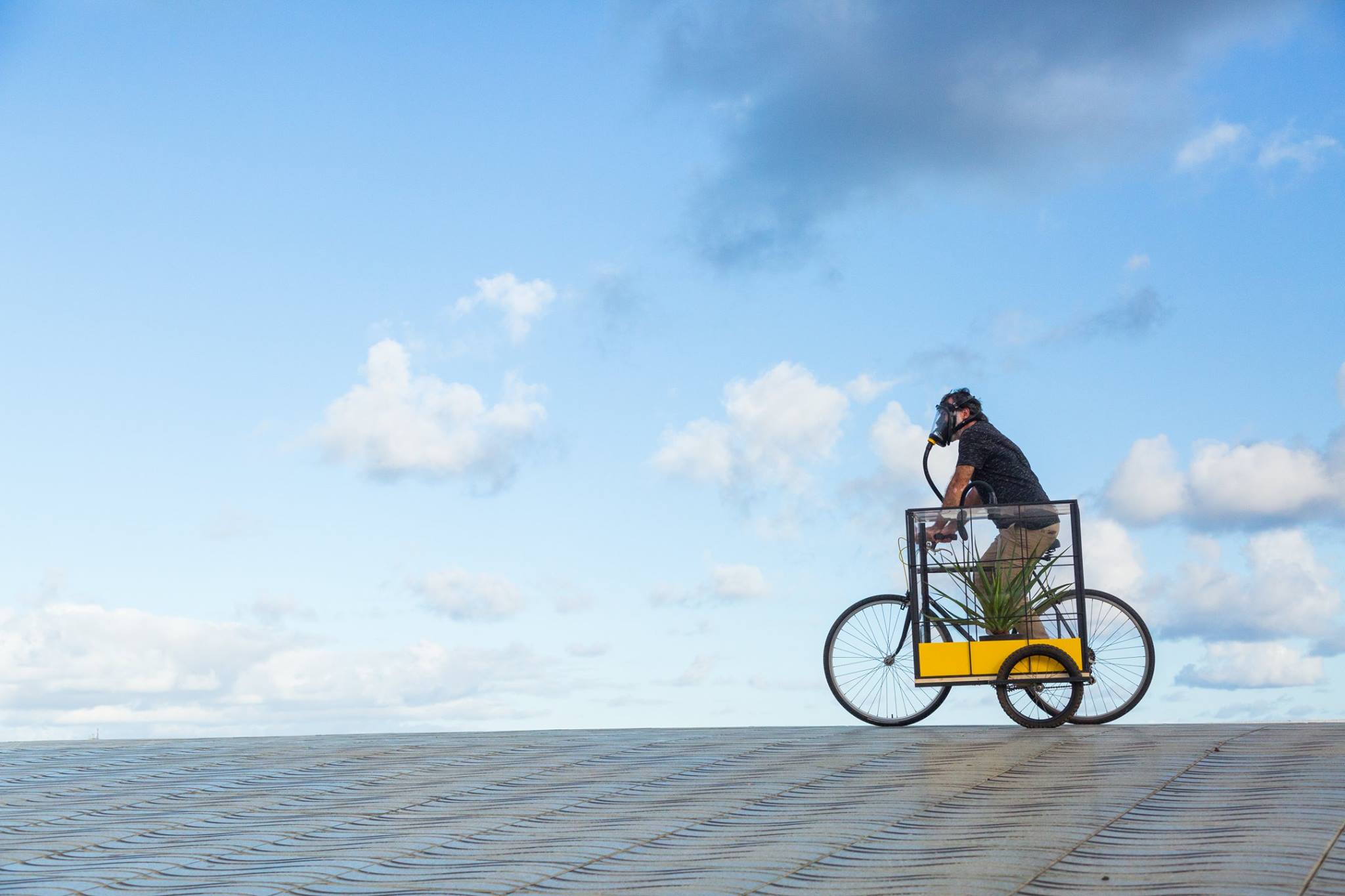 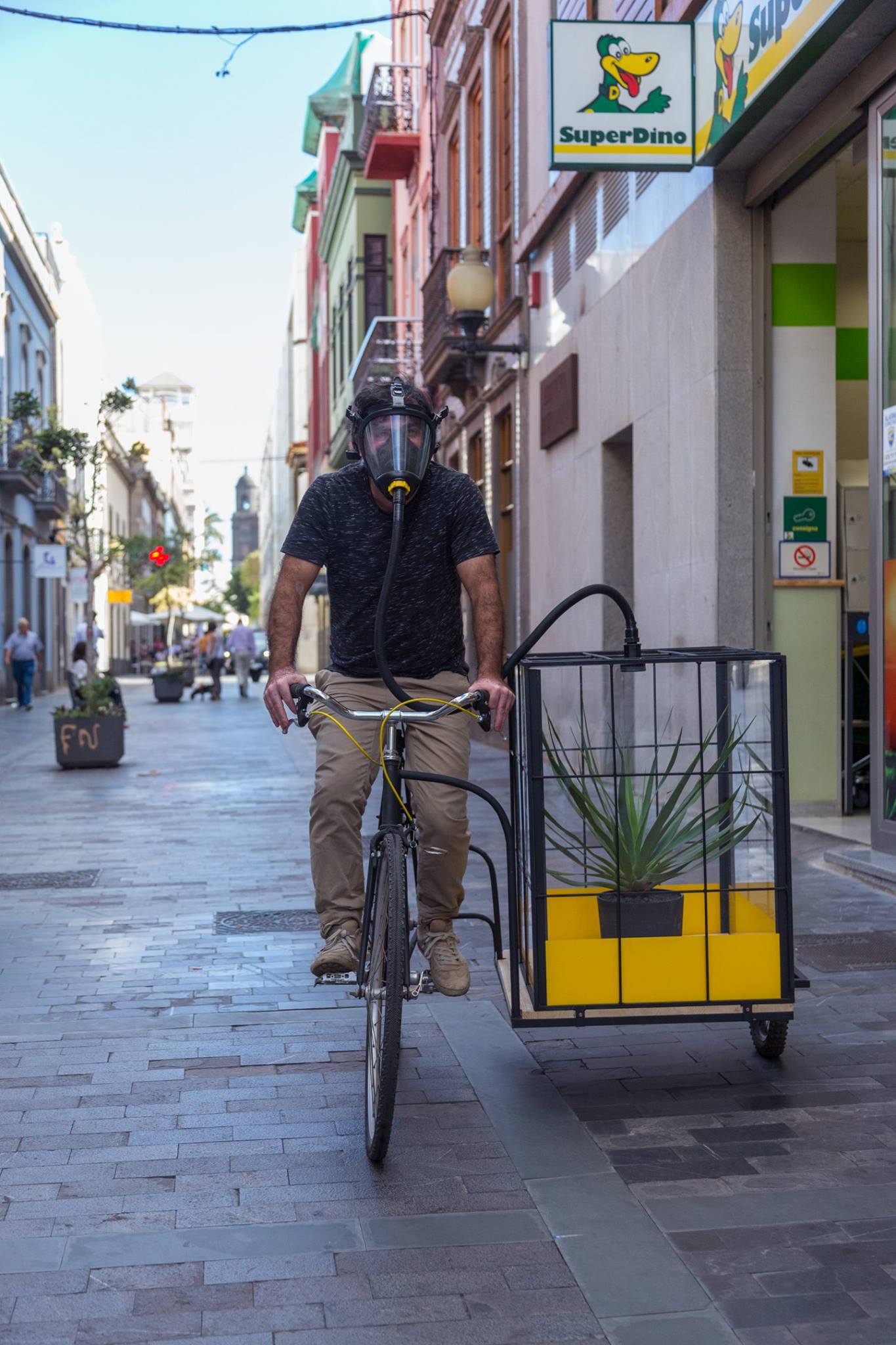 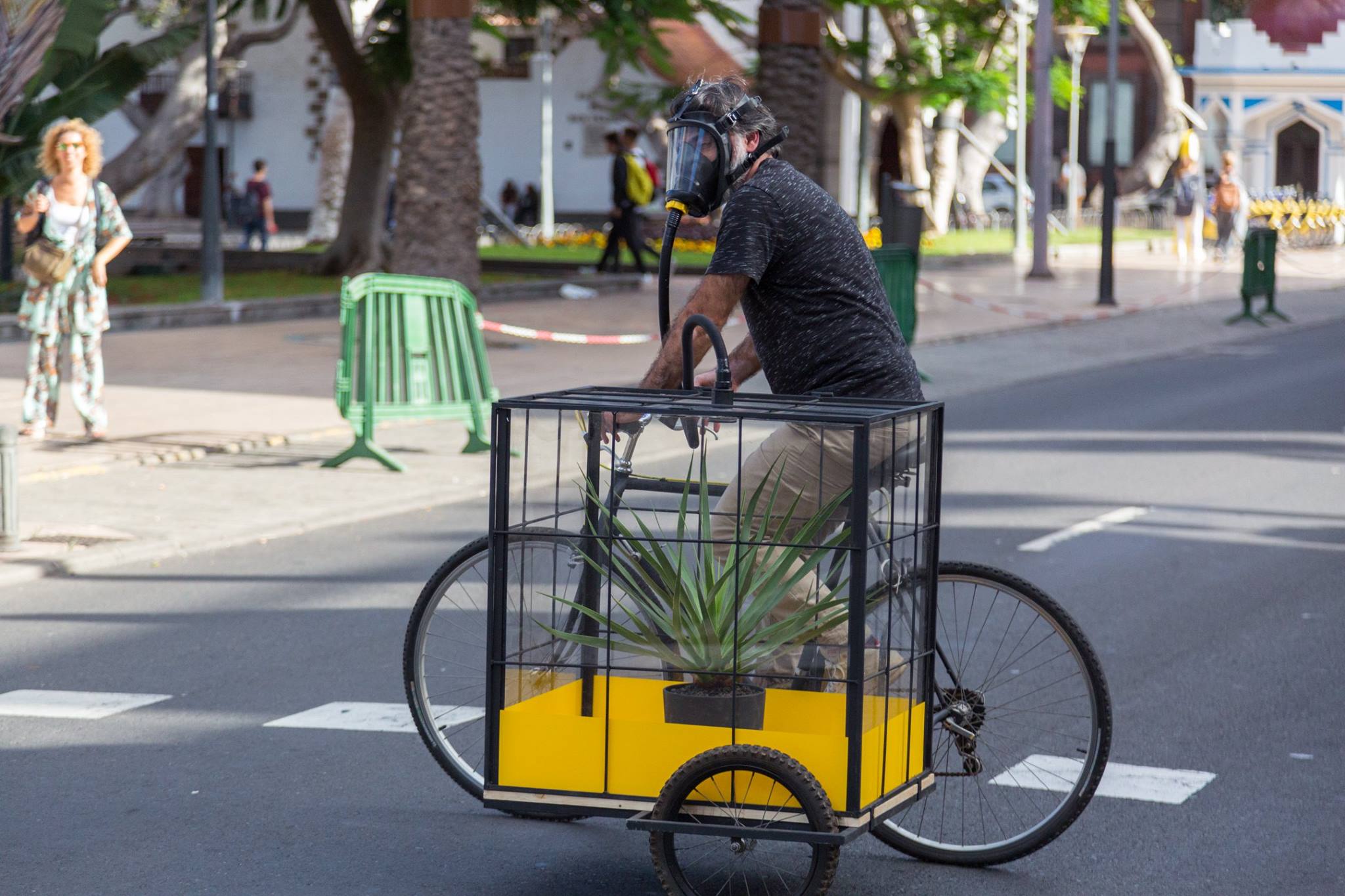 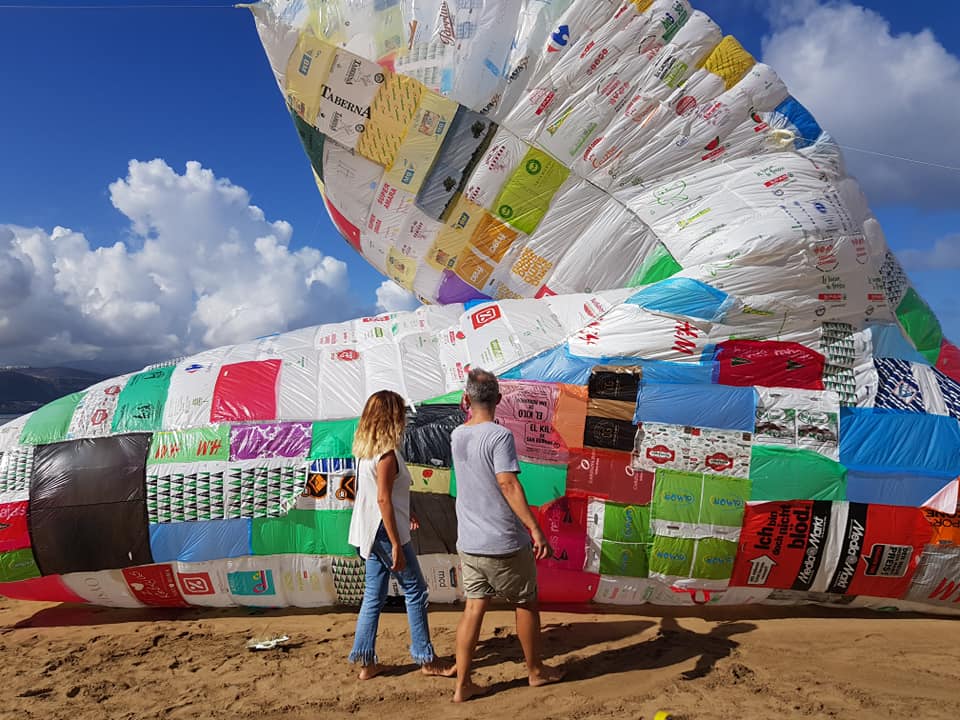 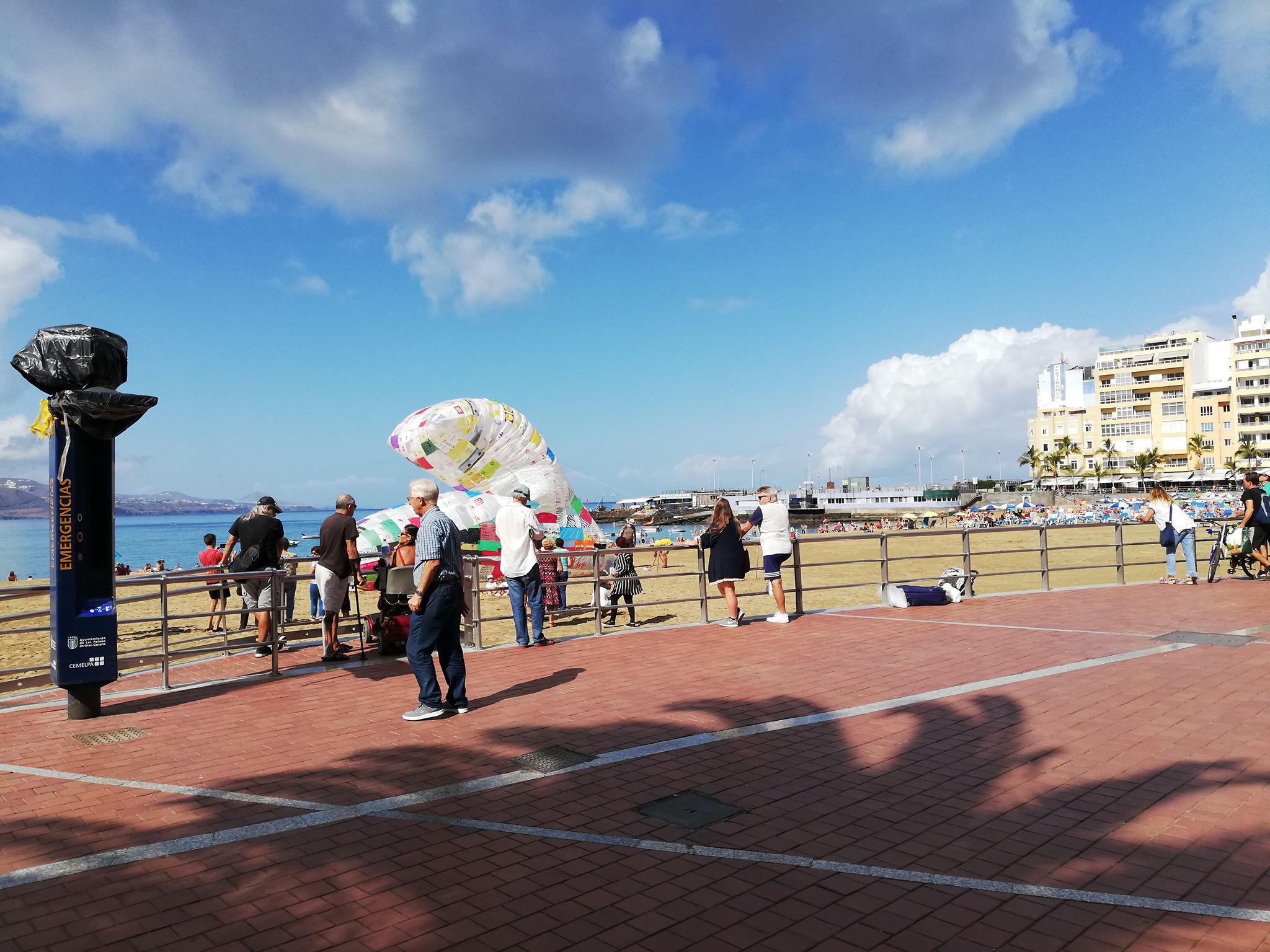 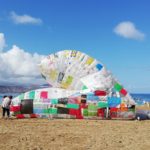 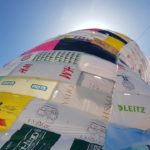 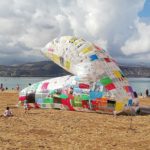 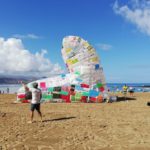 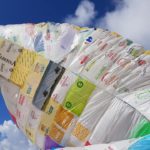 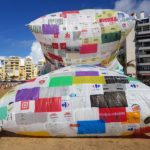 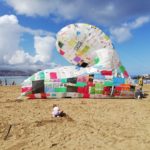 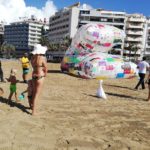 The exhibition “Biotopias” is promoted by the environmental association “Muévete por el Clima” [“Move for the Climate”] and organized by the Department of Environment of the Cabildo de Gran Canaria with the support of the Office of Citizen Participation of the city of Las Palmas de Gran Canaria. “Biotopias” will coincide with the international conference “Archipelago and Ocean Event: Impact of Climate Change in the Insular Territories”, which will be held at Gabinete Literario from October 22 to 27. “Biotopias”, which will begin a week before, will last a whole month, occupying the Social Art Room of Gabinete Literario, which is being planned and curated by the creation, theory and management team PSJM (Cynthia Viera and Pablo San José). There will also be interventions at Las Canteras beach and the streets of the capital of Gran Canaria with artistic actions that want to raise awareness among the public.

“Biotope”, in biology and ecology, refers to an area of ​​uniform environmental conditions that provides vital space for a set of flora and fauna: a living environment. The term “biotopias” is a neologism that PSJM proposes to poetically characterize aesthetic responses to the situation of urgency of the planet. “Biotopias” takes its meaning from “biotope,” but it also relates to Foucault’s theory of space. In this theory, the French philosopher distinguished three classes of spaces: the topies (real and everyday spaces), utopias (ideal spaces, not real) and heterotopias (real spaces, but separated from the everyday life). The phonetics of “biotopias” refers to both living environments and those places halfway between everyday life and utopia. Exceptional spaces of life created to raise awareness. As Marcuse claimed in The Aesthetic Dimension, art must propose «promises of happiness», utopias, regulatory ideas that must be pursued. This way the interventions proposed for “Biotopias” are poetic actions that establish a utopia in the topia, ecological micro-utopias that can be achieved.

All the pieces that take part in the exhibition have been created specifically for the occasion, with the mind set on the creation of sustainable works of art, produced locally in order to incur the minimum possible emissions due to the transport of works. For the curatorial approach, it has also been present the combination of peninsula residents artists and local ones with repercussion abroad, as well as the equal balance in relation to gender equality. The collaborative and participatory nature of the proposals and the performance both in the exhibition hall and in the public space have also been determining factors in shaping this exhibition project. On the other hand, the spectacular nature and the ecological, collaborative and educational values ​​of the interventions seem to guarantee the visibility that requires fulfilling the main objective of the exhibition: to raise awareness through creativity and the ethical behaviour of environmental justice.

“In Love We Trash. Las Palmas GC” is the latest in a series of projects in which the collective Basurama uses waste plastic to generate inflatable spaces. Two icons of the consumer society, the supermarket plastic bag and the plastic of packaging, become raw material to build a large space based on air powered by domestic fans. The spectacular inflatable that Basurama will present the morning of Saturday, October 27 at Las Canteras beach will be the result of the collaborative workshop held on October 25 and 26 at Real Club Victoria. During these two days, children and adults will count and classify the plastic collected during the previous week at Gabinete Literario, and they will put the pieces together with adhesive tape in order to shape this impressive space. The entire process will be recorded on video and shown in the Social Art Room of Gabinete Literario. Basurama insist on reminding us of the replicable character of these constructions, encouraging citizens to inflate “their own plastic trash”.

Basurama is a collective dedicated to research, creation and cultural and environmental production founded in 2001 that has focused its area of ​​study and action in the productive processes, the generation of waste that these imply and the creative possibilities that these contemporary conjunctures arouse. Born in the School of Architecture of Madrid as “a garbage festival”, it has evolved and adopted new forms since its origins. It aims to study phenomena inherent in the mass production of real and virtual garbage in the consumer society, providing new visions that act as generators of thought and attitude. The collective has carried out more than 100 projects in four continents, it has its base in Madrid and a permanent office in Sao Paulo (Brazil) and Bilbao (Spain).

The artist from Gran Canaria Luna Bengoechea presents “Elaeis guineensis”, a series of drawings with light installation that focus on oil palm cultivation (palm oil), which is generating a huge environmental impact worldwide. Especially serious in Southeast Asia and Latin America, where these plantations are replacing 40% tropical forests and 32% natural pastures and basic grain cultivation areas. The loss of biodiversity, the disappearance of species habitat and the contamination of water and air due to large fires are some of the most well-known environmental impacts so far caused by oil palm plantations, which also have harmful effects for people’s health.

Luna Bengoechea (Madrid, 1984) resides in Gran Canaria since she was nine months old. Her work has focused on discovering, with a clean poetic and elegant finishing touches, certain aspects related to the society of risk: the contemporary and free circulation of poisons in food and the dangers of transgenic. She has also been concerned with such current issues as stock market speculation on seeds and the monetary and economic implications of the trade in plant life. The piece that Bengoechea has made specifically for “Biotopias” is part of the line of works of her solo exhibition “It’s Alive”, which shows drawings made in a style that evokes the scientific illustrations of botany and that, by means of the application of black light, reveal the chemical composition of the transgenic. In this case, Bengoechea invites the public to make an interactive approach to the work; they can go from white light to black light using a switch and discover uncomfortable truths about palm oil. A plastic visualization strategy that seeks to raise awareness about industrial production models and their impact on the environment, and on the health of the land and people.

The photographer Carmela García (Lanzarote, 1964) has exhibited her work individually in museums such as Reina Sofía. Her participation in the exhibition “Biotopias” comes to cover an essential part of the environmental discourse: the one that has to do with a poetic vision of eco-feminism. The work presented by Carmela García belongs to her series “Paradise”, from 2003, but its form of presentation, wallpapering from floor to ceiling one of the walls of the room, makes this image incorporate new meanings. If in its original form of presentation this image was framed and printed on high quality photographic paper, constituting a museum or gallery piece, now the oversize and the use of the plotter brings the work closer to advertising or propaganda, endowing the image with an activist look: an eco-feminist symbol away from the market, since the work will disappear at the end of the exhibition.

The photographic image that Carmela García brings us contains the poetic proclamation of a new world. As Yolanda Peralta writes in the volume of the Library of Canarian Artists dedicated to the Lanzarote artist: “‘Paradise’ raises the inclusiveness of everyone as a way for reconciliation and cooperation with the natural environment. The absence of men in this series symbolizes the absence of patriarchal discourse and, therefore, the opportunity to start over, being women responsible for reconciling with nature on behalf of all, because both they and nature have been oppressed and subjugated by the patriarchal system. What emerges from the relationship between the feminine and the natural, between women and nature? The Arcadia in which peace and happiness reign emerges, the deep understanding of everything that surrounds us in an idyllic environment”. A vision of the solution to the environmental problem crossed by the gender problem that undoubtedly paves the way for reflection and debate.

“Locative Breathing”, by Santiago Morilla (Madrid, 1973), consists in the production of a sidecar greenhouse welded to a bicycle, in which a Canarian Drago (Dracaena draco) rests connected to an autonomous system of closed breathing. The breathing tube connects the mask of the cyclist with the interior of the greenhouse, which acts as a portable filter. This generates a mutual feedback between the exhaled CO2 of the cyclist and the oxygen produced by the Drago and, of course, a local immersion in the sensitive nature of the plant itself, a fact that occurs at the same time as he/she is olfactory isolated from the external environment. This work is not a 100% functional device, but a symbolic statement about the concept of human interdependence and interference in the local adaptation of natural environments. The production of the “Locative Breathing” project has been carried out with a local team of collaborators (welders, carpenters, botanists, etc.). Both the design and the final formalization have been supervised by the artist, but always open to changes and conceptual incorporations of the collaborators themselves.

The urban drifts carried out by “Locative Breathing” will be registered by GPS and documented cartographically, and the data extracted from the experience will be spread through the website of the artist. It is a collaborative and inclusive project. An action will be held on October 16 in which the artist invites the public to pedal with the Drago “to breathe it, smell it, understand it and interact at various levels of consciousness, both public and private, while we expose each other”. The action in the public space will be recorded in video format and it will be shown at the Gabinete Literario room, next to the greenhouse sidecar, which will occupy the hall of the capital’s cultural centre and which can be seen from October 18 until the November 17.

BIOTOPIAS
artistic interventions in the face of the environmental problem