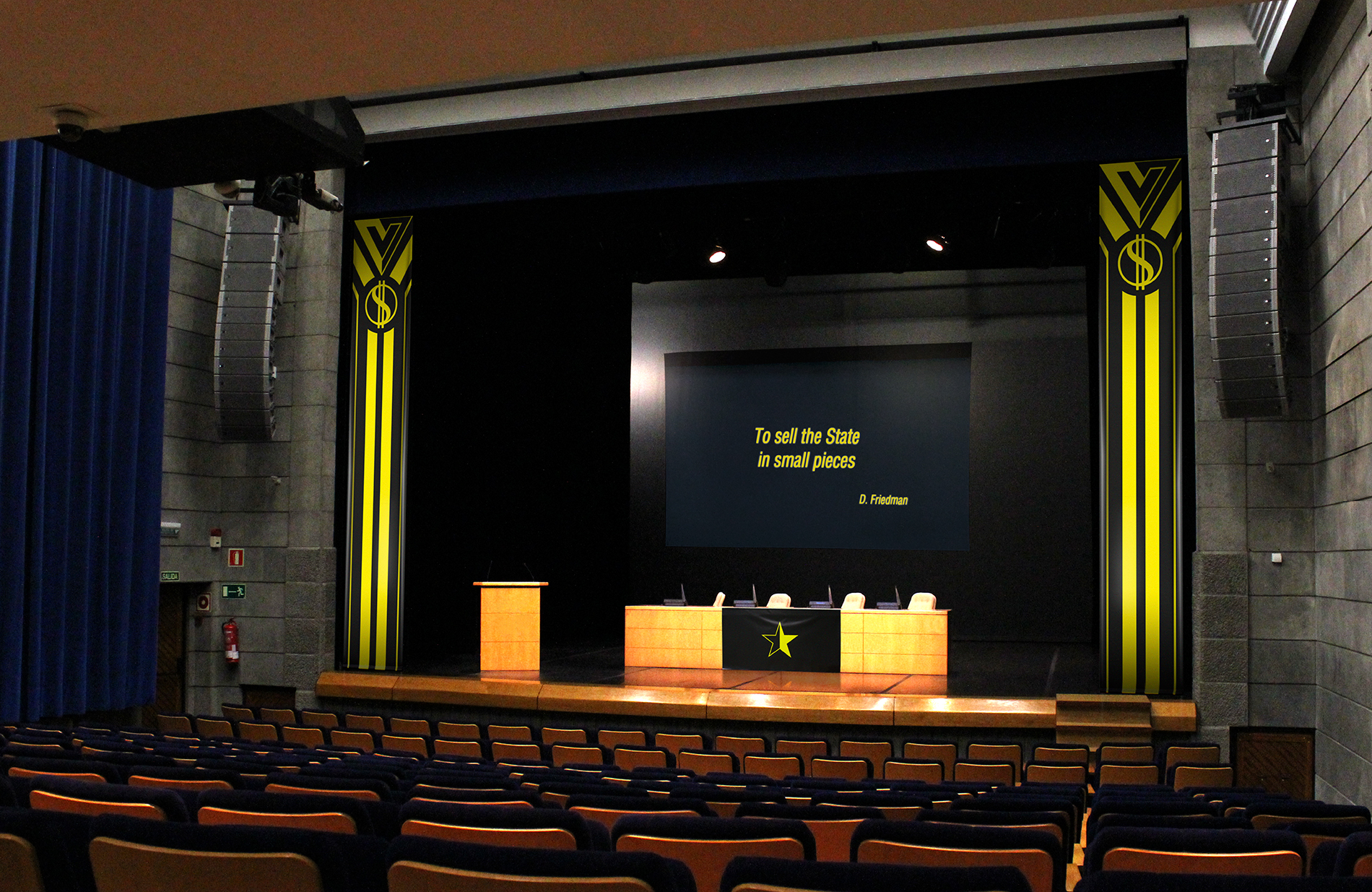 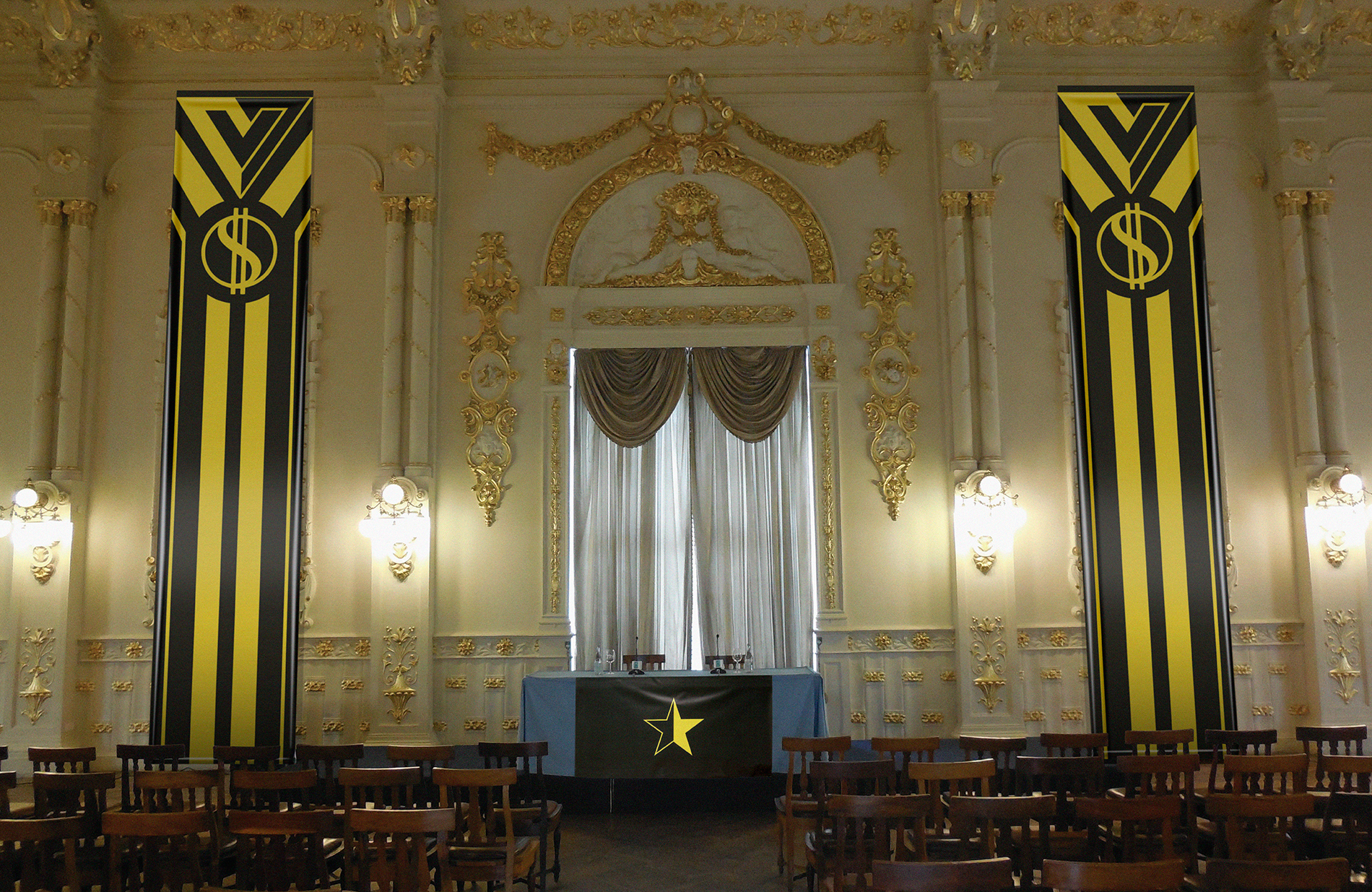 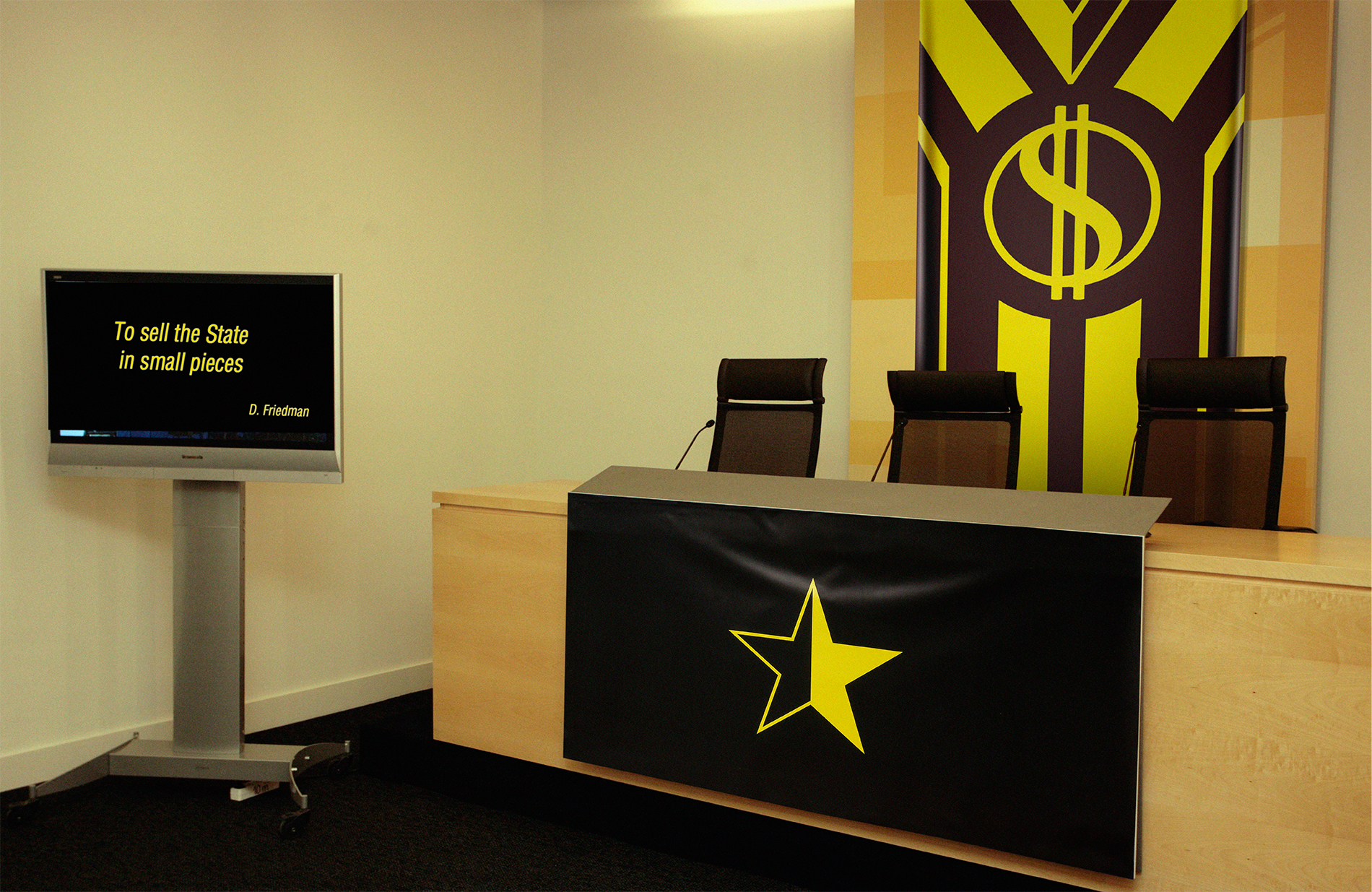 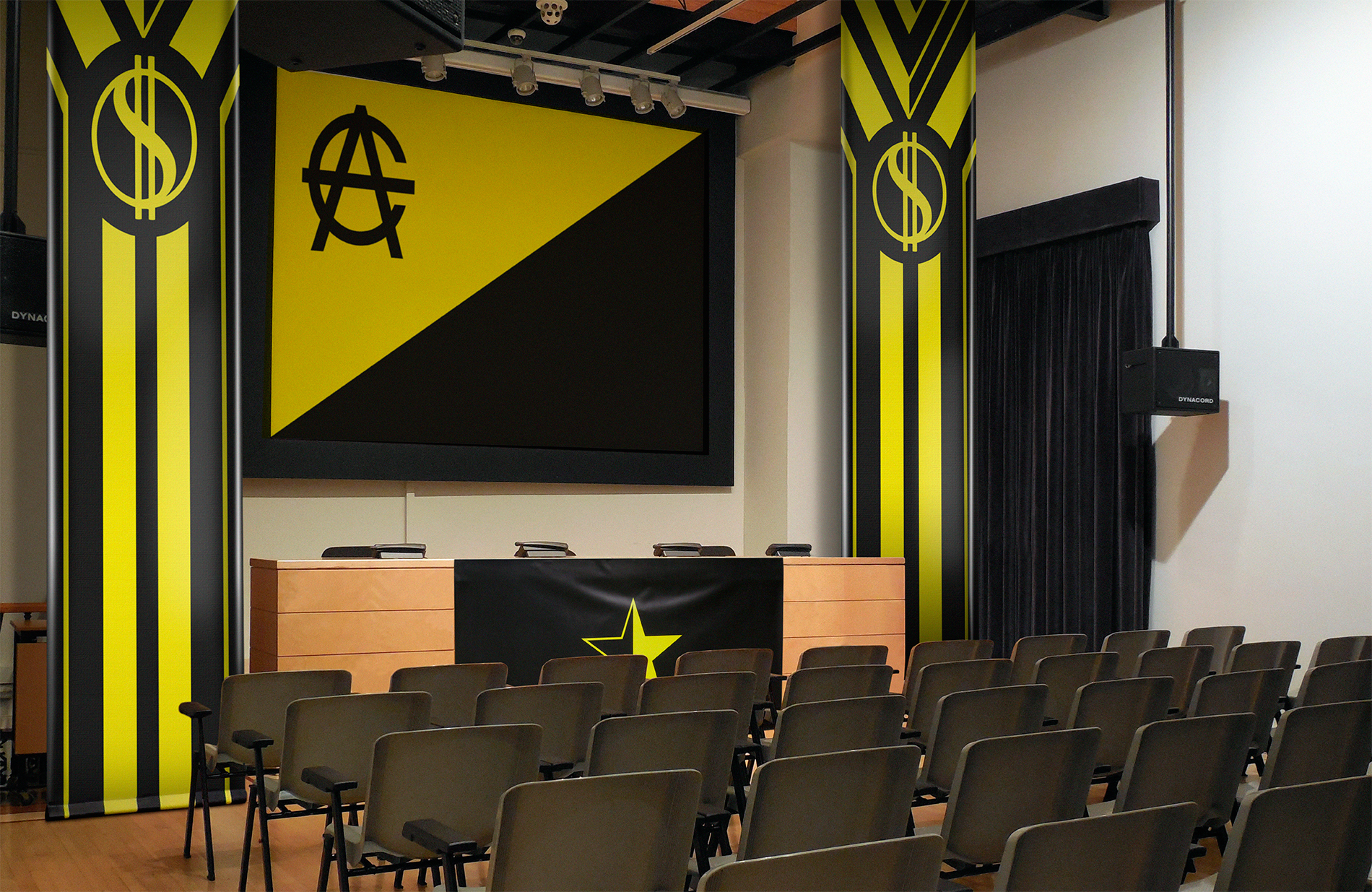 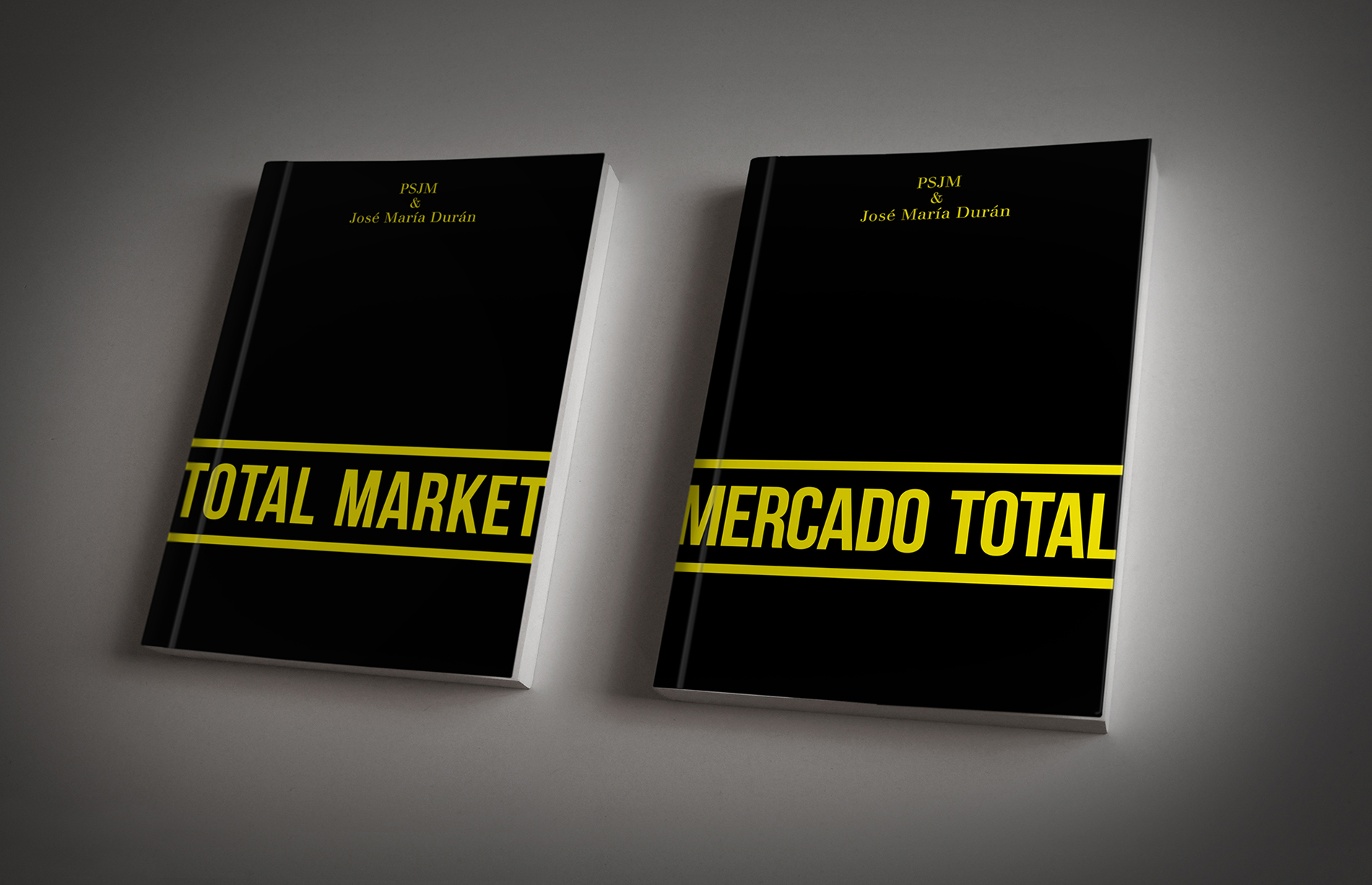 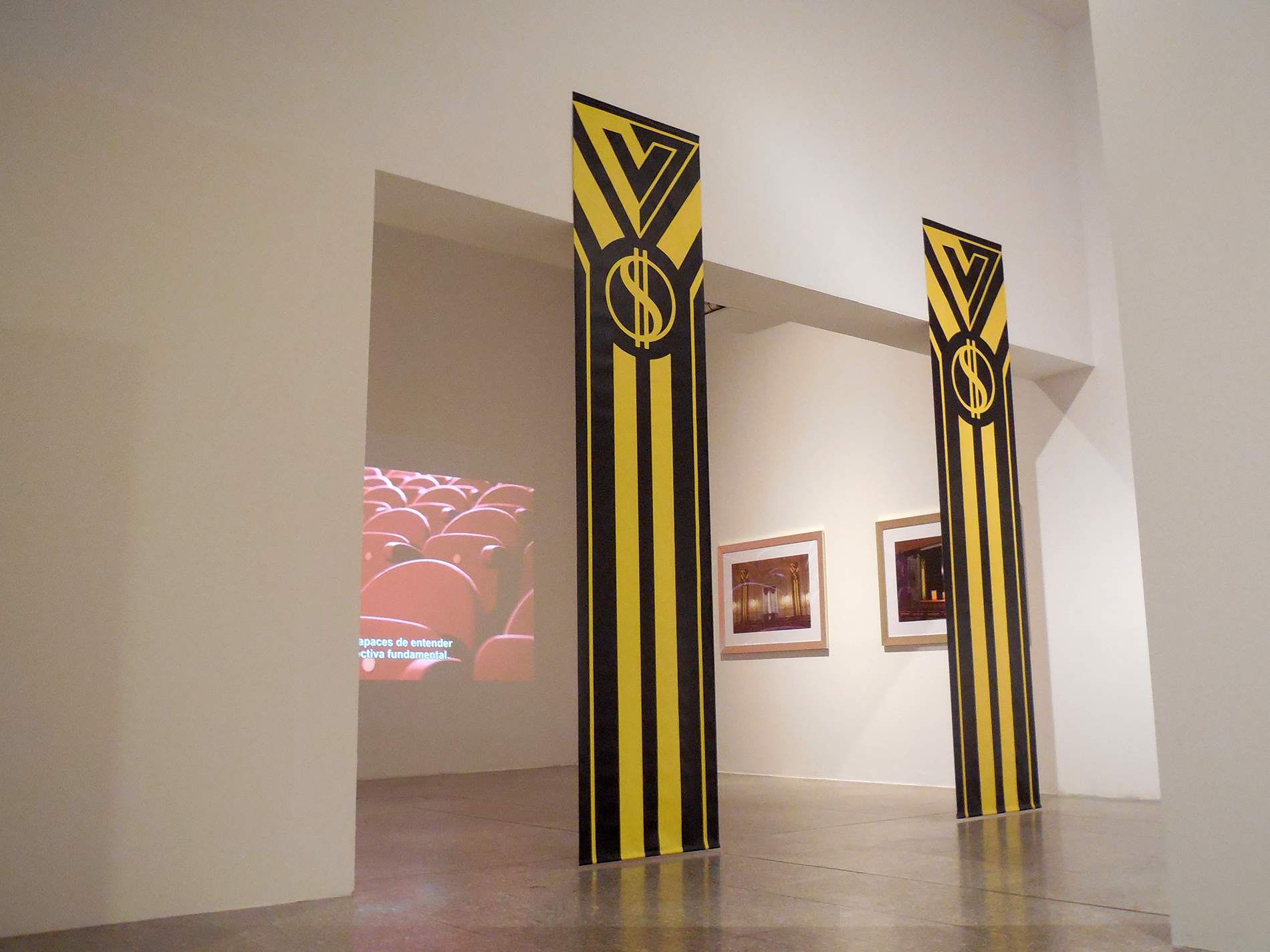 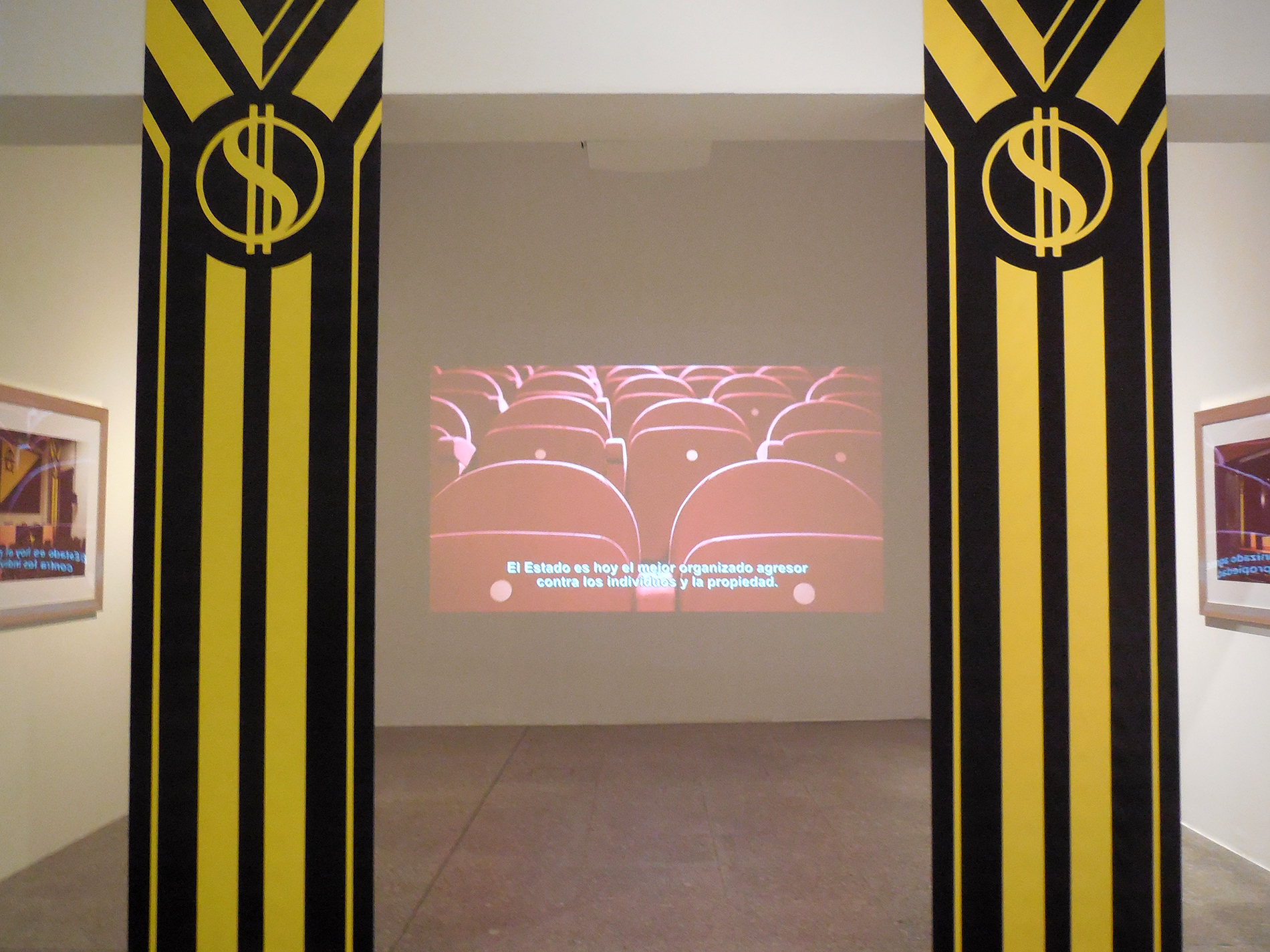 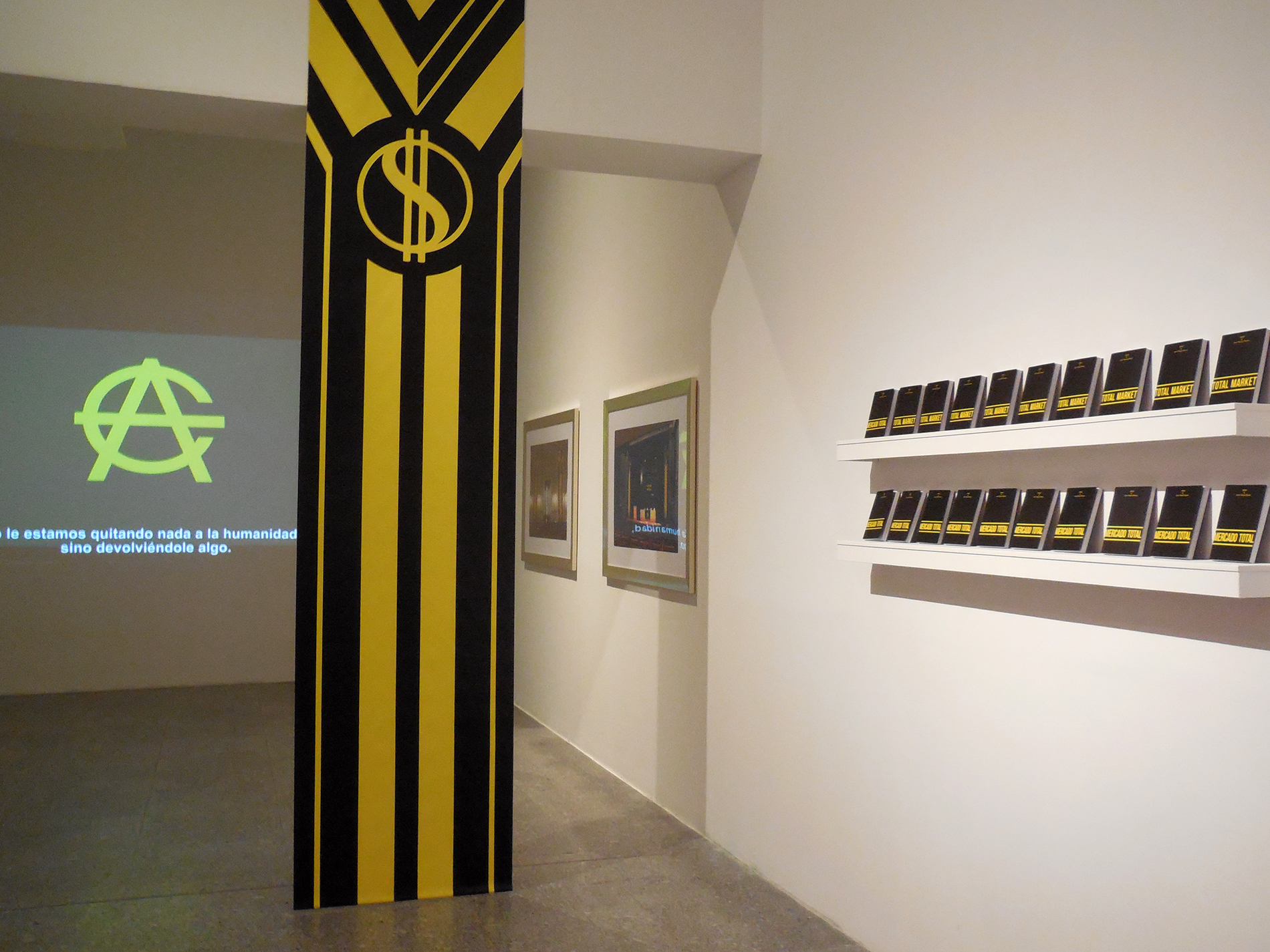 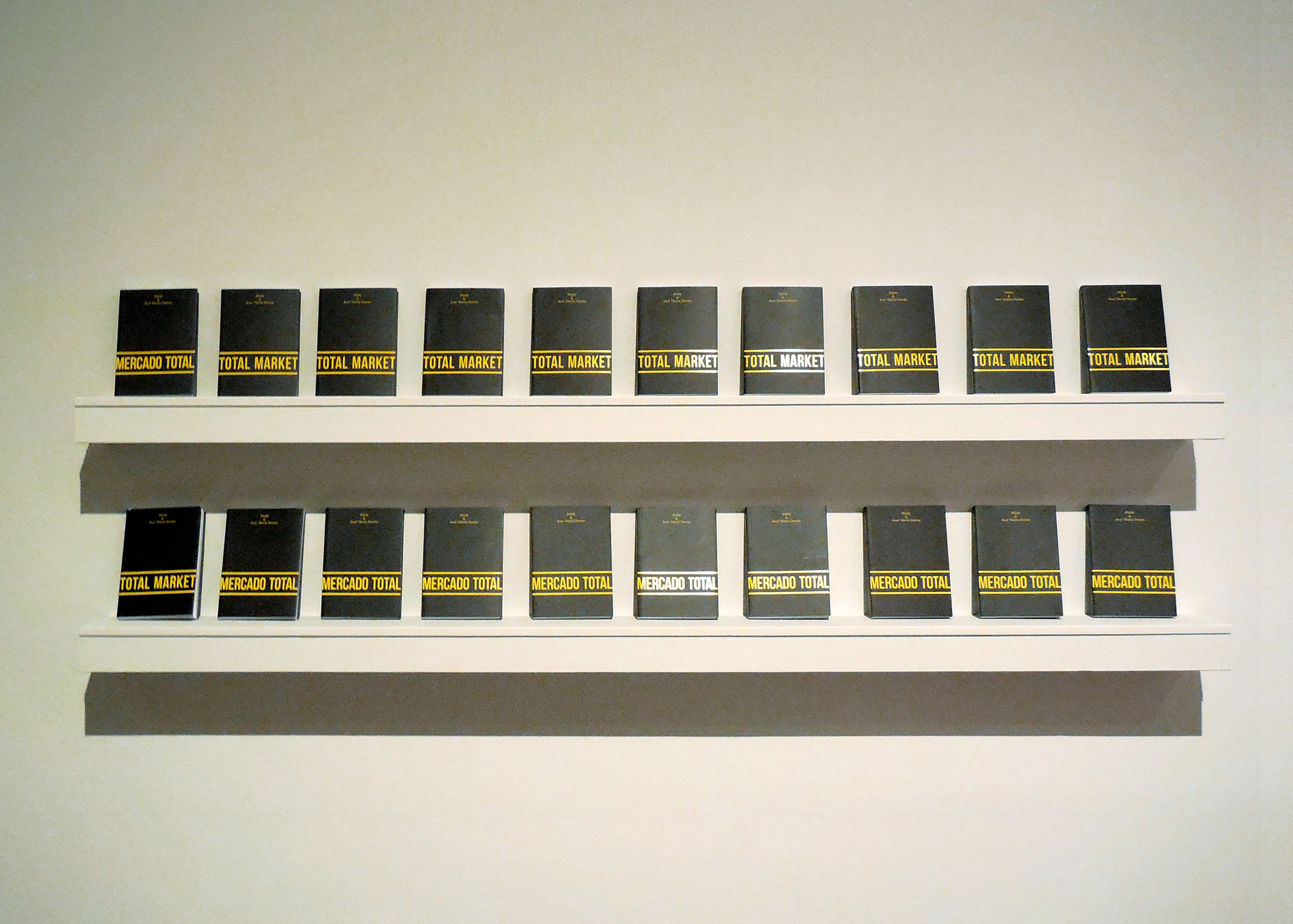 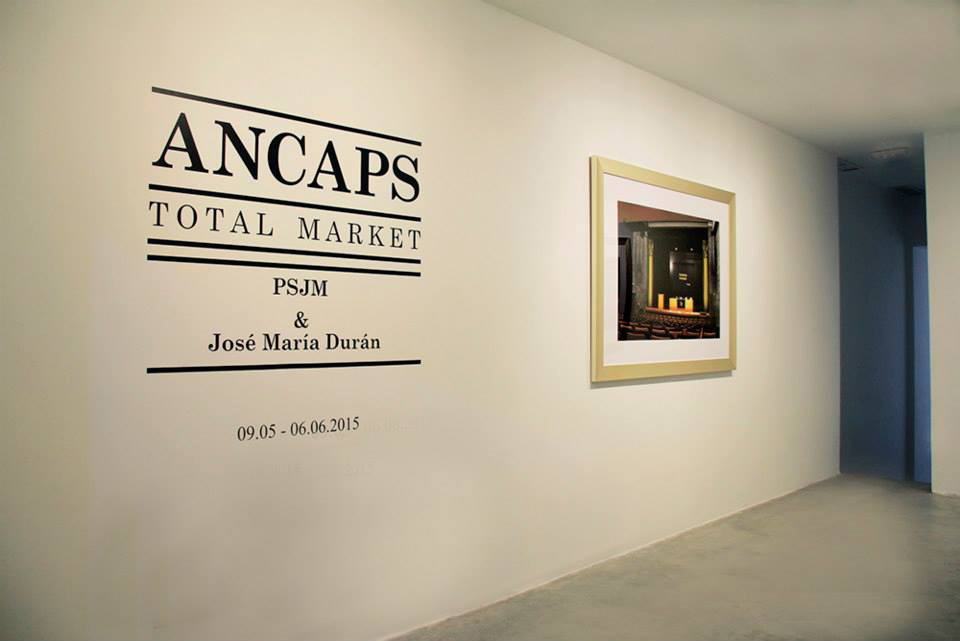 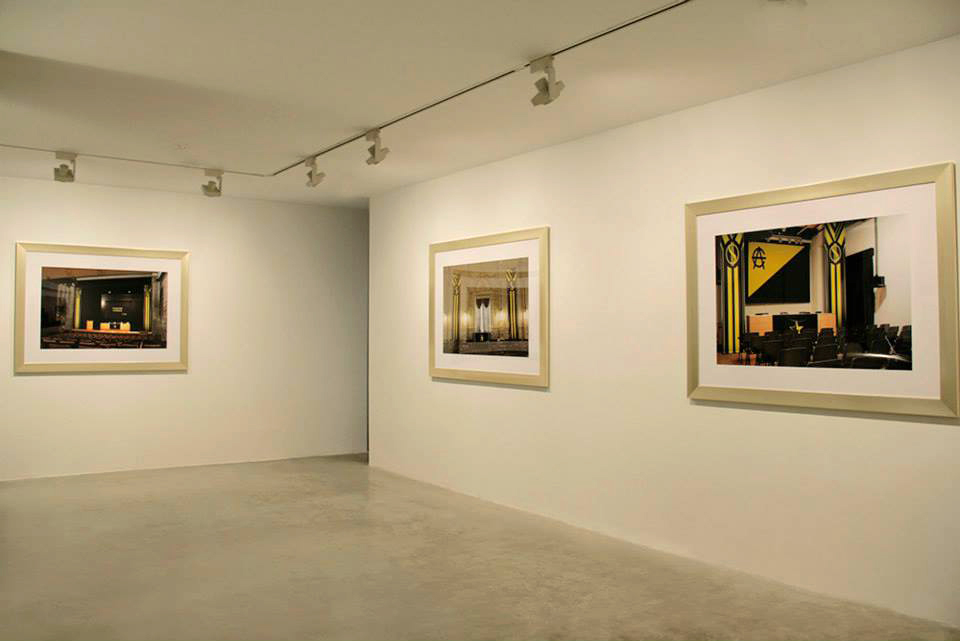 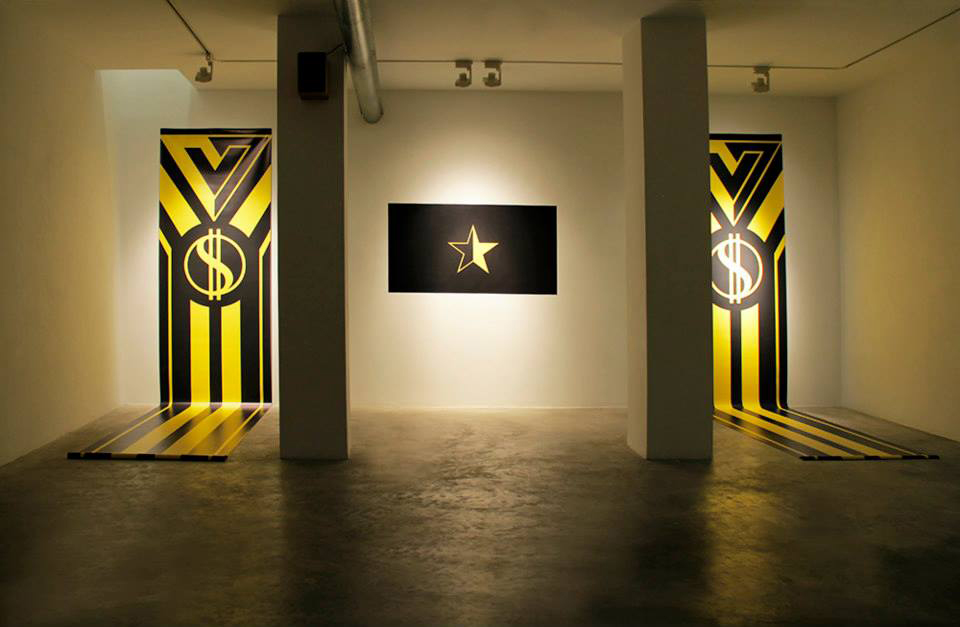 On this occasion, PSJM has enjoyed the cooperation of the researcher and theorist José María Durán.

ANCAPS: Total Market wants to stage through iconographic and discursive means the most radical faction of today’s neoliberal dominant ideology: anarcho-capitalism, a political philosophy and economics grown out of the Austrian School of economic thought.

The Austrian School of economics originated in 1871 with the publication of Carl Menger’s book Principles of Economics. In the first half of the 20th century Ludwig von Mises became one of the most influential economists of the School. Friedrich von Hayek and Murray Rothbard, both disciples of Mises, represent two opposite factions within it. Hayek will have a decisive influence on Margaret Thatcher. Murray Rothbard, even more radical, will coin in 1949 the term “anarcho-capitalism” as he unites Austrian economics with classical liberalism and individual anarchism. Well-known ancaps (as they identify themselves) are for example David Friedman, the son of the influential Milton Friedman (from the Chicago School of economics), who has coined the phrase: “To sell the State in small pieces”. Their uncompromising defence of individual sovereignty along with free market entails something that has become apparent today: the absolute dominion of the market over society; without alternative. And when a social system has no alternative, it has become a totalitarian system. The phrase “total market” was coined by Henri Lepage, noted French anarcho-capitalist.

If the term neoliberalism somehow resonates within the population, even though the great majority doesn’t know its origins and what really means, anarcho-capitalism is to a great extent still unknown, even for the educated public. Nevertheless their theses exert great influence in national and transnational economies, for example evident in the ongoing cutbacks to the Welfare State. For this reason a strategy of giving visibility seems to be more necessary and pressing than ever.

The ancaps have their own iconography. The gold-black bisected flag (like the anarchist but black and yellow gold), the gold-black star (half black, half yellow gold), the V for Voluntary symbol, and the Libertatis Æquilibritas (the dollar sign in a circle). In the ANCAPS: Total Market project all this disparate iconography are re-enacted, recombined and redesigned to offer a uniform picture of totalitarian nature. Big banners, flags and posters are used to dress auditoriums, conference or exhibitions rooms emptied of people. The emptiness of these spaces will bestow upon them a puzzling and ambiguous character. There is nobody there, only iconography and discourse, pure ideology.

ANCAPS: Total Market consists of two different sections of equal importance. Each of them employ a different strategy of representation and awareness.

The first section consists of three elements: installation, photographs and video (for a description see below). Here a strategy of over-identification is in place. Over-identification is a psychoanalytic term attributed to the philosopher Slavoj Zizek to designate those works of art that reproduce the logic of the system truthfully. It is as if the system becomes honest out of the blue, exposing its true nature, and then prompting feelings of estrangement and uneasiness, moving the public to demand an explanation. This explanation makes up the second section of the project: the book Total Market. This is an essay of political philosophy in which anarcho-capitalist theory are analysed in depth. It consists of a critique of political economy and a critical ethics of ultraliberalism. With the book, a strategy of unveiling is adopted in order to reveal the hidden intentions of the ancaps, but also of the authors of the project. If the visual representation could pass as a celebration of the ancaps’ agenda, the book closes the circle to lay bare their ideology.

The edition of the book shouldn’t be seen as an addition to the installation, like a catalogue. More than that it is a fundamental part of the whole piece, essential to the articulation of the project, which is basically an exercise on political philosophy unfolding through an iconographic rearrangement in relation with the spaces and the rhetoric of theoretical discourse.